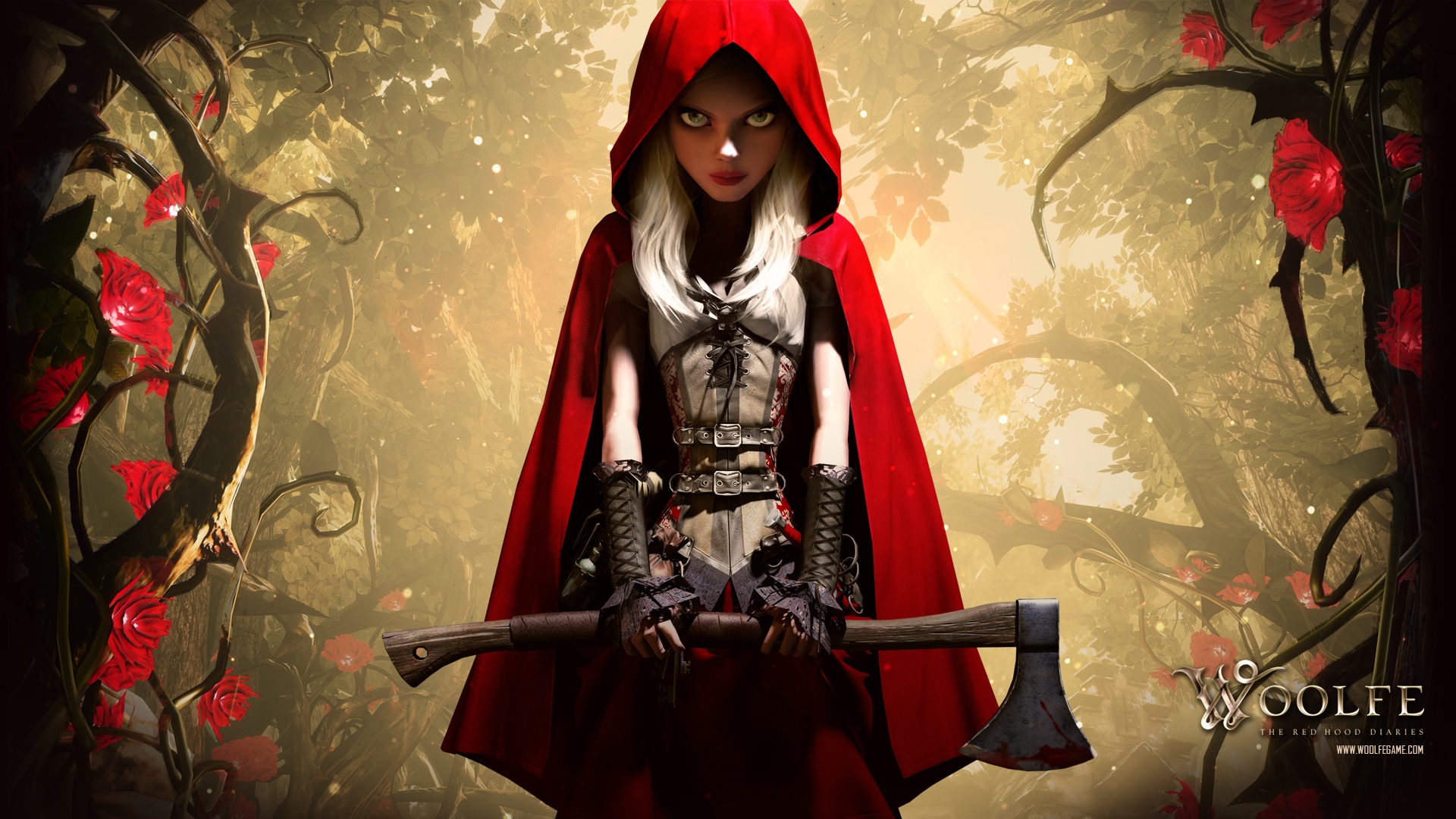 There’s been in a trend in mainstream media in recent years to re-imagine classic fairly tales with a darker, more adult tone. However since the established classic versions are actually fairly sanitised versions of the original Grimm Brother original stories anyway it could be argued they’re actually more faithful – in tone at least, if not the story itself. That’s certainly the case in Woolfe: The Red Hood Diaries where Red Riding Hood is an axe-wielding vigilante taking on evil industrialist B. B. Woolfe and his tin man army in this title by Belgian development team GRIN.

The first thing you notice with Woolfe are the beautiful and atmospheric graphics. Powered by the Unreal Engine 3 everything looks suitably fairly-tale ish whether it’s in medieval town illuminated by flickering candlelight or the mysteriously twisted forest, and Red herself looks particularly impressive as she swishes her axe around. However the beauty of the game is generally only skin deep as you can’t deviate from the set path to explore, and interactivity is limited to smashing a few crates. 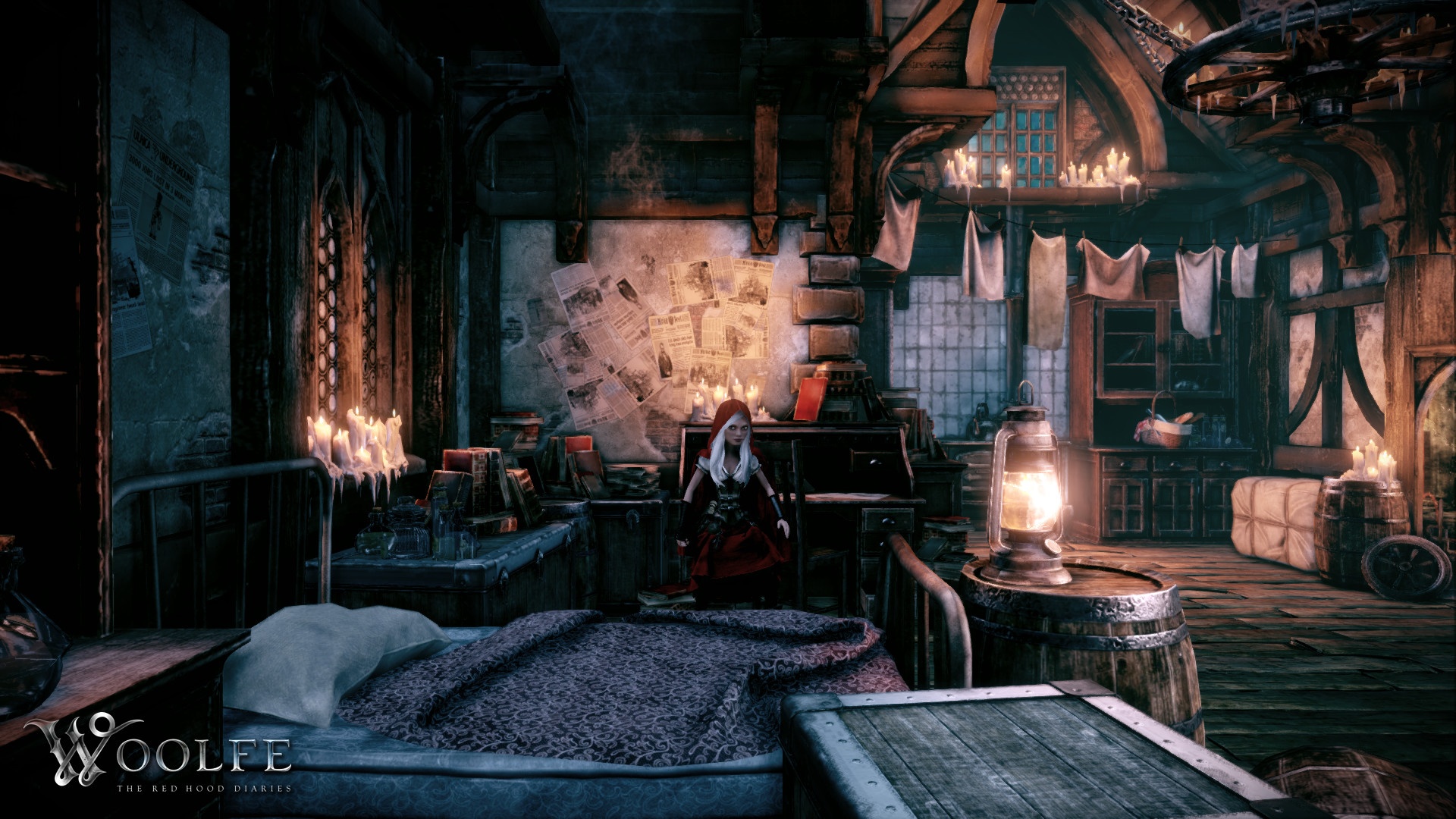 GRIN openly admit that the origins of Woolfe began with some iconic imagery of Red and the game grew from there and I can’t begrudge this approach, the striking visuals certainly helped generate publicity and led to both an impressive Kickstarter campaign with over $70,000 raised and the game gaining Steam Greenlight status in remarkable time. However the other areas of the game are certainly in need of more polish. Despite claims that this isn’t a simple hack ‘n slash title it most certainly is – combat against robot guards or evil critters is extremely rudimentary and I quickly learned that at any attempts of finesse were wasted and it was far more effective just to stand still and swipe away at enemies, accepting that any health lost can be recuperating by standing still for a few seconds to let your health recharge.

The platforming aspects are similarly underdeveloped and don’t pose much of a challenge, beyond the frustration of instant death due to wondering too close to a hazard or falling from a height slightly higher than your double-jump. There were also a few glitches that I encountered such as getting stuck on top of enemies, being killed by doors or falling straight through platforms that aren’t part of your designated path (on the odd occasions where you are able to explore without being blocked by invisible walls).

Even the audio hasn’t had too much time invested in it. Music and sound effects are adequate at least, but voice work is limited to just Red and Granny as both B. B. Woolfe and henchman the Pied Piper are silent throughout which robs the game of menace and tension. Red herself provides a constant narration of her adventure which is professionally voiced, even if the American accent does jar with the fairly tale setting. More off-putting however is the attempt to make Red’s every other sentence rhyme which quickly becomes comical in places – my personal favourite being the attempt to rhyme hood with food! 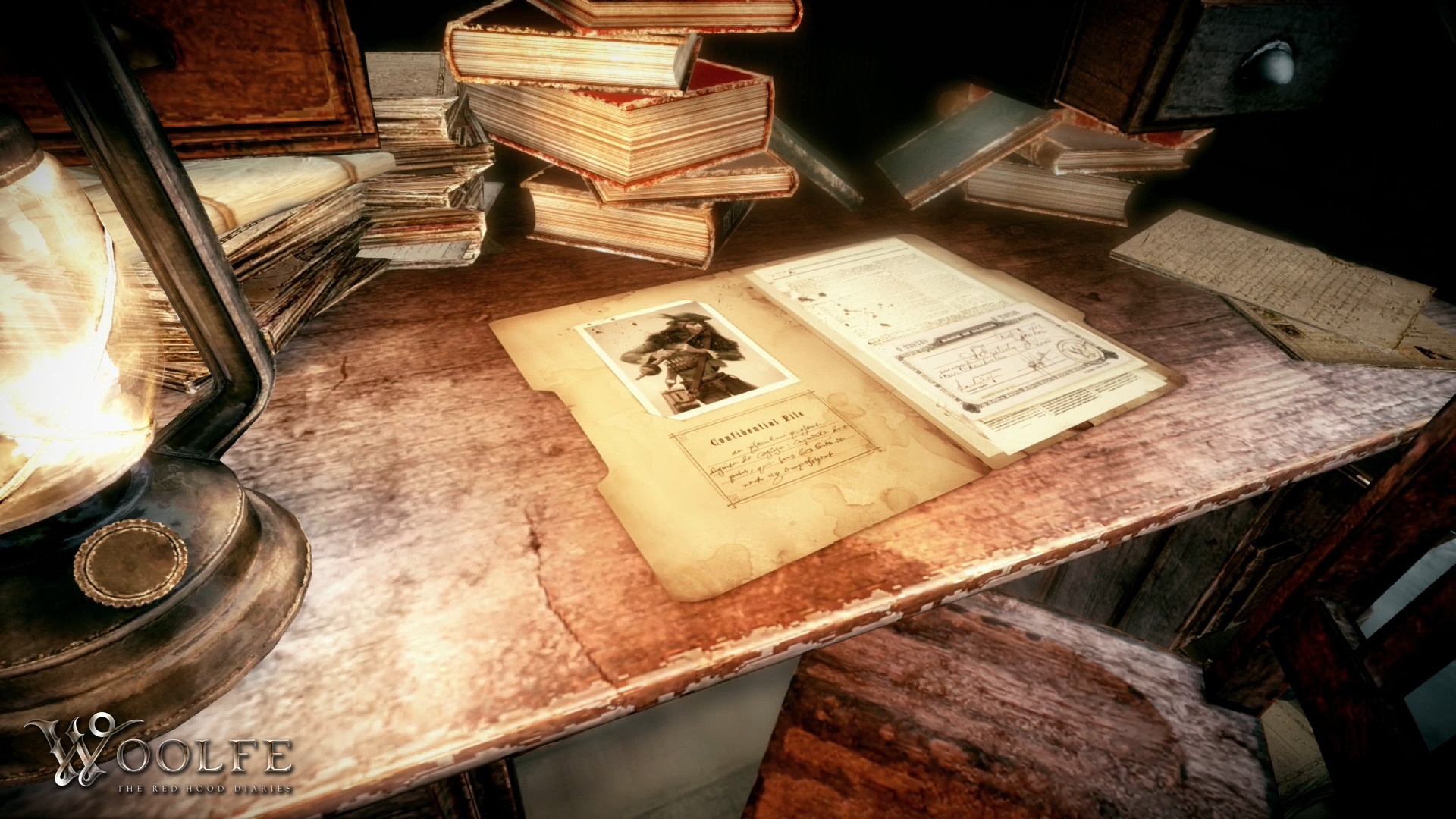 Despite my numerous criticisms, Woolfe is actually reasonably fun to play through and provides the sort of old-school gameplay you might expect from a PS2 title. It is very short however with only five areas, although gameplay is livened up with some well-paced chase sections. These almost make up for the poorly designed boss battles, of which there are only two, the first of which had resulted in me dying at least 20 times. However even with that hold-up I’d still ploughed through the game in less than four hours which isn’t really enough for a retail title. Admittedly the Kickstarter campaign hinted at numerous other features and plans which they were never able to incorporate, and there are clear signs that they’re aiming for a sequel, but there wasn’t enough for me here.

A small amount of incentive to replay the game is offered if you’re looking to collect the numerous collectibles to unlock artwork and diary entries which expand upon the story (the diary entries are actually quite involving and GRIN should possibly have looked to further incorporate them into the game itself). Woolfe: The Red Hood Diaries provides a generally competent and diverting gaming experience, but the attractive visuals can only do so much to hide the shortfalls in the rest of the game.