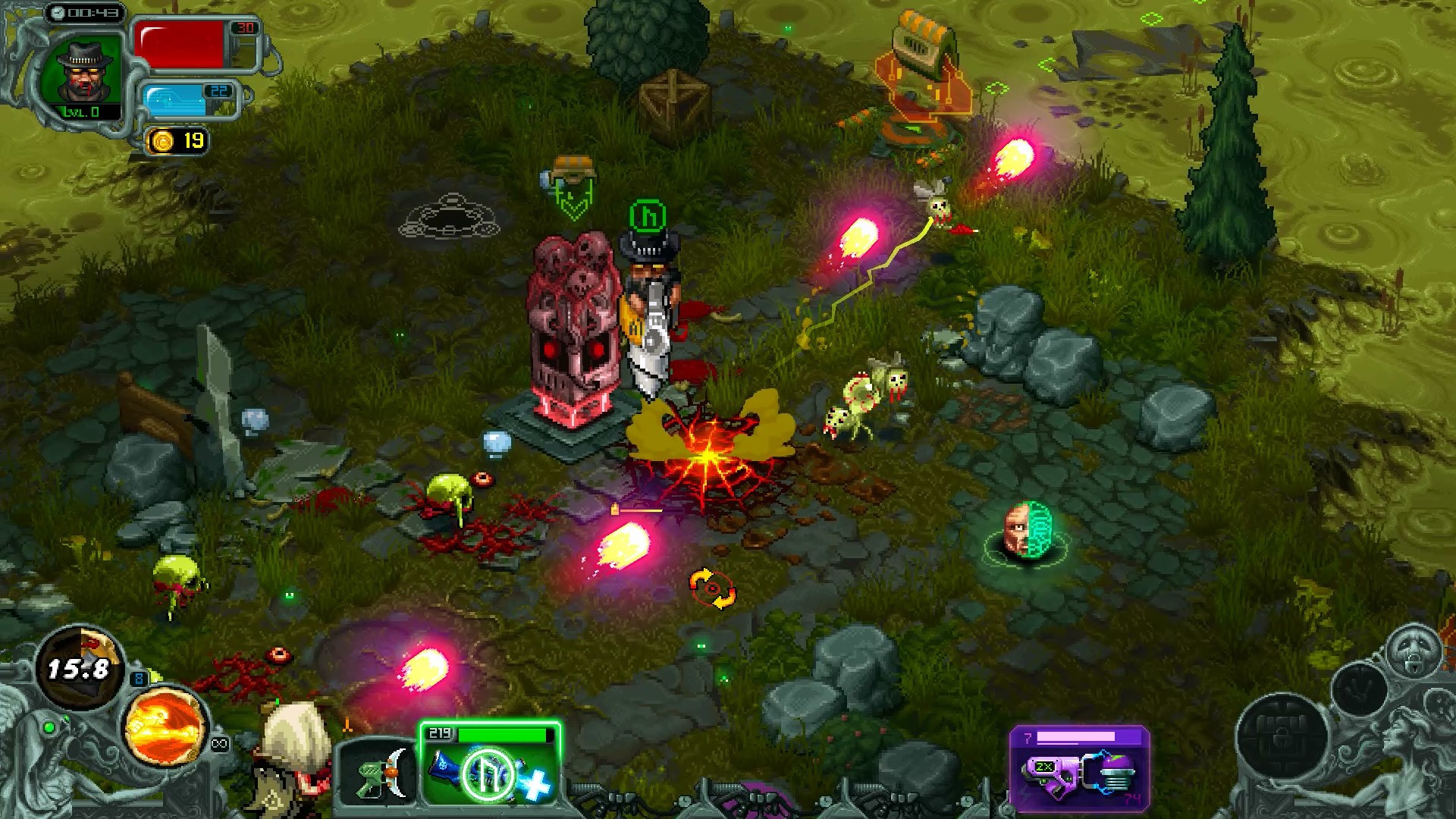 Yet another roguelite, right? I’m sure I can’t be the only one that keeps seeing so many of these pop up on Steam every few weeks. This is both a blessing and a curse, because while a lot of times these games will release a bare bones version with very little content into Early Access and stay there for what it feels like forever, a few times you might also run into something quite special. That is what I, Dracula: Genesis is, it’s a special thing.

I, Dracula: Genesis is a roguelite twin-stick shooter that delves into the bullet-hell realm, but that isn’t too hard to guess from just having a look at it. So, what sets it apart from other roguelites? Well, to be honest, I think that the things that are unique to I, Dracula: Genesis are probably not its strongest features, but instead it’s the gameplay that really makes this one of the best roguelites that I’ve played in recent times.

There is barely an introduction to how things operate here, you’re pretty much just thrown into the wolves and left to fend for yourself. Although sometimes I appreciate when games don’t hold my hand during the first few hours, I think that I, Dracula: Genesis’ biggest problem is how confusing the vast majority of its progression mechanics are. There’s a short and small tutorial, but this only teaches you the basics, it doesn’t touch how a lot of the game’s systems work. In any case, this is one of those games where you’ll learn the most by just keeping on playing it, but for that to happen, it’s paramount that you prepare yourself for a few complicated hours in the beginning. Once you figure things out, it’s smooth sailing from there.

Before each run you get to pick one out of four different characters, at least once you unlock three of them. Each character has different sizes of health and mana pools, as well as specific abilities and a jump skill that is unique to them. For example, the starting character can heal 25 HP before boss fights, while the second character that you’ll unlock takes 50% less damage from spikes but can’t carry sidearms. This may be a few characters, but it already allows some room for different playstyles. With that said, there are supposedly at least 5 more characters coming in the future, which is quite exciting. 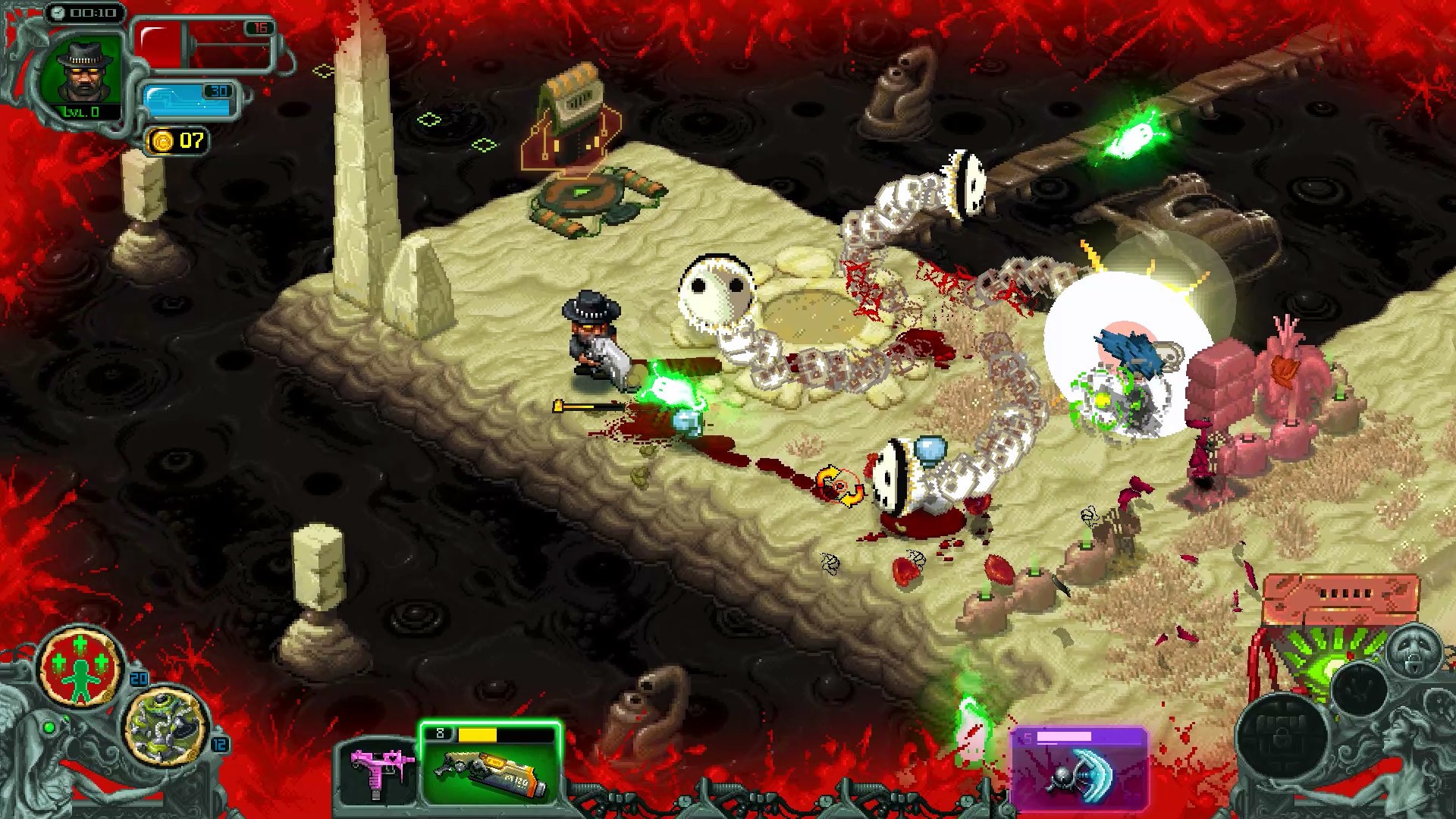 An aspect of I, Dracula: Genesis which I particularly like is how tightly linked its gameplay mechanics is with the plot. While other games might just establish standard genre denominations, I, Dracula: Genesis goes the extra mile to make sure that everything in the game makes sense from a lore perspective. With that in mind, you play as genetically modified hunters which are released in an Earth post-cataclysmic state, however, the laws of physics no longer apply, so you travel between different realities and universes. It’s in that sense that the game brings forth its difficulty system, which is quite neatly put together. There are 4 different universes that you can play on, each with different modifiers and length, but you must beat the game once to unlock the second universe and so on. The first two universes are pretty easy to play through, but the difficulty increases considerably in the third universe which makes me say that up until this point you’re just learning the game, after this point you’re in for the real deal.

Once you find yourself out in the world, things should feel pretty familiar if you’ve played other games like this, even though the pixel art style does such a great job in making things feel both alien and familiar at the same time. I, Dracula: Genesis is a roguelite that follows the usual genre tropes. Each level comprises a series of cramped islands that are linked together, thus only allowing you to proceed to the next one after you clear out the one that you’re currently at. As you move throughout these islands, you’ll be able to find a wide variety of NPCs with vastly different functions, as well as all sorts of rooms (read islands) containing items and weapons, shops, shrines, environmental hazards and traps, and, to top it off, much of the environment and scenery is fully destructible.

The goal in each level is to defeat a multi-phase boss to get a key so that you can request extraction. Much to my surprise, even some basic enemy types also have two different stages, in the sense that you can “kill” their initial form, but then they’ll become something more grotesque and decaying. For instance, after slaying a zombie, their head will just fly around chasing you. This might not seem like much, but I feel like it does a great job in making fights much more intense given that usually the number of enemies on the screen isn’t that great, but you’re still fighting in relatively small and tight environments.

The combat in I, Dracula: Genesis is its crown jewel for me, which is not only due to the vast myriad of items and weapons available, but it’s also thanks to how satisfying shooting feels. Slaying hordes of enemies feels extremely satisfying, not only thanks to the weapons themselves, but also thanks to the game’s gorgeous pixel art, which beautifully portrays the dismemberment and explosions of each enemy in a gorgeous way. It also might just be me, but I can swear that there’s some Metal Slug influence in here. 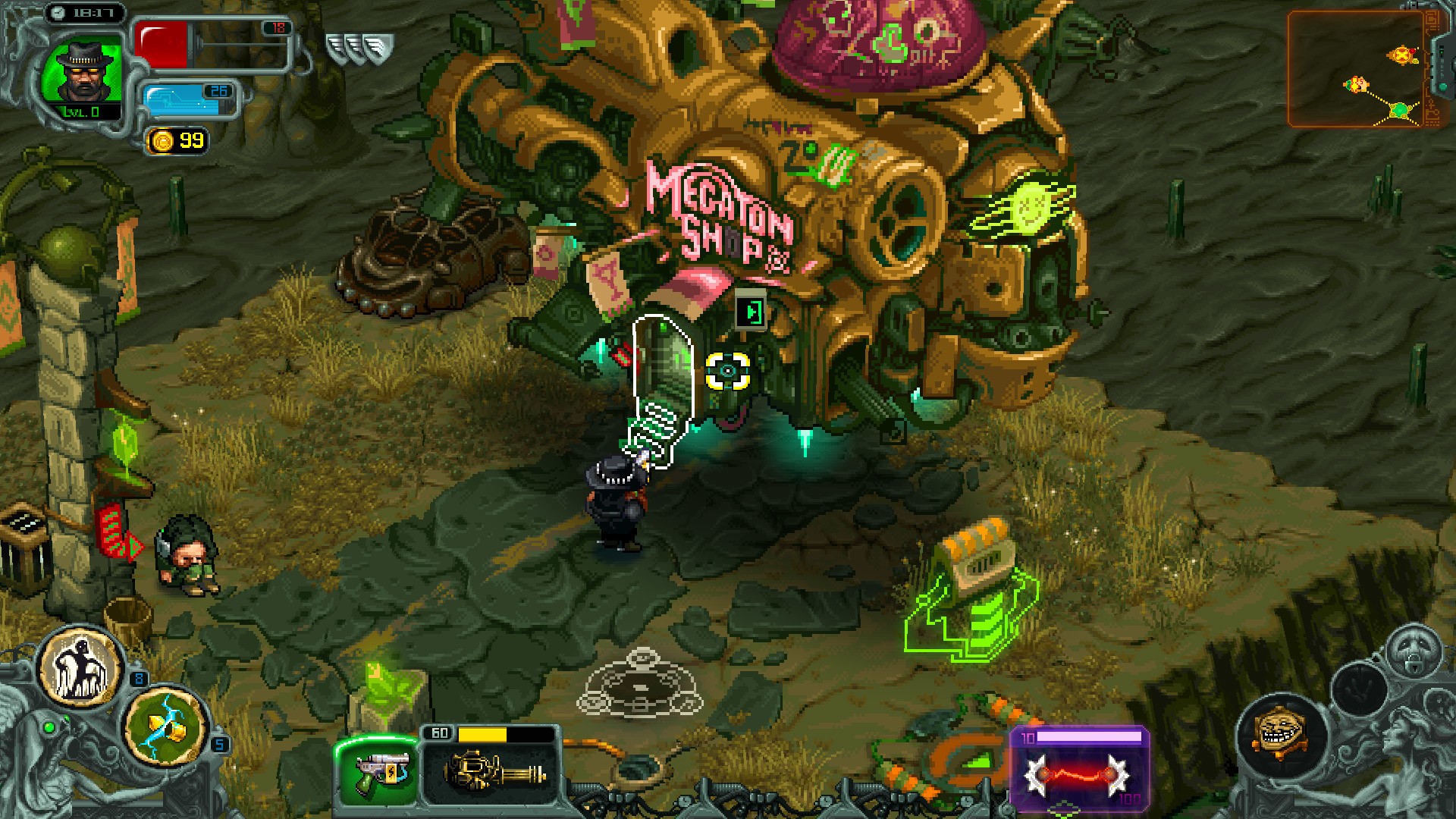 I, Dracula: Genesis was just released in Steam’s Early Access back in May, but it honestly feels like one of the most complete games that I’ve ever had the chance of playing during its Early Access period. There’s just so much of it! There are currently over 400 things that you can unlock, ranging from all sorts of alien and brutal weapons like kunai throwers and laser beams, to powerful artefacts that grant you passive bonuses, to consumables and ability scrolls. However, I feel that the process through which you acquire or unlock these is way more complicated than it should be, and that’s partially due to the game not fully explaining itself.

Unlike other roguelites which seem to bet heavily on a permanent upgrade system to motivate players and to keep them interested in revisiting the game, I, Dracula: Genesis instead does away with this notion. To unlock new weapons and weapon mods, consumables or even gameplay systems, you must first face off a series of enemies in a challenge room which you’ll find throughout your playthroughs in various islands. Furthermore, as you play the game, you’ll also gain experience and level up your profile, which will unlock new enemies, level objects, and even more items/weapons that you’ll then find on future playthroughs. There are also these ancient coins that you gather as you play the game, but which you don’t lose whenever you die. At first, I thought that this would allow me to purchase some kind of permanent upgrades that would persist throughout different runs, but unfortunately, I was disappointed, as these are only used to purchase items that only last during your next run. Please consider that while this might sound easy-to-understand right now as someone is actually explaining it to you, but the game doesn’t really do this, you have to figure it out for yourself.

I, Dracula: Genesis is a game that’s pretty much sitting at overwhelmingly positive reviews on Steam, but I can’t shake the feeling that barely anyone talks about it or knows about it. It seems like one of those unfortunate cases where the game clearly went under most people’s radars. The funny thing is that this game was actually greenlit under Steam’s Greenlight program back in 2017. All in all, I’m fairly confident that you’ll certainly enjoy I, Dracula: Genesis if you’re a fan of roguelites and twin-stick shooters.

PREVIEW CODE: A complimentary PC code was provided to Bonus Stage for this preview. Please send all preview & review code enquiries to press@4gn.co.uk.

I’m fairly confident that you’ll certainly enjoy I, Dracula: Genesis if you’re a fan of roguelites and twin-stick shooters.