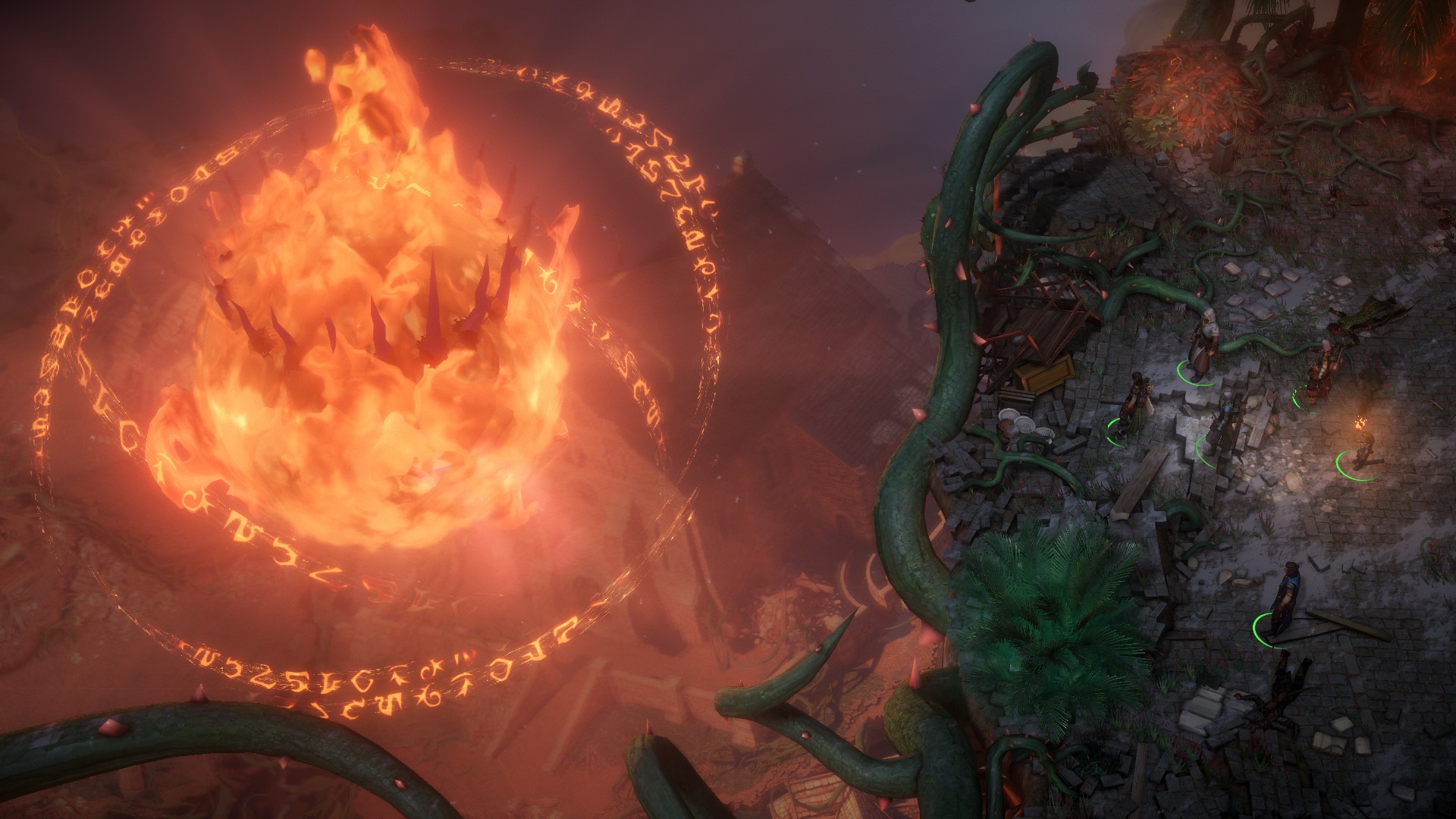 Pathfinder: Kingmaker Definitive Edition is an isometric role-playing game developed by Russian studio Owlcat Games and published by Deep Silver. The game is actually based on Paizo Publishing’s Pathfinder franchise which started way back in 2009 and was pushed as a fantasy role-playing game on the tabletop so to speak. Pathfinder: Kingmaker actually started through a Kickstarter project back in 2017 and found enough backing to get the wheels in motion. The original game launched on 25th September 2018 on PC and Mac.

Fast forward two years and we see Pathfinder: Kingmaker in the form of a definitive edition make its way to Xbox One and Playstation 4. This version includes the base game plus six pieces of downloadable content to flesh out the game to what you’d experience on the PC version. If you have played the Baldur’s Gate and Neverwinter Nights titles, then you’ll see some inspiration from those in this game. Pathfinder: Kingmaker features a real-time with pause combat system and an isometric perspective. The distinguishing features emphasis on realm building where the player’s decisions affect the entire gameplay as you become embroiled in a world of political intrigue and adventure.

The story begins in the mansion of Restov ruler Jamandi Aldori, where the player character is among a group of adventurers who are offered a barony in the Stolen Lands if they remove the Stag Lord, a local bandit who had named himself King of the Shrike Hills. The ultimate reward for finding and slaying the Stag Lord will earn you the title of baron or baroness of The Stolen Lands. You’ll find there is quite a deep progressive story here and telling the tale here would not only spoil this for you but would fill pages and pages of text. The night before you set off on your travels, there is a surprise attack. After the shock of this attack, you will gather the troops and set off to seek down the Stag Lord and reclaim the lands. The early stages of the game actually take hours to work through and it won’t take you long to realise that this is no short blast through.

Character customisation is fantastic here and whilst you can choose from already created characters, it makes more sense to design your very own. You’ll be able to tinker with class, race and abilities along with considering the powers you’ll be able to use. At first it’s overwhelming to wrap your head around at first, but enjoyable to see everything on offer here. You’ll also have the option to tone down and ramp up the difficulty if you want a more casual aura or a really difficult challenge. 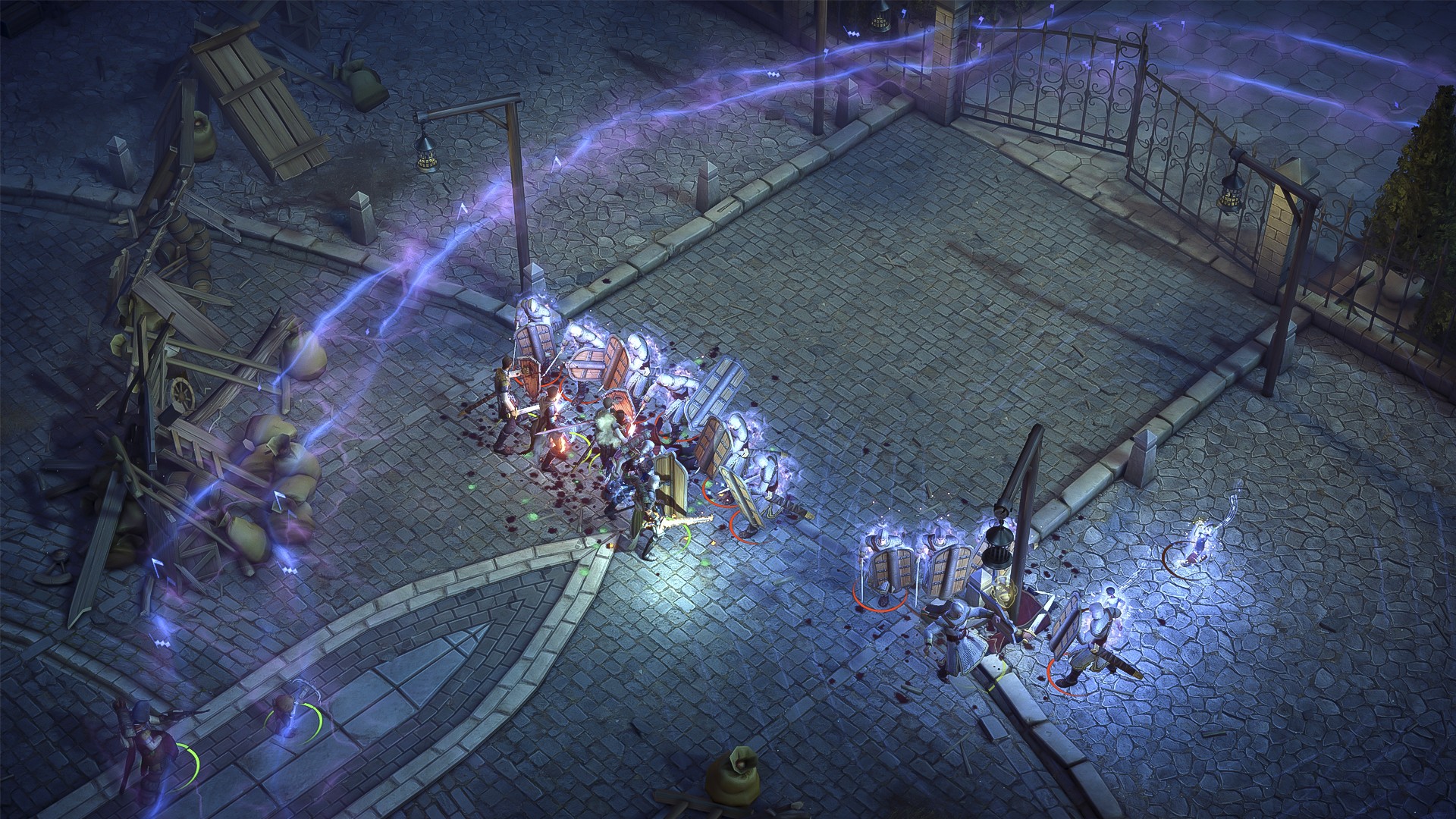 What I really enjoyed about Pathfinder: Kingmaker was how intuitive the navigation and how in-depth the character conversation was. When you explore the world on offer, you will converse with NPC’s and gauge their personality and demeanour and learn their stories. It’s exactly what you expect from an RPG, but they nail this here.

The world map is vast and there is plenty to uproot and explore, you’ll be turning corners and walking into conflict scenarios where you must fight to survive. You can gather resources and loot to develop your own dwellings and community. You will spend a lot of time exploring the world, but you will also be able to deploy your community on missions for you.

Now I will be honest and state that this is the first time I have played Pathfinder: Kingmaker, so I can’t really compare the features against the PC version. What I learned through reading articles though is that the turn-based combat is a new addition on consoles. What is unique about this though is that you’ll be able to give several orders so that the game flows quickly rather than slow to-me to-you blows like X-COM for instance. It really helps to be able to pause the game and plot out what you’re going to do next and predict how the enemy will move. 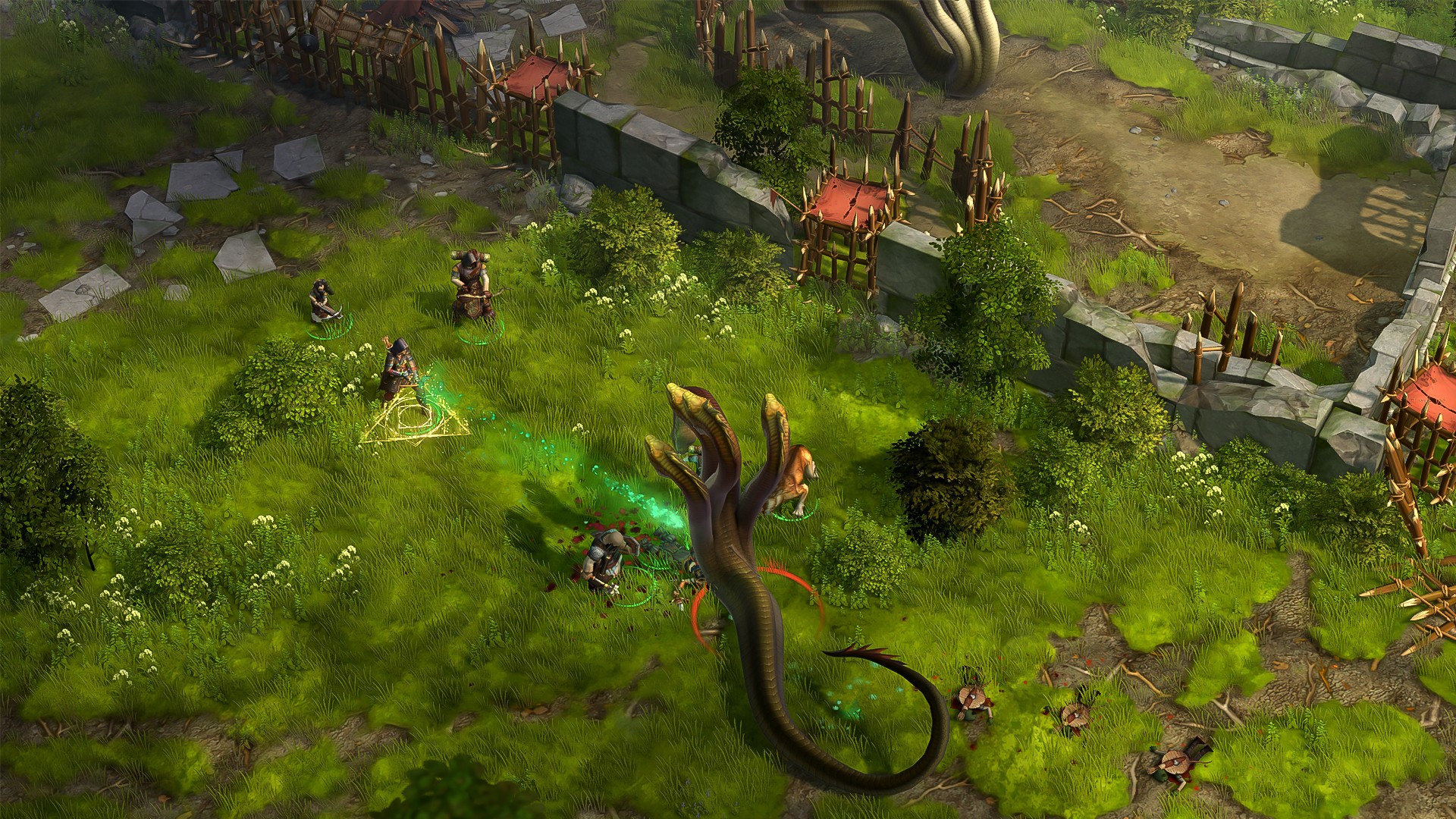 Graphically the visuals fare very well on console, they really have ported it across and the combination of the shading and shadows with the elements of colour with the magic being dispensed really ensure the game is visually beautiful.

There is one frustrating factor about Pathfinder: Kingmaker on consoles, and that is the transition of the games control options. Whilst I imagine it is super difficult to transform a game designed with mouse and keyboard in mind to adapt to a controller being used, the developer has left a cursor in the game that frustratingly mirrors how a mouse is to be used. I found this quite difficult to adapt to and became a bit of a bugbear when you wanted to make quick decisions. Some menus are also hard to work your way around and take a lot of learning to navigate, it really could have done with some work before coming to consoles.

Brushing the clumsy control system aside on consoles, the game still performs well on Xbox One X, albeit with some long loading times. What I did experience from time to time though was some real game-breaking bugs. Conversations froze midway through dialogue, not being able to access certain areas and random throws back to the Xbox dashboard. I had to learn to adapt to this and save as often as possible as the first time I had a crash I lost a good hour worth of gameplay. The feature of flicking the analogue stick to switch between real-time and turn-based combat kept me really engaged. You’ll find that you’ll be able to fend off harder enemies than your team by precise planning, and you can turn to real-time combat to wade through opposition quickly. It has taken me some time to write this review as there are literally hundreds of hours of gameplay here. So much to unearth and explore.

I had some really great times with this title and I haven’t even finished the endgame, I am still going with it some 50-60 hours in. You do get used to the frustrating controls after some time, so it is something you can dismiss with some time. The downloadable content really makes the overall game a meaty title and one worth buying if you’re into turn-based RPG games. A very welcome addition to console and one I am glad they ported across.

Pathfinder:Kingmaker Definitive Edition is a clever RPG which mixes its combat between turn-based and real-time with hundreds of hours of gameplay on offer.