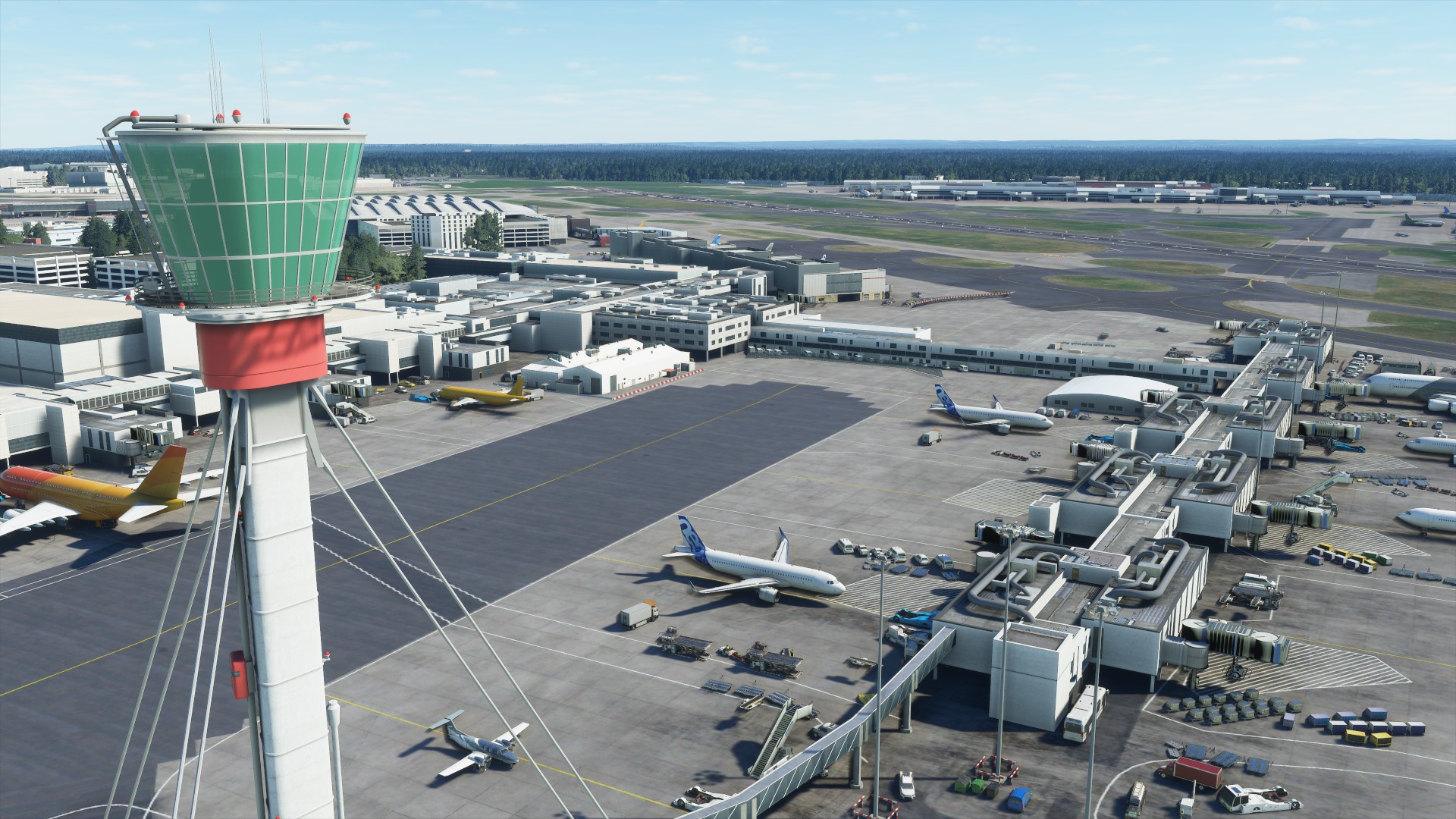 It’s hard to believe we haven’t seen a proper Flight Simulator game in 14 years now. Gaming has evolved massively in that time, technology has improved hugely and graphics have shifted leaps and bounds. The first we heard about Microsoft Flight Simulator 2020 was at E3 2019, where it was revealed to the world with a huge round of applause. Not only did we learn it would come to PC, but also to console at some stage too.

Strap yourself in because Microsoft Flight Simulator 2020 is vast and rich in features! We are all aware that there is a simulator game for anything these days. You can be a goat, drive a bus or a train, cook a meal and even manage your own farm. What I have learnt with a lot of simulator titles is that they often fall short in terms of graphics and have empty worlds surrounding them. Not that they are bad games, but most them could be much more improved with more time in development.

Microsoft Flight Simulator 2020 is developed by French studios, Asobo Studios and published by Xbox Game Studios. There are three editions to choose from, which are standard, deluxe and premium deluxe. The difference between these editions can be found on the Xbox website, the standard edition does not include specific airports and aircraft that the other editions have included. Microsoft Flight Simulator 2020 becomes the first flight sim game in history not to be PC exclusive. Whilst it is only available to play on PC and also part of Xbox Game Pass for PC, it will hit Xbox consoles in late 2020 or in 2021. I can imagine that there is a lot of work to be done to ensure that it has a smooth launch for Xbox consoles, a game of this calibre will need all the gaming horsepower it can manage especially on a restrictive machine like a console.

What is fantastic about Microsoft Flight Simulator 2020 is that it has been made accessible to gamers of all abilities and ages. It is clear to see that older builds of flight simulators have potentially been used by professional pilots at some stage and inevitably the same will occur with this instalment of the game. What blew my mind with the hype up of this game was the fact that there are 37,000 airports and the possibility to fly across the entire world and survey every landscape and landmark that the planet has to offer. My tiny brain could not comprehend how this was even possible as no hard drive would be big enough, surely. Here is the clever thing, Flight Simulator 2020 will use data from satellites which work with Microsoft’s very own Bing maps with Azure cloud technology which helps render what you will see from the cockpit. You’re pretty much in control of where you want to fly from and it is as simple as typing in a location and it will transport you directly to the runway of that particular airport ready to take off. Don’t fancy taking off from the runway? Not a problem as you can spawn anywhere midair if you feel like it. If you’re in the mindset that you just want to fly around and view the urban landscapes of New York or London, the pyramids of Egypt, the Great Wall of China or even pinpoint where you live, then you can absolutely do that. 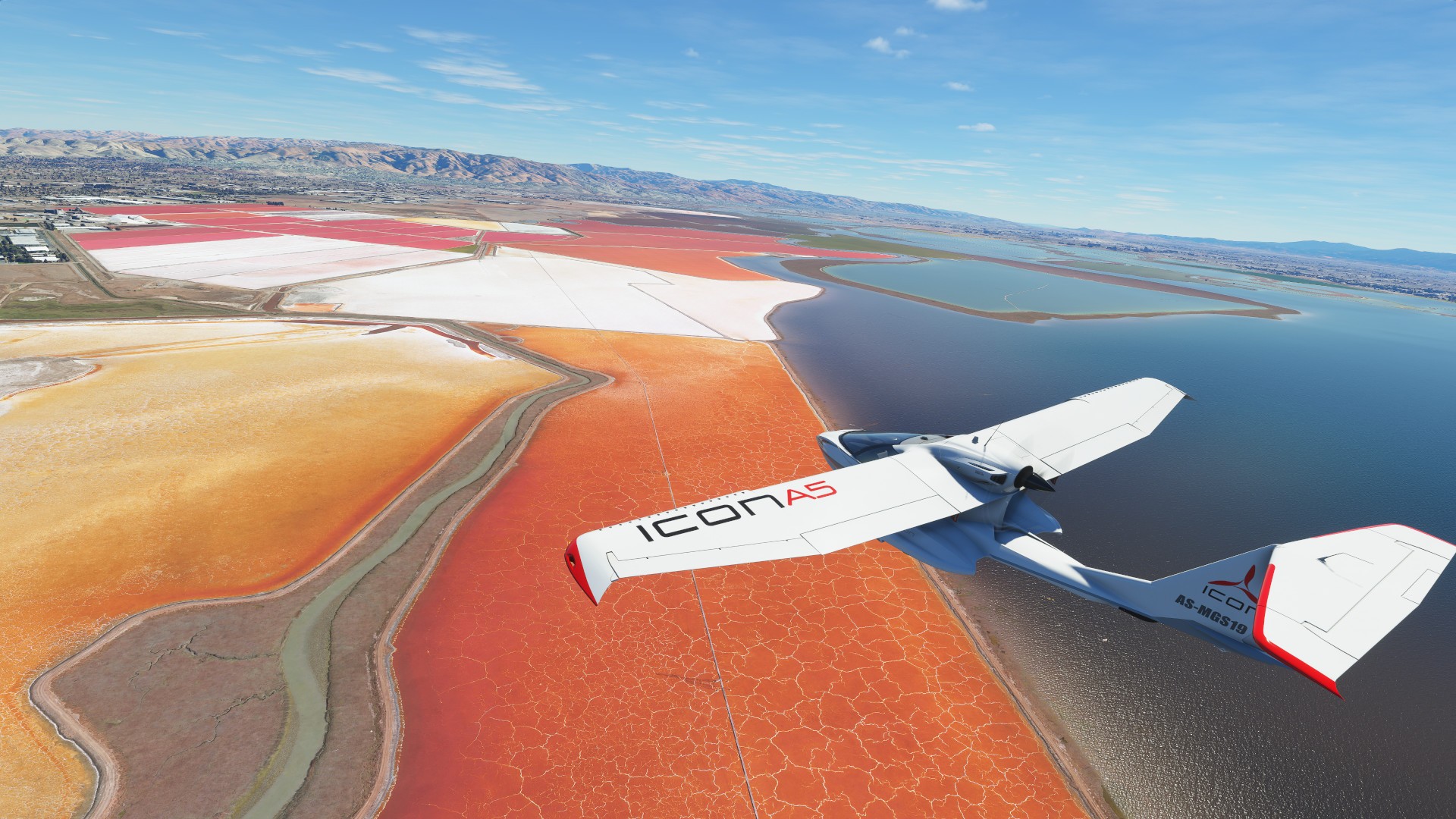 Real flight enthusiasts will wonder though, does the game actually play out how real life flight works. Maybe you are the kind of person who isn’t bothered about looking out of the window and you simply want to be the robotic pilot that flies from A to B. Microsoft Flight Simulator 2020 has you covered in all aspects of the skies don’t worry. I would recommend if you have never played a flight sim before that you start with the small offering of tutorials which will get you to grips with the basics and spoon feed you a bit. But then you’re on your own, but I found I learnt and adapted quite quickly, but then you have the challenge of transitioning through different types of aircraft with alternative methods of control and functions. It is incredibly accurate to detail and prides itself on being authentic in terms of the aircraft, players on PC will be able to import liveries to aircraft to make it feel even more real if that is even possible. This is just the start of things to come for this title in what has been pitched as having a shelf life of ten years. There is plenty to come in terms of modifications, add ons, aircraft and more. The aircraft itself handles, I’d expect how the real-life version would and you’ll have full control over all the internal parts and also function in communication with air traffic control. All the aspects of flight navigation, planning and manoeuvre in ultra detailed and real.

The possibilities are endless here and it really is an open world sandbox of goodness in doing whatever you like essentially. If you want to jump into a Boeing 747 and fly from Newquay in Cornwall, which is the closest commercial airport to me and fly to Gatwick in a standard flight, then you can opt for something like that. Or you can choose a smaller aircraft and just mess about and attempt to barrel roll and loop de loops before crashing into the Shard in London. There appears however to be no aftermath of crashes and instead you’ll be greeted by a black coloured screen with some text and then the option to go again. You could even fly across the world from one end to the other, but this in real time would take you several hours and you’d need a few days and save points to achieve this or just down a few cans of energy drink and go in for the long haul. I don’t recommend this action for real pilots by the way, safety first!

I’ve spoken about the authenticity of the aircraft and its sheer realism, but does that project to the outside world as well, can you really go and see your own house?

You can go and see your house or its whereabouts, but you will not get close enough to see your cat in the window or your Nissan Micra parked outside on the driveway. It does do a pretty darn good job at bringing a photorealistic version of what you would actually see if you were to fly above your area. I was gobsmacked at how accurate it was, even cliff edges in my local area were inch perfect. I spent a long time questioning in my head at this stage at this magnificent achievement in this era of video gaming, the power of the cloud is immensely underrated and if this is what it is capable of now, then we have a promising future lying ahead. 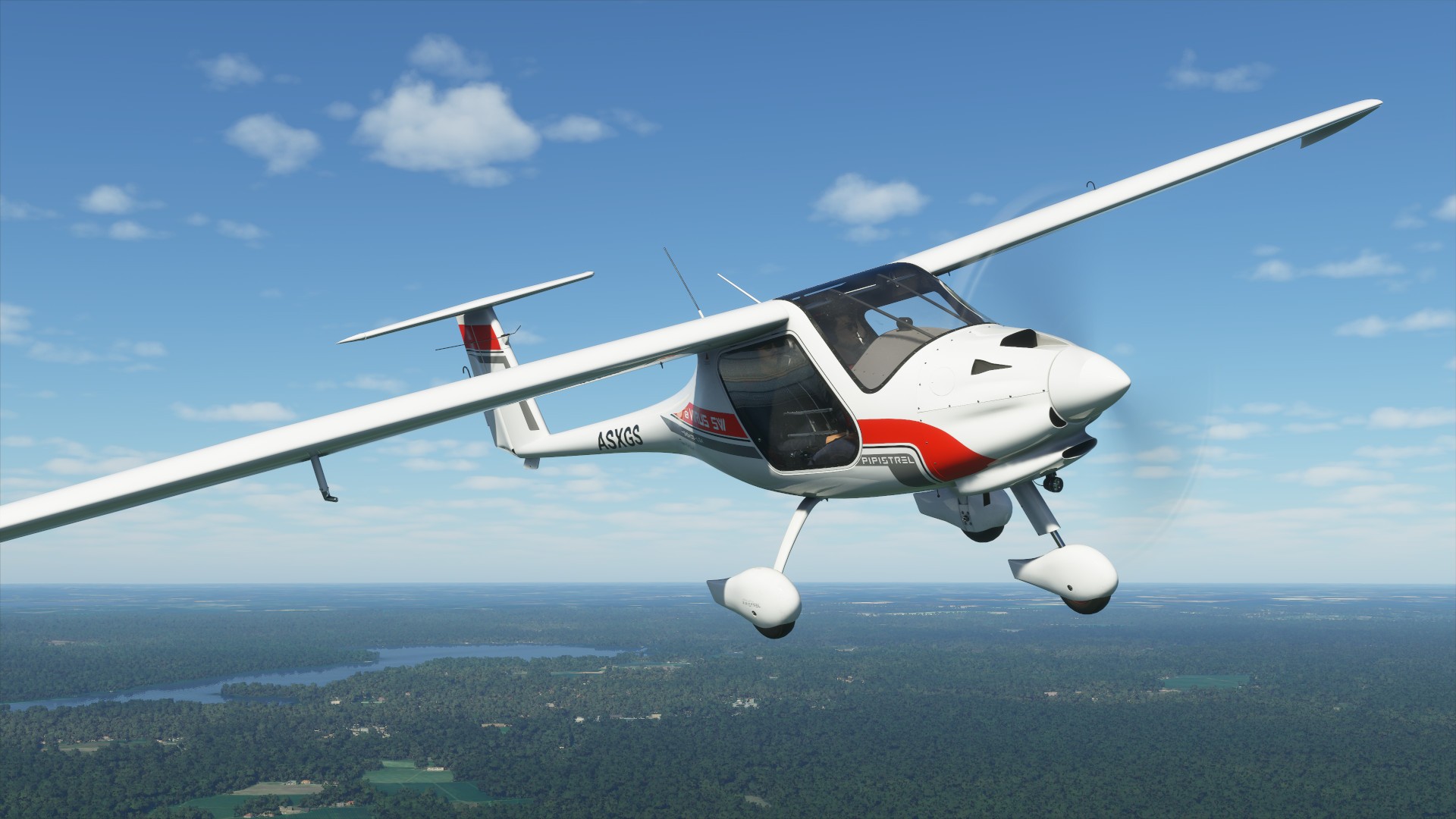 That isn’t all though, there are even more impressive wow factors in Microsoft Flight Simulator 2020 and this is seen in the real-time weather systems which you can also adjust and change. You will encounter beautiful sunrises and sunsets, thunderstorms out of nowhere, extreme moments of fog and cloud and the transition from day to night. It is seriously sublime in how it all blends together, and how it actually makes you think as a pilot. Similar to when you’re in a car and suddenly the heavens open and there is intense fog, it puts you on the defensive and makes you adapt your skills differently. Oh, and the moon, it is always at the correct phase in the sky in real time along with constellations of stars. They really have ticked every box here with the accuracy of the entire world and surroundings.

Some of you will think, can I play with my friends though? Absolutely you can, and it isn’t difficult to achieve like similar open world titles. Ever tried finding your friends in an online lobby on GTA V or Ark? Just the thought alone frustrates me. Here you can simply start a group and invite your friends and spawn in the same area and altitude as the person you’d like to play with. You will always be able to see those friends on the world map as long as you’re playing the game at the same time, and it really makes things much more interesting rather than flying solo all the time.

I could spend hours telling you how exceptional this game is, there isn’t really any area for criticism other than maybe the split between the game editions and the lack of variety in aircraft. There is more than plenty here to commence with and I am sure much more is planned in due course, but aircraft boffins will scratch their heads wondering if there is more in terms of aircraft.

Microsoft Flight Simulator 2020 is an unlimited, endless world of flying literally. The developers have done a magnificent job of capturing the entire world, the design and accuracy of the aircraft, the handling of flying and the longevity of the title itself. As we speak flight controllers for PC are being plucked from shelves across the globe as players can’t get enough of this game and rightly so. It isn’t often I label a game as a complete masterpiece, but Microsoft Flight Simulator oozes perfection in every single way and is a must own game for anyone who is interested in even trying it. If your PC can handle it, then you can try the full game on Xbox Game Pass for PC if you have a subscription. The real test for the team at both Asobo and Xbox Game Studios is how to port this to Xbox and how this will handle. I hope that the Xbox Series X with a good internet connection will still perform really well, but I can see lower spec versions of Xbox One scaled down. Either way, the game is a masterpiece and will go down as one of the most memorable and significant games in history.

Microsoft Flight Simulator 2020 is a true masterpiece, with 37,000 airports and the entire world to explore, where will you fly?