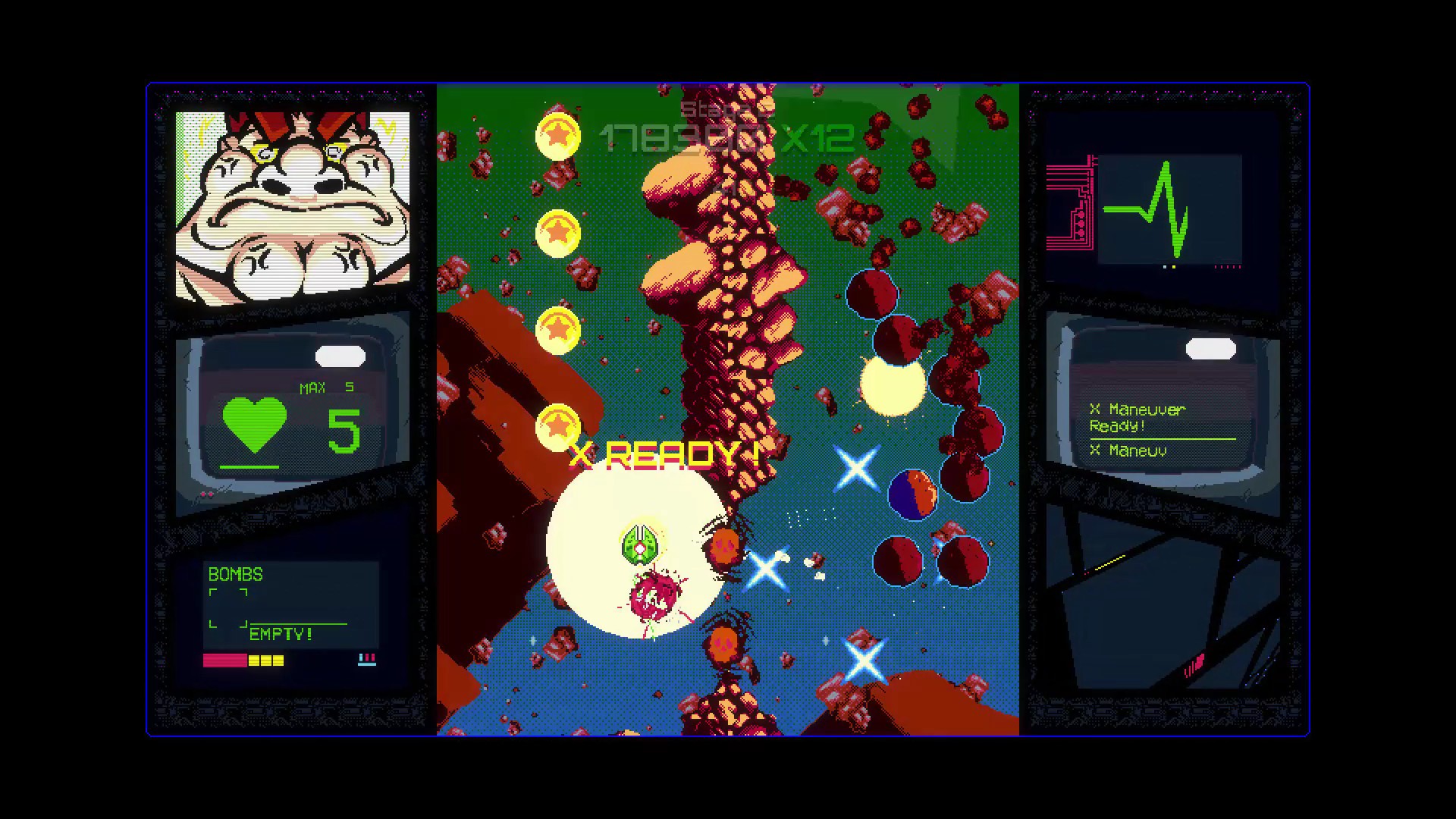 Project Starship X is a slightly more modern approach to the old-school arcade shooter that we know and love. This title was developed and published by Panda Indie Studio, who has also made the indie title known as Null Drifter. It has also received positive reviews for being a nice shoot ‘Em up for newcomers and veterans alike. I myself would give a lot of praise for the charming art style and the wonderfully made soundtrack. The bullet hell combined with the roguelike elements really makes a great combination as well. In my opinion, this is one of the hidden gems that I wish more people would notice. That being said, let us cut right to the chase!

You will take the role of a pilot of your choice! They have different personalities, which gives them a nice touch when it comes to the selection. The pilots are all unique when it comes to their playstyle since the pattern can differ from one pilot to another. It truly adds to the replay value when you can try to figure out a playstyle that suits you! The story itself takes about 10-12 hours to complete, depending on how you perform. There really isn’t a lot of storytelling, mainly because the main aspect is the gameplay. After all, nothing beats blasting projectiles and enemies away as you reach for the high score! Starship Project X also supports two player Co-op action for those who would like that. 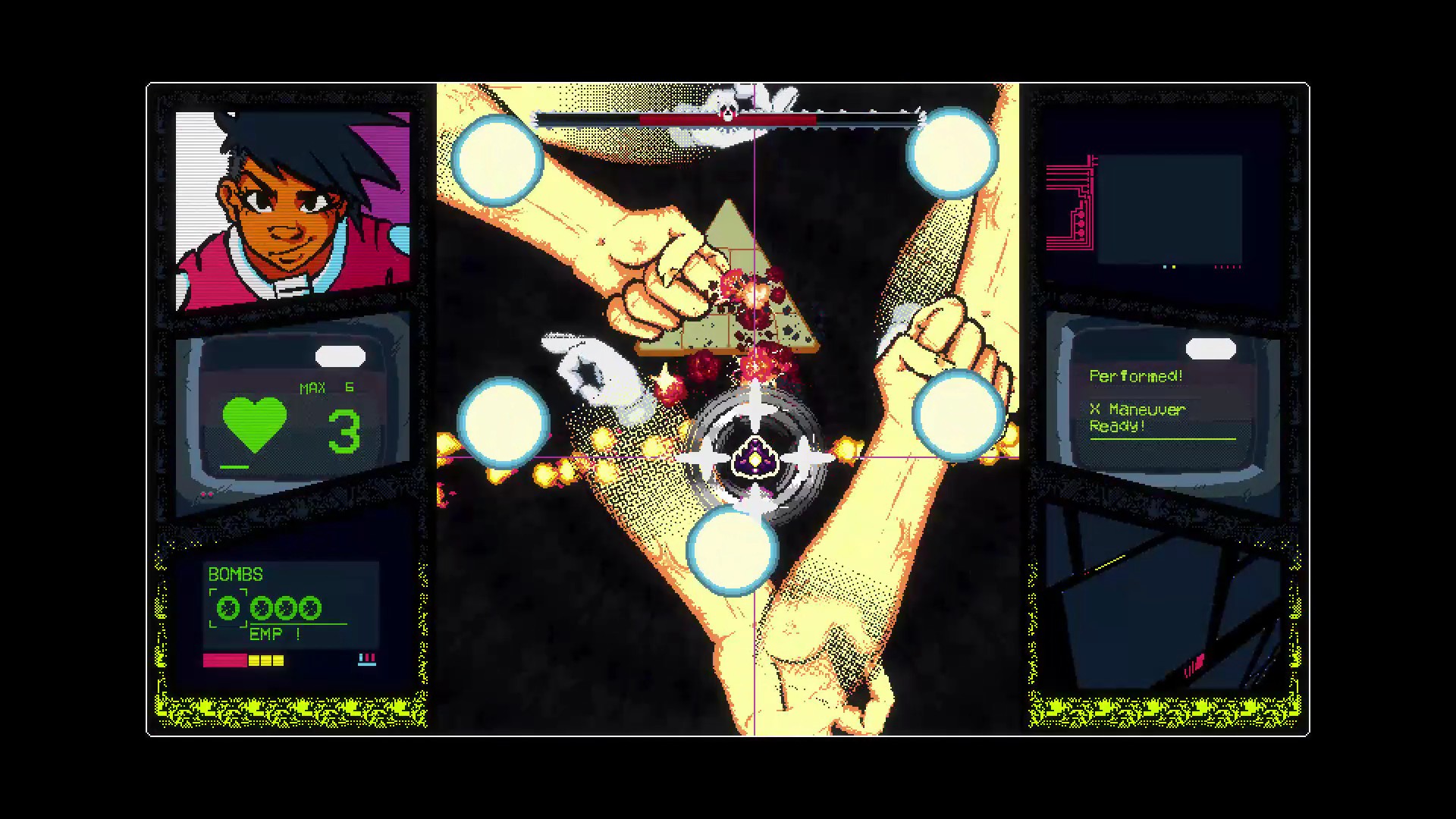 In this game you will need to avoid things such as lasers and enemy projectiles! Some obstacles are impossible to avoid and will require you to teleport in order to get through. It really is a fun way to move around, nonetheless! But be aware, if you get hit then your shield will slowly deplete! And, once your shield has depleted, the next time you take damage it will drain your health instead. In order to complete a stage, you will also have to face off against a boss! The boss battles are really something that I wish I could see more of considering that it was executed quite well! Everything from the music to the boss design really makes it feel like a true arcade experience.

If you so happened to die, that would mean you would have to start over from the beginning! But don’t be afraid! By playing the game, you will be able to unlock extra content, which feels really rewarding considering that the different stages also feel quite unique whenever you play through them again. Collecting coins and slightly getting stronger over time is pretty fun! With the coins, you will be able to purchase power-ups that will help you during the different stages. To put it simply, nothing feels the same whenever you keep playing! As mentioned earlier, it really feels like a fresher approach for the shoot ‘Em up genre. The colours are vibrant and just visually pleasing! I have said nothing much about the music other than it really is something else. The soundtrack is worth listening to when you are not playing the game since it’s so good! I would suggest giving the soundtrack a listen once you have read this review, since it is almost a reason in itself to purchase Project Starship X. What I appreciate is how forgiving the game is when it comes to the difficulty. It really allows the player to beat the game at their own pace. 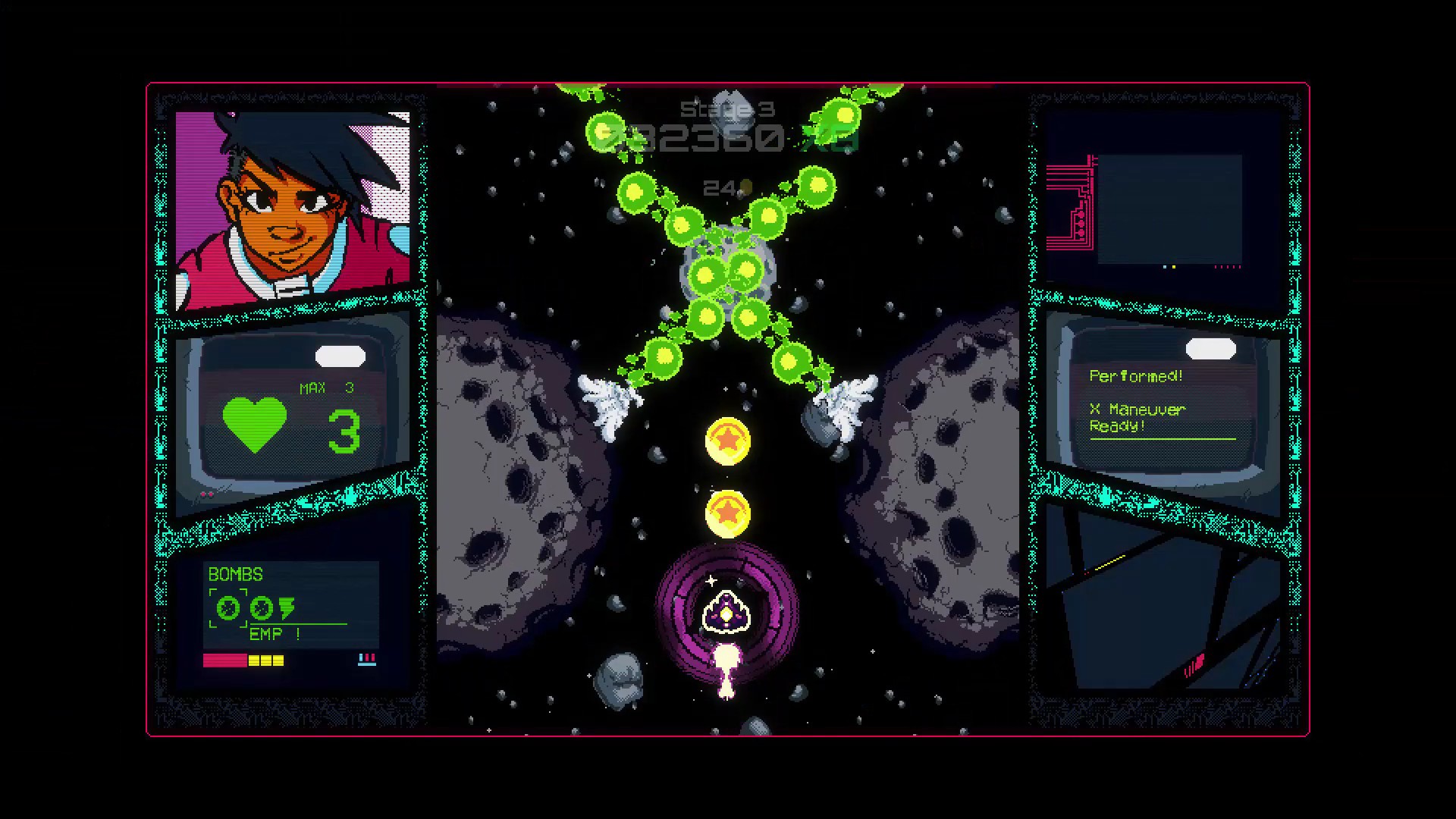 Now, let us tie the bag together on this one! What really made me want to come back and play more of Project Starship X is because of the gameplay mechanics and the fantastic soundtrack. Even after a game over, you still want to keep going for a few more rounds! To put it simply, the replayability is pretty strong in this title. If you want the ultimate shoot ‘em up experience but don’t know where to start, then this title is the right way to go! It is very friendly for both newcomers and veterans of the genre alike! If you are up for it, why not play with a friend?

In the end, Project Starship X really is a nice approach when it comes to making the classic shoot ’em up experience more modern! Everything from the soundtrack to the action really makes it worthwhile!