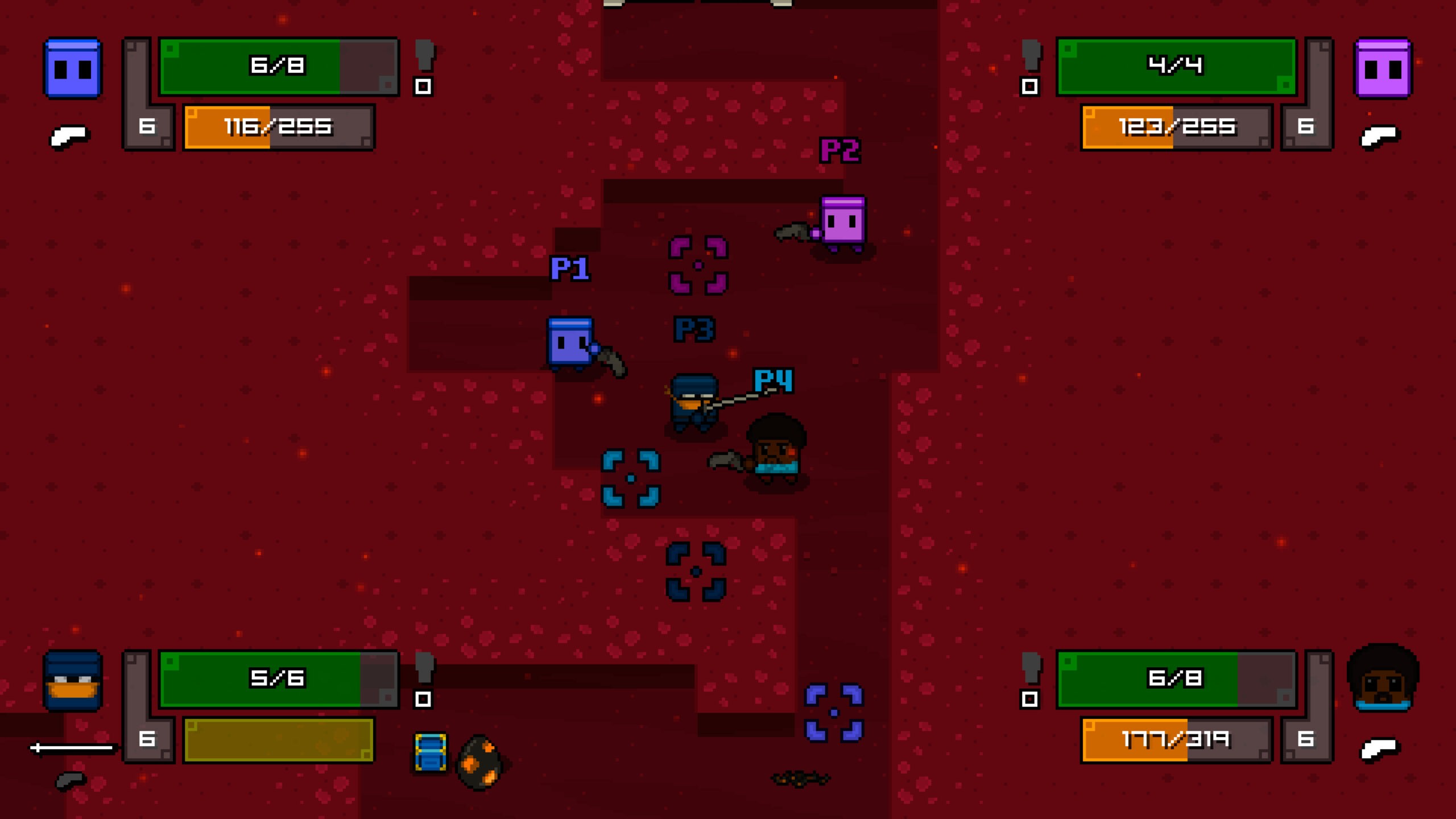 Indie games have definitely found a place in the current generation, many games are getting released with graphics and gameplay that wouldn’t look out of place from the eighties/early nineties. That being said, if a game is fun then it doesn’t really matter what the graphics are like, but today’s generation can be a picky bunch. RogueCube is one of the latest indie entries, a game about cubes wanting to go on an adventure no less.

RogueCube is a twin stick shooter where you play as a cube. At the beginning of RogueCube you have a limited choice of cube types to choose from, the usual array of some being stronger than others or having more health. There are 3 modes you can play, Campaign covers 11 worlds that need to be cleared, Daily is similar to Campaign but it’s a new set of maps each day whilst Verses can have up to four player action on a very map. Campaign contains the usual bosses after a certain amount of levels. Something that appears more frequently in indie games is procedurally generated levels and that is the case with RogueCube. Oh, and did I mention that RogueCube is permadeath, so if you die then you need to start from the very beginning! 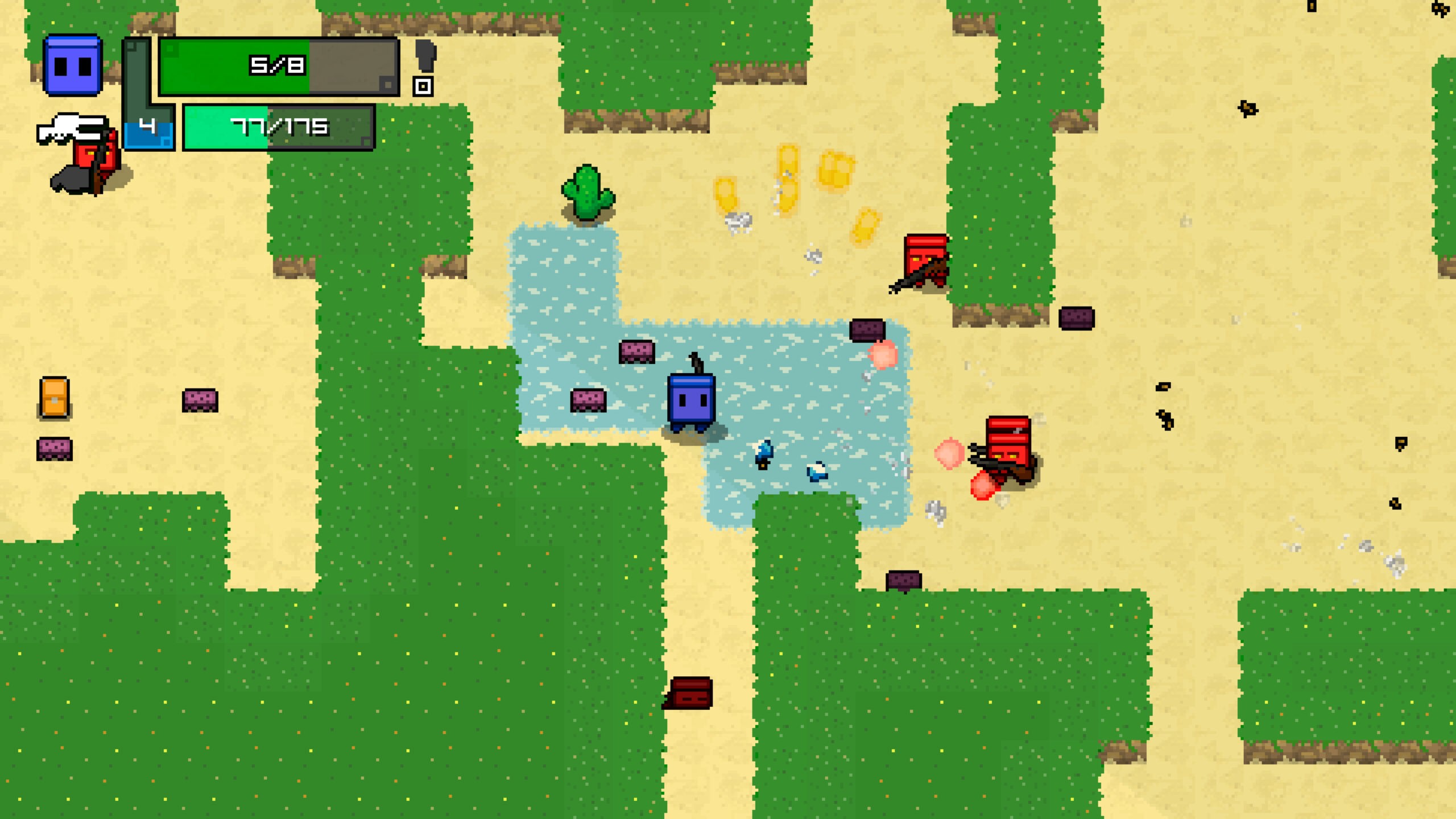 So your chosen cube (more are unlocked as you progress) in RogueCube can hold up to two weapons at any one time, you start off with a reasonably weak revolver. New weapons can be found when opening one of the many chests that are dotted around, there are also keys you can find that can open up locked doors which generally contain decent weapons. Whilst weapons are plentiful, ammo is not so much something to consider when you’re defeating enemies. Some weapons share ammo so it’s advisable to have two weapons that use different ammo for example a Shotgun and a Plasma Gun. If you run out of ammo, then you end up with a not so useful stick to batter the enemies. There are several swords you can also pick up, but that kind of hand to hand combat isn’t advisable. To complete a level, you must defeat all the enemies contained within, when you do a door appears and you go through it. One thing to note is that some weapons can kill you if you’re too close, like grenade launchers or bouncing bullets.

There is a levelling system in RogueCube, the more enemies you beat or treasure chests you open will result in experience points that will level up some of your attributes like health and strength. Each cube has a special ability, some can be additional firepower whilst others can dodge or in the duck’s case your ability is to turn into an egg for shielding purposes. The bosses are fairly easy to beat as long as you have the right weapon such as a shotgun. There is one boss called The Plant who can simply be beaten by standing out of range and shooting them. The enemies in RogueCube are reasonably varied, most are in cube form like yourself whilst some are tiny and pretend to be pick ups which are particularly annoying. There are some levels which appear to be played at night so you can only see so far, there are some fast moving enemies, so this can become quite challenging especially with the permadeath hanging over you. 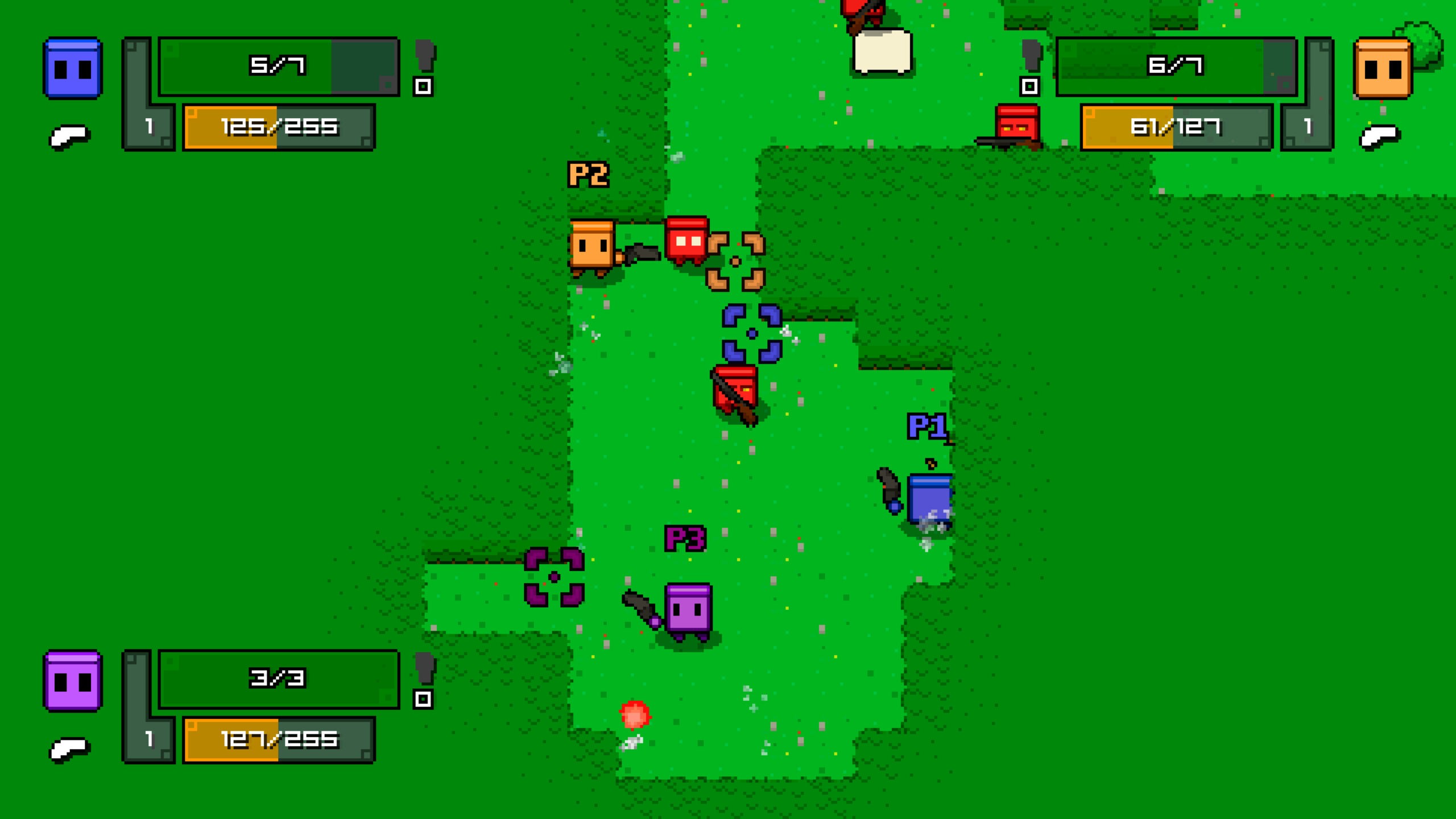 The Verses mode was really fun if very short, there’s always fun to be had when playing locally with such small maps. Graphically RogueCube is basic looking, the environments are fairly bland whilst everything that moves is some kind of cube. Musically RogueCube again is pretty simple, the usual chiptunes are in play. In regard to replayability there is quite a lot if you choose to play the Daily missions each day whilst the Verses mode is fun for half an hour.

You’re a cube and you’ve decided to go on an adventure in RogueCube!