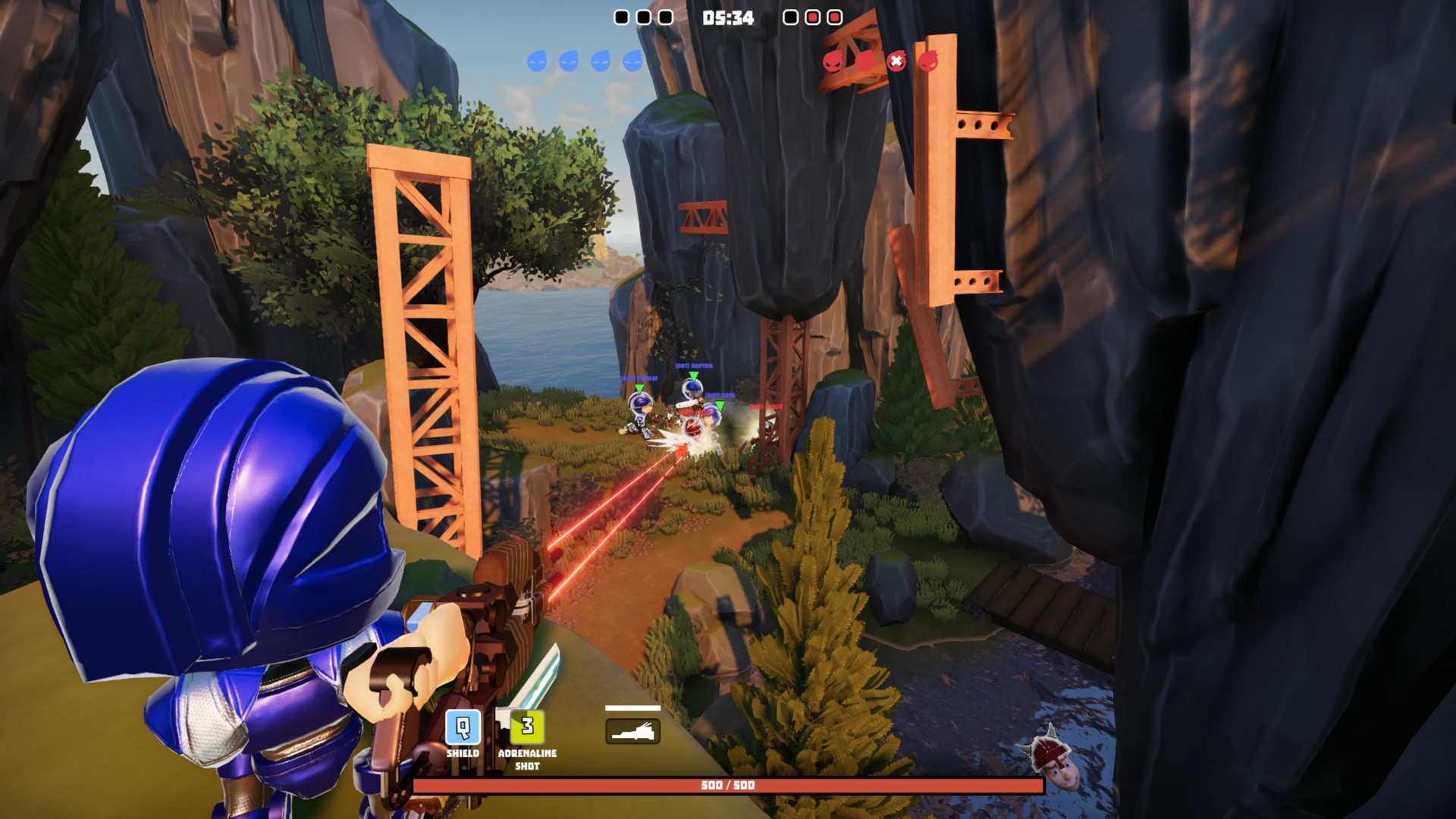 Forge and Fight is a cartoony physics-based combat game about making the ultimate weapon by picking out parts! This title was developed and published by Flamebait Games who then released it on September 17th, 2020! Despite being in Early Access, it still succeeded to impress the community due to the brilliantly made weapon building shenanigans! As very recently mentioned, the game is still very new and it might be extremely difficult to find real players to play with or against! Personally, I had that issue. But at the end of the day, I think that the overall experience truly is something that the future games should bring to the table! Let us flippin dive in!

As earlier mentioned, in Forge and Fight you are supposed to build the best possible weapon by using the materials you have access to. It adds some sort of luck element to the game considering that you won’t be able to know what you have to work with and that will require you to adapt and choose wisely. What really makes the multiplayer feel fresh are the different game modes that you will be able to play! There are modes such as Turf War, Brawl and Last Team Standing. In terms of fighting styles, my personal favourite must be the combination of applying both devastating melee attachments as well as ranged ones! It allowed me to have a pretty flexible style. 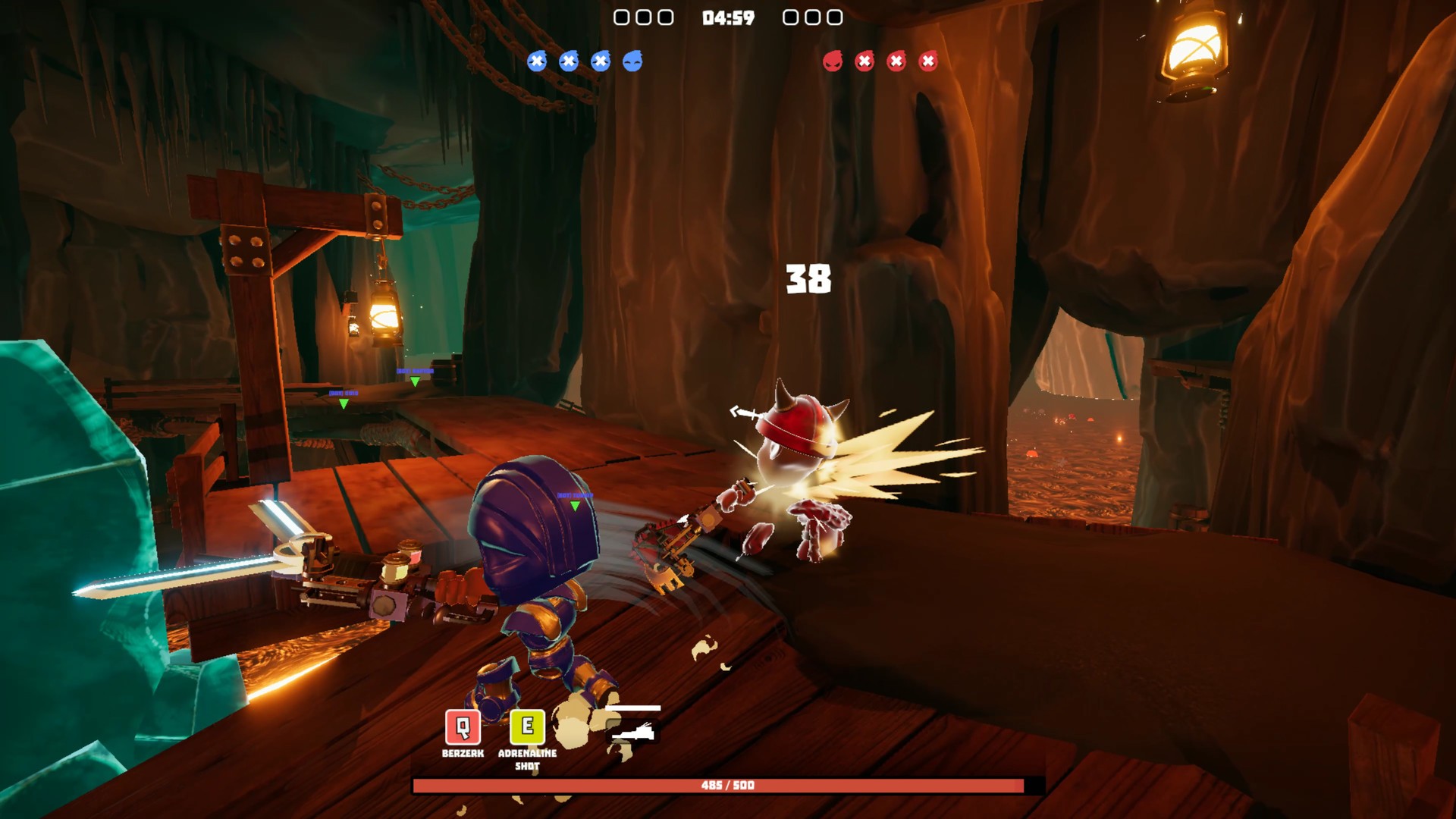 So, about the stages! Battle it out against one another in the lava cave as the danger comes from every angle! Face off against your enemies and make a stand with your allies as you strategically take and defend different zones. The Turf War mode really delivers in terms of gameplay since it encourages both sides to attack one another! Why not try out the Brawl mode and see which team will make it to three points first by eliminating members of the opposite team! Forge and Fight is a perfect example of a game packed with fun and carnage for both your friends and enemies alike. 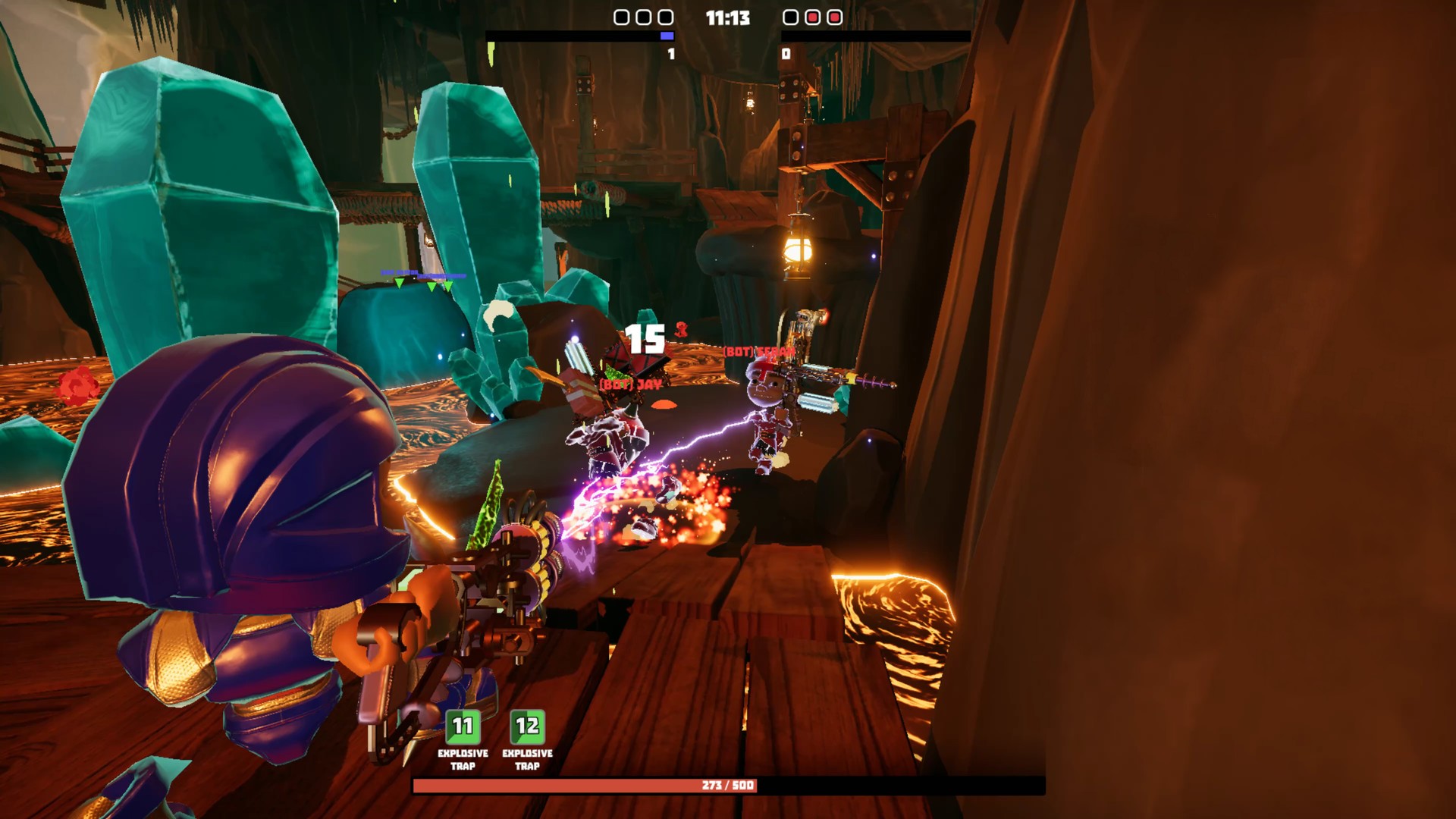 The graphics on the other hand can be a bit off in some places and that is especially in the main menu in which you can see the leaves in the background look a bit off as they flicker between a brighter and darker green. After some time, I personally enjoyed testing it out in the lower settings in order to get a better framerate for the advantage. There are a lot of particles on the screen once the combat is on, and it is one of those games that I would like the combat to be as smooth as possible. As you battle, you will hear some medieval inspired soundtrack that adds a nice contrast to the game in a sense that you are clashing blades against other knights.

In the end, considering that this title has a level up system makes me believe that there is a lot of potential since it is the perfect game to replay with friends! The combat is satisfying, especially if you use every aspect of the weapon you have made. It makes it somewhat easy to turn a situation in which you would have been demolished if it wasn’t for the smart use of your weapon. This will also encourage your foes to adapt their weapons in order to counter you, which will lead you to do the same thing pretty much! I just find it really sad that I wasn’t able to find real people to play this one with, it just seemed really god damn promising! If I had some friends that would pick this title up, I am almost positive that we would have a blast for the entire evening!

So, Forge and Fight is a pretty strong candidate if you are looking for a fun game to play with your friends! It is crazy, full of action and quite addicting!