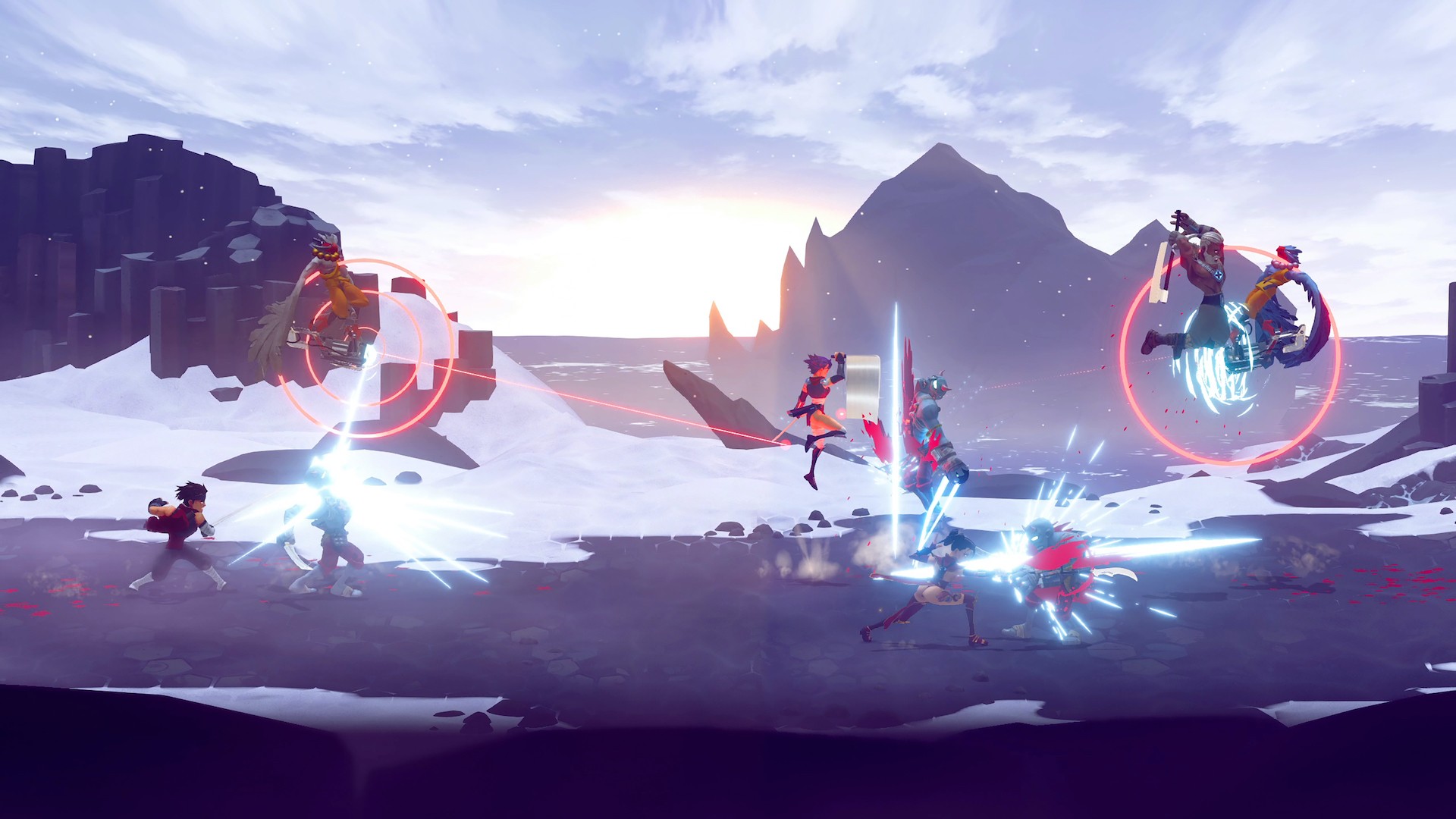 Hack and slash side-scrollers have seen a massive resurgence in the gaming world in the past decade. Indie games have begun to yet again embrace the joy, frustration and excitement that comes with clearing out levels in stylish fashions while throwing barrels of varying enemies on the screen. While it hasn’t been the most consistent sub-genre, there have been a few examples of games that nailed the formula. Shing! from developer Mass Creation rides that line of being one of the better hack and slashers, though it’s held back considerably by technical problems on the PlayStation 4 that have yet to be fixed with an update or patch.

Shing! is set in a fantasy world of ninjas, demons, and supernatural oddities. You play as one of four ninjas on a journey to rid their world of an invading yokai threat. Armed with swords, spears, axes and shurikens, your job is fairly straightforward as you traverse sideways from one location to the next. Shing! tries to inject plenty of oddball humour into the mix that can sometimes feel out of place, but I often laughed at the absurdity of some situations that the self-aware, fourth-wall breaking characters gleefully reminded me of. The central cast of ninjas is fine, and their interactions border on crude humour and awkwardly non-ironic one-liners, but they get the job done, and invest you enough that you can’t wait to jump to the next location and just hear their remarks. 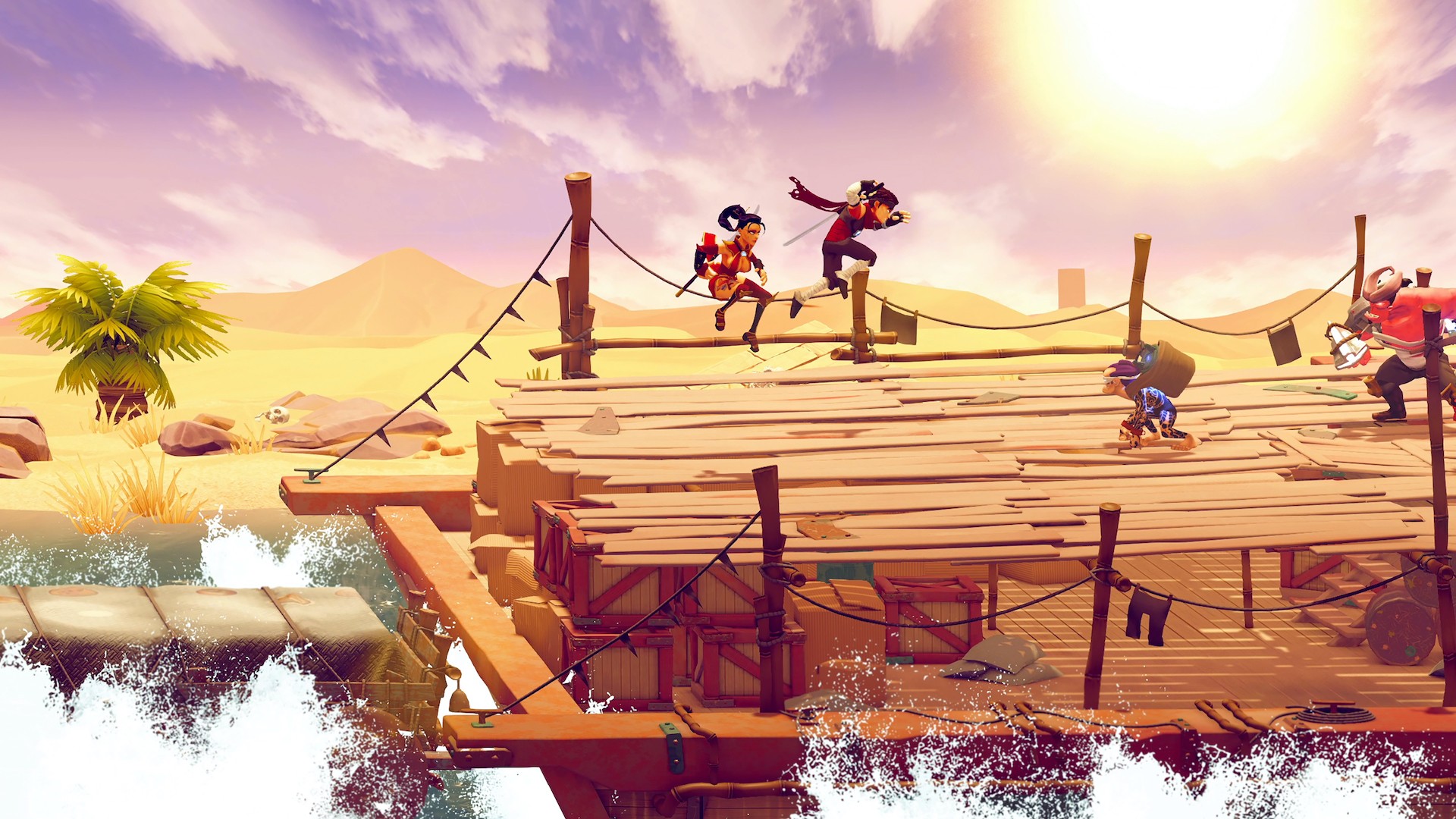 Thankfully, Shing! succeeds in the strength of its gameplay and combat. It throws a few innovative spins on the control scheme. Instead of simply button-mashing specific commands, combat controls are attached to the right analog stick. As bizarre as that sounds – and trust me, it took plenty of time to get used to it – it made the flow of combat considerably more entertaining and fluid as you could flexibly execute stylish combos by simply swinging the analog stick in several directions. By the end of the third level, I had already mastered a steady string of awesome combos that could decimate enemies without giving them a moment to breathe. The game’s controls might not be for everyone, but they work for the chaotic, style-driven gameplay on display here. It’s a fantastic, unique highlight of Shing!, though understandably wouldn’t fit in other beat-em-ups.

There are a variety of terrific enemies in Shing! that all demand specific ways to approach them in combat. Weaker enemies are juggled fine with basic combos, but smaller demons are more nimble and force the player to swing downwards on the analog stick in order to hit them. Brute demons have greater health and hit harder, but they’re slow and their attacks are telegraphed well in advance, giving you plenty of opportunities to either parry or dodge. As the game progresses, enemies evolve and become harder to engage in. Sometimes, direct combat isn’t the best option, so Shing! offers a few ranged opportunities like bombs and Shuriken to help control the flow of battle. Boss encounters are exciting while they last – and most of them have their own quirks and backstories that are just as hilarious – but gimmicky mechanics, like pesky environmental hazards and falling boulders, punish the player for not being attentive. They’re not outlandishly challenging, but I found the difficulty unfairly balanced in certain boss fights that made it a slog to get through.

Shing! is best enjoyed with offline or online Co-op, as having friends to play with really livens up the experience. At times, it’s even a necessity just to alleviates some of the frustration of dealing with particularly gruelling encounters (and there are several of them towards the late game). While the game ran fine in single-player mode, multiplayer hits plenty of technical hiccups that hindered the enjoyment factor. On a number of occasions, hit detection would fail to register, controls would stop working altogether, and framerate drops were frequent when the screen becomes cluttered with enemies. It also led to a handful of game crashes, though thankfully the forgiving checkpoint system meant we didn’t have to redo entire levels or boss fights. 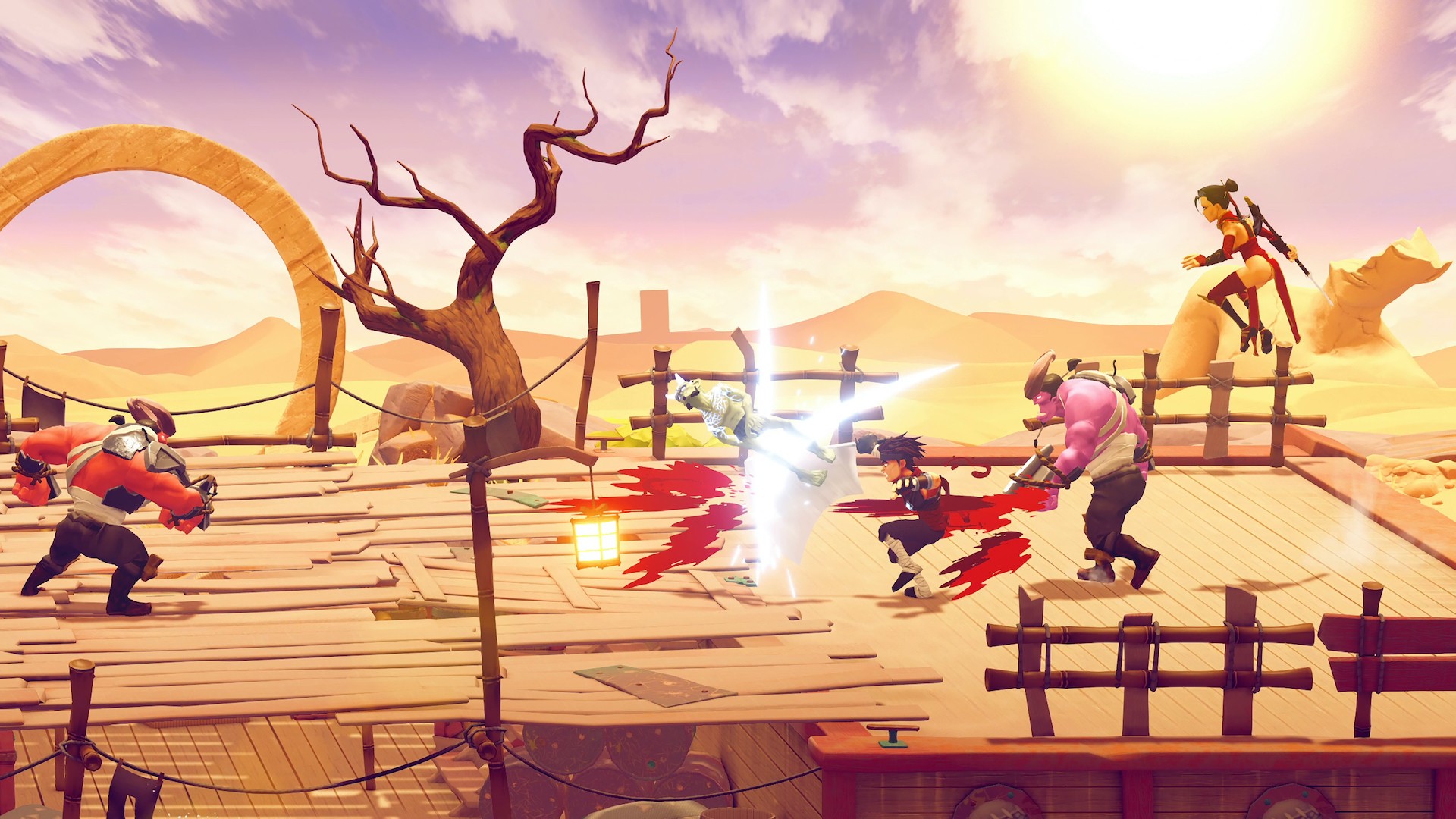 For an inexpensive experience with friends, Shing! is perfectly entertaining if you can forgive the technical problems. The crass comedy, which would put Borderlands to shame, makes for some unintentionally hilarious and often cringe-worthy moments. However, they’re still shamelessly fun to laugh at, even during its more drama-heavy story beats. The voice acting is good, and you can tell the actors had plenty of fun spouting out silly one-liners. Sound design is altogether solid, and despite the technical woes, it still remained a consistent quality. Sadly, the soundtrack was a missed opportunity. It has moments of brilliance, like feudal Japanese-inspired battle music and atmospheric melodies, but they’re in such short supply that I just wished it embraced its over-the-top goofiness and delivered a score that felt more lively.

Overall, Shing! is crude, shameless, and surprisingly innovative, delivering a few solid hours of entertainment. There are still persistent bugs and glitches that somewhat hinder your enjoyment on PS4, though I can’t tell if the same applies to the PC version. It’s endlessly fun mowing down enemies in stylish ninja fashion once you’ve got the hang of the unique combat controls, and dives right into its absurd premise with all the self-awareness of a Weird Al Yankovic parody video. Yet, it excites enough to warrant some attention, especially for its low asking price. Shing! won’t become your favourite beat ’em up side-scroller, but it does have moments of brilliance sprinkled in an otherwise good game overall.

Technical problems aside, Shing! is fast, ultra-stylish and wonderfully self-aware of its bizarre comedy.