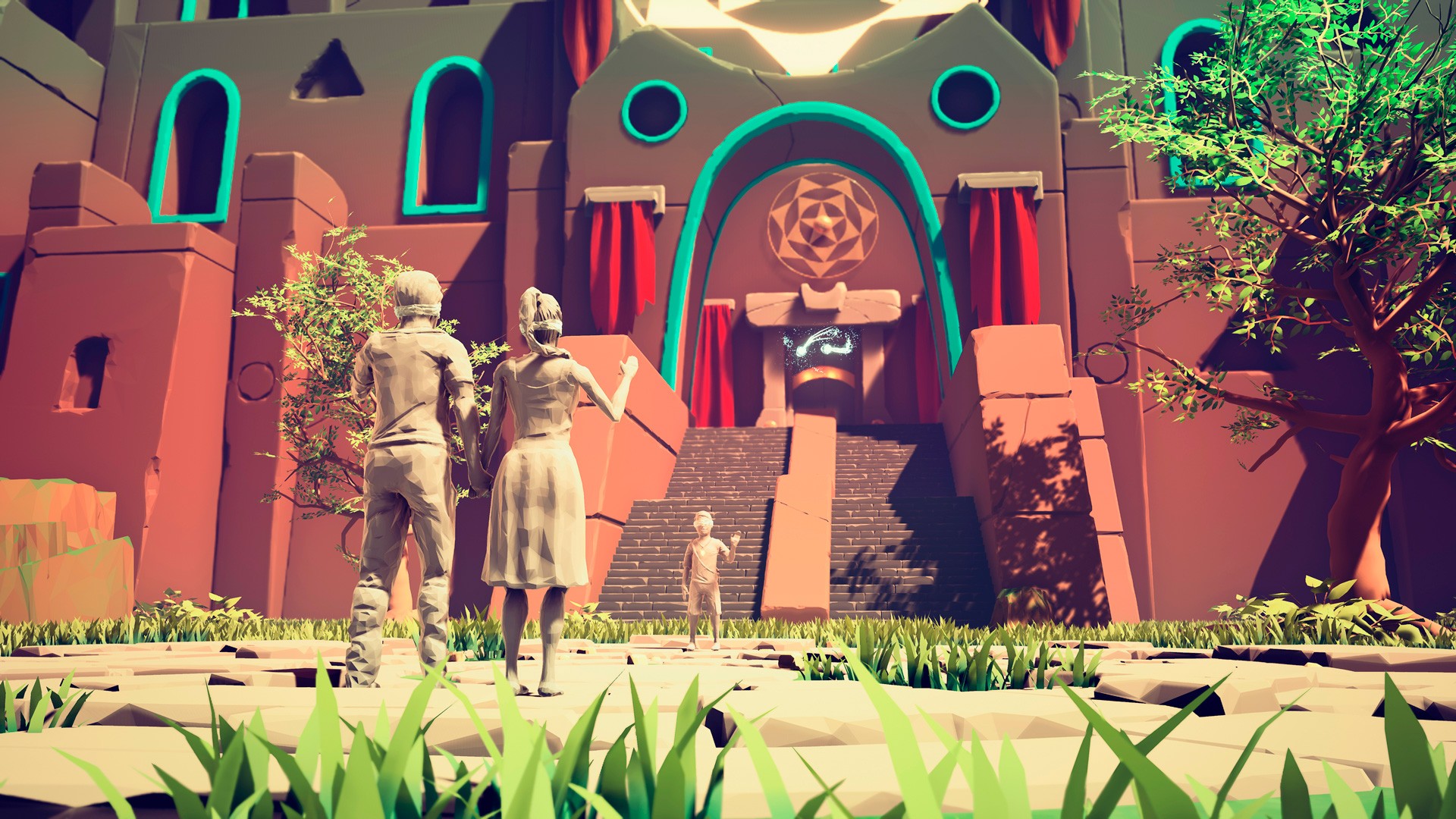 I am always down for a puzzle game, especially if it looks as gorgeous as The Sojourn. In all honesty, I never heard of this game before until it popped up on the Steam store page and after checking it out, I knew I had to give this game a try. Although I’m not fantastic at solving puzzles, I still always end up getting drawn to those types of games. Anyway, I just like to make use of my brain from time to time, and actually, I think it’s even relaxing when all the player has to worry about is to how to solve the puzzle instead of trying to survive. But at the same time, that means that it’s highly possible for me to get utterly frustrated in case I get stuck and cannot seem to find the solution.

There is no real introduction to The Sojourn when the game starts, but the player finds themselves in a strange building with some lights that flying around. As they seem to be quite important, I ended up following them and when they light up ancient-looking light bulbs, objects start to appear. My first impression of The Sojourn was: Oh wow, there seems to be something magical going on here! And I wasn’t disappointed. This game indeed works with a lot of supernatural ways to solve a puzzle which becomes evident quite soon in the playthrough.

Anyway, let’s get back to the storyline of The Sojourn. The unusual thing here is that this game does not offer any cutscenes to its player, and at first glance, it seems like there is not a lot going on when it comes to the plot. Actually, the player only solves puzzles after another to advance to the next one. However, there are statues spread throughout the playthrough that do tell a story on their own. It becomes obvious that something is going on here when the game first presents a statue with a baby and their parents. You see, the baby gets older with the next statues. It’s important to keep in mind that the story is not in the foreground at all, and the puzzles take up most of the playing time. 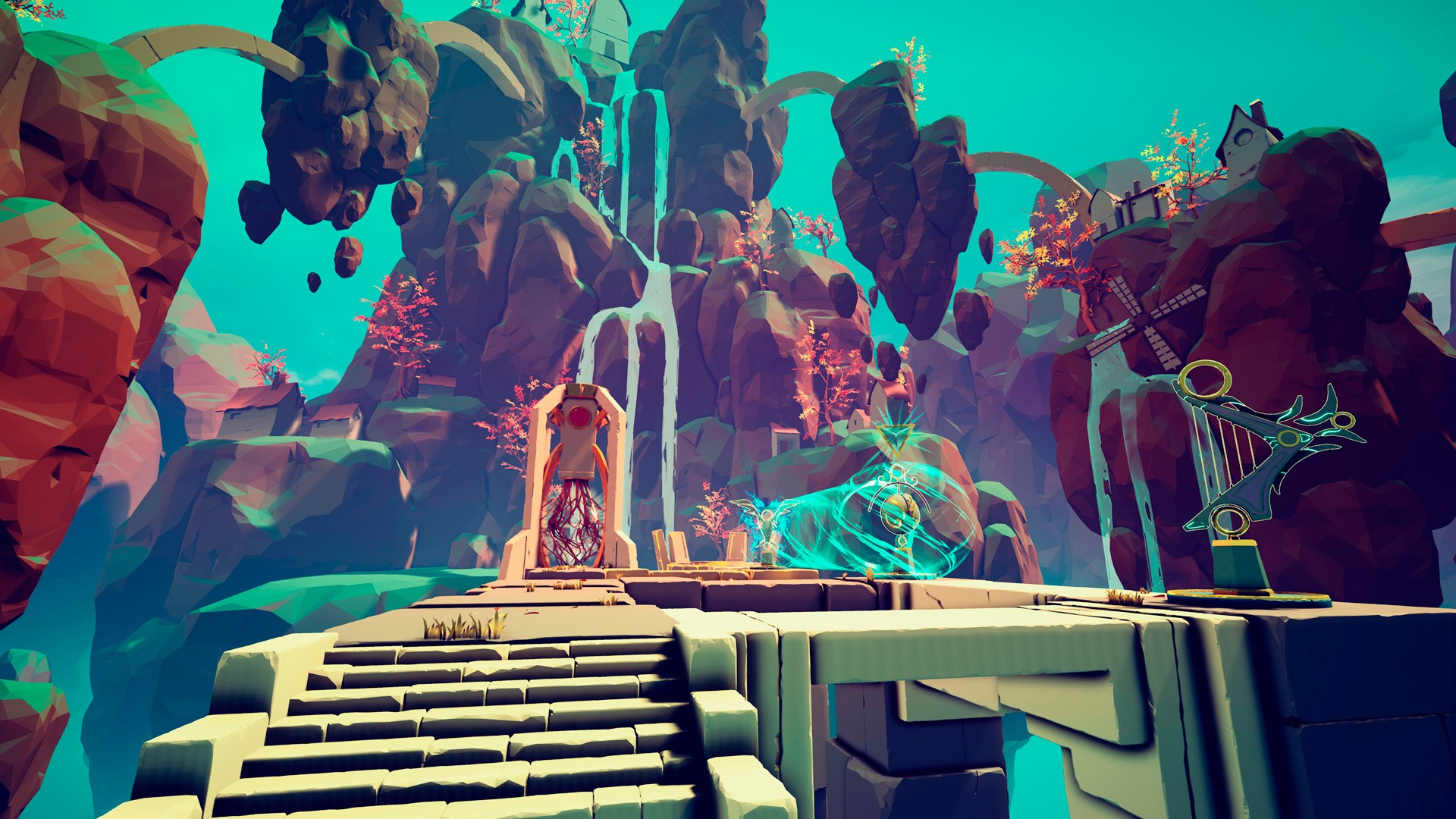 So, as aforementioned, the puzzles itself are no regular puzzles. With the help of supernatural abilities, the player has to solve various puzzles. Early in the game, the first ability gets introduced where the player has to step into flames so they can enter the “dark” world. You see, it’s mandatory to solve the puzzles as this world is slightly different and some objects, such as bridges, might appear that are necessary to advance. However, that’s not already everything as the player can switch their places with a special statue while consuming the flames. Something important to add here is that the player can only stay in the dark world for a limited time.

There is a white bar in the middle of the screen that indicates how much time the player has left in the dark world. However, this bar doesn’t get reduced over time, but with each step of the player. This way, I still had enough time to carefully think about my moves instead of being pressured with an actual time limit, so I really liked that feature. Anyway, later in The Sojourn, a lot of other abilities get introduced as well and, along with that, each puzzle gets more complex.

The first puzzles start off generous and are very easy to solve while it slowly gets harder and harder. I didn’t have any problems at all with the first puzzles while I had to think a lot about later ones. I guess that makes sense as the game properly introduces the player to its world, and special features, first before revealing its true difficulty. As a piece of side information, it’s quite easy to get stuck with the puzzles due to the teleporting, but luckily, there is a reset feature implemented into the game that brings the player back to the start of the puzzle anytime they wish. 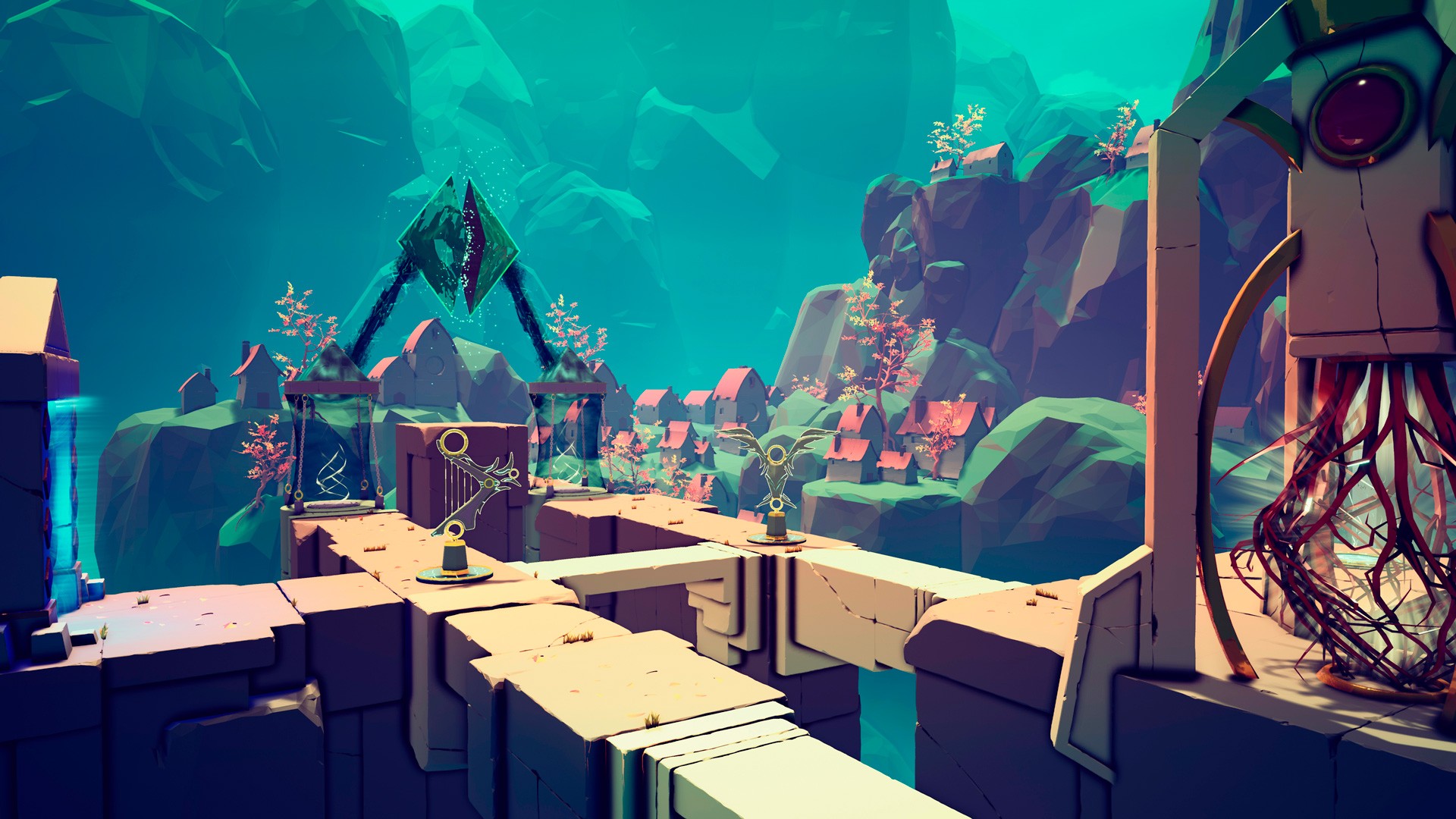 Graphics-wise, The Sojourn is stunning. I loved the approach of a brighter world while the player still has to visit a much darker one. The contrast was visible this way and I cannot decide which world I prefer, but luckily I had to often visit both of them, anyway. I had a lot of fun exploring the world of The Sojourn, although the player only has the task of solving the puzzles. The environment itself is well-done as well with the different statues, bridges, gates, and doors.

The Sojourn is a solid puzzle game that will rack your brain. I loved the different types of abilities and functions that this game introduced and especially liked the supernatural theme with teleporting and much more. Sadly, the story is not fleshed out at all, and solving the puzzles is clearly the main objective in this game. I feel like the player could have been more attached to its world if it tried to immerse the player by implementing cutscenes, however, all the player does is solving one puzzle after another. Anyway, The Sojourn is still recommended to puzzle lovers, and I had a great time with it.

The Sojourn offers its players engaging puzzles with supernatural functions, although it doesn’t focus on its storyline as well.