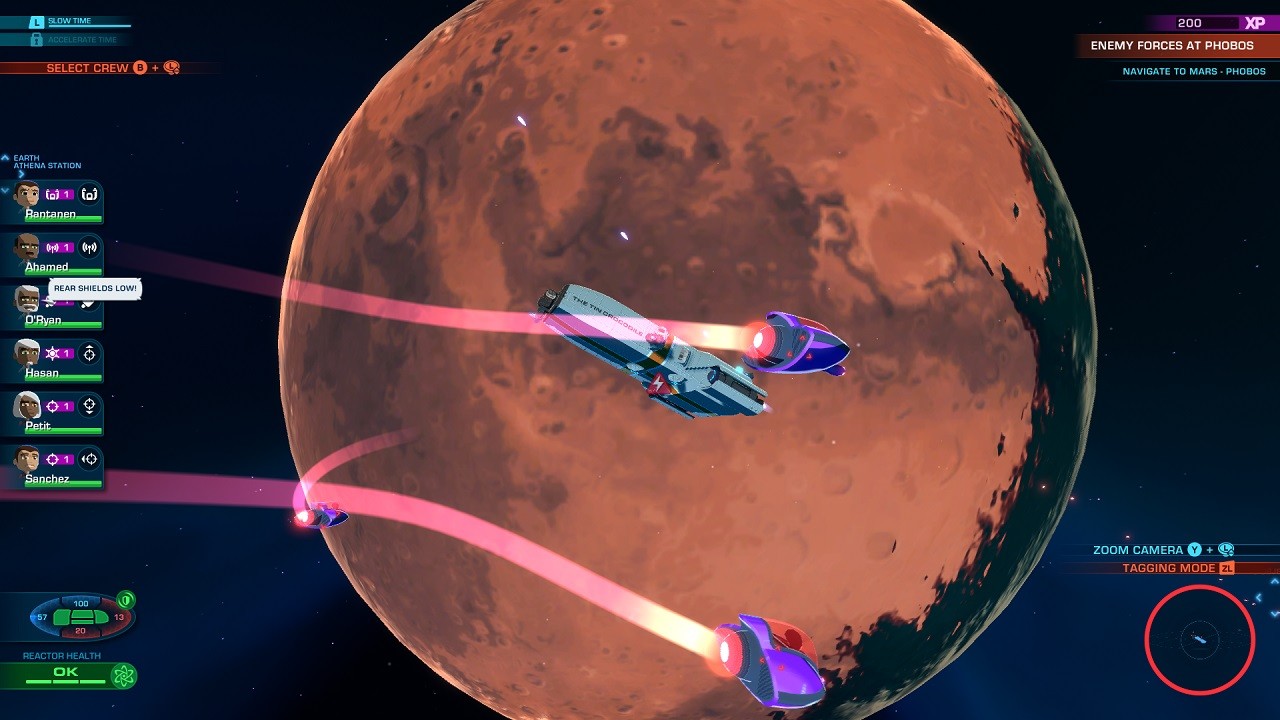 After its success amongst players, Curve Digital brings us a similar yet unique successor named Space Crew. Set in a space ambience, the next Crew series’ game gives us a huge variety of options in terms of management gameplay, through a fun and cartoonist game. However, don’t let this childish looking fool you: one flaw and it can cost your entire crew’s life.

In Space Crew, you take the control of a spaceship with six members. Each character has its own role: the Captain, Comms officer, Engineer, Security officer and two Weapons officers. The captain is responsible for the spaceship piloting and evasion from enemy fire, setting waypoints and choosing the navigating approach between offensive and defensive that impacts on battles; the comms office helps the team scanning objects floating on the space and warning you about any issues on stations, in addition to enemies and objective tagging; the engineer will repair your spaceship’s damaged systems much faster than anyone else, besides controlling and distributing the ship core reactor’s energy through the engine, weapons, shields and gravity to increase each effectiveness; whereas the weapons officers have higher accuracy against enemies’ ships and security officer can purge the ship atmosphere to take down the fire, apart from being able to press the instant shield replenishment button in an emergency situation. Each role has its own seat in the ship, and you can delegate any character to it. Although, you must keep in mind that an occupied seat by a wrong role will not perform equally than if you had the right one placed onto it. 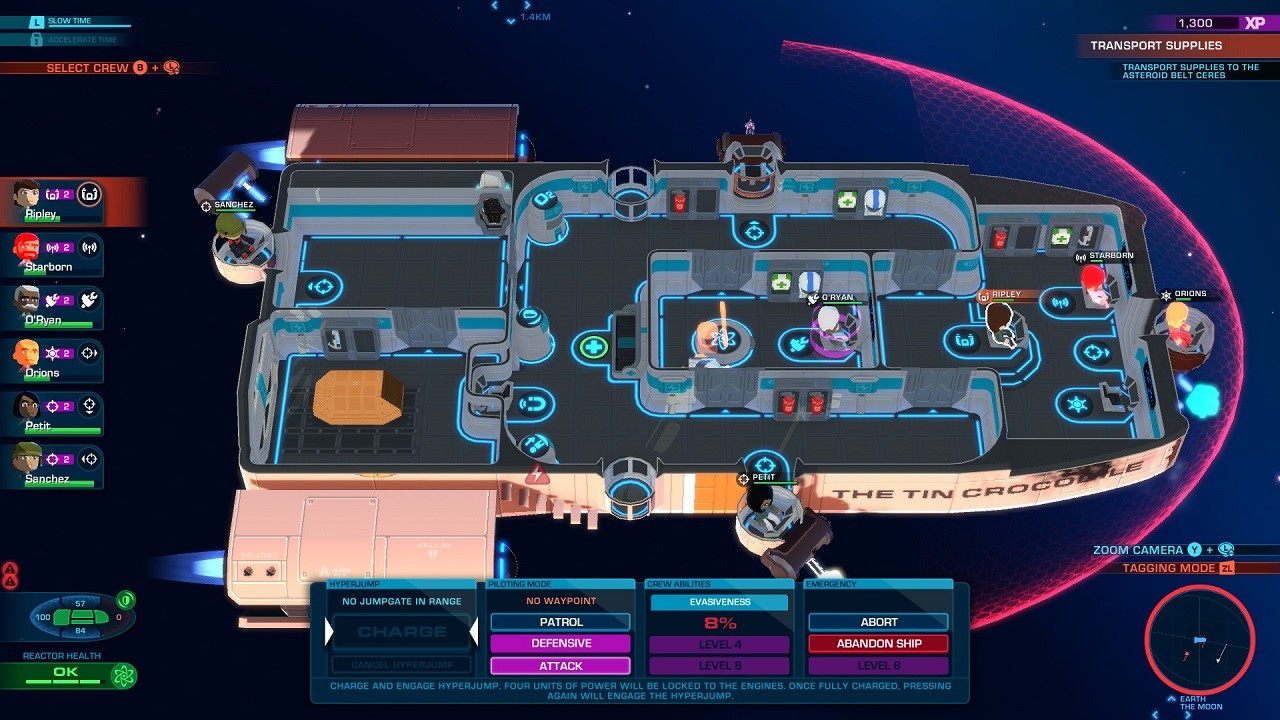 In the space station (base) it is possible to purchase new equipment for the team, increasing their armour, speed, role efficiency, etc. This requires research points, which can be acquired by accomplishing missions. Then, once settled up the team, you can go out to the space and explore the deepness – taking in consideration the video game limitations. There are a lot of mission types available, like rescue, items delivery, stations exploration and so on. These missions are categorized by distinct difficulty levels, like low, medium and high risk. Apart from that, we have the bounty section, where it’s possible to hunt criminals by taking them down on battles to get high monetary values, despite these bounty battles being incredibly hard to pass through with only a bare aircraft and low level characters.

During the path to reach these objectives, usually you have a choice between a safer path or a faster one. Consequently, the fastest path will always bring up a lot of baddies with it, resulting in many intense battles with high chances of getting your whole crew permanently destroyed, as well as your spaceship and upgrades. Each movement is made by getting your ship next to jump portals, charging the hyper-drive jump for some seconds and entering them, which is almost impossible to do while aiming on enemies due to the power highly focused on feeding the ship energy’s system. Once entered a portal, it leads the crew to another space section which can contain side quests and, again, two route options until you finally reach the objective. After that, you need to head back to the base. When finishing a mission without losing the crew, each member that has returned alive will level up, along with primary skills that’ll be unlocked according to the level, such skills that are really decisive in a fight – it’s also possible to train secondary skills. 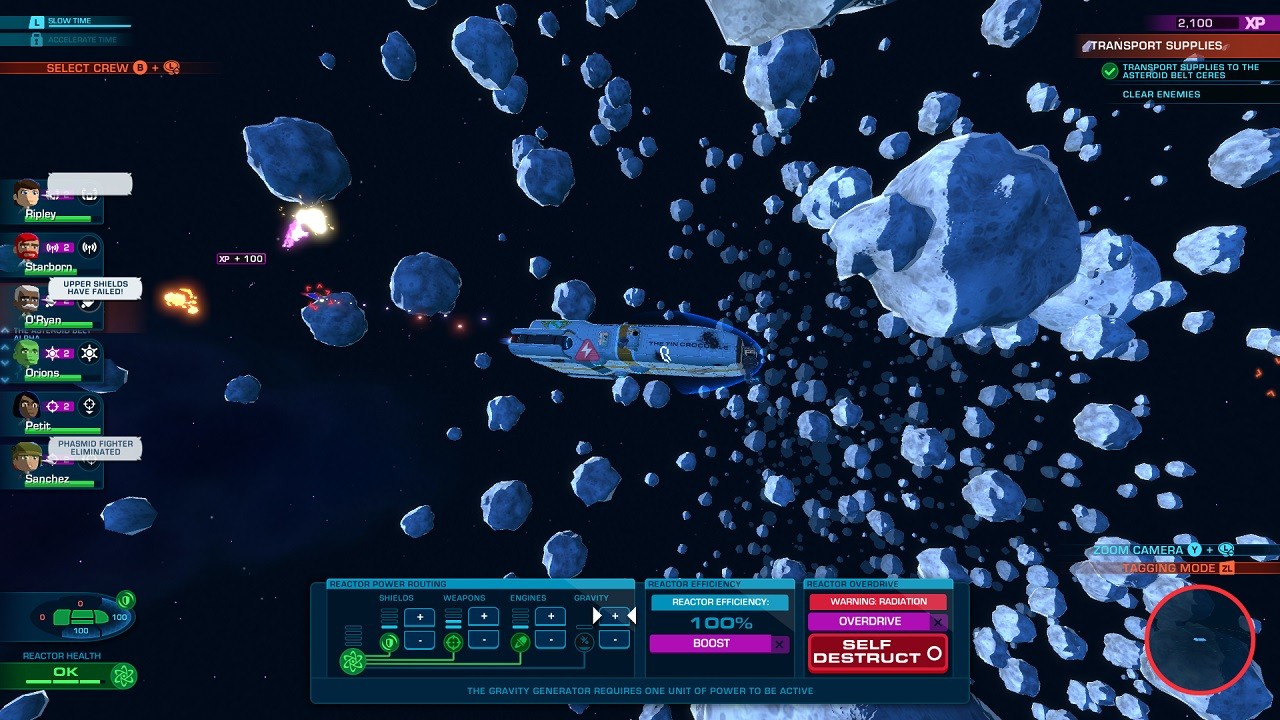 That said, it’s better if you proceed cautiously through the storyline, because if you lose your characters and the ship, everything that you’ve spent on them is totally lost. Upgrade, loadout, crew levels, every single thing is going to disappear. The only stored progress is your accomplished mission, acquired money and research points, which allows you to be still able to buy high class upgrades and newer spaceship improvements (armour, weapons, better engine). The battles are automatic, but it’s possible – or, better said, needed – to manage the shields, weapons, engine and make use of the characters abilities to get the best strategy at that moment. Also, be careful with enemies’ invasion within your ship, you gotta fight them with the crew rifles. It’s all up to you.

Space Crew is a kind of merciless game due to its permadeath, almost being too complex for some players initially. It took me around 5 or 6 missions to understand it better, since it teaches you gradually through the first missions, as well new possibilities are unlocked with it. Once the gameplay is nailed, the game gets a lot funnier and really addictive, even though not having difficulty options. It’s an awesome game to play in short takes.

In Space Crew, once the gameplay is nailed, the game gets a lot funnier and really addictive, even though not having difficulty options.