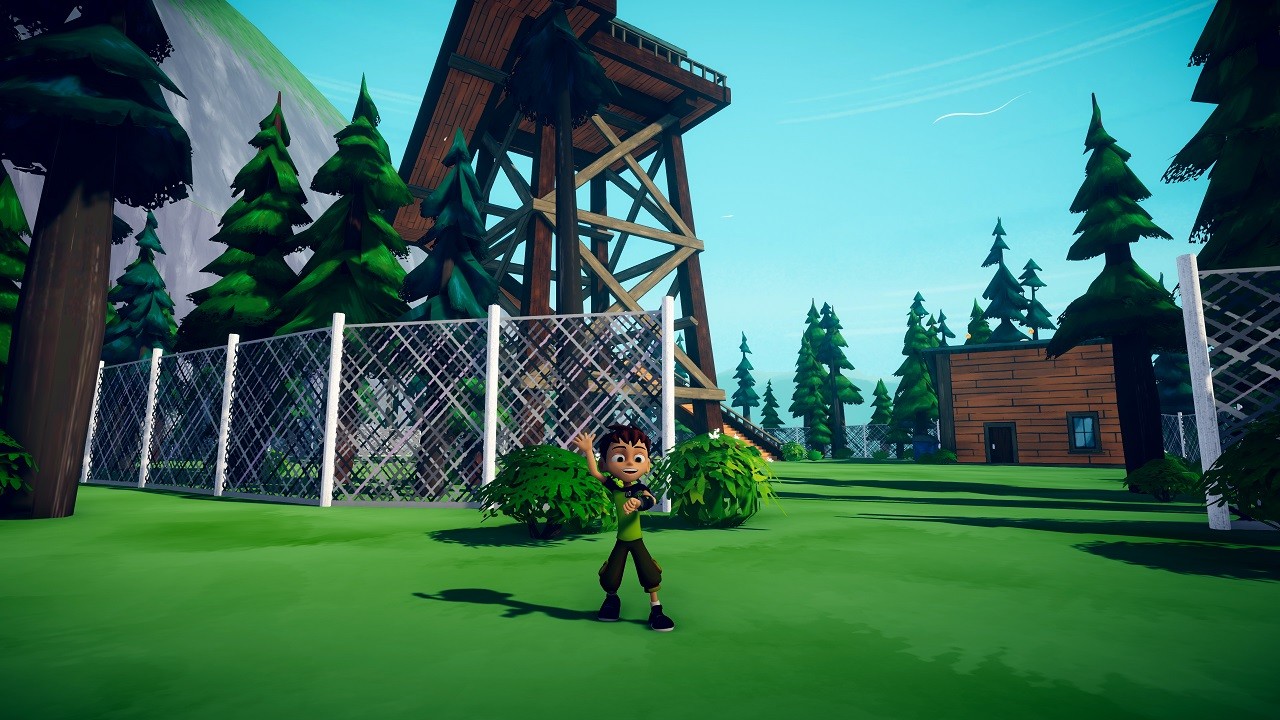 Ben 10: Power Trip is the most recent attempt to bring up the last Ben 10 reboot series from TV straight to video games. Power Trip has been in development for a while and avoided to show deep gameplay trailers, but we already got some appearances of Ben 10 on video games before, as well on Nintendo Switch in 2017 with Ben 10 Omniverse published by Outright Games. Most of these games offer a beat ’em up genre, with upgrades through experience acquired by battling the baddies, a gameplay style very used when it comes to kid’s video games.

Ben 10: Power Trip tells the story of the protagonist Ben Tennyson that just got on vacation along with his family, Grandpa Max and sister Gwen, to have some good time in Europe. Suddenly, the villain Hex unleashes the power of four mysterious crystals and summons evil creatures, and only Ben can sort this out. Basic plot, and no problem with that. Actually, the most important factor in a video game is technically the core gameplay. That’s really all we need in a cartoon series adaptation like this. Recently I could review the just released Samurai Jack’s game, a decent beat ’em up based on the TV series, which lives up to the cartoon’s name, delivering a good experience through quick fights, level exploration, upgrades and bosses confronts that reminds me of later PS2 games like God of War 1 & 2, or maybe Ninja Gaiden of Xbox 360. 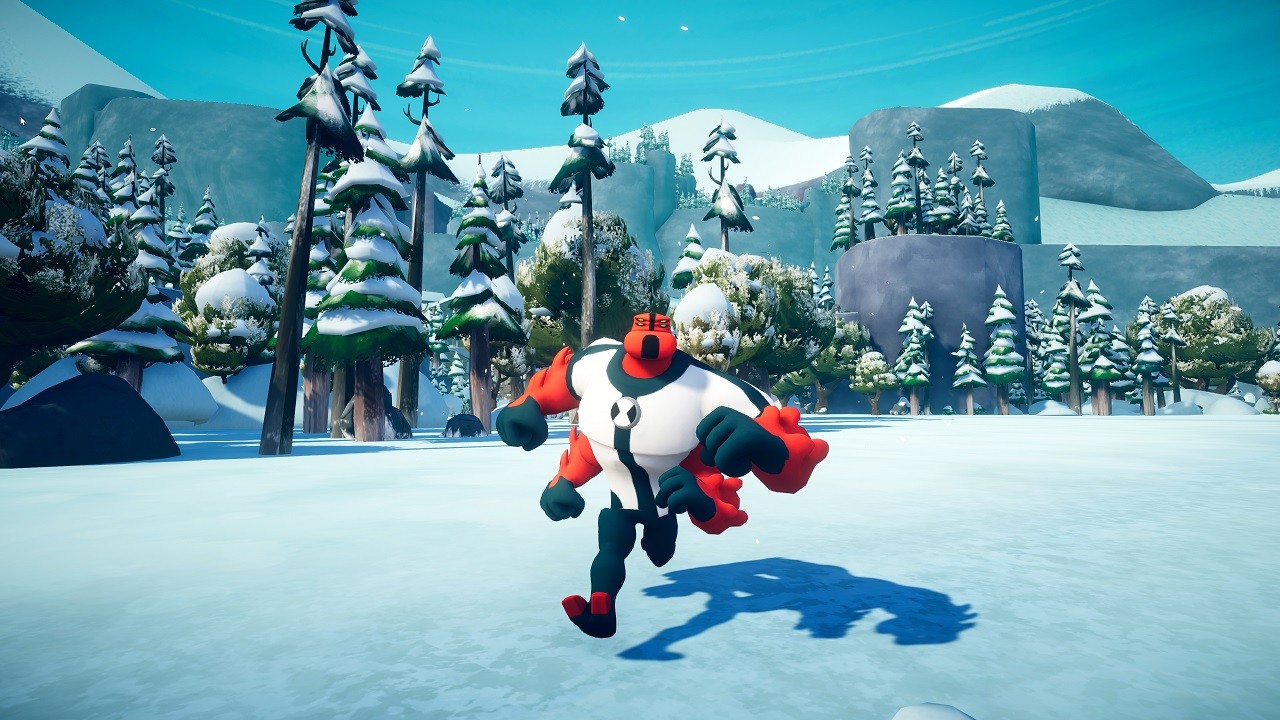 Unlike 2017 Ben 10’s game, Ben 10: Power Trip followed an open world gameplay, which revolves around four different towns with main and side missions given by different NPC. You’re going to face very long distances between these points of interest, but fortunately the fast travel feature is allowed in some minutes of storyline, being possible through Ben’s and his family’s trailer. Six of Ben’s alien transformations are unlockable: Heatblast, Four arms, XLR8, Diamondhead, Shock Rock and Rath. Just like the cartoon, each character has its own skill set that can be used during the battles and solving puzzles around the scenario.

Although the game can be initially somewhat interesting by introducing the player to Ben’s really cool and well designed transformations that are made using the Omnitrix – an alien wristband -, Ben 10: Power Trip’s trip quickly falls short much faster than you could hope. The tasks are too basic and even silly, and can be shortened into something like “pick this here and take there”, push boxes, talk with people to receive more tasks, travel from one place to another, collect items and head back to the requester. It’s like GTA (I’m kidding), but with no charisma at all.

Ben should head toward dimensional cracks as the story proceeds, where crystals can be found, which are needed to be destroyed in order to unlock the Omnitrix transformations. Even though there are plenty of battle moments, they can’t hold up the whole gameplay because there’s no feeling of true weight behind hitting an enemy, nor with the help of the HD rumble system. Also the combos are very boring and you literally can’t get any effect caused by your special powers, like Heatblast that can’t burn enemies alive with his fire blasts – ok, it’s a child’s game -, whereas hay and leaves are burnable to accomplish tasks. Yes, I’m trying to find any sense in a cartoon game. 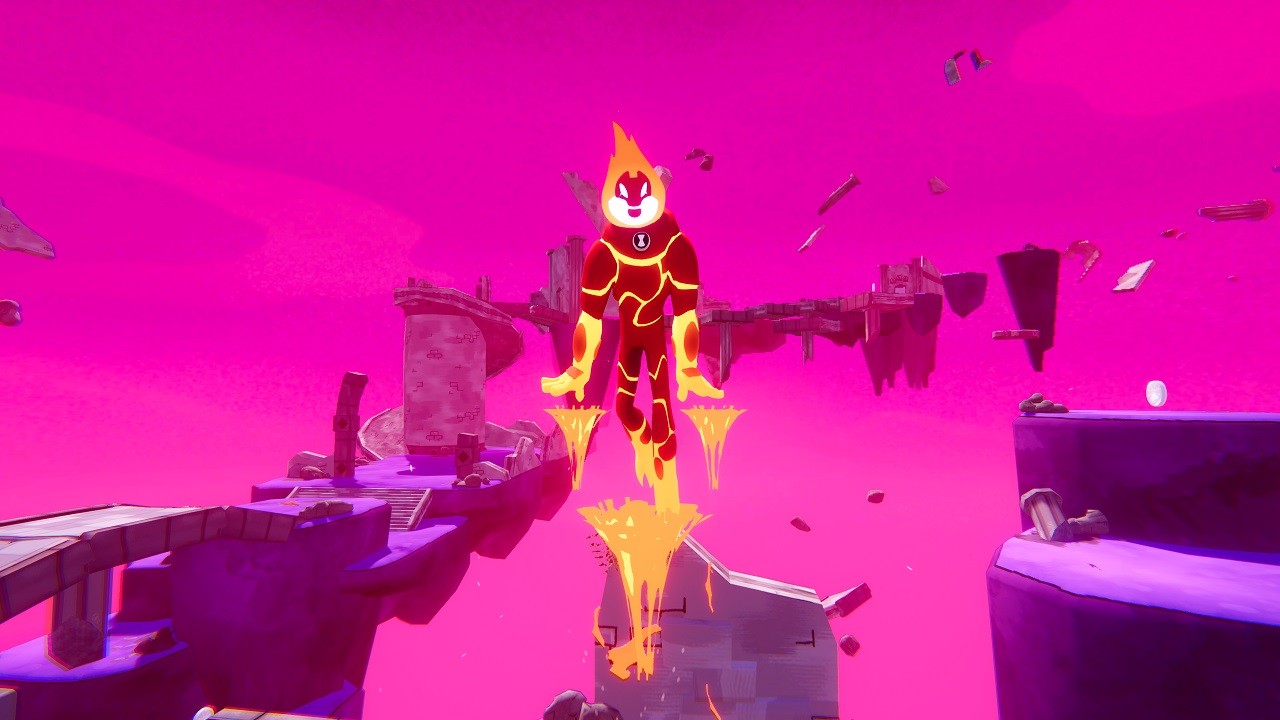 As you fight enemies off, they drop experience points which are used to level up Ben and improve the character’s attributes. Even though the upgrade system is kind of relevant here, it’s totally needless since you can just progress through the story by avoiding those battles – except the bosses ones. There are three types of improvement that can be made: toughness, to decrease your damage taken; power to increase your damage; luck, to add higher chances to get critical hits. Also, we can buy stuff at stores to boost the character attribute during fights, by using the in-game currency gained when you kill the baddies.

Now in terms of technical issues, unfortunately the Switch port is the worst one of all versions available. The framerate drops hugely in busy areas, the graphics are muddy and pretty old fashioned besides, there’s a lot of collision glitches (you easily get your arm inside a wall) and lack of dying animation – you simply respawn again when you die.

Honestly, Ben 10: Power Trip leaves a lot to be desired and seems like a minimal effort to get maximum revenue through a licensed series, almost an insult to kids’ intellect. And this is extremely noticeable, since it lacks a lot of polish and presents some lazy and incredible similar tasks, offers a too basic open world gameplay with a huge environment full of emptiness, and ends up being something like an unfinished PS2 low budget product. Seriously, it’s not a problem to be a PS2-ish game at all, unless you give the fandom a poor and low quality game with such whatever gameplay. Oh, there’s a cooperative mode, but you won’t wish to share this experience with anyone else.

It’s sad, but Ben 10: Power Trip seems like a minimal effort to get maximum revenue through a licensed series.