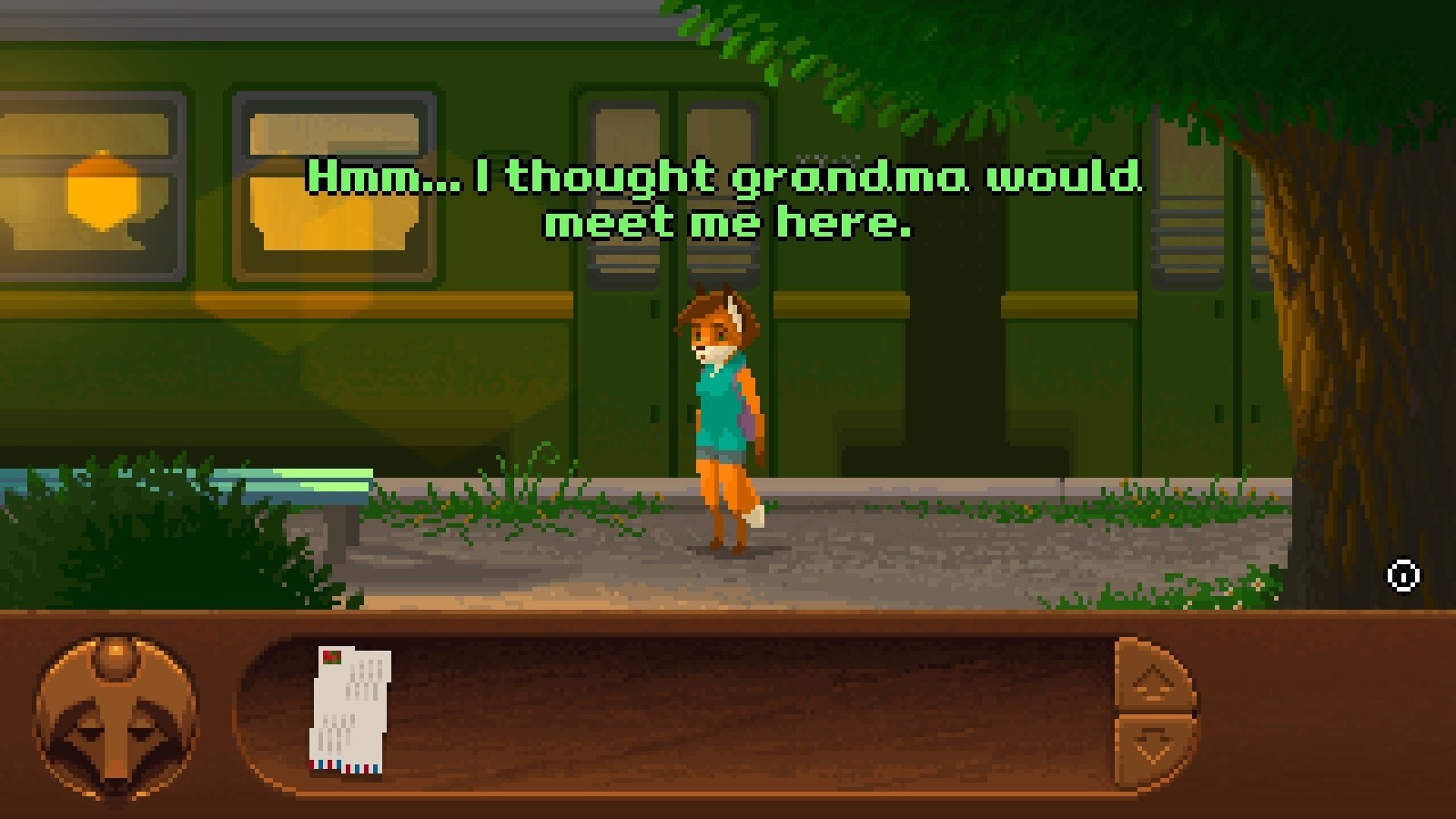 When I started playing this game, I had no idea what to expect at all but being a fan of the old school point and click games like Monkey Island, Hero’s Quest, and such it wasn’t long before I was into it. Even greater still that on the game’s official site, it mentions Legend of Kyrandia, Kin’s Quest and Monkey Island as direct inspiration. This game is currently in early access and as of this review, only 3 chapters are available, but it’s still substantial and enough to make a decent review for so let’s jump straight in!

Foxtail is a story that centres around a young female fox named Leah on her way to visit her grandmother. After some talk of pie and tea, it is found that there is no tea left and we’re off to find some and this is where the exploration and trips down memory lane begin. As we progress through reminiscing about our childhood and grandfather, we learn our grandmother is sick and we need a special foxtail mushroom so she can get better. Unlike a lot of other games in this genre, Foxtail isn’t clear early on in your ultimate goal and honestly, I find that to be a good thing as all the best point and click adventure games are more open rather than linear. What this means though is as you progress through various ‘quests’ I guess you could call them, the game opens up and you find yourself in pursuit of new tasks and honestly, I love that. It’s like dipping your toe in a pool and slowly getting in, and it’s a great way to bring players into the world as they discover the lore. It’s definitely points for good execution. Sadly, I can’t talk too much about the overarching story itself as the game isn’t finished yet and as such, the ending isn’t available so I cannot speak to it. I will say that I adored what I played and look forward to the coming chapters. I can say though that as the chapters progress they get better as the world building takes place. I personally liked each chapter more that the last. 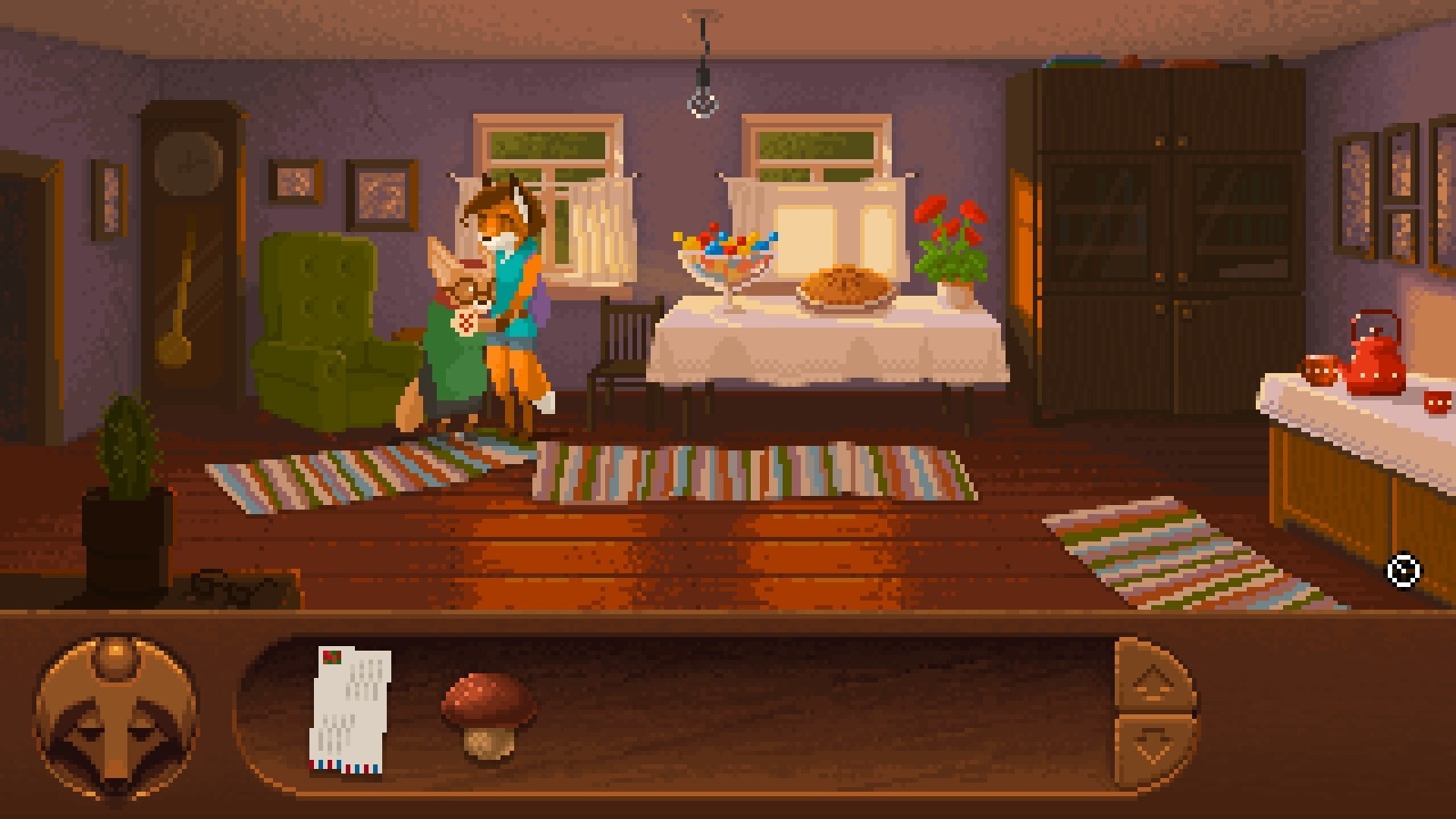 I guess on the surface, some people could view this as a ‘furry game’ and how people interpret that I guess is up to them, but I can safely say that Foxtail is a wholesome, cute and a good time. I grew up in an era of anthropomorphic animals being prevalent in games and cartoons so it didn’t bother me for a second and frankly, the way it’s done is great. The character designs are great and if it makes sense to say, they aren’t ‘too’ human? But nevertheless, the designs are backed up with superb writing, so it’s easy to get immersed if this sort of game is something you’re into. For me, that was easy because I’ve been waiting to play a good new point and click for years now. I think the last decent one I played was Bulb Boy, but I digress.

The first thing that should jump out to everyone is the art style and honestly, the pixel work on this game mimicking the era of its inspiration is top notch. And it’s not just the art style, but rather, the animations too. They are very well executed and while taking notes from old Sierra games for sure, Foxtail really surpasses them. Whether it’s the lighting, animations of characters doing things or leaving the screen, it’s all done with such attention to detail and silky smooth animation. I cannot praise Gingertips Game Studio enough for their work here and really look forward to what they produce down the line. Lending to the animation and art are some really well done sound effects and a really charming soundtrack. It’s easy to get lost in the music at times and together it really feels right out of that era. 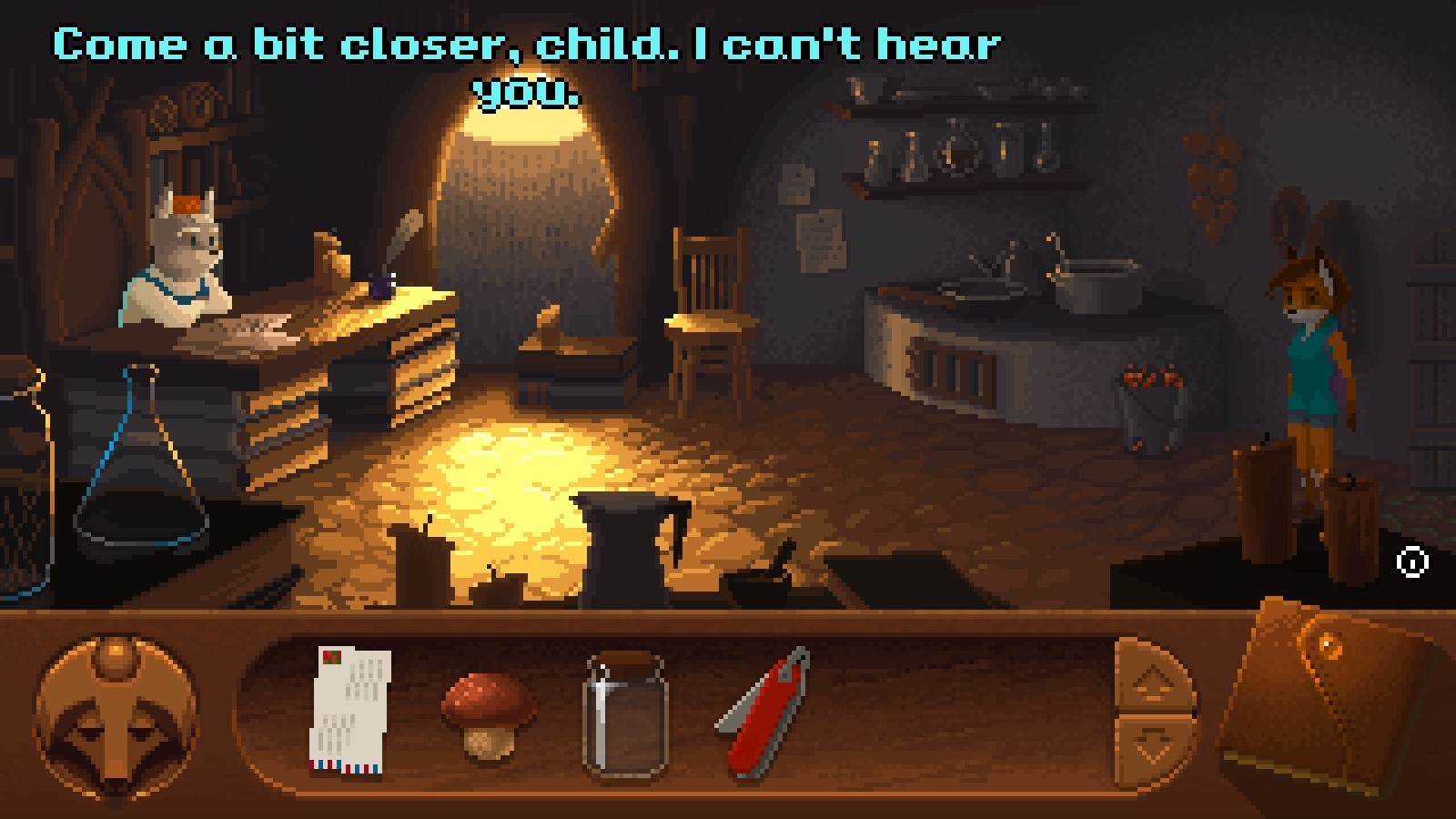 It bears worth mentioning that Foxtail did at one stage have a Kickstarter (and an Indiegogo?) campaign I believe and were unfortunately unfunded so it’s great to see the developers continue with their visual on this because what they’ve made so far is nothing short of charming. I know I mentioned it earlier, but aside from the obvious gameplay elements that come with the genre, exploring, finding item, solving puzzles, etc. The dialogue is very well written, and I tried to get the most out of it in each given situation. What is a shame, and this is a petty gripe in Foxtail’s defence, is no voice acting. I think if it had dedicated voice acting, it would go over a lot better and it would lend to the immesion more much like the later Monkey Island and King’s Quest games had, but that is a lot of additional work and who know, maybe that will happen once the final chapter is released. It’s far from a deal breaker though, because all the writing is so well done and just lends to a sweet atmosphere overall. All the puzzles are fairly logical too, so I feel like it would be difficult to get too stuck (unlike some obscure stuff in older point and click games..) and it seems like there are multiple solutions for a few tasks, so the gameplay gets a thumbs up too.

Overall, for an unfinished game, there is a lot worth playing. I myself got roughly 17-20 hours out of the first 3 chapters and was sad when it was over. I absolutely look forward to the next chapters and finding out even more about Leah’s family, saving her grandmother and just getting the fuzzies inside while playing it. It was absolutely a good time and if you enjoy point and click adventure games, I would absolutely recommend it.