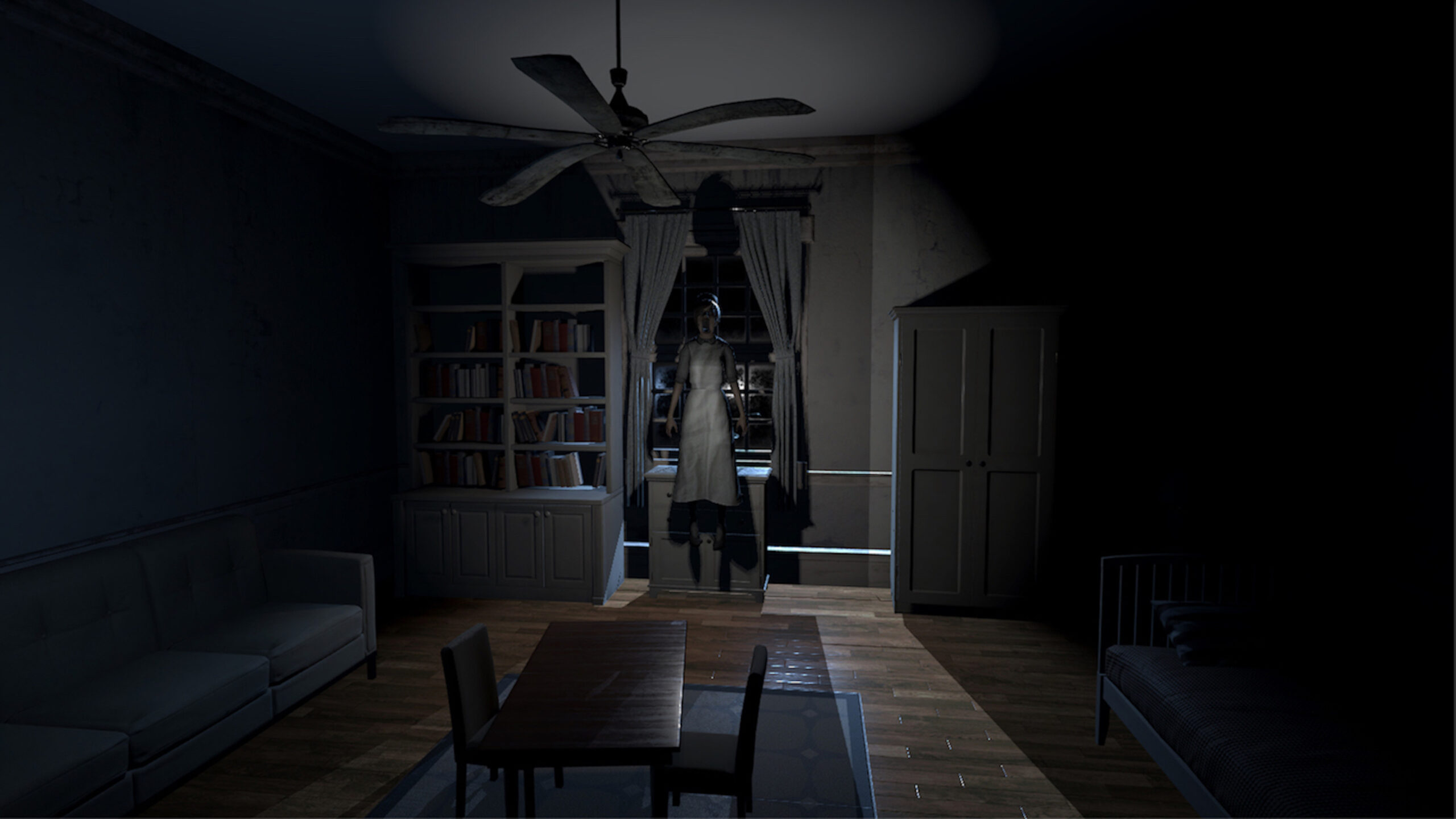 As Halloween staggers towards us, I still find myself looking for some good honest scares. I turned to Horror Adventure in my time of need. Will it be packed full of the blood soaked carnage I so badly crave, or will it be more trick than treat?

Horror Adventure promises an interactive horror experience set in a procedurally generated house of hell. The set up is a textbook cliche: a paranormal investigator exploring an old abandoned manor. It’s a shame a more original scenario wasn’t chosen; a priest in an asylum, maybe, or a clown in a slaughterhouse. Anything other than a tired cliche, they are the kryptonite of creativity.

I was a little concerned about the quality of this game from the title screen alone. I noticed one of the scary ghoul’s feet in the background of the image were clipping through the floor. I hoped this was a small oversight and tried to start the game with an open mind, ready for a good scaring.

I can’t deny that this game is interactive. You have full control of the character and the use of two buttons, one of which is pause. Through the game you interact with various objects, open doors, turn on radios etc. Sometimes you even get to hold stuff like a torch or a lit candle. I never really felt like I was a part of the action though. 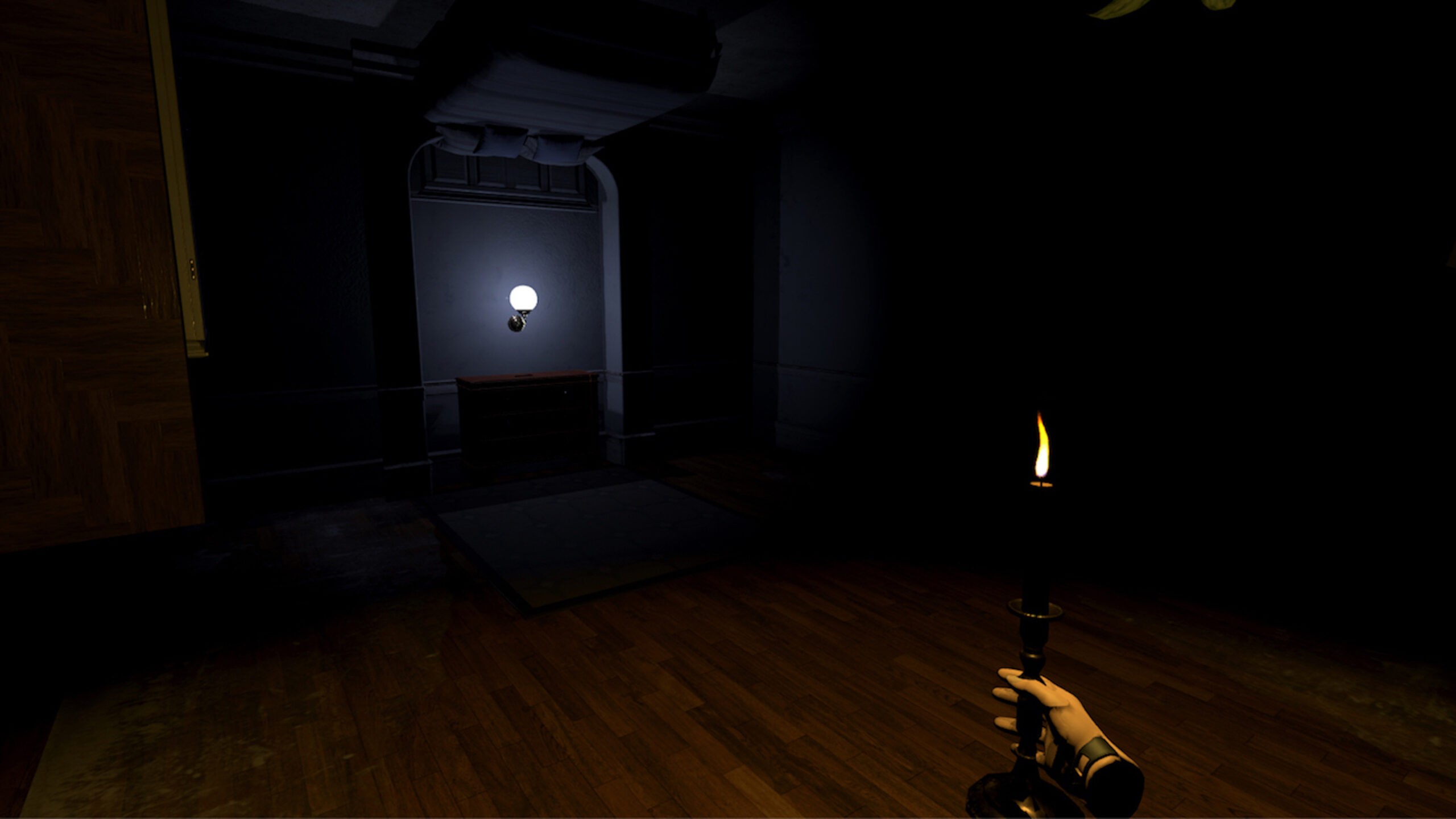 Character Movement in Horror Adventure is a little slow and sluggish for a jump scare game. Sudden shocks lose some of their impact when the fastest you can react is on par with a glacier. You need to be able to quickly turn away from the unknowable terrors stalking you, slowly rotating away just isn’t the same. I’ve seen faster escapes watching old people climb stairs.

To be brutal, this game is essentially a collection of clumsy jump scares wrapped around a cheesy cliche. If you have the composure of a nervous guinea pig, then yes, it is going to make you jump. But anyone with more than a passing acquaintance with horror is going to find this title a tad laughable.

One of the game’s major flaws is repetition. The same jump scare tactic is used over and over again until it is not only expected but becomes completely normalised. Sadly, Horror Adventure only really has one trick up its sleeve and it’s happy to keep playing it till you are sick to death.

The atmosphere of Horror Adventure was by far the creepiest factor of the game for me. The level design, while nothing new, had a dark and foreboding quality about it. Some of the artwork on the walls of this haunted old house is genuinely rather chilling. More shivers crept up my spine from looking at these hellish paintings than from anything that jumped out at me from the shadows. Although I was surprised to see Hokusai’s The Great Wave also hanging on the walls. 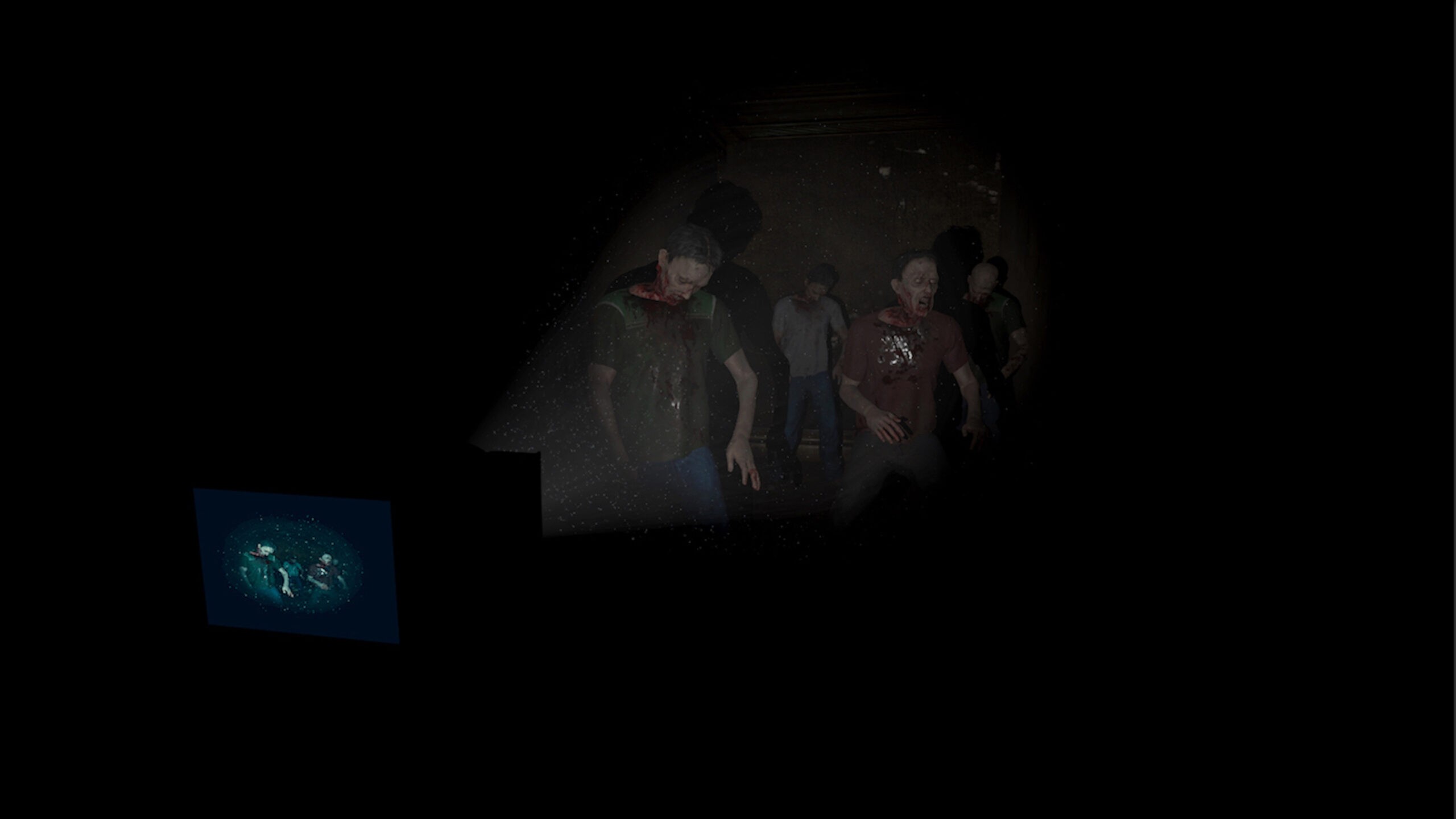 Another of the better qualities of the game is its sound design. There are some pretty spooky sound effects and background sounds at play while you explore. The use of dramatic audio stings is well played at certain points of the game, but at others they seem out of place and completely unrelated to the action.

Horror Adventures tricks are not all wasted though. During my time with the game I invited a friend to have a go. He played along for about ten minutes before loudly starting to exclaim how bad and unscary the game was, then a ghost jumped out from a corner and he jumped in his seat. The irony of the situation was sadly lost in the moment.

There are some genuinely frustrating parts of this game. At a number of points you are plunged into total blackness and must aimlessly spin around until something pops into view. This trick is used a few too many times and for a little too long, it just derails the game.

There is very little sense of progression or focus throughout the run time of Horror Adventure. It just feels like an aimless stream of cheap jump moments that abruptly stop after about an hour. If there is a meaningful plot running through this game, I couldn’t see it. The ending was so anticlimactic and sudden that I thought the game had simply crashed. It wasn’t until the completion trophy popped that I realised the adventure had ended.

I’m amazed that this game is on sale for £7.99, It’s been horrific, but not much of an adventure. Right now for the same price you can pick up The Evil Within on the PlayStation store, I know where my money would be going.

Take a tour around a procedurally generated haunted house on the hunt for paranormal activity. Hold your torch tight as things start to go bump in the night.