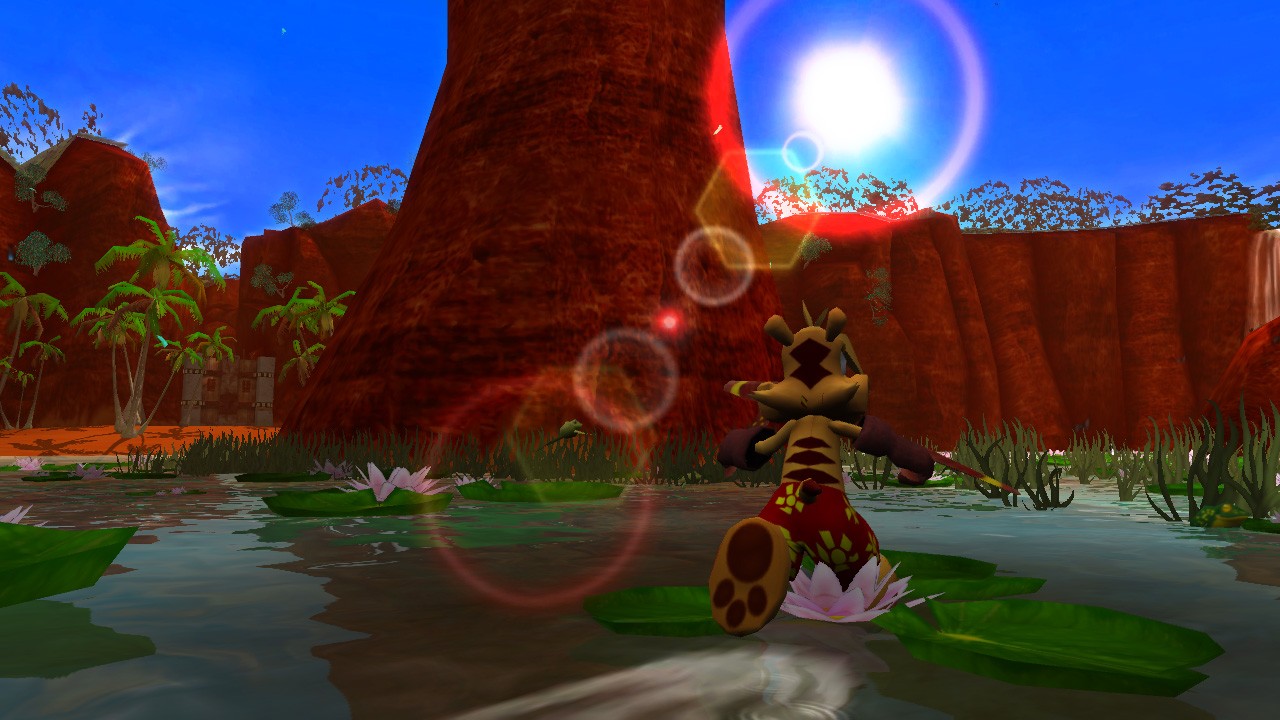 Ty the Tasmanian Tiger is a game that was originally part of the group of 3D platform titles that were very present in the PS2 era. The genre was inaugurated and well developed during the PS1 and N64 age, in addition to bringing up life to several famous characters from the world of games such as; Crash Bandicoot, Spyro, Croc (this one not so much) and, of course, Mario. In the PS2 generation I completely abandoned platform games, since I was around 14 years old and my attention was much more focused on other genres such as; survival horror, racing, shooting and so on. Being a complete stranger to me, I ended up meeting Ty only recently and didn’t even know it was originally made for GameCube, PS2 and Xbox in the distant year of 2002.

However, Ty also made a very sudden appearance in 2013 in a 2D version with a 16-bit vibe and side-scrolling gameplay, with a weird game release only to Windows 8 and RT. Despite that, Ty also had two sequels, called TY the Tasmanian Tiger 2 (2004) and TY the Tasmanian Tiger 3 (2005). That said, it’s possible to feel his clear inspirations of that original release age in Ty the Tasmanian Tiger HD Remaster, especially in games like Mario Sunshine – probably a competitor, through his sense of freedom within the selection of stages and the stages themselves. But does a PS2-era scope game still hold up today? Well, let’s find out.

Ty is the last of the Australian tigers who was raised by a family of Bilbies (Australian Bandicoots) and doesn’t know his real parents. One day, Ty learns that he’s probably not really an orphan, and that his parents may be alive and trapped in a place called Dreaming. Then, the protagonist discovers that there’s a portal that can be the door to the place where his parents were supposed to be, but for that he needs to gather five talismans to accomplish the task. However, you also need to face Boss Cass, the cassowary, and his baddies who are also after these desired talismans.

I’d say that visually Ty the Tasmanian Tiger HD certainly improved the resolution and graphics of the original game, but the 3D models of the characters and textures are still somewhat dated. I know that the purpose of the 2020 version is to be a remaster and not a remake, but even so, there’s a feeling there that it’s a slightly outdated product. I’m not a demanding person when it comes to graphics, so I never get bothered by visuals in general, but it’s important to note that the change from 2002 to 2020 game was more in charge of the resolution and other minor details. The rest is basically the same, both in terms of gameplay and plot. Regarding the original content, several optional skins for Ty have been added, in addition to a 60fps locked framerate that runs wonderfully without gagging or dropping – ok, only in extremely specific locations -, improved shadows, improved reflections and a hardcore mode. 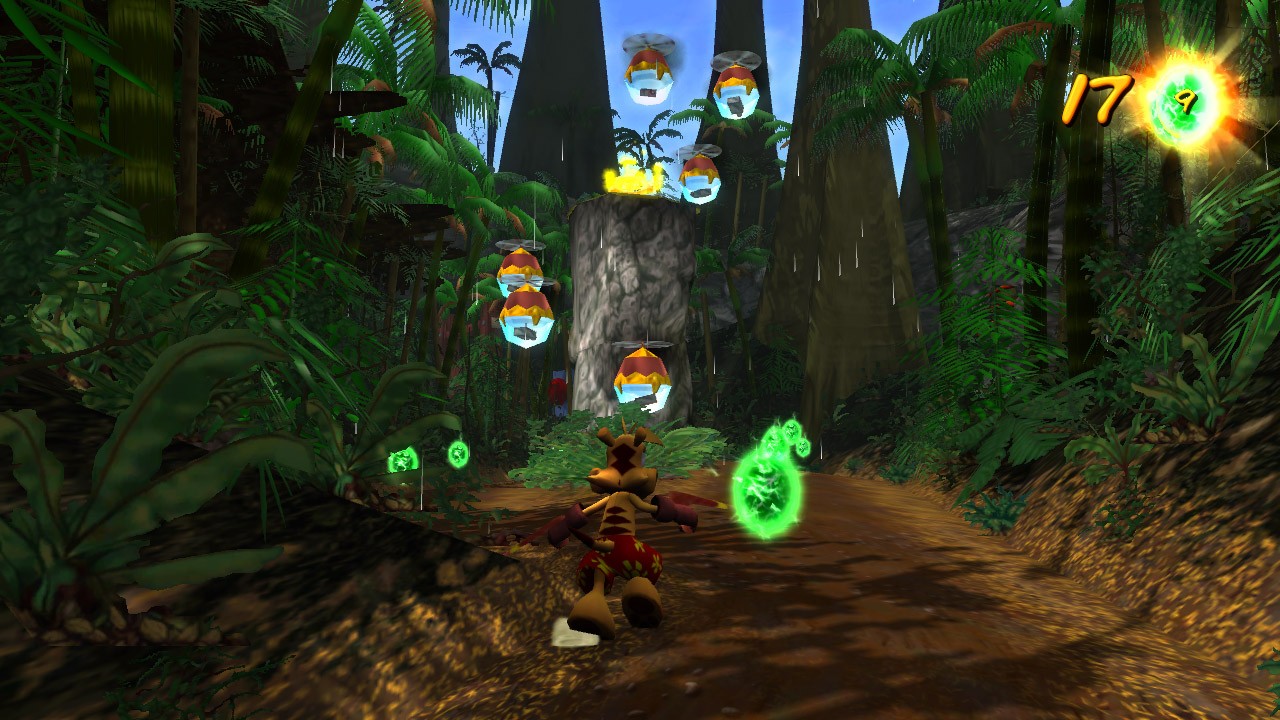 In terms of gameplay, fortunately Ty holds up very well in 2020. Although the controls are not a masterpiece, they all work in a pleasant way and get the job done, as well as the movement of the character that proves to be quite accurate. The camera often disengages and positions itself at a complicated angle, but there are three levels of proximity that mitigate this in an acceptable way. Ty has some skills like jumping, using his pair of boomerangs at enemies or using them to glide and, like any tiger, he bites. Interestingly, moments of water gameplay are the ones I hate the most in platform titles, but here Ty’s movement turns into something similar to what we see in airplane games and it works incredibly well, resulting in something very fun and fluid.

The missions within the stages to obtain the Thunder Eggs are also quite varied and involve a number of different tasks, such as defeating a specific number of enemies, arriving in apparent unreachable locations, solving puzzles, talking to NPCs and performing quick tasks with often mini games, etc. Some of these tasks are more common and can be found in all stages, such as rescuing 5 Bilbies or collecting 300 Opals (a kind of gemstone) scattered around the scenario to exchange them for a Thunder Egg.

The gameplay is similar in all stages, and the goal is to always get all the Thunder Eggs from the scenarios – a kind of Mario’s star. All stages present the Thunder Eggs in a single stroke highlighted on the map their locations, preventing the player from having to return several times in a single stage just to run after the next objective. Despite this, the freedom feeling at this point is due to the possibility of leaving the stage at any time, which takes Ty back to a map that acts as the game’s hub. There, the form of progress follows the same structure in which the advancing requires a specific number of Thunder Eggs to unlock a group of stages, then opening the next area is followed by unlocking yet another set of scenarios to explore. 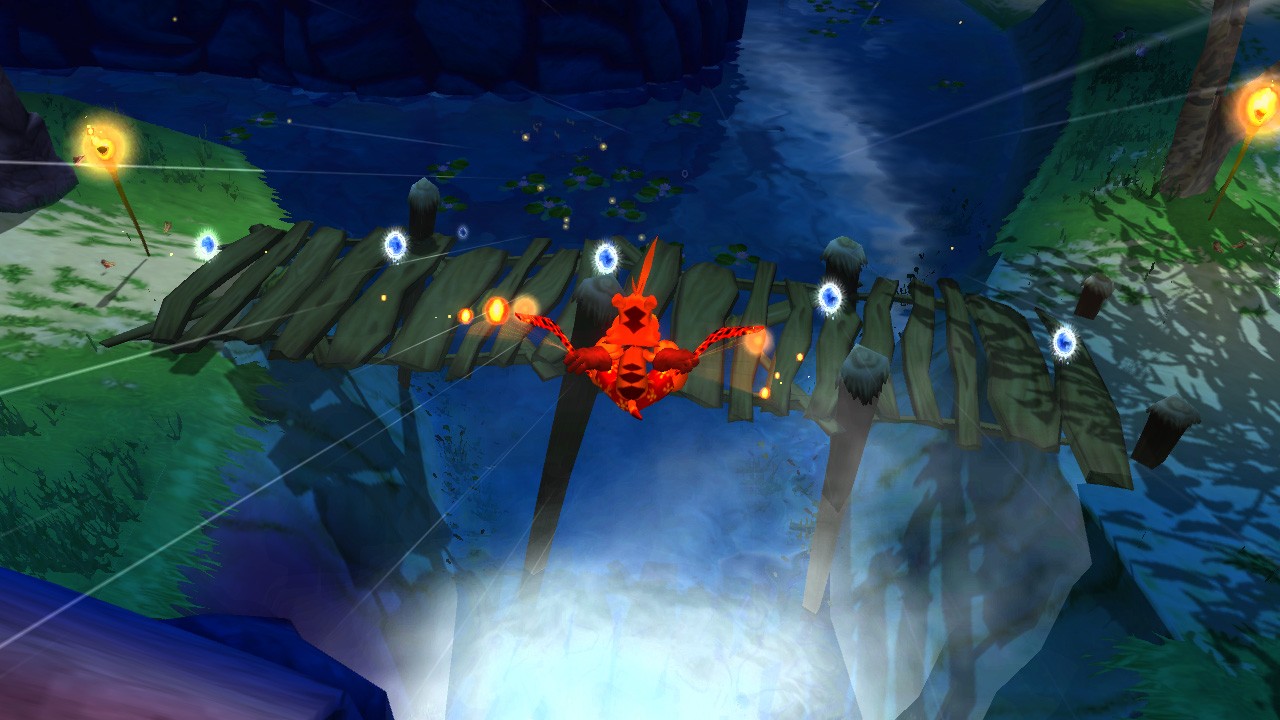 As you progress, Ty’s new boomerangs are also unlocked, each with a unique ability. Unlike their standard weapon, Ty’s new equipment may include, for example, a boomerang that uses a zoom feature and has a much larger range than usual, while another one emits flames and can be used contextually in ice scenarios to melt frozen blocks and unlock new passages.

The voice overs of all the characters are excellent and I must say that I was amazed at the level of professionalism in terms of acting and reproducing an Australian accent that helps in the ambience, since it’s set in Australia. The songs also feel great in driving the pace of the adventure platformer, reminding me of the games of the golden era of this genre.

Finally, despite having a very strong essence of a genre of games that hardly show up these days, Ty the Tasmanian Tiger HD manages to stand out and stay on top of several games that were at its side at that time. In a age that such game industry lives a lot of remastered products and brought without much change to modern devices – stay away from Asterix & Obelix XXL2 -, Ty is favoured by a well made game design, challenges in the right measure, well development and enough content to justify its gameplay based on the same cycle. Despite a few dated elements, I can easily recommend it for fans that miss a lot of the platform games. And now I want a remake.

Ty the Tasmanian Tiger HD manages to stand out and stay on top of several games that were at its side at PS2 era.