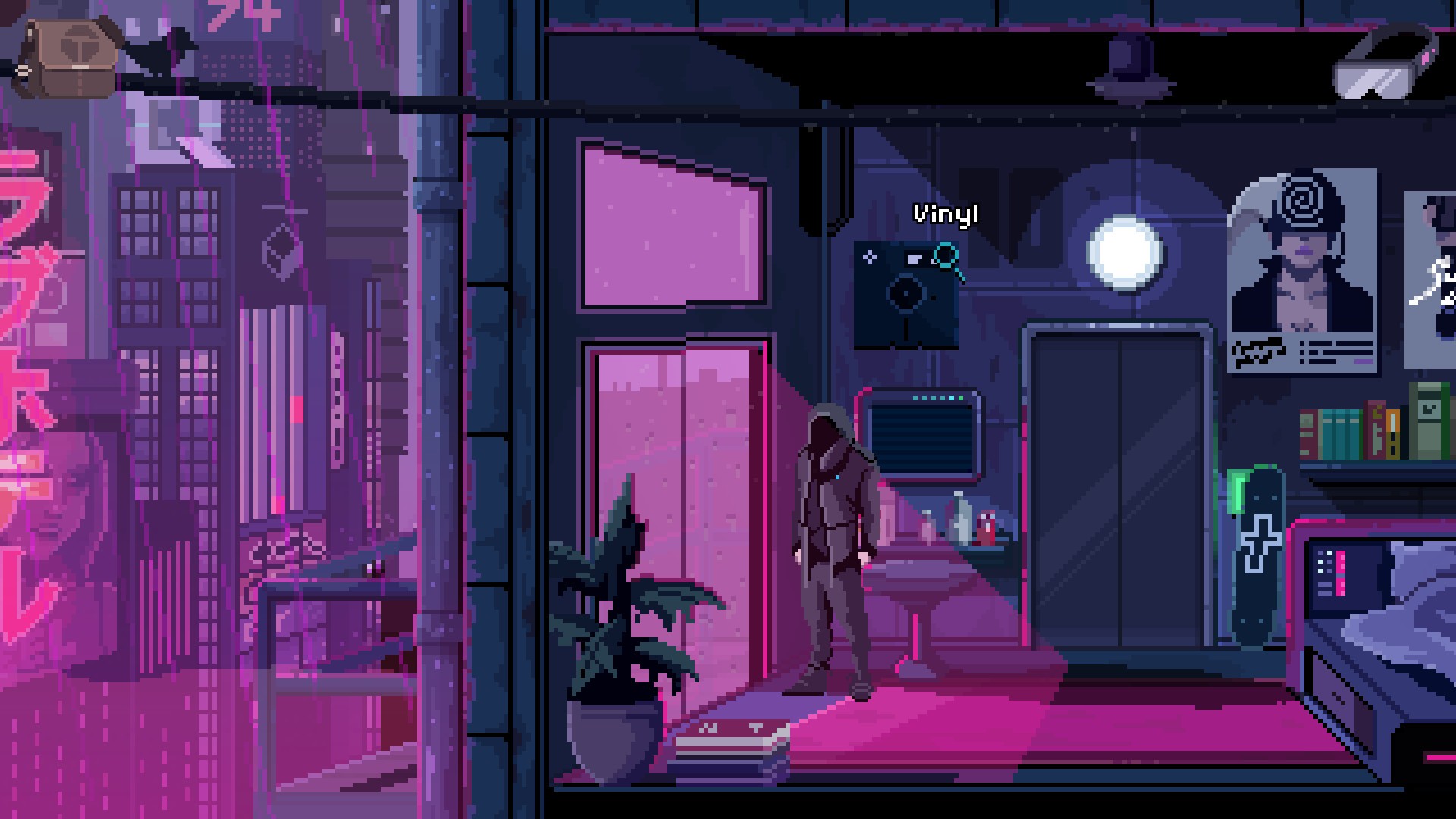 VirtuaVerse is a classic 8-bit, point and click lover’s dream that throws back to games like Monkey Island and Beneath a Steel Sky. Continuing with the synth-neo wave of now, this sci-fi story oozes the pinks, purples and blues we’re currently addicted to. The setting is planet Earth, forgotten by man, and taken over by an overarching AI company. Mostly desolate, people have long forgotten where they live as they’re lost in a virtual version of reality with VR headsets and AI chips. You play the part of Nathan, a tech-nerd, who loves salvaging vintage tech such as CRTs and Nokia Phones. Nathan doesn’t agree with everyone’s fascination of augmented life and sticks with his outdated VR headset rather than the upgrade to the chip most people seem to have logged into.

You begin in your apartment, waking to find your girlfriend, Jay has left in a hurry. What starts as simply a hunt to find someone, eventually opens up into a plight to save the human race from forgetting where they come from. Falling from the bed, Nathan breaks his old headset, creating the conundrum of how to find the aged parts to fix it and help his girlfriend. You’re introduced to hacker groups, manufactured cyber bands, and crypto shaman. Navigating through city streets, hipster wastelands, and even a jungle. There’s no voice acting in this game, but why should there be in this classic style?! Instead the writing is detailed and there’s plenty of diversity in both characters and scenery. 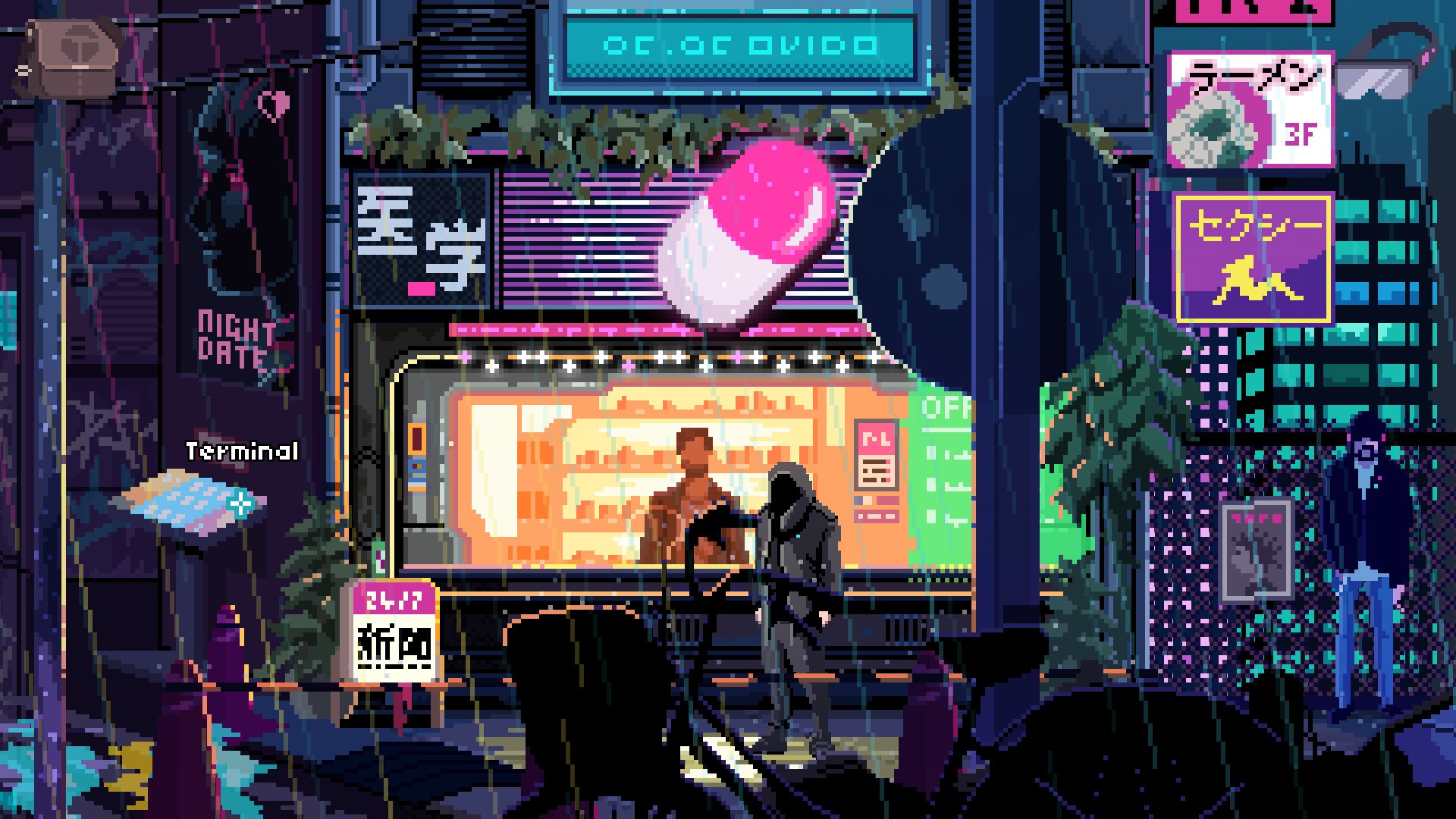 The areas you’re introduced to in VirtuaVerse can be viewed in two ways; through Nathan’s real eyes, and through the wonders of VR. It becomes very important throughout the story to see each area in both ways otherwise you might miss something important. In VR, what was a sprawling city, becomes awash with top to toe adverts, following you as you walk. Restaurant fronts and robots have skins augmented on to make their appearance more appealing. These aesthetics and scenes are very reminiscent of such films as Bladerunner and Fifth Element.

The puzzles can be tricky, and seemingly ease you in before becoming more difficult and eventually a little impossible. I think it’s safe to say that most of us refer to a walkthrough at some point whilst playing these games, and there were points where I questioned how anyone could come to the requested resolution. If you’re new to this type of game and don’t appreciate a walkthrough to help you out here and there, then you might be best off starting with something else such as the aforementioned Monkey Island series. Virtuaverse’s version of hints was Nathan’s journal which only really pointed you in the direction of where you’re going rather than giving any real pointers on how to solve the puzzle. 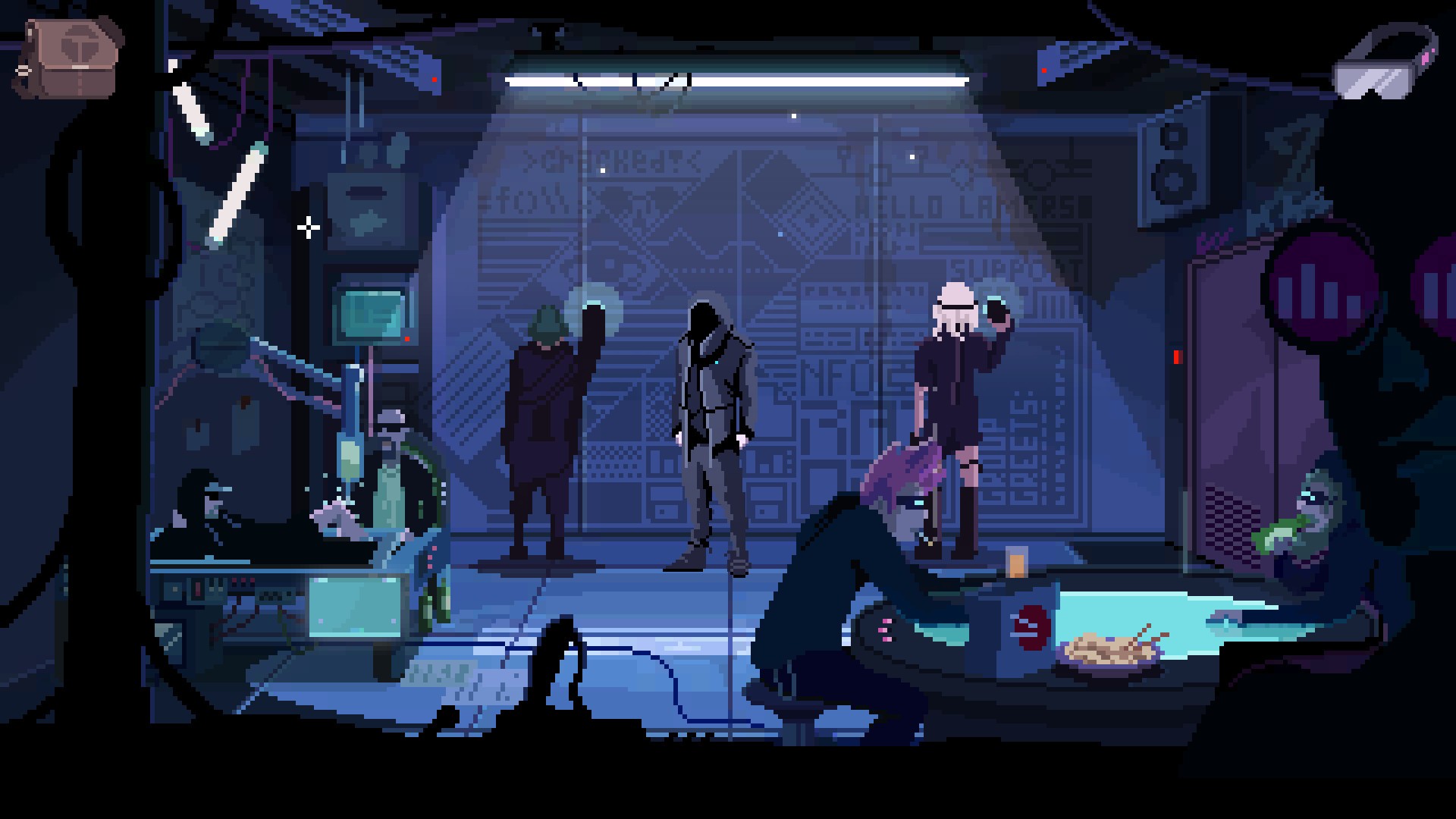 Collecting every object on offer to me in each environment, and trying to put two and two together is the staple of any point and click, but what makes this a breath of fresh air is everything outside of that. The visuals are beautiful, the synthwave soundtrack from Master Boot Record is excellent, and the scripting of all characters is spot on for the stereotype of who they’re trying to portray. Getting through the story was a sci-fi wonder, with political undertones of the timeline our own world is heading for, this game smacks of the Bladerunner and Space Odyssey style fiction we all know and love.

With the brilliant soundtrack and neon vibes, it could help gain a new audience to the cult game genre; but you must have patience. If you’re a fan of point and clicks, and know how to navigate them, then this is a perfect addition to your collection.

VirtuaVerse is a classic 8-bit, point and click lover’s dream that throws back to games like Monkey Island and Beneath a Steel Sky. Continuing with the synth-neo wave of now, this sci-fi story oozes the pinks, purples and blues we’re currently addicted to.