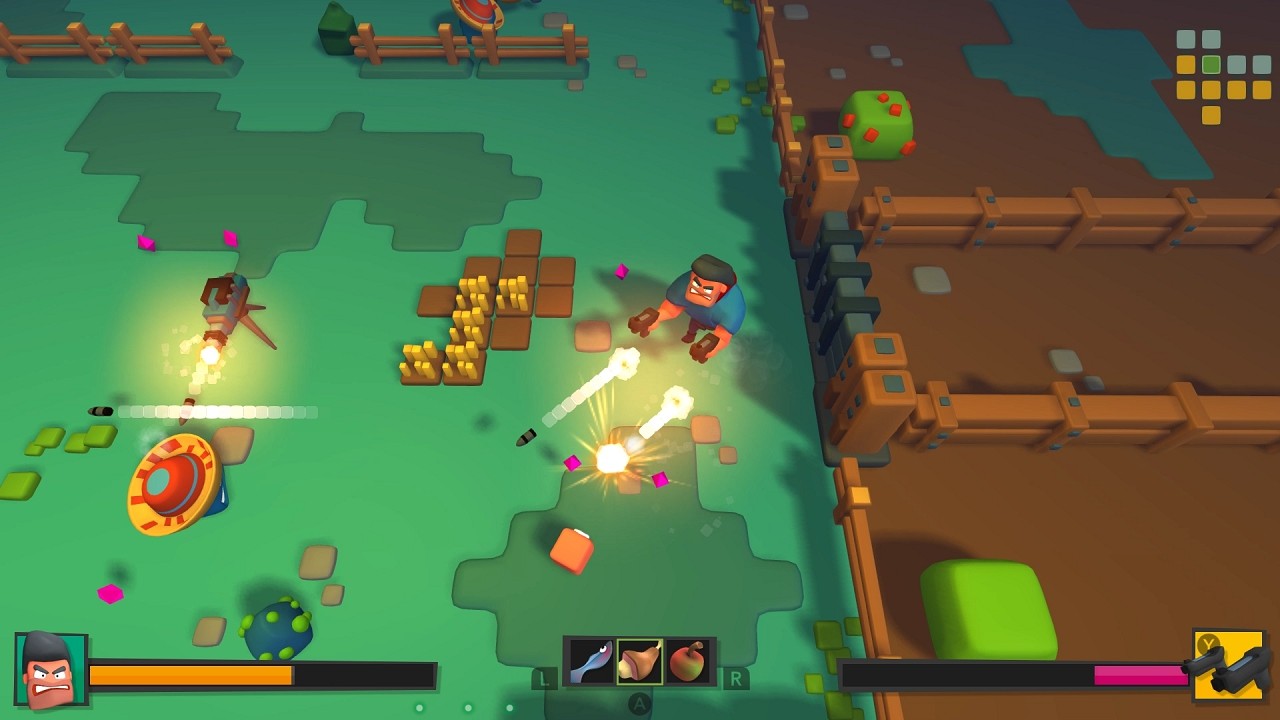 As far as twin-stick shooters go, there are a lot of great options on the Nintendo Switch eShop, both from big and small developers and publishers. Such games are perfect for a quick commute on the bus, train, plane, etc. and they require only a handful of your time and a lot of skill. Of course, every now and then you’ll find a game that stands out from the rest of the pack and offers some serious value for both your time and money – is Monster Blast one such game? Well, let’s take a look.

From the get-go, Monster Blast puts you straight into the action. There’s no time to be wasted here on stories or world-building or character development. You’re put into the shoes of a really angry-looking dude who has come to own some weapons, and nothing but monsters to use them on. The game is fairly simple – there’s a rather colourful and lively in-game map which you’ll have to push through (and at times it’s this simplicity that in my opinion affected my perception on the game overall.). Every world consists of different areas strewn together in a grid-like pattern a la Link to the Past, and it’s in these areas where you’ll have to take down the dozens (and eventually hundreds of monsters) who dare stand in your way. Clear one area in the grid, and another opens until you get to the very end. Each area sets upon you a certain number of monsters to eliminate before you can progress, of course. 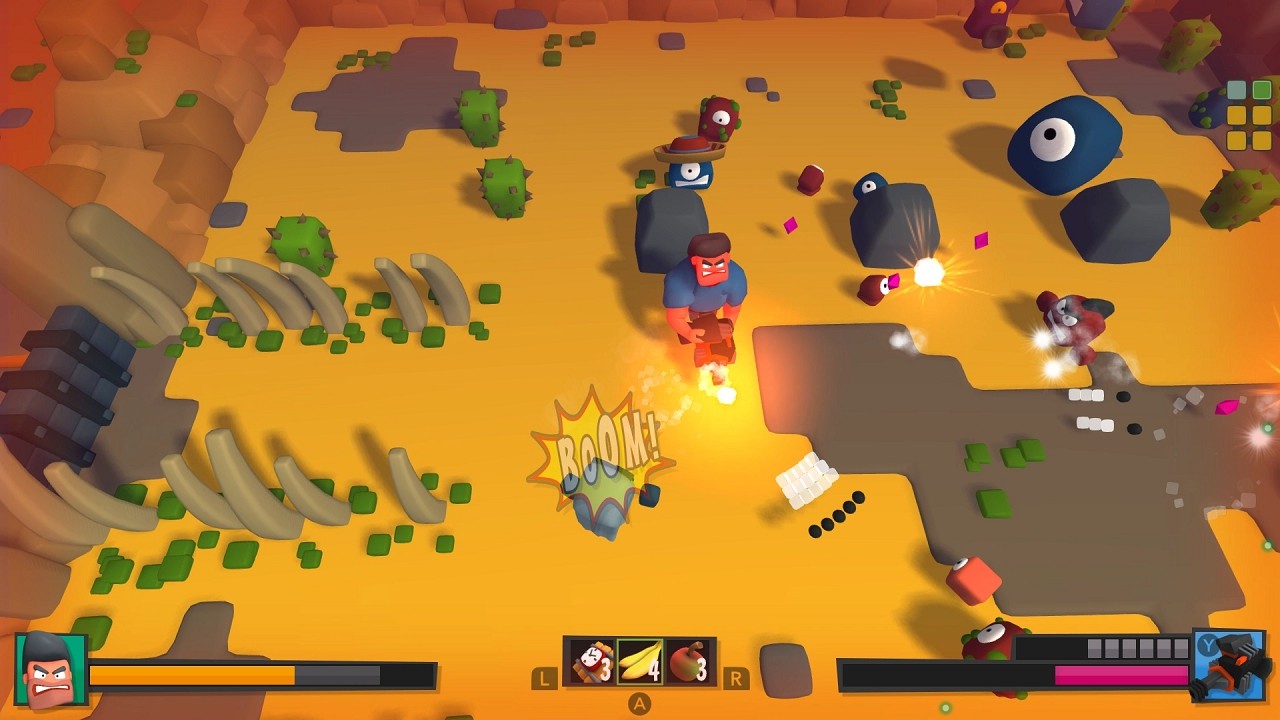 There are three difficulty settings, and each can be fairly challenging depending on how fast your reflexes are. And you’ll have to make use of those reflexes real hard, because targeting can get cumbersome at times, given the twin-stick nature of in-game movement. For example, there’s a certain clumsiness to the gameplay when moving around and struggling to aim at enemies – it’s not all that seamless and takes some time to get used to. On the other hand, Monster Blast manages to make things more interesting, and you do get power-ups which give you ammo and weapon upgrades (albeit in a limited fashion during the level) and replenish your HP, and these can be found scattered through different areas in the game.

As much as I love the vibrant look of the game and the palette of colours within it, it could have used a bit more flair in terms of presentation. The main menu is super bare-bones giving you just the essentials, and even the game over animation consists of just your character lying dead on a rock, but strangely with the same facial expression still. A bit of nitpicking, I suppose, but it would have been nice to see more in terms of presentation. That said, however, I do like the overall look of the in-game world, as well as the quirky designs of the monsters who look rather friendly, as they all rush towards your body for blood. As for sound, Monster Blast has a rather limited soundtrack. Granted, this is an indie title and while the game can sound too repetitive at times I rather enjoyed the music and sound effects as I blasted my way through hordes of fruit-coloured denizens. 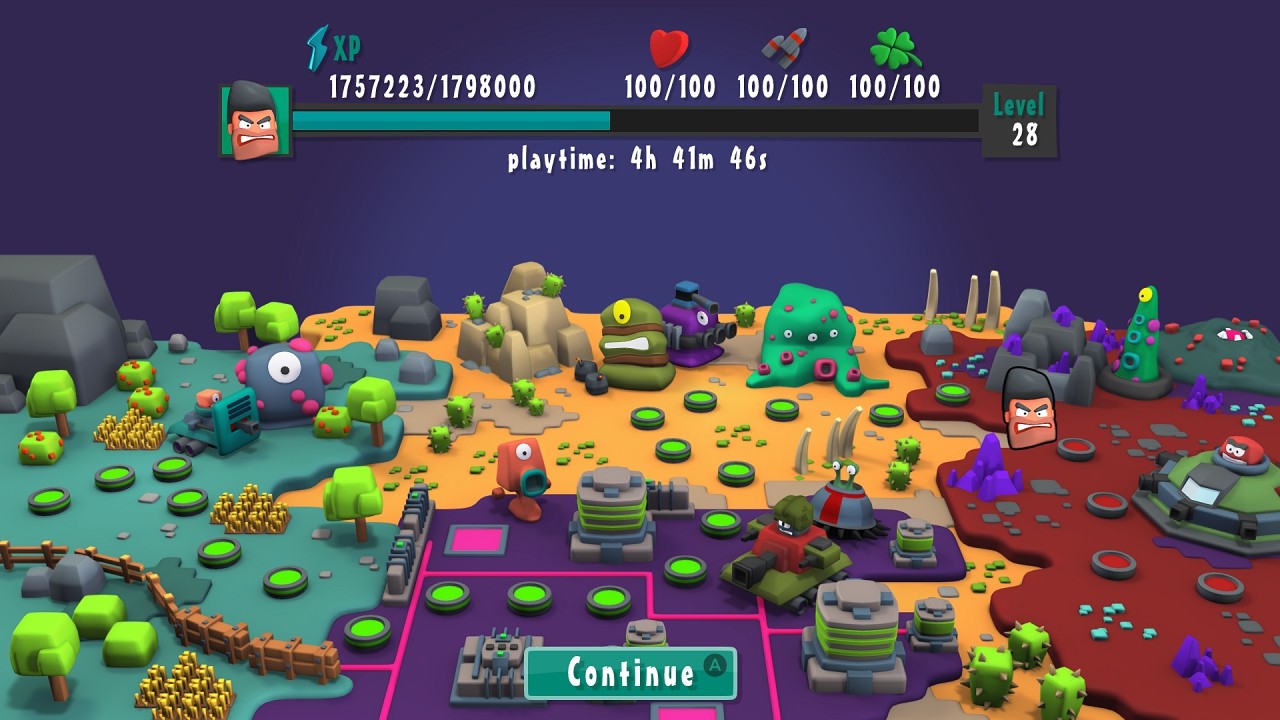 So should you get Monster Blast? Well, if you’re after a simple, straight-to-the-point twin stick shooter to keep you busy on quick commutes, then you might want to get this one – after all it is the main point of the game itself. However, gamers looking for more intricate and “deeper” experiences akin to titles like “Halo Spartan Assault” and whatnot should look elsewhere for their shooting fix.

Monster Blast lets you do exactly what it says on the cover – is it worth getting though?