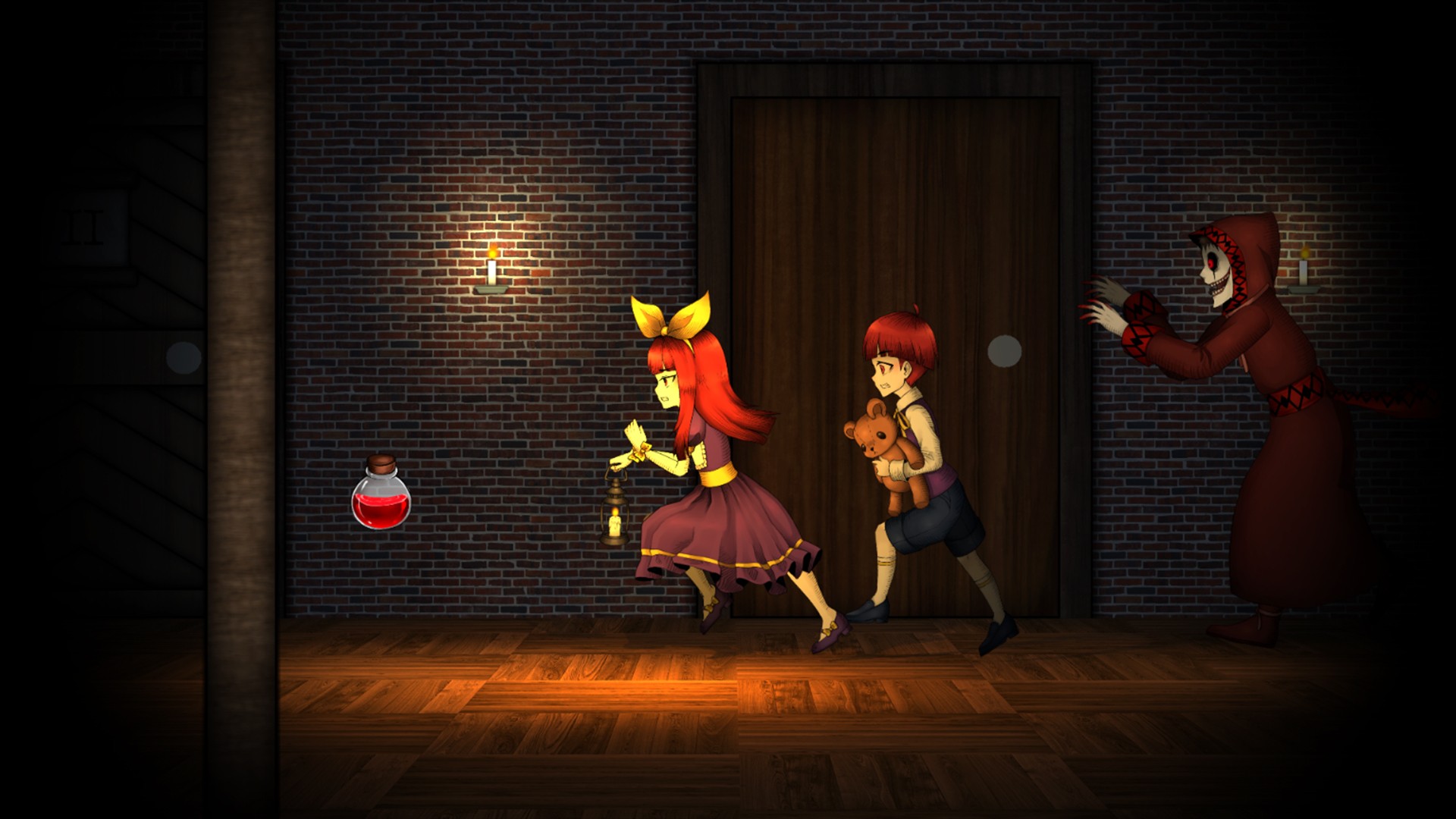 Halloween has come and gone for another year, and now that we have had our fill of the horror genre, is there room for another? For me, there is always space in my heart for another scare fest, and so I’ve embarked on a creepy journey with a redheaded heroine around a dusty old mansion. Clea is a 2D horror adventure that uses a clever mixture of classic old school horror elements, mixed with clever new interpretations. A title that relies on the suspense that it builds through its audio and visual presentation, and doesn’t ham up the action with cliched jump scares.

Developed and published by InvertMouse, you are asked to control the odd looking, and acting child known as Clea. She is desperate to lead a normal life, but yet she finds that she must protect those around her, and herself from the monsters that her parents have been experimenting with. The game starts at the dinner table; Clea, Ed, and the maid are celebrating her birthday with a cake. This dull affair is cut short when strange noises are heard, and the maid investigates what the matter is. From this moment you are left by yourself, you must work your way through the Whitlock Mansion, evading the attention of the Chaos Servants, all the while attempting to solve puzzles and collecting clues.

The Mansion forms the backbone of this puzzle adventure. You must explore 6 different sections. These areas make up the 6 chapters that you must complete in order to finish the game. The world that you explore flows freely, and at any point you may move between the chapters if you so wish. Each stage comprises a combination of locked doors, closets, items to collect, and puzzles. You may walk, run, or creep your way around each floor, but beware, if you make too much noise, the Chaos Servants will hear you, and they will chase you. Their only goal is to make you theirs, and if they catch you, then it is game over, and you must begin at the last save point. 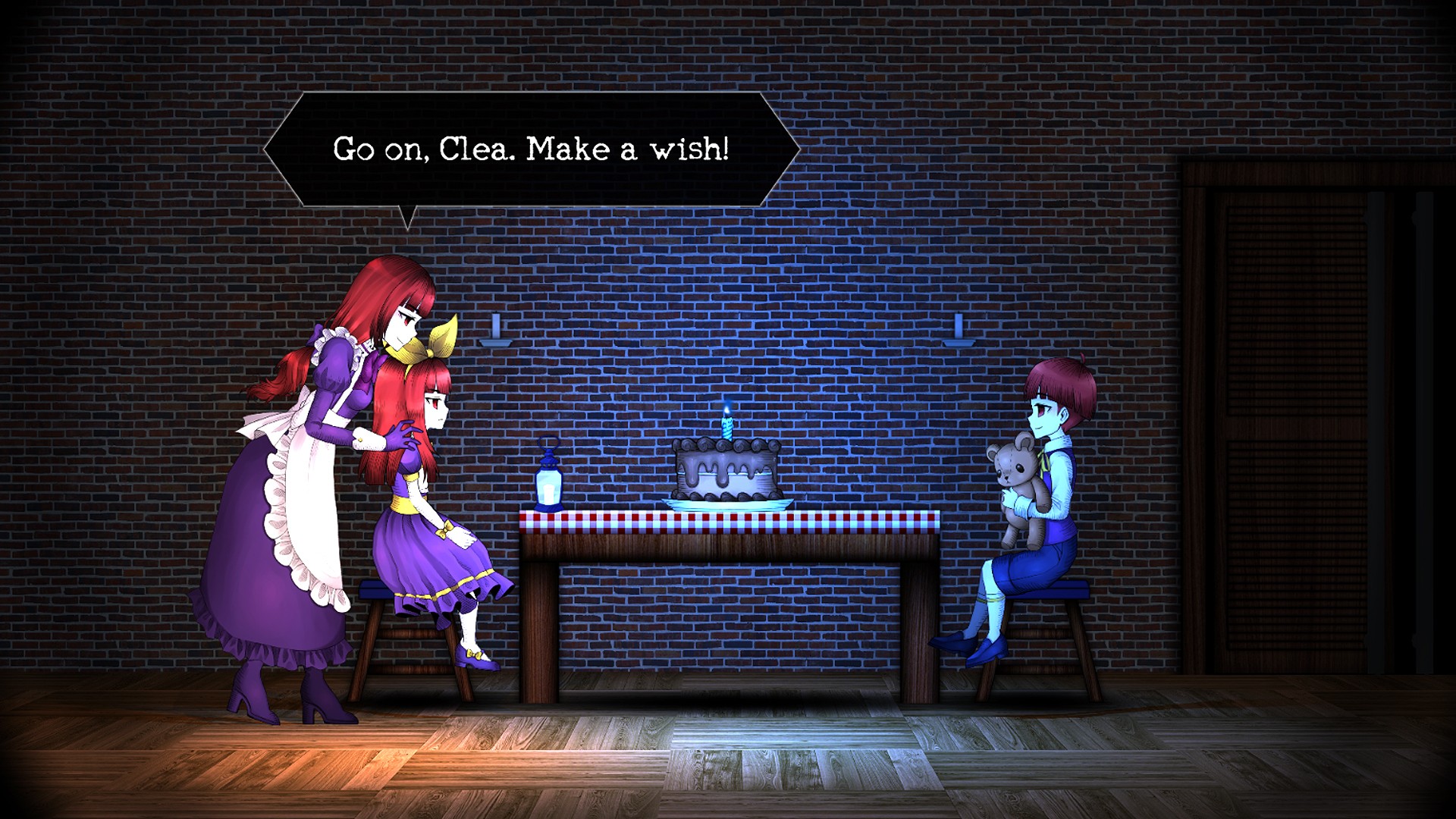 What makes this title great is the simplicity of the gameplay mechanics, and that the developers refused the urge to use tried and tested shock methods. From the moment you begin your journey you feel creeped out, a combination of sounds, and perspective make you wonder what lies ahead. You are given the ability to peak through the doors, this seems a great idea, until you see one of the Chaos Servants waiting for you on the other side. Creeping around, I could hear my heart pumping with anticipation. It really was a harrowing experience. How InvertMouse created such a tense atmosphere with such a simple approach amazed me. As each chapter flowed into another, the unrelenting approach of the cursed enemies wore me down. I wanted them to give me a few moments’ respite, but it never came. As you progress deeper into the action, you are forced to think several steps ahead. If you do not act quick enough, you will regret it, as you hear the familiar shuffle, and a shadow stretches out on the wall in front of you. Running is your only option, but have you acted quick enough to escape? Only time will tell.

Whilst you explore the many rooms you encounter, you are not just looking for clues to help you escape, but you are also given the chance to find notes from members of the Whitlock Family, and their staff. This backstory is worthwhile as it helps you to understand why you are stuck in this predicament.

Set out in a 2D perspective, you are given a limited view of the world around you. You can peer just ahead, and behind you, but most of the time you are left running blind into whatever lies ahead. This constant fear of the unknown keeps you on edge, and uncomfortable throughout. Using grainy imagery and sepia tones gives it an ominous feeling. The character models were great, the art style was well defined, and they stood out well from the duller backdrops of each part of the mansion. The animation as you moved helped to lighten the move, as each looked like a poor man’s Pinocchio. It didn’t impact the game, but it made me laugh more than it probably should have. The graphical presentation was straightforward, and its minimal approach built suspense and tension throughout.

The best part of Clea, and what makes it stand out from its peers, has to be the audio. Its eerie sounds support the graphical presentation, but also play a pivotal role in many of the game mechanics. Sound is used in every chapter to force the Chaos Servants to move to certain areas. You can manipulate situations by creating as much noise as possible and then hiding in closets to evade their attentions. The tension is built when you hear the shuffling noise of their feet, this is followed by a thumping heartbeat. The pumping sound gets stronger and faster as they move closer to you. It’s utterly terrifying, and will make you want to sit in a corner and cry. It’s rare that a game uses, such a basic idea, but it works so well. 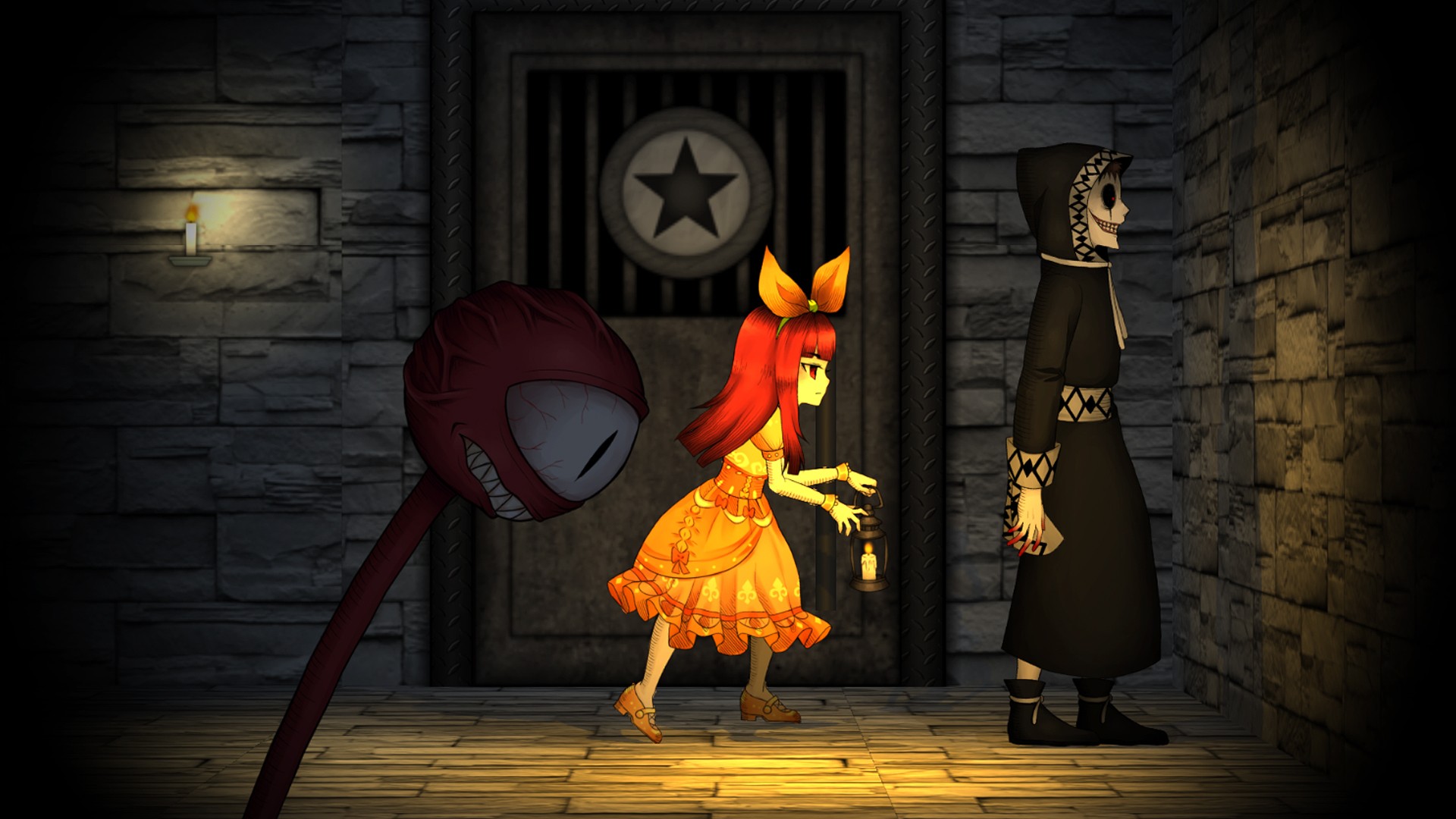 I enjoyed the ease at which I understood the control system, within a matter of moments I could play with no concerns. Throughout most of the game you can take your time, but when you are being chased, you will want to use your inventory without thinking about it. The simple button mapping has made that possible, and it was a pleasure to play with no control issues at all.

When I experience a puzzle game, I normally expect there to be little to no replay value. Fortunately, that isn’t the case here. Each of the chapters contains 3 different goals and 3 difficulties. You are tasked with finishing in a certain time, or not making a sound. It makes an already challenging game much harder, and veteran/hardcore gamers will enjoy the additional gameplay and challenge that this brings. A small but tough achievement list will keep trophy/achievement hunters happy.

When I first saw this advertised, I was guilty of thinking it would be another puzzle horror title that left little to the imagination. What the developers have delivered is fantastic. They have mixed some classic scare tactics, with glorious audio, and graphical presentation. Your own imagination is your worst enemy whilst playing this, and you find that you are constantly second guessing what is happening. When you are caught, you will squeak with fear, and curse like a sailor, you won’t be able to help yourself. Do I recommend that you play this? Of course, it’s creepy as hell, straightforward to play, but hard to finish. It will keep you playing for hours, and with the additional timed and item specific challenges, you will be left ruing your luck when things don’t go your way. Can you help Clea keep away from the monsters? Will you piece together the history of this horrific mansion? Creep, run, and hide your way to the exit of your new found prison.