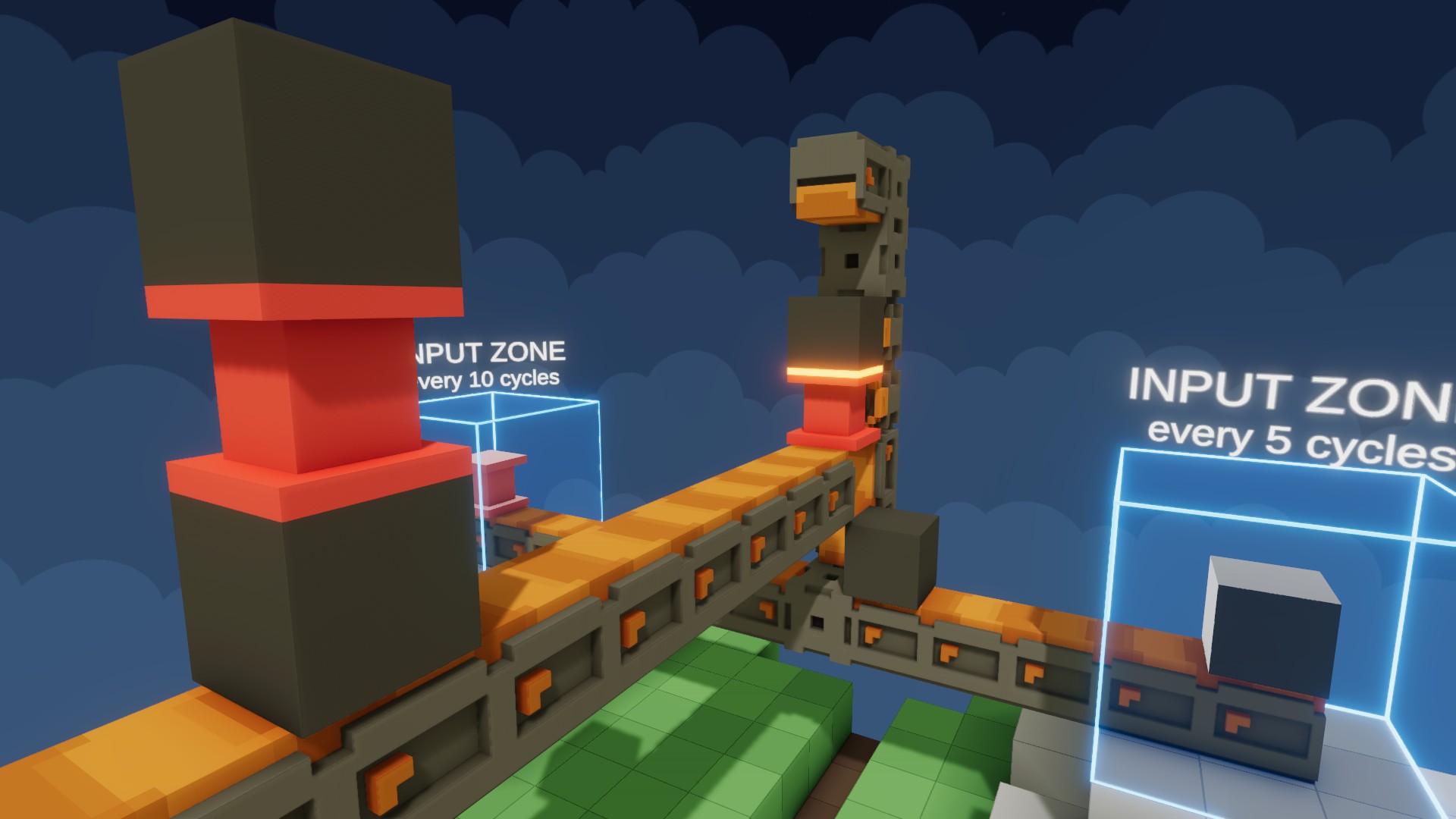 Stuffed up, tired, and full of the flu, I booted up my steam store with great reluctance. To my surprise, when redeeming my random review code, I was met with a sigh of relief. “Finally, something actually worth writing about”, I muttered to myself visiting the store page for the newly downloaded, Block Motion.

Mentioned previously in my last review for Town Fall Zombie, I briefly went into the fact that I’m currently playing a game with my editors, ‘review roulette’, where instead of choosing what I write about, I’m provided with a random review code from Bonus Stage’s intensive review code list with almost no context.

Nevertheless, in spite of the poor experiences I encountered with the last title, Block Motion, developed and published by Daniel Willett was a welcome breath of fresh air. The game has its negatives, sure. But it’s not completely unplayable. With a similar art style to games like Minecraft, Block Motion rocks the same blocky, pixelated styles that have embedded themselves into gaming culture over the last decade.

Advertised on steam with a planned release date of the 1st December, the only real tangible information on the store page to describe the game is to “use conveyors, pivots, welders and more to design a working factory that takes simple blocks and transforms them to solve the challenges” and after only a couple of minutes of gameplay, you realise how strangely accurate and to the point that description really is. 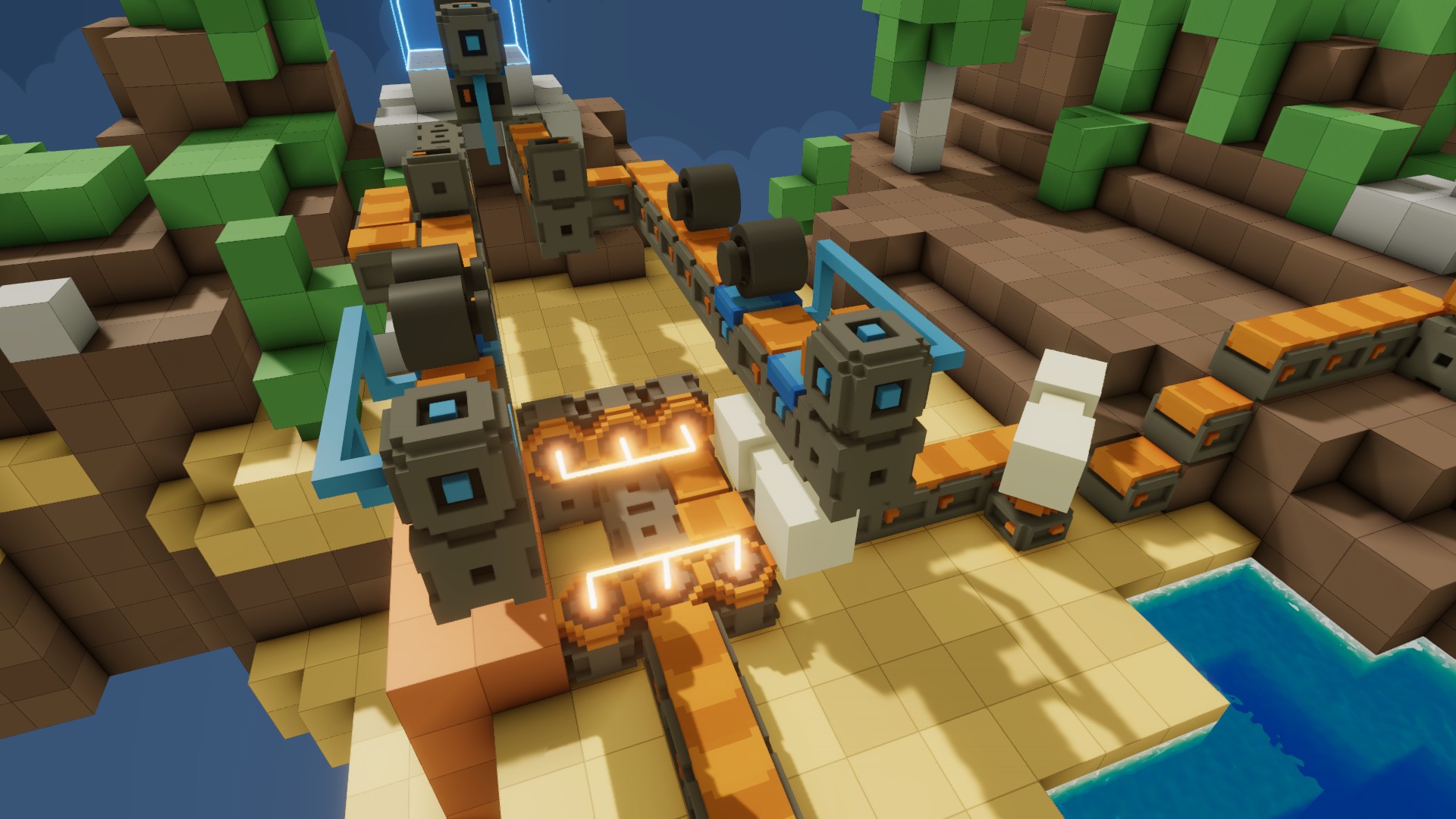 The Objective of Block Motion is to build a conveyor belt system to get a block from point A to point B. Despite the simple looks, Block Motion is a seemingly complex puzzle game with a fair amount of depth to it. I found the tutorial to be very basic, accompanied with a difficulty that got stressfully harder after only a couple of challenges. My first real criticism of Block Motion would be that I would really like to see a more detailed tutorial, instead of just throwing you into the game with the “figure it out” mentality. Though given the information provided on the store page, such as; “All I’m giving you is a challenge and some tools, the solution is up to you.”, I have my doubts that this will happen. Surprise me Daniel Willett, Please!

The controls are basic enough to pick up quite quickly, it took me roughly 5 minutes or so to start navigating and placing the factory conveyors, though, even still, I tend to accidentally rotate the blocks the wrong way and confuse myself when trying to build more complex structures. The games “hint” feature was a gift from god for me at this point as due to the games “figure it out” mentality, you tend to find yourself trying to learn how to use new types of structure block properly with no assistance. For a game that seemingly looks so basic, I can’t stress to you enough how difficult of a puzzle game this quickly becomes. It was the cause of the many frustrations for me. I’m not a prophet at puzzle games by any means, so take this next statement with a pinch of salt; but there were times where I would use the hint feature for it to show me a structured example that was so complex, I would have never legitimately figured it out on my own.

If you’re sitting there reading this thinking to yourself how awful I must be at video games, I challenge you to try it and see for yourself. If you can comfortably complete this game, you have my deepest respect. 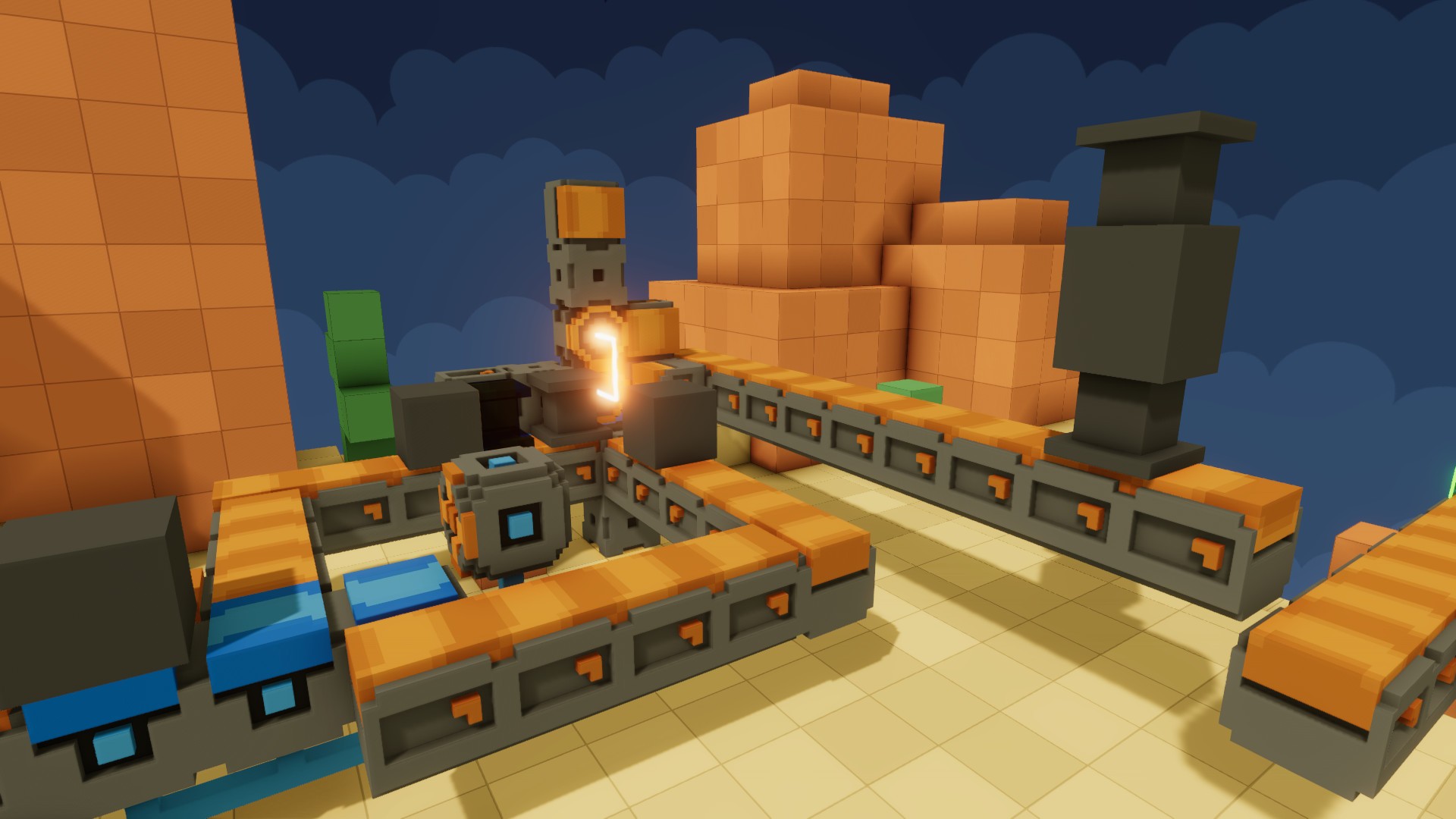 The sound design leaves much to be desired, and much can be improved on. Though I hate bad soundtracks with a passion, playing a game in total silence isn’t a positive either. Block Motion has you solving these puzzle challenges in absolute silence, which is a strange artistic choice to be sure.  Though ironically, the sound effects for the game could be a little quieter. The laser “welder” blocks, for example, have such a loud piercing hum sound to them, that it’s almost distracting.

All in all, Block Motion isn’t a great game, but it’s not a terrible one either. For the right price, I can see people actually picking this one up to give it a go, which for an indie game, is one of the greatest compliments I can give.

A puzzle game where you use conveyors, pivots, welders and more to design a working factory that takes simple blocks and transforms them to solve challenges. An interesting concept, with an execution that leaves room for improvement.