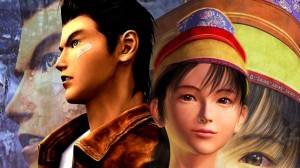 So, I finished Assassin’s Creed III and, uhhhh, it was a bit of a struggle wasn’t it. Not a bad game by any stretch, but despite the fantastic naval battles and an expectedly gorgeous game world, it all just felt a little flat. Issues with familiarity and its largely disappointing lead aside (more Haytham please), my disappointment rested primarily with the fact that, despite being so densely populated, the cities managed to once again feel so strangely devoid of actual life.

I think the problem lies with challenge overload – everything is aimed towards consistent busy work. It’s always the same; start a riot, deliver some goods etc etc. Everything is the same; there are simply no surprises. What the next Assassin’s Creed needs is a more organic game world; one less controlled by the handful of side quests so eager to eat up your time and attention. Ubisoft don’t need to throw everything in our faces. It doesn’t need to be signposted – let gamers find the additional challenges……have faith.

A large part of this problem comes from the fact that you can only speak to the people the game wants you too; other than the handful of characters ACIII wants you to address, the rest of the inhabitants are essentially mindless, characterless drones. I appreciate that an element of that is inevitable given the size of the game, but if you have to take a hit to the scale in order to create a denser, more believable game world, then so be it.

Despite being utterly gorgeous, the whole experience felt more like a 3D postcard than a genuinely tangible, real place. Sure, I could climb the buildings and run across their rooftops, but despite the shiny, HD exterior, I was always under the impression that behind these beautiful facades, lay little more than a blank, empty space. Like a beautiful but ultimately vacant ghost town on the wrong side of the Korean border, Assassin’s Creed world looks the part, but never quite feels like a living, breathing entity. The same goes for the people – yes, the core cast are mostly great, but again, get past the handful of primary characters and there is simply no life behind the eyes of the world’s other inhabitants. 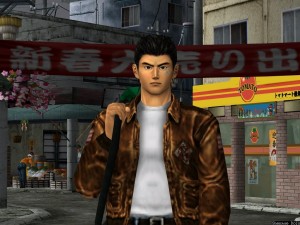 This is the reason that, come 4 months from now, chances are, I will have forgotten the majority of Assassin’s Creed III with its problems more likely to remain fresh in the memory than its positives. Shenmue though? Well, 13 years on and I’ll still regale just about anybody willing to list listen on the games’ many, many virtues…………and if there is nobody to listen, I’ll often find the nearest rooftop. Why? Above all else, it would be the believability of its game world and its host of memorable charaters. They weren’t all their to push the story forward, some of them, some o fthe best in fact, were simply there because, well, that’s where they lived. They went about their business and would chat if spoken too, but these characters didn’t want you to deliver anything, they had no interest in starting a riot; they just were.

Yes, neither Shenmue or its superior sequel can touch Assassin’s Creed for scale, but everything in them, from the incidental details at a local grocery stand to the wrinkles on an old ladies face are filled with the kind of unique character and attention that Assassin’s Creed is so often lacking. Shenmue doesn’t feel like a game world, it feels like a world, a world that arguably, despite being created over a decade ago, has yet to be bested. For better or for worse (depending on your point of view), Shenmue, in my humble opinion, is still the most immersive game world ever created.

It may have invisible walls and is certainly not expansive by modern day standards, but whereas Assassin’s Creed III is rife with locations that I forget the moment I run past them, I find myself able to recall just about every nook and cranny of Shenmue’s smaller but infinitely more interesting world.

With the next-gen just around the corner, I hope that developers heed this warning; bigger is not necessarily better. It’s not how much you can fit into a game, it’s the quality of what is there.