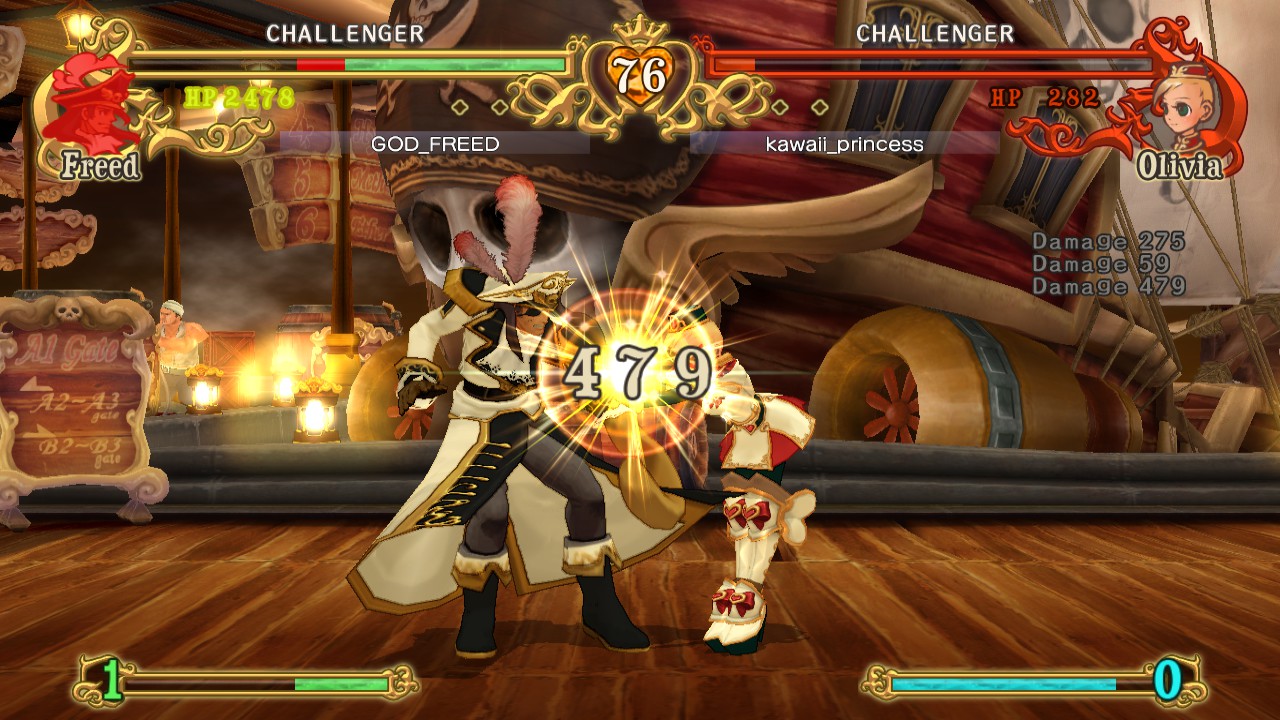 I had not heard of Battle Fantasia before this title was released, that could be because the original was released quite a few years ago. But I guess that makes me the game’s target audience, this re-release allows those who weren’t familiar with the game to have it introduced to them with all the creases that arose in the original ironed out. However, this is a rerelease so I thought to do a decent comparison I’d boot up the Xbox 360 and have a blast on the original. And I found a good amount of improvements between the two, but the even the Revised Edition had some problems.

Battle Fantasia is a cartoon styled, fantasy themed 2D fighting game which is easy to pick up for any gamer. The game features a small selection of characters, meaning it’s relatively simple to learn the basics of anyone on the game’s roster. This is one of the reasons why it’s so easy to pick up, as it takes away the grind that some people don’t enjoy where you have to learn an array of specific and difficult combos. There are 12 characters to choose from, and they are all easy to get used to, unlike some games where the coolest looking character has rather confusing controls. 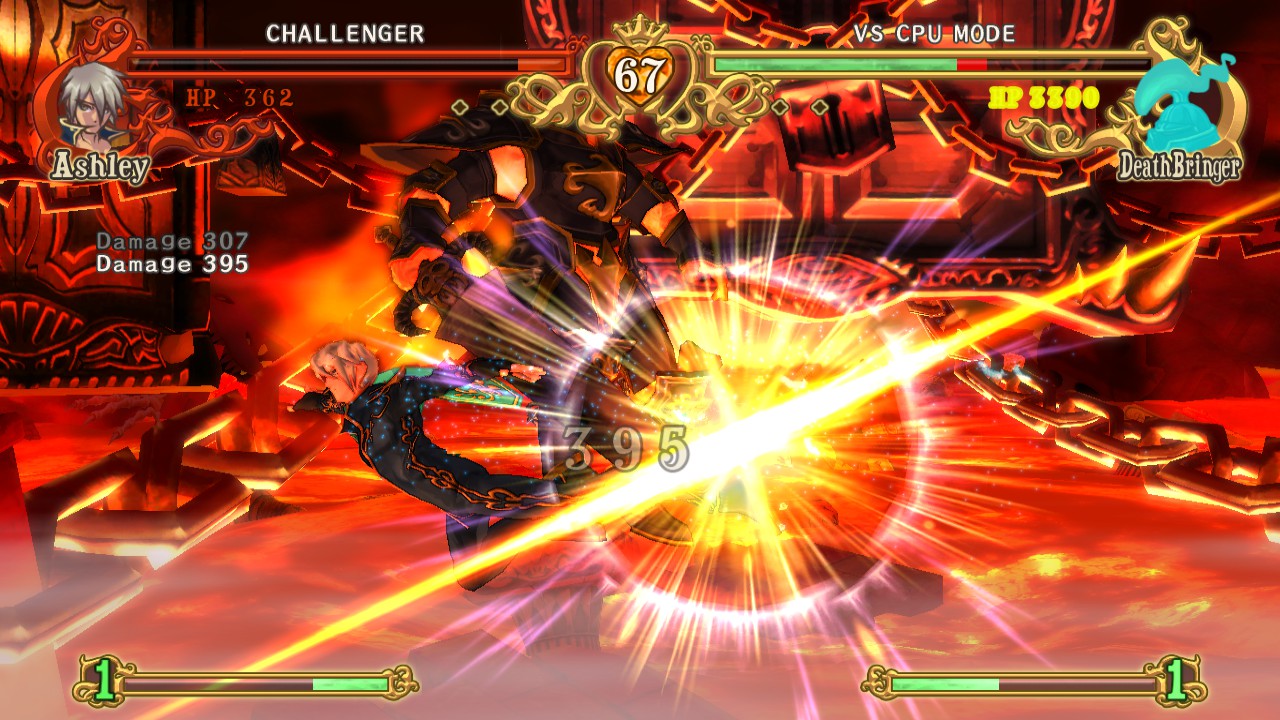 Visually the game looks great, with the acceptation of frame rate drops from time to time. From its original release the textures are a lot sharper, meaning signs in the background of stages are easier to make out. Most characters have cool and unique aesthetics, while other can be somewhat forgotten in my opinion. As you progress through the story, you begin to unlock alternate costumes for each of the characters. Unfortunately no new characters or stages were added into the mix, which is slightly disappointing as seeing as the game is a rerelease they could have added more reason to play it for people familiar with the series.

One feature I realized that may steer some people away was the fact that there are no English voice overs to switch from, this would be a downside for new comers who maybe aren’t very familiar with Japanese games. This didn’t bother me very much, but unless you speak Japanese you won’t be able to understand the taunts and winning/losing phrases. It seems that in this version the online works a lot better compared to the original, match making is a lot more balanced compared to its previous release. 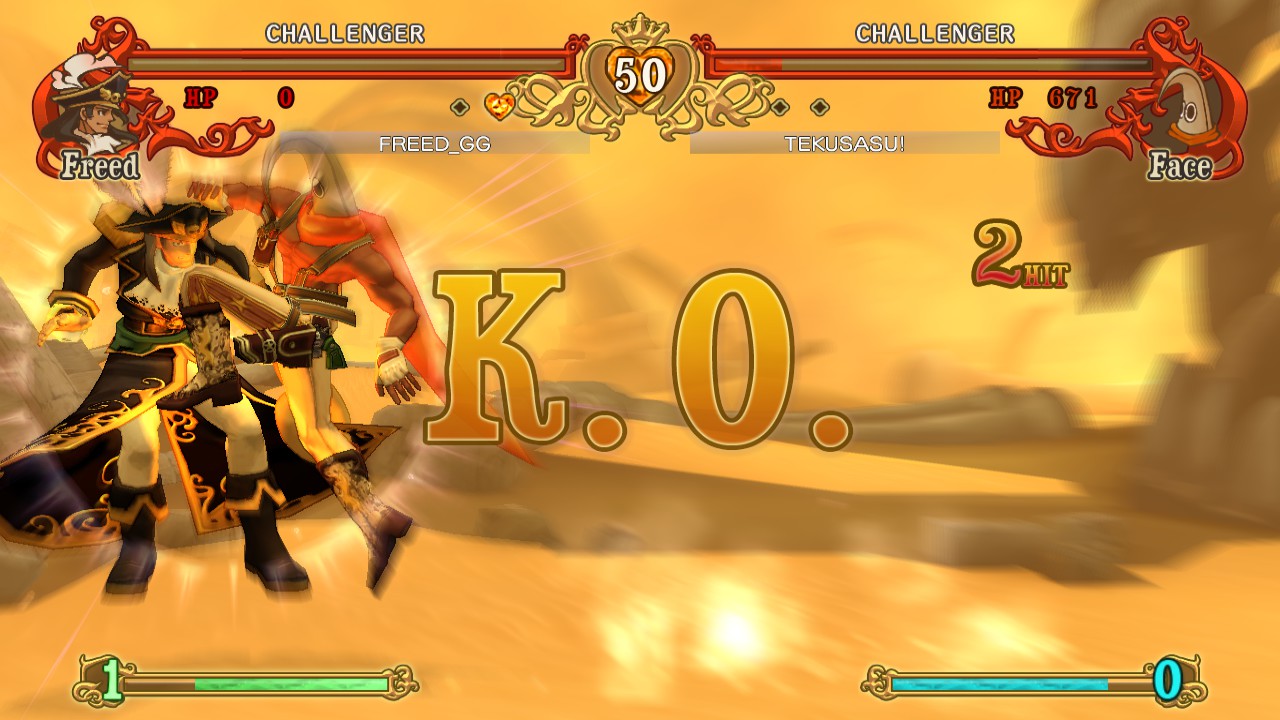 Battle Fantasia also has a story mode, this allows players like me who aren’t so confident to practice against AI while getting some background story at the same time. Another aspect I enjoyed of this game was that is comes with a free soundtrack. I find it irritating when a game has an awesome OST yet makes you pay for it or doesn’t make it available at all, so this made me very happy.

Overall I’m going to give Battle Fantasia: Revised Edition a 6 out of 10. The game is fun and the art is wonderful. I also enjoy how it can be picked up by Super Smash bros fans to Street Fighter fans, and how ‘new challengers’ (I’m sorry for the bad joke) can play and not feel intimidated. But there was nothing that really made me think that this game was more than above average. If I was judging this game based on the comparison to the original I would have given it a higher score, but this game just seemed to decent at best. My main problem is the frame rate drops in crucial moments, as in a fighting game this can be the difference between winning and losing.