Home
/
Blog
/
The Wii U Will Rise!
Share Review 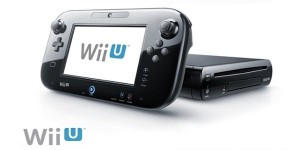 These are just some of the comments I have heard since the announcement that the Wii U has sold a rather measly 160,000 units in the past 3 months. While those are indeed disastrous figures, figures falling short of even its mostly forgotten predecessor, I still think that, as always, Nintendo is being written off far, far too early. Just as Manchester United are inexplicably written off by football pundits come November, it seems that the gaming press often suffer from equally short memories when it comes to Nintendo.

People seem to forget that Nintendo has millions in the bank, that they can ride this out, and more importantly, are in a position to do things at their own pace. Nintendo know what the issue is –it’s not the hardware (that’s actually pretty good), and it’s certainly not the price (again, pretty decent) – the issue is its complete lack of games. While it has been annoying for current Wii U owners (myself included), there was little point in Nintendo drip feeding second tier titles throughout the year. They are obviously aiming towards building up a very solid Christmas line-up, and, let’s be honest, it’s not looking too shabby. 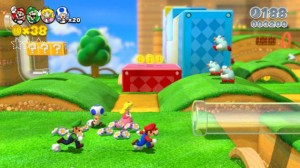 Nintendo could drop the Wii U to £100 and the sales wouldn’t improve much – more than any other manufacturer out there, Nintendo’s consoles live and die by the quality of their games…….which arguably isn’t an issue as there are no games to judge. That will change though.

Unlike the ailing Vita, which despite plenty of good will, continues to struggle at retail, Nintendo have that catalogue to call upon. Mario, Zelda, Smash Bros……and (if the gaming Gods hear my prayers), Metroid – these are the kind of franchises that can, and ultimately will save the Wii U. It’s never likely to be the mega hit that the Wii was, but who would have guessed that the 3DS would turn into the massive seller that it is today?

Like the 3DS, which (people seem to forget) also suffered from a horrible start, resulting in similar calls for Nintendo to leave the handheld market (yeah, that happened), the Wii U, with its lower price point and incoming selection of top tier games can still steal a march this Christmas.

So, before we all go calling for the Wii U’s blood, let’s just remember, Nintendo play by a different rulebook; they’ve just come off the back of one of the most successful home consoles of all time, and unlike Sony and Microsoft, Nintendo’s consoles tend to, you know, actually make money. 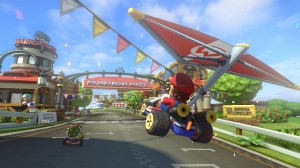 Will it be another Wii? Probably not, but the Wii U, with its lower price point and with Wind Waker, a very impressive looking Sonic and, despite some negative press, what is likely to be yet another excellent 3D Mario just around the corner, I wouldn’t be surprised if the Wii U did some decent numbers this Christmas. Unlike Xbox One and PS4, Nintendo don’t have to sell millions upon millions of units to make a profit, and with Mario Kart and Smash Bros. coming next year, I honestly believe that the Wii U can, and ultimately will turn the corner.