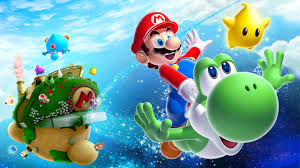 After reading the glowing reviews and then subsequently playing through the utterly fantastic but ultimately flawed, The Last of Us, it got me thinking about what the greatest game of all time is. Now, when I say ‘the greatest game of all time’, I don’t mean my personal favourite based largely upon unique tastes (even if my personal choice happens to be the same game), but on a the basis of very tangible, identifiable accomplishments that clearly set it apart from the crowd.

While a few came to mind (many of which happened to come from Nintendo), I never genuinely considered anything other than, Super Mario Galaxy 2; a game that, in terms of imagination, execution, technical accomplishment, audio/visual design and good ol’ fashioned fun factor, probably comes as close as any game before it to perfection. It’s the one game that (other than a potential bump up to HD), is almost beyond criticism. It’s gaming in its purest form, a (and here is that word again) perfect representation of what videogames can achieve when not attempting to ape other forms of entertainment. 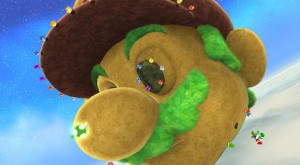 Mainline Mario releases have nearly always delivered the goods (yes, even Super Mario Sunshine was fantastic), and it’s testament to the franchise that if this game didn’t exist, I might well have been arguing the case for its immediate predecessor, but despite Super Mario 64 being the more influential videogame, when viewed purely on its own merits, Super Mario Galaxy 2 is arguably in a league of its own.

Taking what was already fantastic about the original (pretty much everything), and somehow improving on it at just about every turn, Super Mario Galaxy 2 proved to be one of, if not the most imaginative, beautifully crafted, idea-filled gaming experience of all time. With many of the games’ myriad of excellent ideas only used once and each of them (without exception) delivering the gaming equivalent of a homerun, it’s almost beyond comprehension that one game could have so many unique concepts, often running concurrently, all working as consistently well as they do here. 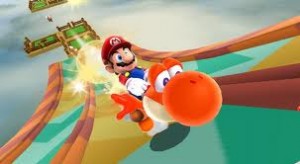 Simply controlling Mario in a 3D environment has always been a joy, but Nintendo EAD Tokyo took that simple concept and pushed it to its natural conclusion; with the galaxy as his playground and gravity something to be manipulated rather than restricted by, the team in Tokyo may well have painted themselves into the most perfectly conceived corner of all time. Just look at Super Mario 3D Land, the first ever 3D multiplayer Mario and the world can muster little more than a universal shrug of the shoulders. This should be something to get excited about (and I’m sure it will be fantastic), but once the galaxy is made your playground, coming back to terra firma, inevitably feels a little underwhelming.

I always said that if anyone knew how to top Super Mario Galaxy 2, it would be Nintendo, but perhaps, in achieving perfection, Nintendo and Mario have actually reached the ceiling?

God, I hope that’s not true.