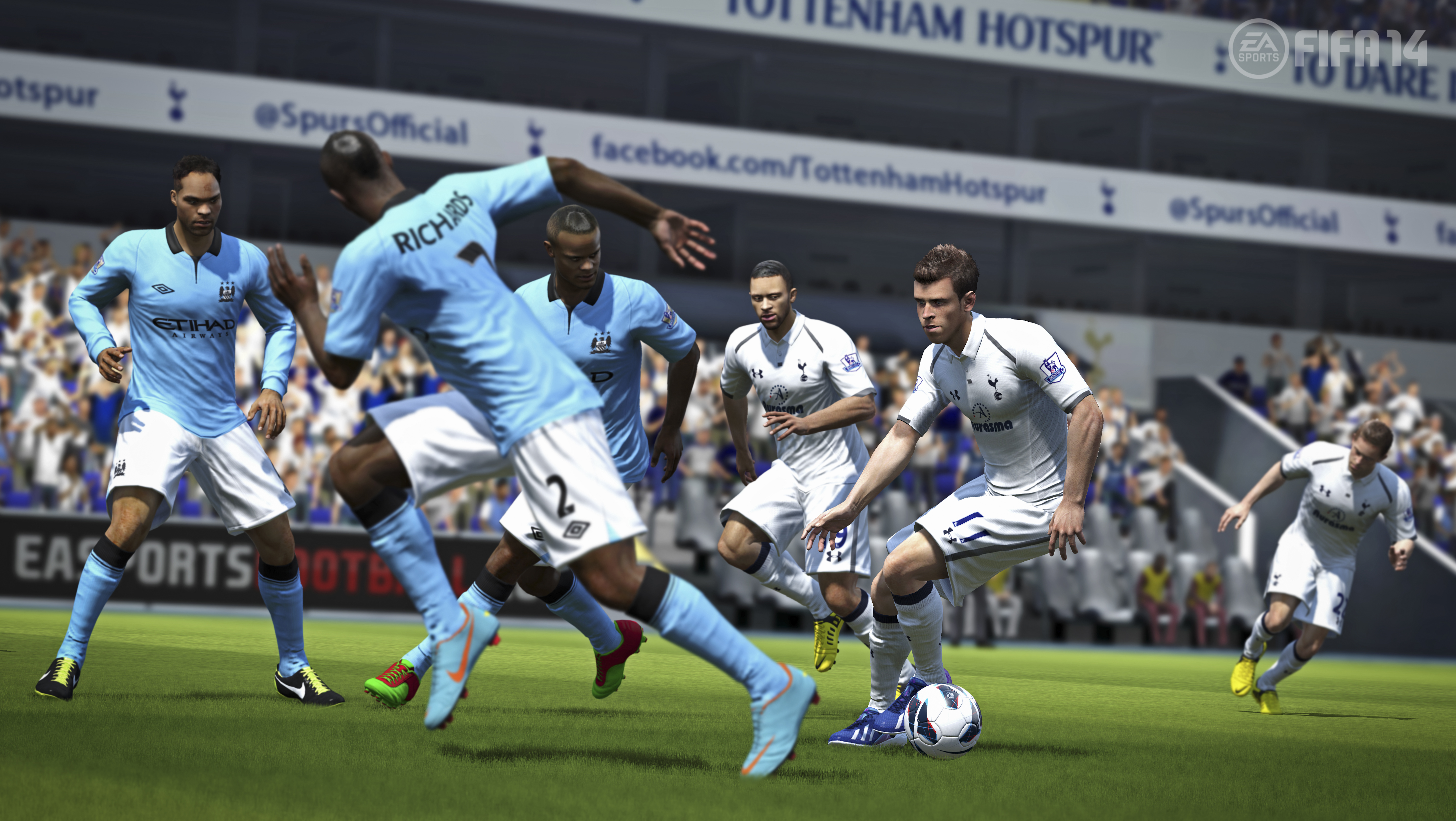 Every year another FIFA comes out, for a while it had competition from Pro Evolution Soccer but at the minute the series continues to dominate every football fans spare time.  FIFA 14 is the latest edition to the highly acclaimed series, bearing in mind the impending next generation consoles there may have been a chance the developers may have rested on their laurels saving the best for the newer consoles?

Such is the way the FIFA series has developed, if you loved last years then you would have already earmarked part of your monthly wage to purchase it. There’s very  little point in discussing any of the old modes and how they fare in FIFA 14 because they are still as good or better than FIFA 13.

Here are just a few of the new additions and how they add or detract from the FIFA 14 experience; You’ve now got Pure Shot Shooting which has been developed so that players naturally adjust their stride and approach angle to find the best position for shooting. Well struck shots do feel quite satisfying and goals just as they always were are very rewarding.  Players can now shoot while off balance or rushed which certainly adds a little more naturalism in FIFA 14. Obviously you still end up shouting at Rooney or Ronaldo when they miss what seems to be a sitter to win the game! 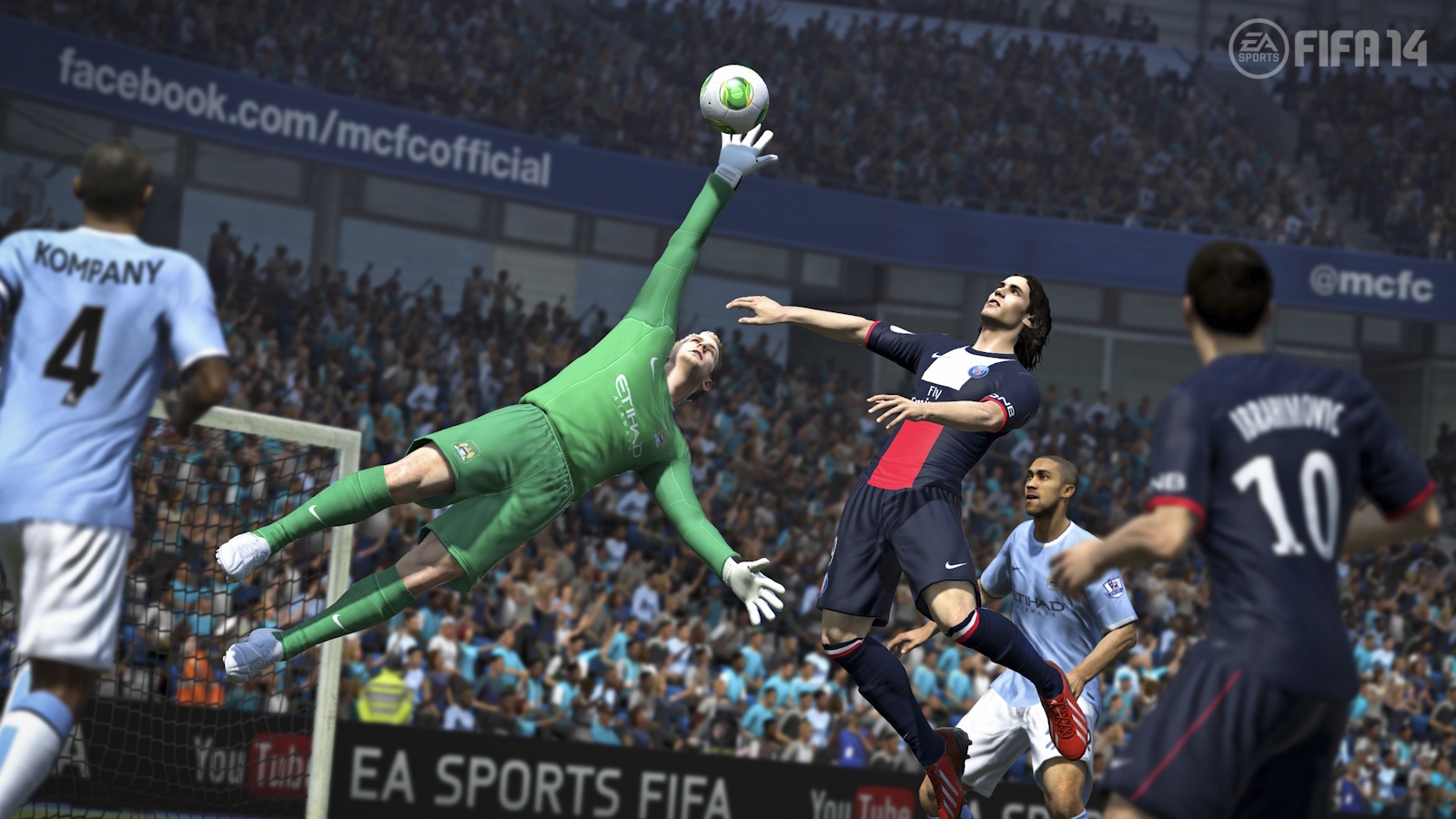 The ball physics have been adjusted as well, you’re able to have even more control over your shots or passes. The lofted through ball (a personal favourite) can now be curled into your strikers path, no more constant straight through balls, you can curl it round a full back if you’re good enough to try! There seems to be a greater emphasis on grounded through balls, there less likely to be cut out than in previous FIFA’s. You have the increased ability to fend-off and block defenders from the ball while dribbling at any speed, especially useful with the likes of Aguero/Suarez.  You’re able to out-muscle opponents for position before receiving the ball, then turn defenders to carve out opportunities, Ronaldo is the perfect example to try this out with.

You’re teammates demonstrate better better decision-making which delivers tighter, smarter marking and better run tracking. Defenders are able to take advantage of opportunities to provide support and win back possession. Attacking players will weave in and out of the backline giving you better options. What is more apparent in FIFA 14 is the way the players movements have been made more lifelike this does have an unfortunate consequence. In the real world players don’t run into each other as much as it does in FIFA 14, there can be instances where your player makes the tackle and his slide takes out one of your other players who were a couple of yards away and obviously could see what was happening but for some reason just allows themselves to be tackled by their own player. This is even more frustrating when the opposition player then manages to get up before both your players and scores. A noticeable improvement is the ability of your defenders to compete for ball after an initial tackle, they get up quicker so they’re able to stay involved.

To take advantage of the high level skills and rang of passing/shooting you will get the most enjoyment playing with the better players. When you start dropping down the leagues you’ll notice that pace is key because the technical ability of lower level players will have you taking terrible shots and poor first touches, you try playing Coventry vs MK Dons and you’ll see what I’m talking about. 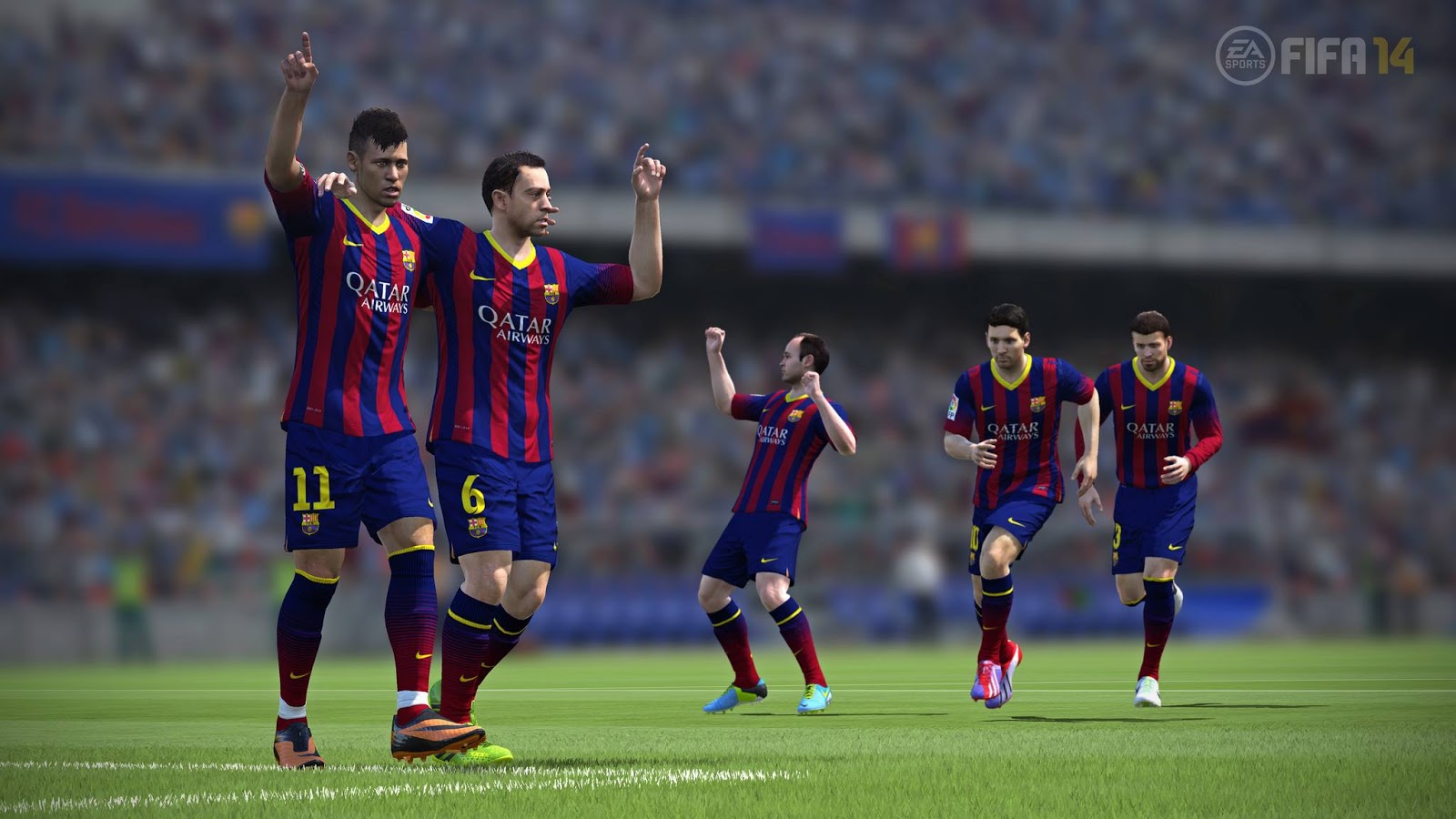 Graphically FIFA 14 is great, the players look realistic, the way they strike the ball looks realistic, the menus are clear and concise and even the crowd look good. The commentary still needs to be worked on, a long clearance that bounces into the keepers hands can be met with a ‘What a save by Buffon’ remark when obviously it was a simple catch. Although when the commentator acknowledges Guy Fawkes night if you played on 5th November, it’ll bring a wry smile. The music is as addictive as ever and really sets the mood for hours of online footballing. The modes continue to be deep and challenging whether you’re attempting the highly addictive Ultimate Team or trying to perfect your skill games scores.

FIFA 14 is a sophisticated football entertainment package that will be enjoyed by anyone who likes football, sport, gaming or winning. You will lose days and days over the next few months if you play FIFA 14, but it’s such an addictive and enjoyable game that can be played on your own, with friends or against randoms you won’t care, well not until the next edition………World Cup 2014!