With the exception of the upcoming and apparently fantastic, Mario Kart 8, there is very little reason to currently turn on the painfully undernourished Wii U if you’ve already finished the equally fantastic Mario 3D World. Don’t fret though, because that Wii U of yours also happens to play Wii games, and despite its reputation for shovelware, was home to a lot of great games that never got the attention that they deserved.

I know, I know, you’ve probably already played Mario Galaxy 2 and Metroid Prime 3, but have you played the below? I’d be surprised if you’ve got around to all of them, and while none reach the sky high standards of Nintendo’s top-tier first party offerings, do offer up some genuinely interesting and often highly enjoyable experiences.

If you’re looking for something a little different from your Wii U, you could certainly do a lot worse that trying out any (or all) of the below. 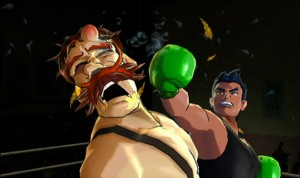 Arguably old school to a fault, this is Punch-Out!! Just as you remember it. Despite the upgraded visual style, this is as simplistic, compelling, and downright punishing as the original NES release. It may not represent a realistic representation of the sport, but for those looking for a trip down nostalgia lane, or for those simply looking for a bit of old fashioned challenge, Punch-Out!! For the Wii will deliver in spades. With its commitment to the core sensibilities that made the original so popular, Punch-Out!! stands as one of the finest examples of fan service to be found on any console and deserves to be played by a much wider audience than it has been afforded thus far. 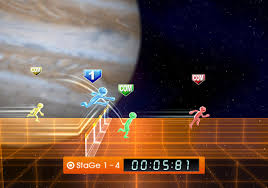 Hands free gaming? So, Let’s Tap is a Kinect game right? Well no actually. Despite the Wii remote theoretically being in use, Let’s Tap offers an experience in which you never have to pick up or touch the actual controller. Instead, by laying the controller face down on a flat surface, Let’s Tap picks up the vibrations of surrounding taps via the Wii remotes accelerometer. These vibrations subsequently move your character in a race, inflate a balloon, create ripples in a pool of water or even paint swirls on a canvas. Although yet another mini-game collection at heart, Yuji Naka’s innovative control scheme and carefully constructed gameplay make Let’s Tap one of the few mini-game collections that still feels wholly relevant today. 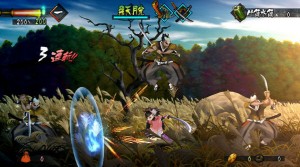 Criminally overlooked upon release, Muramasa: The Demon’s Blade showcases what can be achieved visually on the ageing Wii hardware via its beautifully hand drawn 2D graphics and truly unforgettable art design. Beyond just being a looker though, Vanillaware’s feudal Japan based action RPG successfully marries Metroid style explorative gameplay to first rate combat, exquisite animations and simplified, but nonetheless, hugely addictive RPG elements. Perhaps a little too ‘Japanese’ for some, this spiritual successor to the equally gorgeous, Odin Sphere still stands as one of the Wii’s best kept secrets. 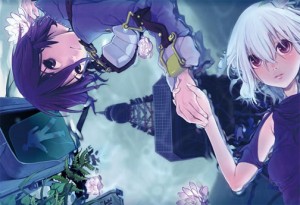 It may be another action RPG out of Japan, but Fragile Dreams: Farewell Ruins of the Moon couldn’t be further from the 2D charms of Muramasa. Although not as technically polished as some of the other games on the list, Fragile Dreams is nothing if not unique. Using the Wii remote as a flashlight, you are charged with guiding Seto around a Tokyo all but devoid of life. Searching down other survivors amidst this eerily empty metropolis while battling the mysterious spirits roaming the streets, Fragile Dreams manages to get more out of the ageing Wii hardware than most while delivering one of the consoles most unique and often moving stories. 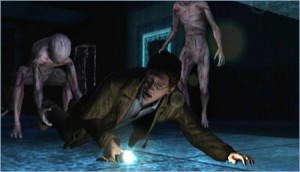 With the once revered Silent Hill franchise failing to recapture the magic of the previous generations releases since its move to 360 and PS3, it beggars belief that the utterly brilliant Silent Hill: Shattered Memories went all but unnoticed on the Wii. By ingeniously removing weaponry (and thus Silent Hill’s weakest attribute), Climax Studios managed to imbue a sense of genuine fear and panic into proceedings that had largely been lost since Silent Hill 2’s release way back in 2001. Essentially a reimagining of the first game in the series, Shattered Memories stands alongside the Gamecube edition of Resident Evil as one of the greatest remakes in videogame history and surely one of the high points of the long running and much loved Silent Hill series.