So, the Xbox One and PS4 have been out for over a year and the Wii U for more than two; in many respects, they are all doing relatively well (heck, even the Wii U has picked up the pace), but which is doing the best? Which console delivers the superior gaming experience? The most bang for your buck and all that jazz? It’s a tricky question, one in which both future potential and current quality have to be taken in to consideration. In my personal opinion, you have to lean a little heavier on what is currently available, but with so many great games on the horizon (for all three consoles), future releases certainly shouldn’t be discounted.

Before I go on, I’d like to stress that I am an owner of all three consoles and above all else, this is just my opinion – not a declaration of fact. I appreciate that folk get a little worked up when it comes to conversations regarding what the best console might be and there is no doubt that an argument could be made for any one of them, but for what it’s worth, this is how I rate current-gen consoles up to this point. 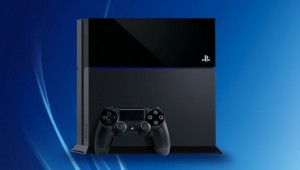 Easily the most disappointing of the bunch and the one I have spent the least time with. It’s the most powerful console of the generation and is arguably the best looking piece of hardware, but come on, where are the games? I know that Microsoft shot themselves in the foot ahead of launch, but the on-going sales success of Sony’s latest foray in to the home console market continues to utterly bemuse me. At first I thought it was a simple matter of solid messaging and marketing, but how long can that last? It appears that the answer is……bloody ages.

Yes, the multiplatform releases might run a little smoother (I have seen very little to suggest that there is a noticeable difference between the PS4 and Xbox One), and its simplistic commitment to gaming is certainly commendable, but honestly, that commitment only holds water if you actually have the games to back it up. It’s all good shouting “This is for the Gamers” from the rooftop, but when you continue to deliver utterly mediocre first party offerings, the slogan starts to feel decidedly hollow.

There have been plenty of very solid indie titles released, but the majority of these I can play on my PS3 or Vita and seriously, has the PS4 really produced all that many stand out indie titles thus far? Resogun was and still is an utterly fantastic game, but I would argue that it has yet to be matched in the year since its release. That is partly down to the undeniable quality of XDEV’s fantastic shooter, but other than the disturbing brilliance of The Binding of Isaac: Rebirth and the artistic brilliance of Transistor, I’d argue that there has been relatively little for gamers to get all that excited about.

Regardless of the questionable quality of its indie titles, the fact is, a new console needs solid triple-A experiences to truly sell the vision and capabilities of the new machine. The Binding of Isaac might be a great game, but nobody paid £350 to play a game that could have been developed for the Super Nintendo. Above all else, this is something that the PS4 is sorely lacking.

Killzone was ok, Infamous: Second Son was enjoyable but far from revolutionary while Driveclub and LittelBigPlanet 3, regardless of their horrendous technical issues, simply weren’t all that great. Ok, so LittleBigPlanet3 was actually pretty good, but again, you could get it on PS3 and the fact of the matter is, it was far from being a major jump (either technically or conceptually) over its predecessors. The Last of US remains one of the greatest games in recent memory, but even here, the jump in quality over the recently released PS3 version is minimal and it remains a game intrinsically linked to the previous generation.  Of course, none of these games are particularly bad (the Last of US in particular is a masterpiece), but seriously, after a year on the shelves, this is the best that the PS4 has to offer? Again, I’d like to stress my bewilderment at its on-going success.

In fairness, while I struggle to get my head around the PayStation 4’s current position, I can certainly get behind its future potential. Uncharted 4 looks unsurprisingly fantastic, Bloodborne like a slightly more approachable take on the Dark Souls template (and a potentially outstanding game in its own right), and although things appear a little more mixed for The Order 1886, there is no denying its ability to show off the sheer horsepower of the PS4. PS4 owners might have to wait a little while yet for a game that truly defines the system, but as it stands, things are certainly looking bright for the year ahead.

2015 will inevitably prove a more successful year for the PS4 (in terms of quality of games anyway), and there is no doubting the massive potential of the console, but as it stands, the PS4 is lagging behind both the Xbox One and the Wii U, even if it continues to race ahead in terms of sales.

The Xbox One couldn’t have got off to a worst start, and you know what, that has been great for gamers. It might have taken some time, but in their desperate attempts to get the core gaming crowd back on board after the Don Mattrick inspired cluster fu*k back at E3 2013, Microsoft and the Xbox One brand has been slowly rebuilding itself thanks to the general likeability of Phil Spencer and his 100% commitment to gaming.

Unlike Sony and the PS4, which in fairness, was flying the flag for gamers from the off, Microsoft have at least done a relatively decent job of backing up their words with a collection of very solid first part offerings. It’s still lacking a genuine system seller, but in comparison to the PS4’s slim pickings, the Xbox One is beginning to build a collection of very solid system exclusives. From the launch and subsequent release of the technically brilliant Forza Motorsport 5, the flawed but fun Dead Rising 3 and the criminally underrated Killer Instinct through to the more recent likes of Sunset Overdrive, the fantastic Forza Horizon 2 and the very buggy but ultimately brilliant Halo: The Master Chief collection, it would be hard for even the most ardent of PS4 fans to claim that the Xbox One isn’t currently home to the stronger list of console exclusives.

Then there is Titanfall, a game that has taken a bit of a battering since all of that pre-release hyperbole but one that I have genuinely fallen in love with  – it actually ended up topping my game of the year list (see here). It might not have won everyone over, but compare Titanfall to the PS4 equivalent (Killzone: Shadow Fall), and really, there is only one winner.

The Kinect remains an issue and the general outlook of the company and the console hasn’t fully recovered from that horrible, horrible start, but Microsoft and the Xbox One are certainly moving in the right direction. The announcements for the coming year aren’t quite as exciting as those revealed by Sony and the PS4, but what is already on the shelves undoubtedly offers a greater degree of both choice and quality, and with titles such as Halo 5, Quantum Break and Scalebound all on the horizon,  the Xbox One, quite ironically, goes down as my current number two.

And by process of elimination, my number one current-gen console is……..The Wii U 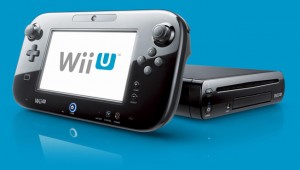 It might not be selling as well and it certainly lacks the third party support found on its technically superior competitors, but in terms of genuine must play titles, the Wii U wins out by a country mile.

We all know that the Wii U got off to a slow start and has had a year head start on both the PS4 and Xbox One, but if you’re judging each console by what is currently available, then it is very hard to look past the Wii U and its ever growing library of fantastic first part (and even some third party) output.

2014 has been especially good to the Wii U – with the PS4 and Xbox One both plagued by unfinished and technically sub-par releases, Nintendo have taken the opportunity to remind the world of their unmatched quality control and commitment to releasing games when they are actually finished. Mario Kart 8 and Super Smash Bros. Wii U are two of the finest games released in 2014 and both were polished to within an inch of their lives despite offering an absolute mountain of content. Whatever your opinion on the games, there is no doubting the fact that they put much of the Xbox One and PS4’s output to shame. It wasn’t just Nintendo either – Platinum released Bayonetta 2 at the tail end of 2014 (another contender for game of the year), and that, beyond delivering an exemplary gaming experience, also ran like an absolute dream.

Then there is the back catalogue; The Legend of Zelda: The Wind Waker represents one of the finest remakes of all time. Donkey Kong: Tropical Freeze, while far from revolutionary, delivered another solid entry in the series while Super Mario 3D World, despite falling a little short of the likes of Mario Galaxy and Super Mario 64, is nonetheless a country mile ahead of just about every other platformer without Mario in the title.

Outside of the usual big hitters, the Wii U has also managed to deliver the kind of quirky triple-A variety that is so often missing from its high profile competitors with titles such as Pikmin 3, The Wonderful 101, Captain Toad: Treasure Tracker and Nintendoland all offering up something pleasingly unique and often brilliantly colourful in spite of the industry’s on-going obsession with gritty realism.

Things haven’t been quite so hot on the indie front despite a handful of absolute corkers including Shovel Knight and rather bonkers but technically outstanding Scram Kitty and His Buddy on Rails, but even here, the Wii U can fall back on its impressive Virtual Console library (even if they do insist upon drip-feeding them to their loyal fan base).

A year ago, the Wii U looked like it was on its way to becoming something of an ignominious failure, but with a very solid 2014 delivering an array of genuine triple-A quality and 2015 promising the likes of the conceptually interesting Splatoon, the increasingly fantastic looking Mario Maker and of course, the potentially ground breaking Zelda Wii U, things have never looked better for Nintendo’s much maligned home console.

It almost certainly won’t have the legs of the PS4 or Xbox One and the Gamepad remains largely underutilised, but for now, the Wii U offers the best value for money, and more importantly, the best selection of top quality video games. Each console inevitably has its fair share of pros and cons, but despite its slow start, the Wii U has risen to the top as my favourite current-gen console…….well, for now anyway.

Again, just to stress, this is of course my personal opinion and we at Bonus Stage would love to hear what you think of the PS4, Xbox One and Wii U…….sound off like you got a pair…….or something like that anyway.