Home
/
Blog
/
Are Games too Short? How Long is a Piece of String?‏
Share Review 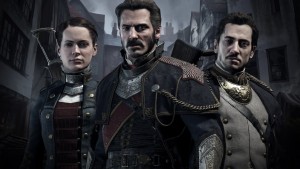 Are video games too short? Does a £40 game require a certain number of hours per £ to be deemed decent value for money? The recent backlash against, The Order: 1886 would certainly suggest so, but honestly, that games’ problems go far beyond the length of the adventure, and anyway, these questions are much bigger than any one game. For a start, there is the question of money. Not only does the cost of a video game need to be taken in to consideration, but also, the disposable income of the person making the purchase. Then there is the little matter of free time; a 60 hour game might sound like great value to some, but to people such as myself, is enough to put me off a purchase altogether. As much as I would love to play Far Cry 4, the idea of 60+ hours of content has literally scared me off even trying the game. Yes, I could just keep to the main story missions, but I know what I’m like…….I simply can’t go through life with a sub-standard ammo pouch.

The fact is, there is no easy answer to these questions and to be honest, I’m not even sure there is a right one. Beyond the aforementioned external circumstances, the length of a game, like any other aspect of the package, needs to be considered in relation to the rest of the experience. Take Alien: Isolation for instance – that’s a £40 game just like The Order, but that game has arguably been made weaker by its extended running time. In fact, based upon my own experience, The Order: 1886’s running time would have been almost perfect for a game such as, Alien: Isolation. 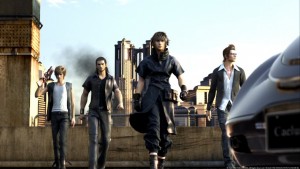 And what’s worse anyway? I’d argue that a shorter game leaving me wanting more is better than a game that outstays its welcome. Would I have enjoyed The Order more if it was 2 hours longer? Not at all. Would I have enjoyed Alien: Isolation more if they had cut 6-8 hours of filler? Without question.

Take Vanquish for example – Platinum’s breathtaking 3rd person shooter is one of my favourite games of the last generation and that’s probably shorter than The Order in terms of length. Sure, it has a bit more replay value, but fundamentally, it’s still a very short game. Did I wish it was longer? Sure, but I tell you this much, the length of the campaign didn’t affect my opinion of the game at all. Not in the slightest. Heck, even the best games can go too far the other way. The Last of Us is one of the greatest games of all time, but you know what, it would have been even better if it cut out some of the filler towards the end of the game.

Of course, that opinion doesn’t apply across the board – imagine the outrage if Final Fantasy XV came out and could be finished in 6 hours – I’d be at  Square-Enix’s door rallying the mob with pitchfork in hand – it just wouldn’t work. But even then, what if it was 20 hours instead of 60? Would that be so bad? South Park: The Stick of Truth proved that a 10 hour RPG can work, and while 10 hours might be pushing it for Square-Enix’s premier JRPG, I for one could live we a streamlined 20 hour experience as long as the standard of quality remained at a high level and they got the pacing right. Again, many wouldn’t agree with me, but that’s the thing isn’t it – just like graphics, gameplay and audio, the length of a game is completely subjective; something that needs to be judged individually and in relation to every other aspect of the experience. 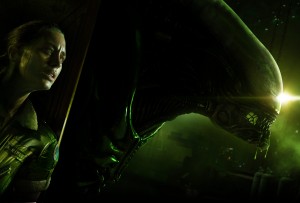 The idea of a game’s length being intrinsically linked to a game’s value is an antiquated link to the industry’s past and something we should look to get beyond. I’m not saying a game can’t be too short, but like anything else, it needs to be judged on a case by case basis. Was The Order: 1886 too short? I don’t think so, but then, in my opinion, the more important matter is the fact that the gameplay and pacing weren’t up to scratch. If the game was fantastic, then maybe I would have wanted more content, but as it stands, The Order: 1886’s decidedly mediocre gameplay make the argument null and void – why would I want to play a solid but decidedly underwhelming video game for more than 8 hours anyway?