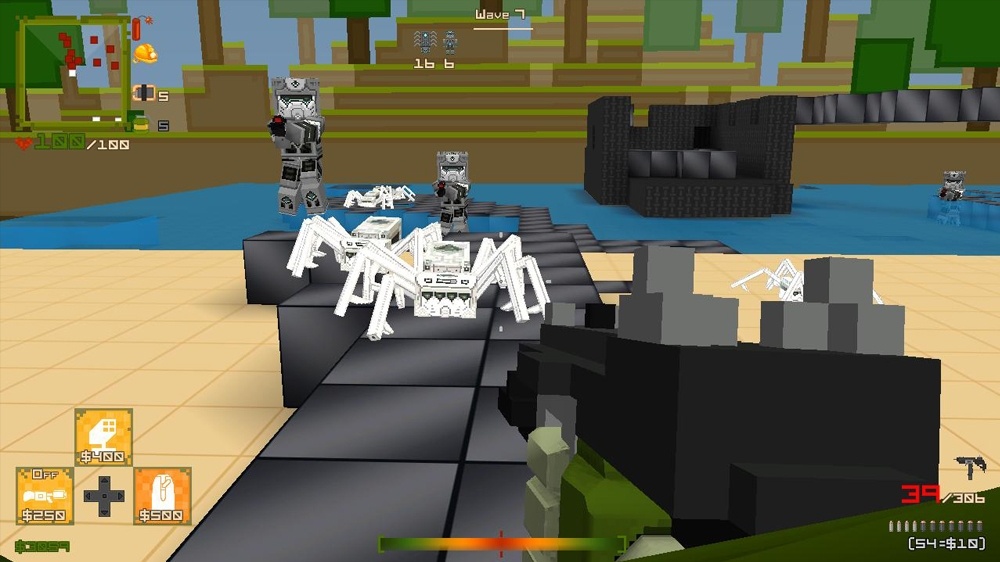 ‘Minecraft crossed with Call of Duty’. That’s a simplistic way of describing Guncraft, released on the Xbox 360 two years after it debuted on the PC, but it’s fairly accurate. And considering the massive success of both those franchises a combination of the two is actually a logical step to make. However the first person shooter genre is an extremely crowded and competitive market – so how will Guncraft stand out?

First impressions are positive as within seconds of booting up you’re able to jump straight into the action. The graphics are especially reminiscent of Minecraft with both terrain and enemies composed of chunky, voxel blocks in bright colours that immediately stand it apart from the more muted tones of gritty shooters like Call of Duty and Battlefield. Visually it’s functional but is never impressive and does tend to look like it’s a shooter that’s been designed for a younger audience.

Gameplay also seems a slightly tamer experience than other shooters with a slower pace and more relaxed feel. The standard shooter tropes remain in place however with shooting and sight-aiming controlled by the triggers, two equipped weapons to switch between, grenades, melee attacks, jumping and even vehicles – which are initially fun but controlling them can be tricky. The lack of running and ducking options is a bit odd, but the interactive environments more than make up for this and lead onto Guncraft’s most appealing feature: crafting.

A quick press of the B button switches from your two primary weapons to a drill and a pickaxe, which again will be very familiar to any Minecraft fans. The drill can be used to instantly destroy a block while the pickaxe can create blocks from a variety of materials, all of which come at a price with the more robust materials coming with a higher price tag (money is earned during gameplay at a fairly rapid rate so running out is never really an issue). This instantly adds a huge variety of game mechanics including building your own cover, constructing bases and even tunneling though the landscape to outmanoeuvre your opponents. 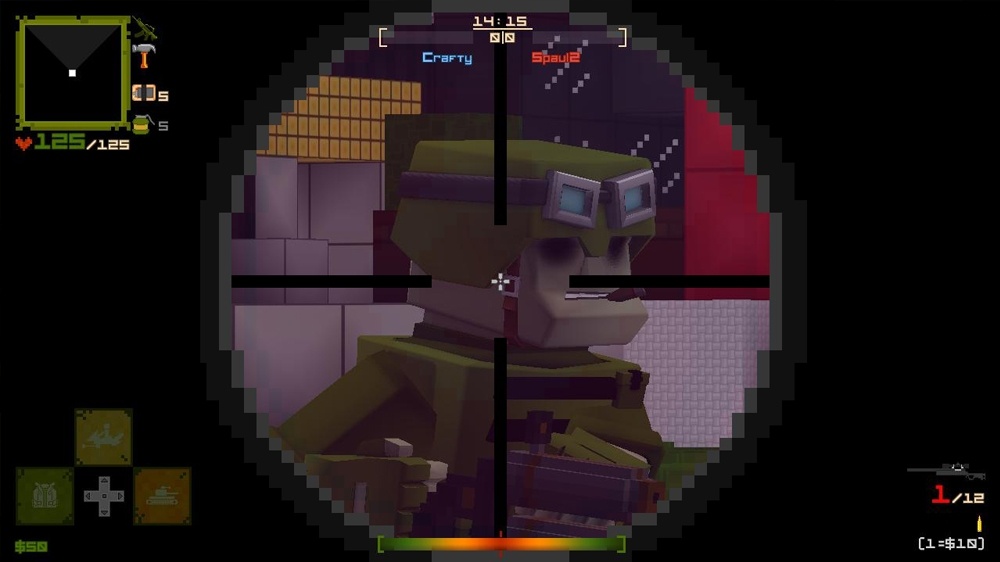 However for all it’s innovative features Guncraft suffers from a critical problem – a major lack of online players. Even only a few months after release the online community has rapidly drifted away making it very difficult to find matches to take part in. This is further exacerbated by the lack of bots to play against and the complete omission of a single-player mode, beyond a few basic tutorials. The inclusion of a split-screen option is welcome but one against one deathmatches quickly become boring.

Onslaught mode can be enjoyed solo or cooperative via the split-screen option (although it’s really designed for four players) as you face off against simple AI forces that march towards you, and it’s here the appeal of Guncraft really shines through as you’re encouraged to create defensive structures with your team. There’s great potential in the other game modes as well with Lava Survival being a constant race to higher ground to escape the deadly rising lava (in this mode shooting opponents doesn’t kill them but instead temporarily freezes them), Paranoia serving as an interpretation of the ‘Mafia’ party game and Spleef being a fairly throwaway mode where all players are armed with drills and are tasked with destroying the ground beneath the feet of those opposing players. Unfortunately the dearth of online opponents means it’s unlikely you’ll get to enjoy these modes to their fullest. 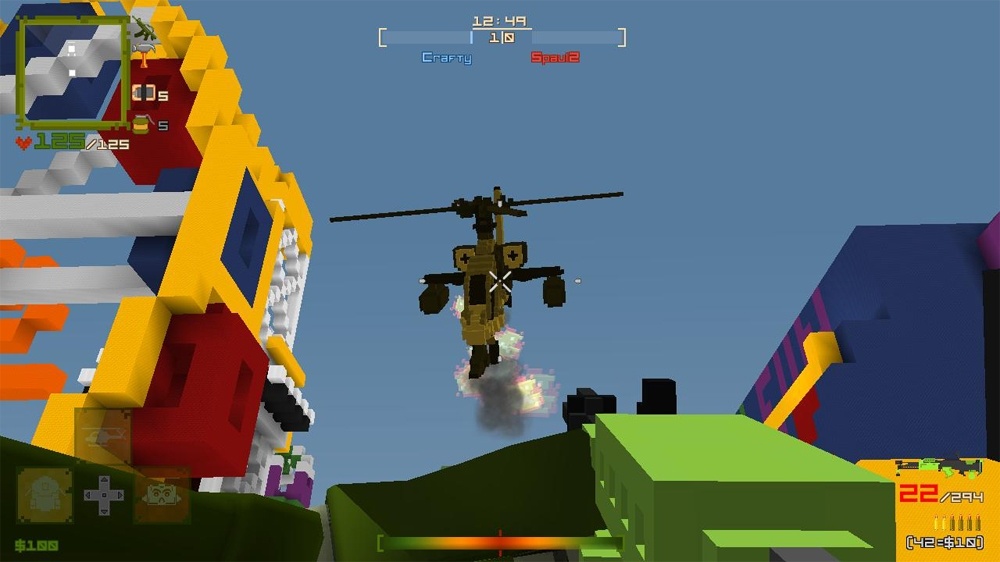 There is a significant amount of enjoyment to be had with the crafting, as you can customise guns as well as setting up prefabricated templates to implement during battle (where you wouldn’t have time to build block by block if a full team was up against you) but ultimately those who love building would be better off investing time in Minecraft instead. Similarly the combat aspect of the game can be quite clunky to play and simply isn’t as good as the major other first person shooters available, even if there are some great inclusions like the grapple gun the scout class can use to propel you across the landscape.

There is plenty to admire about Guncraft as it does a number of things well without ever being outstanding at anything. The low price means you can potentially get decent value for your money especially if you can encourage like-minded friends to invest as well and organise your own games together (as seems to be the case with the few matches that I did encounter) but the lack of single-player options means Guncraft feels like a slightly wasted opportunity.