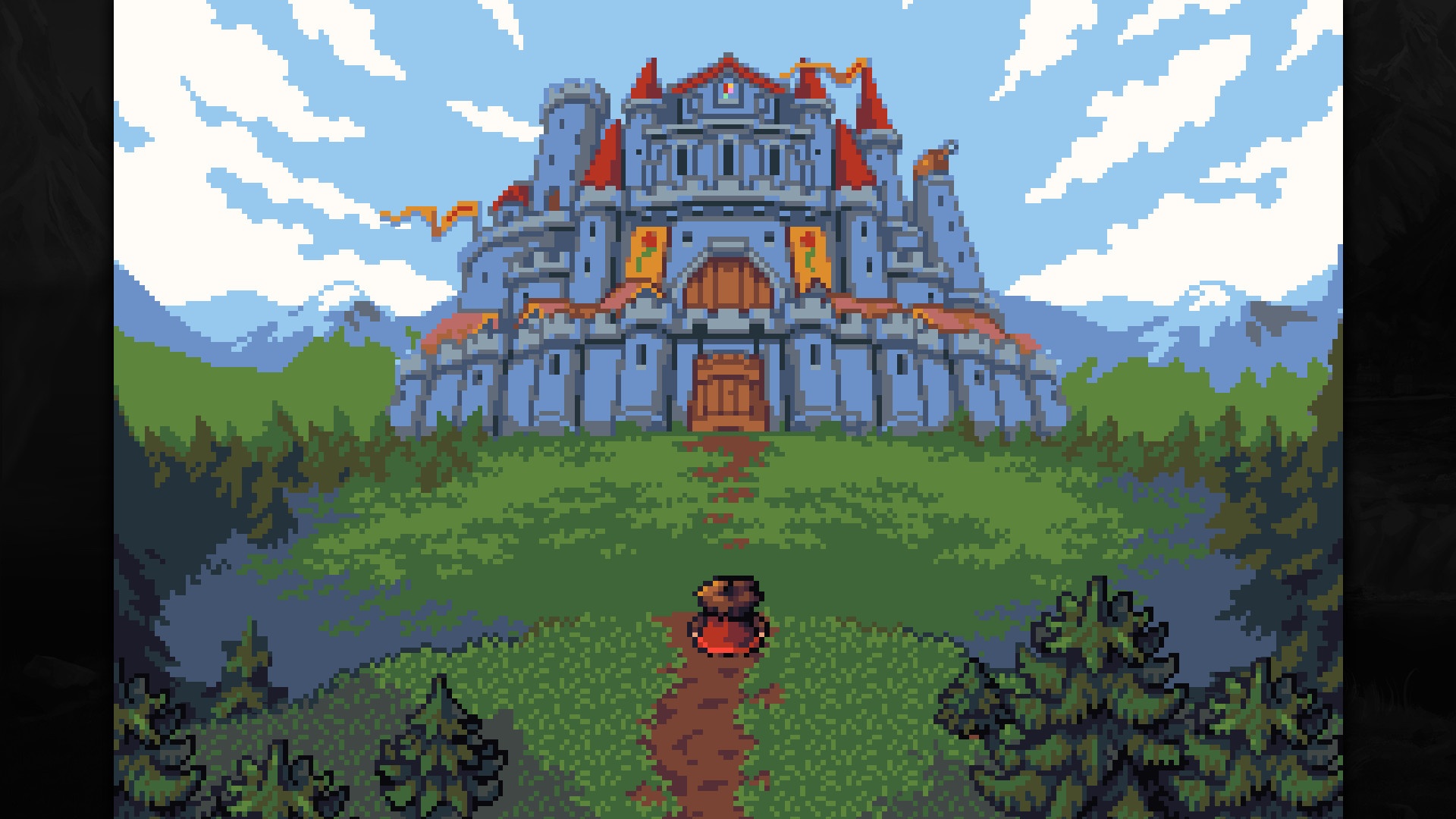 Shadows of Adam is a great little indie JRPG throwback from Something Classic Games LLC. The story focuses on a world in the aftermath of a war over magic. In time, the magic fades from the land, but in the small village of Adam, a girl named Asrael has the ability. As we start the game, we see Asrael being shunned by the village due to an encroaching seemingly coincidental set of misfortune, including the fast-growing brambles just outside of Adam that the townspeople call ‘The Tangle’.

After raising dispute over the town voted to exile Asrael, Kellan, Azzy’s friend and an Adam town warrior, comes to her aid and the pair head into The Tangle to find the source of the trouble. Joined by the mysterious Curtis, the trio finds the source in a bramble demon and upon slaying it, discover a magical tome and what appears to be Kellan’s father, Orazio’s ghost. Not long after, Kellan and Asrael find their childhood friend Talon in the Kingdom of Dradora and the party is complete. From there on, we’re off on an adventure of discovery about these four’s past, the origins of magic and chasing the footsteps of Orazio.

Regarding the mechanical side, the game isn’t optimized for 16:9 displays and the title screen itself isn’t very welcoming. A shame really because the game itself is pretty great so to immediately be met with boxed out resolution and a fairly generic title screen was disappointing. What made the initial disappointment worse were the poorly optimized controller controls with no way I could find to set my own bindings outside of the keyboard, so I often pressed the wrong button to get into the menu which was annoying. Basically, clunky controller bindings and a control scheme that favours keyboard users, but I will say it has decent options for sound and graphics, all things considered. 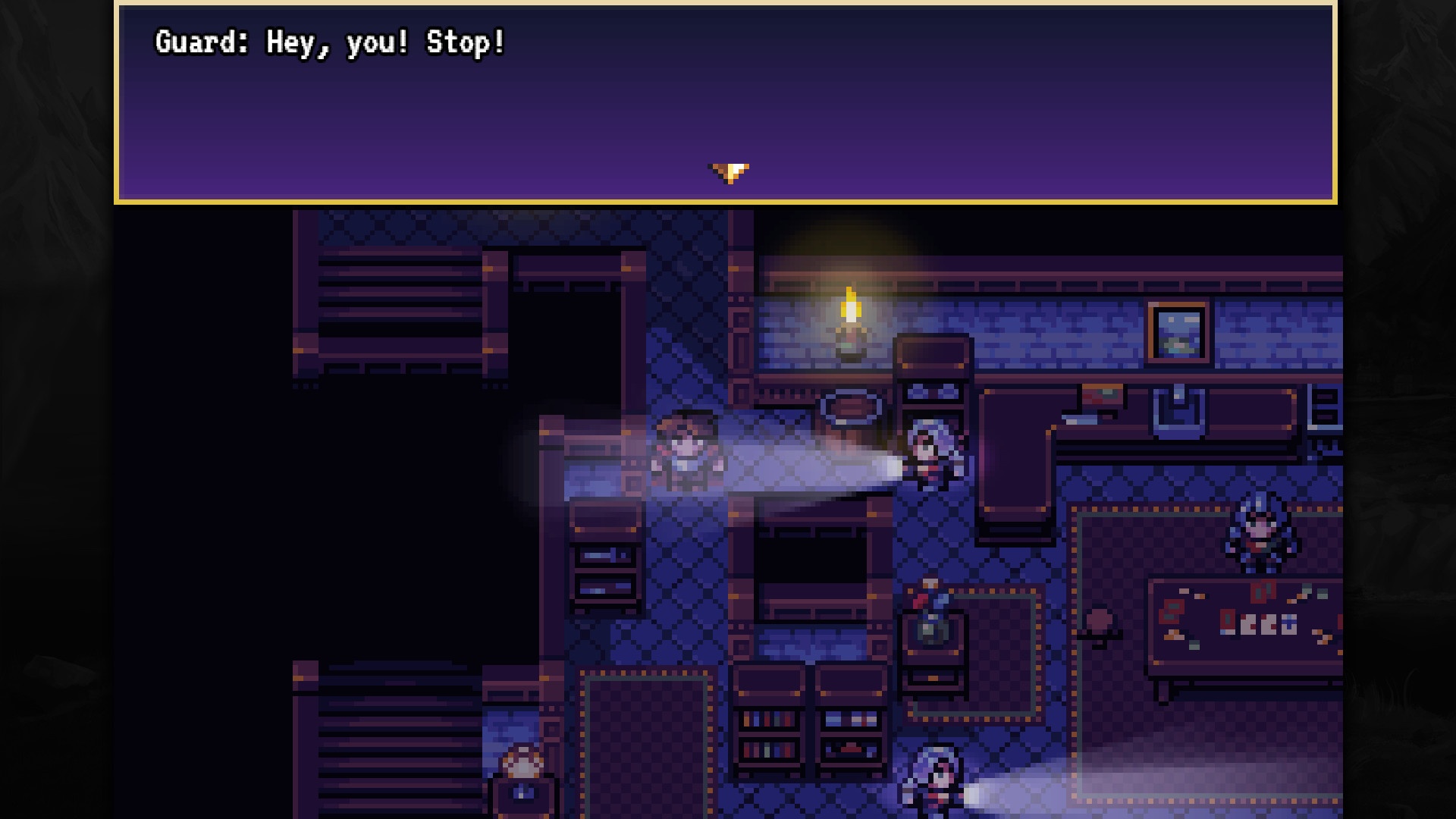 Still, these are small gripes in the grand scheme of things. The rest of the mechanics are great. Nice, neat text and chat windows, clean GUI and party menus, fun puzzles, etc. I was actually pleasantly surprised to see a battle system that seems fairly intentionally styled after Square’s Mystic Quest. I took it as a love letter to the older era of RPGs to be honest and I was also reminded of playing Lufia in the dungeons and Chrono Trigger on the overworld map, but not too obviously. It was more of a welcome homage and frankly added to the overall charm of the world.

It was nice to have an entire game without random encounters, to be honest. Every enemy you battle in this game you can see on screen before jumping into battle with them. The battle system is a smooth, classic styled, turn-based battle system with a twist. Each character, rather than having plain class styled abilities such as those styled around a Healer, Support, Caster, etc. We have some different, quirky and interesting abilities that help the party be stronger together and keep battles fresh. The twist, however, is after each turn, you earn some AP back (AP being the equivalent of Mana/MP) and you can also pass a turn essentially to double that restored amount so basically you have a game they very much encourages magic and the ability to use throughout the whole game. I really enjoyed being able to use abilities often rather than saving them all the time. This was a nicely balanced system. There are even damaged enemy and boss sprites when you get them down was nice to see and added extra depth to the battles themselves.

The pacing overall is pretty fantastic too. I specifically only fought each monster once, I never felt too overpowered or under-leveled. The story doesn’t overstay its welcome either and wraps up rather nicely. There is even a New Game+ offered upon completion and DLC available for those who want more from the game (I picked them up, they’re pretty decent) One thing I missed in this game was an auto-battle system. Sometimes slaying enemy after enemy got tiresome, so auto-battle would have helped ease that.

There are nice effects in battle to match player and enemy abilities, but the overworld effects are pretty nice too. Overall, the game has its own great art style in-game and menus. It’s obviously derivative as all games in this style are to some extent, but Shadows of Adam ends up being its own memorable style. The NPCs, locations and enemy sprites are all clearly drawn by someone who put a lot of love into their work as the art in-game is pretty tight. 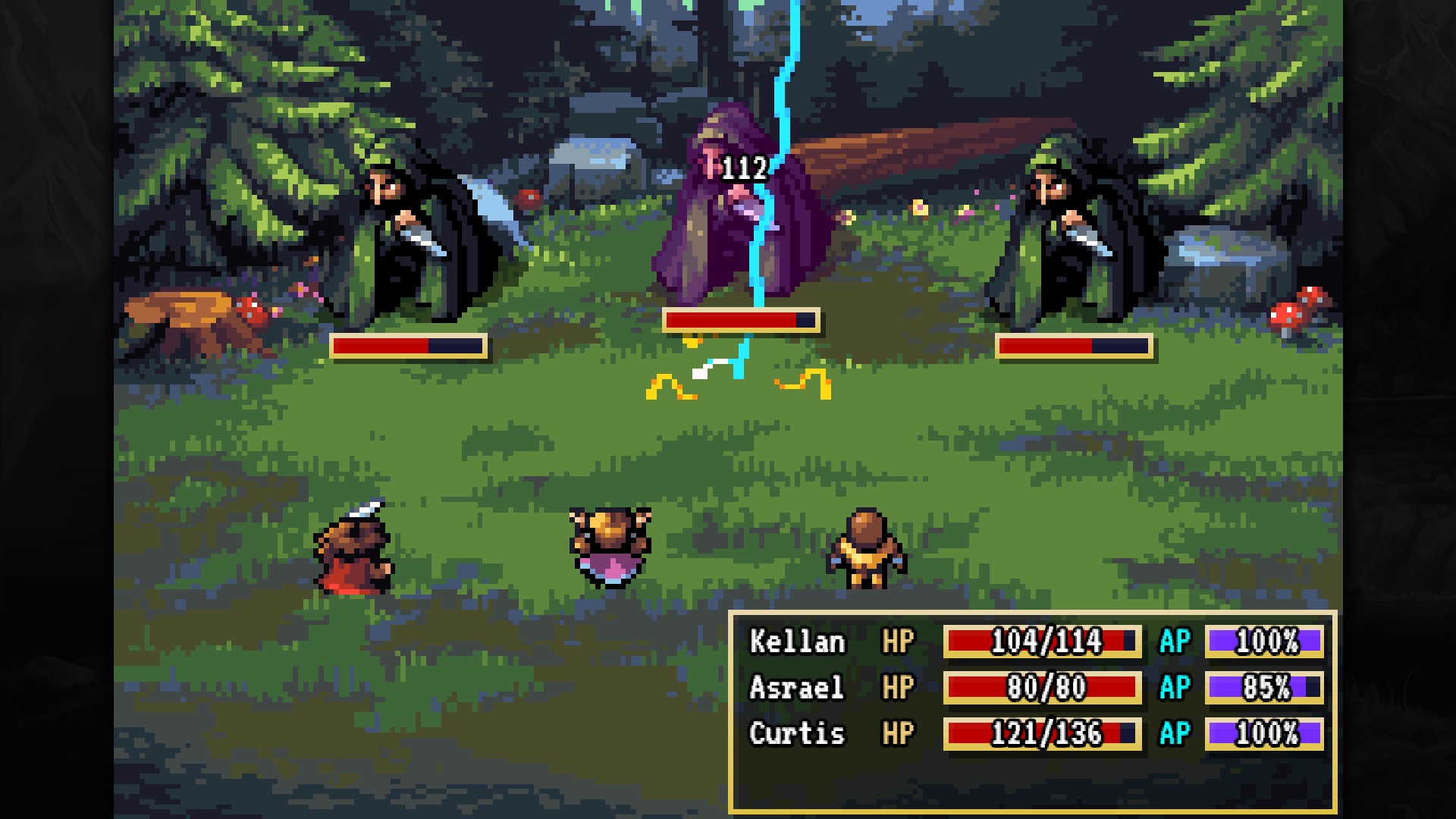 The towns and locations, in general, are well mapped, and the layouts are well put together. The maps themselves hide secret items (including special purple chests) especially in towns. Later on in the game, you eventually unlock an airship. I’d argue you probably unlock it too late and perhaps a few more optional areas would have been nice to give air travel more point, but there is stuff to discover there and it’s great, there just could’ve been more and wanting more isn’t much of a complaint.

Story-wise, the writing had its hiccups. There were moments that were a little too blatant in their likeness, for instance, Prince Malvil being an obvious take on Final Fantasy 6’s Kefka, and this is an honest shame. There are better ways about having inspired characters, like Zak and Nik, for example. Other than that, the script might have a few too many in-jokes that I’m sure the developers got a nice chuckle out of, that while I may have recognized most, I feel like most players will find some references obscure if they pick up on them at all. Ultimately, the script is pretty decent, funny and easy to follow. The sound effects are pretty crisp and made abilities (like Wraithstorm) really fun and satisfying to use.

The soundtrack itself is pretty nice too. There a few bars that seemed like it could have had a cleaner loop and some area themes seemed a bit on the nose in what they’re referencing, but overall Shadows of Adam has pretty nice music that suits all the areas well. It also features achievements, cards and badges on Steam as well for those that want to chase those achievements and is always something I like to see in my games.  As a whole experience, I really liked Shadows of Adam and would recommend it for RPG fans, especially of the SNES era and those who like turn-based combat. This was a hidden gem for sure.

Shadows of Adam’s story is a character driven story. It contains a deep narrative and an interesting plot.