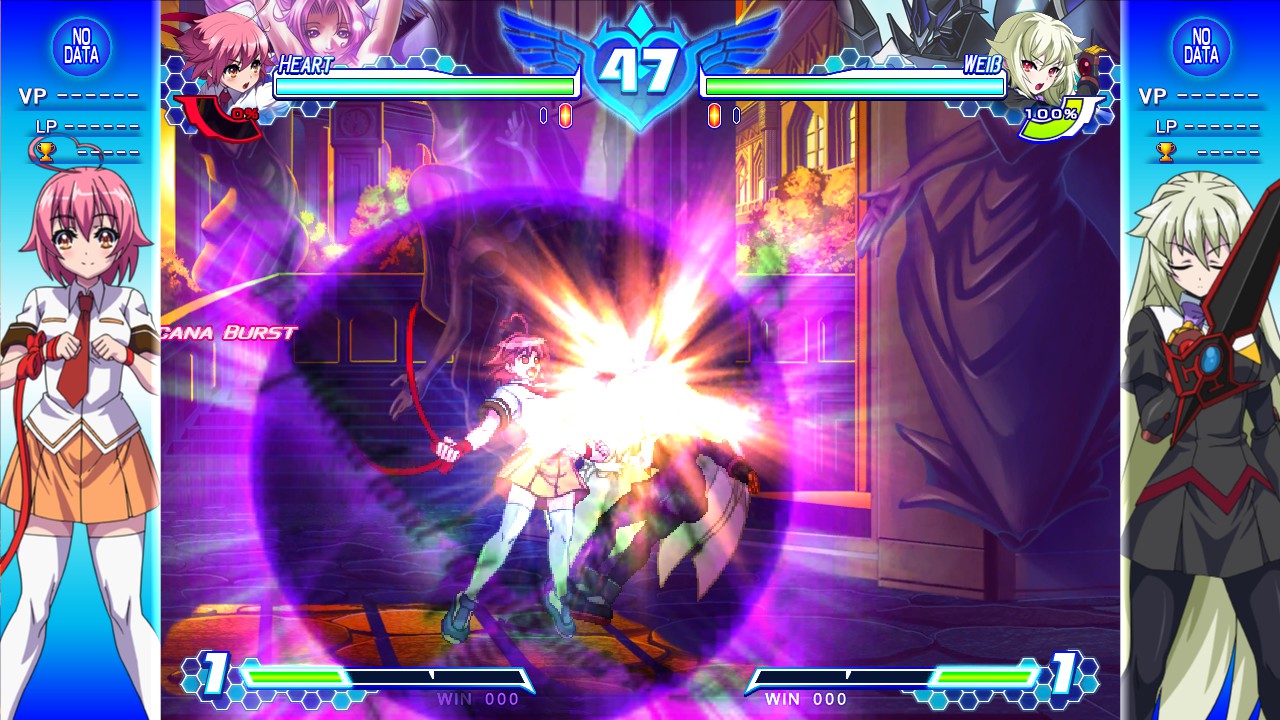 Arcana Heart 3 LOVE MAX!!!!! is seen by those familiar with the series to be a super hardcore fighting game, for those too good for the casual stuff. I mean, I can see that the game is hardcore, just take a look at those 5 exclamation marks! Oh boy! This game was originally released on PS3 and PS Vita back in September 2014, meaning it’s been long overdue for a PC release for the fans. If you’re not into fighting games as it is, this game probably isn’t for you; seeing as even an avid Street Fighter player can be put off by the reputation alone.

Arcana Heart 3 LOVE MAX!!!!! is a 2D, Japanese fighting game, which introduces new and innovative fighting mechanics. One of the reasons this game can be considered so hardcore, is that it expects you to know these mechanics without the game holding your hand through a 10 minute tutorial. Because of this you will probably have to look up a move list or a wiki to know how it’s done, and this is what scares so many people off. I liked the game for this, as it meant I could jump straight into the deep end and get stuck in. However, even if you’re a veteran of the genre you will need guidance to begin with. 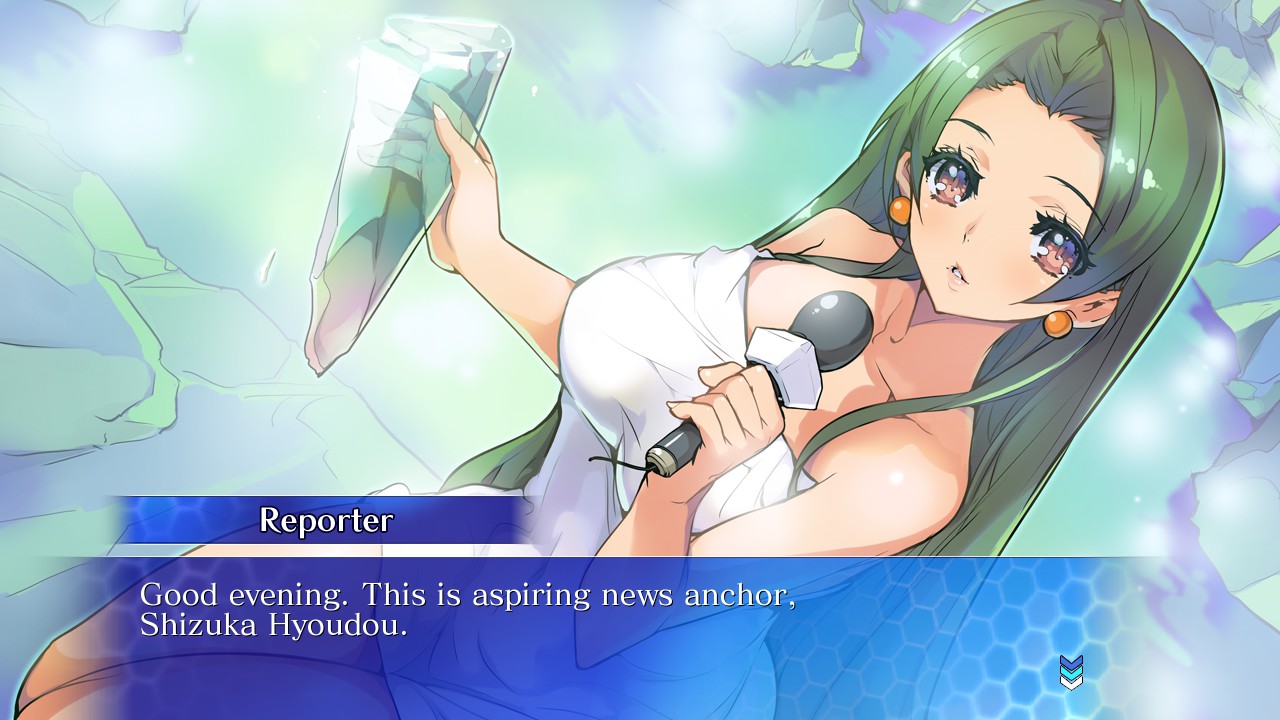 You may be thinking to yourself, if the lack of tutorial hasn’t soured your taste already, what makes Arcana Heart 3 LOVE MAX!!!!! so special? Well there are two main things that I noticed: Arcanas for characters and the Homing Mechanic. Arcanas offer 23 elemental choices which aid your move list, this gives you a huge number of combinations to try out when you take in to account the 23 characters on the roster. The Homing Mechanic allows you to fly directly to your enemy from any location on the stage, then you can throw your opponent up in the air and begin a combo by pressing the homing button.

Arcana Heart 3 LOVE MAX!!!!! is very much based on air combat, hence why the homing mechanic begins by throwing enemies up in the air. Combos that are ground focused do not have much of an impact at all. The screen is can be up to around 4 times vertically which is reminiscent of the multiple level fighting style that Dragon Ball Z: Extreme Butoden has. But other than this the game at its core is just a plain fighting game with its fair share of problems. 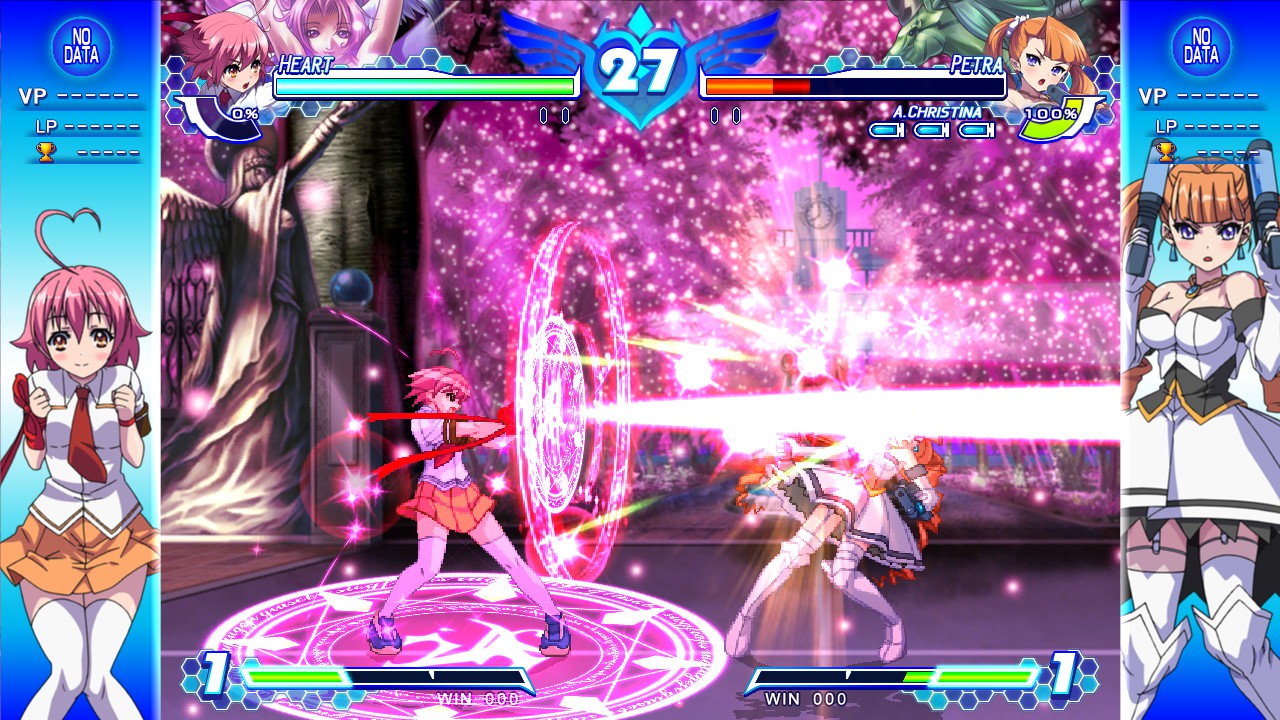 There isn’t really an arcade mode, the closest thing to it would be the story mode. There is also no option for complete widescreen without side bars, a feature that Vanilla Arcana Heart 3 did have. Another little problem was that the soundtrack was not included with the game, a feature that a large percentage of Arc System Works have done on Steam. Personally, I enjoyed the aesthetics, but I think it could make so miss a great fighting game as people may, again, be put off by this.

Overall, I’m going to give Arcana Heart 3 LOVE MAX!!!!! a 7 out of 10. Its aesthetics and unique mechanics make the game good. But for those who just want something easy to play I’d suggest Battle Fantasia: Revised Edition, as you will need to do some research on how to do certain moves/combos in this game. But what stops this game from getting a higher score is that there seems to be a lack of polish around the edges, as some menus accepted controllers inputs while others didn’t (and you could only find out which ones did by trying). Along with the lack of arcade mode, and that its alternative of story mode’s difficulties are quite messy. By this I mean that despite being a certain difficulty, it drastically increases by the end; but this could be another case of the game expecting too much of you.

So if you’re up for the challenge and open to learning new things, then go ahead and get this game. But be warned, as £23 is a lot of money to spend on something you won’t play after it being “too hard”.