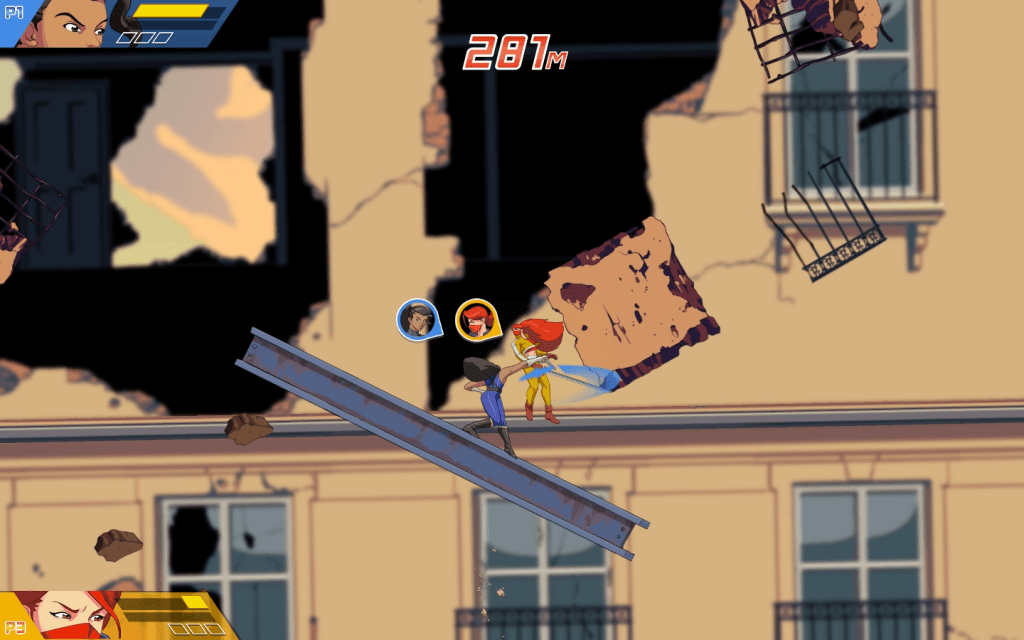 Well, this is a tricky one. From a purely mechanical perspective, Ground Shatter’s rather unique vertical beat-em-up platformer is actually very good. Playing like a hi-resolution version of the kind of games I used to love on the NES, SkyScrappers combines many of the finest elements from games such as Micro Machines, Super Smash Bros., Final Fight and Street Fighter and somehow manages to combine them for what is a relatively simplistic but incredibly addictive competitive brawler.

Problem is, as good as it might be, SkyScrappers is embarrassingly short of content. That might be acceptable for a dirt cheap download only title, but this game costs a relatively steep, £17.99. Hardly chump change, and certainly enough to expect more than the decidedly measly offering that is found here.

Again, what is here is all good (maybe even great), but my God, two game modes? Four playable characters? Identikit stages? Simply put, it’s not enough. If Titanfall was the previous poster boy for great games marred by minimal content, SkyScrappers comfortably takes its place as the new king of crappy content.

It’s a huge shame too as, lack of content aside, this really is a great multiplayer brawler, one that, when played under the right circumstances, brought back found memories of many of my favourite local co-op games. I say local co-op of course, as naturally, there are zero online options. The local multiplayer is super fun if you have the means to get a few friends involved, but man, this game sure could have done with even the most basic of online options.

Still, when played with friends, this game really does shine. Battles can between two and four players (three is arguably the sweet spot), with victory attained by either, a) reaching the top of the crumbling building first or, b) by beating your opponents up before they have a chance to get there ahead of you. 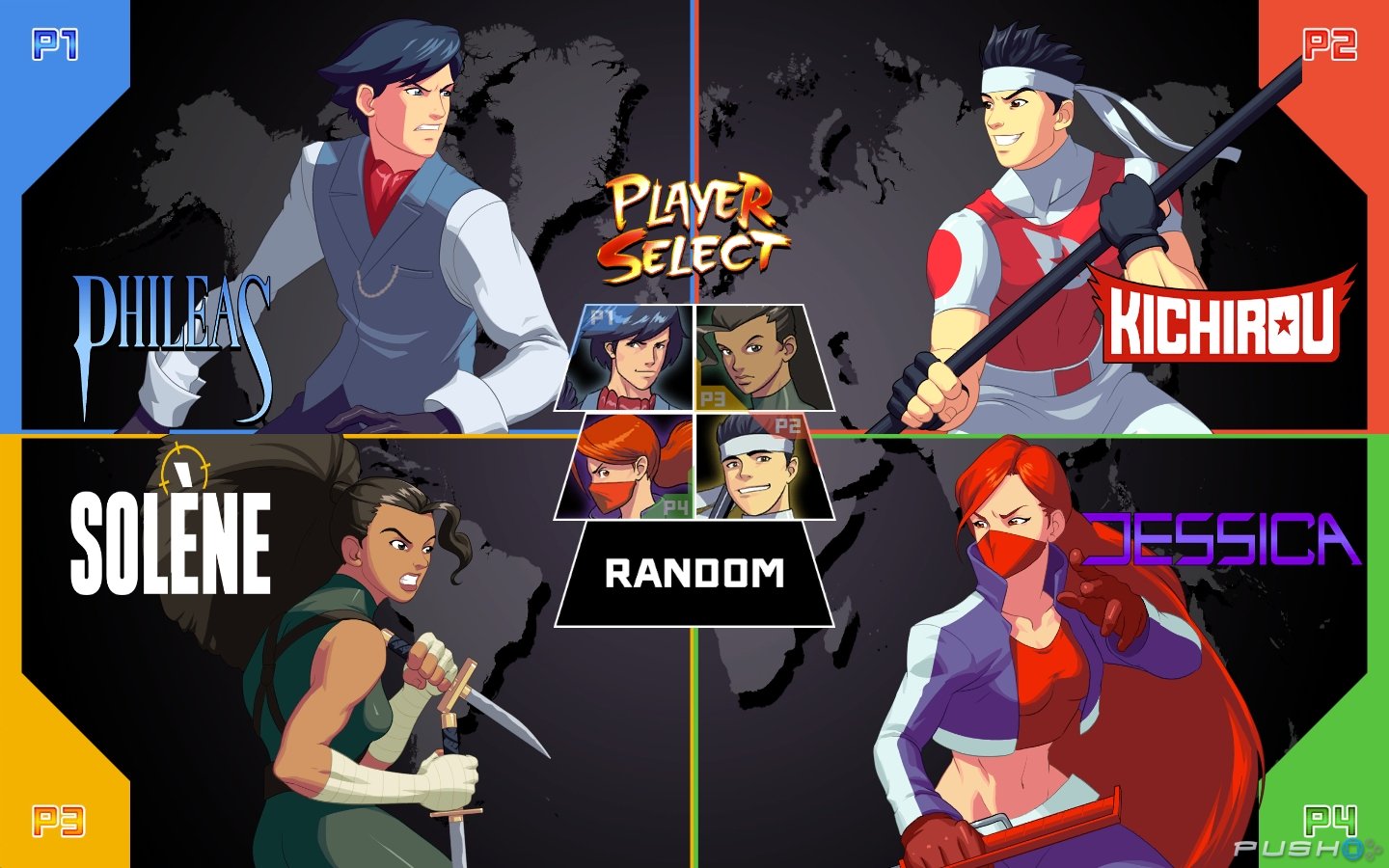 Yes, it’s all very simple on paper, but with the player at the top dictating the speed in which the stage scrolls upward, you have that classic Micro Machines vibe with those caught at the bottom taking a big hit to their health. The combat is part Street Fighter, part final Fight, and while undeniably basic, given the amount going on at any one time, probably feels just about right. A handful of additional character specific special attacks wouldn’t have gone amiss of course, but for the most part, the simple, fast paced combat feels like a decent fit.

The star of the show however has to be the platforming. Far tighter than anything you would find in Super Smash Bros., SkyScrappers’ surprisingly nuanced platforming ultimately turn a solid gaming experience into a potential great one. The controls themselves are relatively basic, but with the ability to hop onto falling debris and to run up the constantly twisting and turning scaffolding (the higher the angle, the better the jump), I spent many battles looking primarily for the best line of ascension with combat only initiated as a last resort.

You can strike falling masonry towards your enemies as you make your way up the slowly crumbling buildings, but this simply plays out as a single addition to a greater mechanical whole. Nothing on its own is particularly game changing, but combined, the core gameplay of SkyScrappers comes together to great effect, creating a fast-paced experience that is pleasingly easy to pick up and play. That’s not to say that it is shallow of course; sure, just about anyone can get on board with the basic controls, but dependent upon the level of competition, success in SkyScrappers often requires a great deal of tactical nuance – especially during the often hectic four player battles.

As good as it might be though, we do need to come back to that one major issue – the content. The single player campaign is incredibly basic and will do little more than familiarise you with the somewhat unique requirements of the game. The characters themselves, while functional, are all too similar, and with only four to choose from, you’ll find yourself far too reliant upon those standardised core mechanics to get your fun out of the experience. yes, they look plenty of different and they each have their own unique and very lame brand of pre-fight banter, but with the styles so very similar, any sense of differentiation is all but lost with the lack of unique play styles and character specific attacks proving a major missed opportunity. 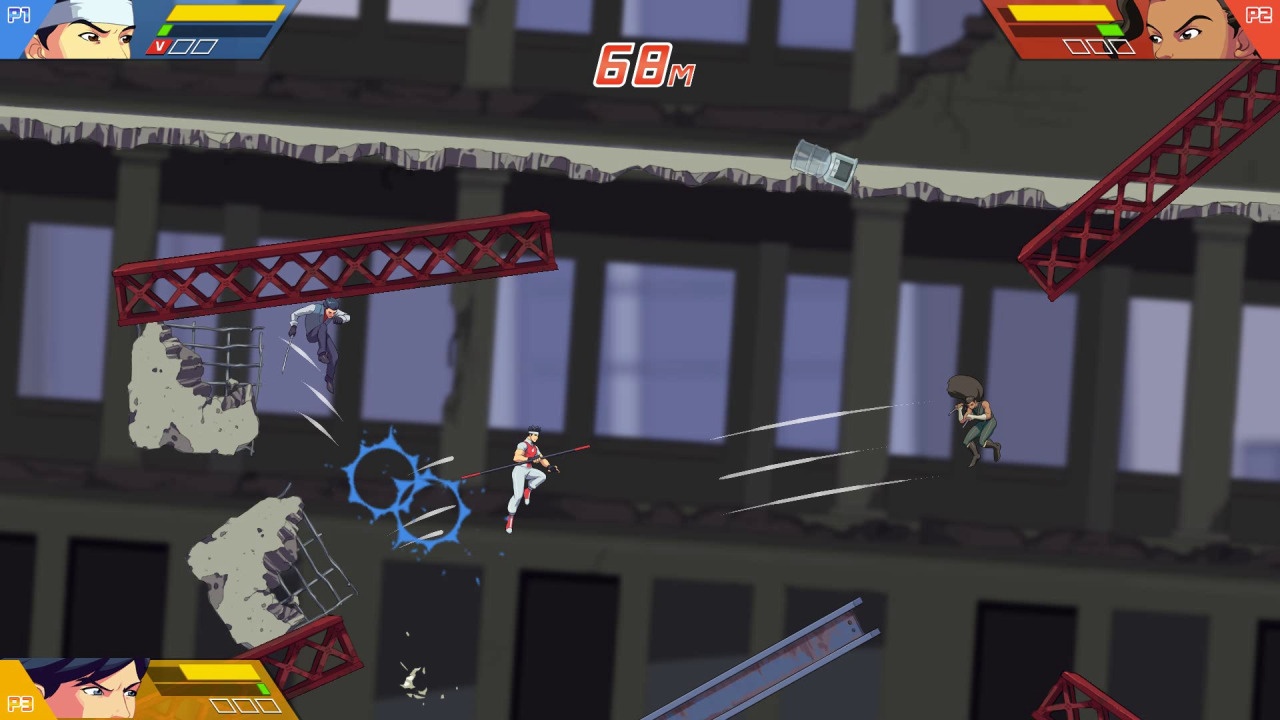 There is no doubting the quality of the gameplay, but unless you’re in a position to make the most of the limited local competitive options, then I’d have to recommend that you give this very entertaining but painfully threadbare experience a miss. There is plenty of fun to be had in the short term, but with a relatively steep asking price and no depth to back it up, SkyScrappers feels like one of the year’s most disappointing missed opportunities. All the ingredients are here for a fantastic sequel, but as it stands, SkyScrappers’s doesn’t have nearly enough content to back up its largely exemplary gameplay.