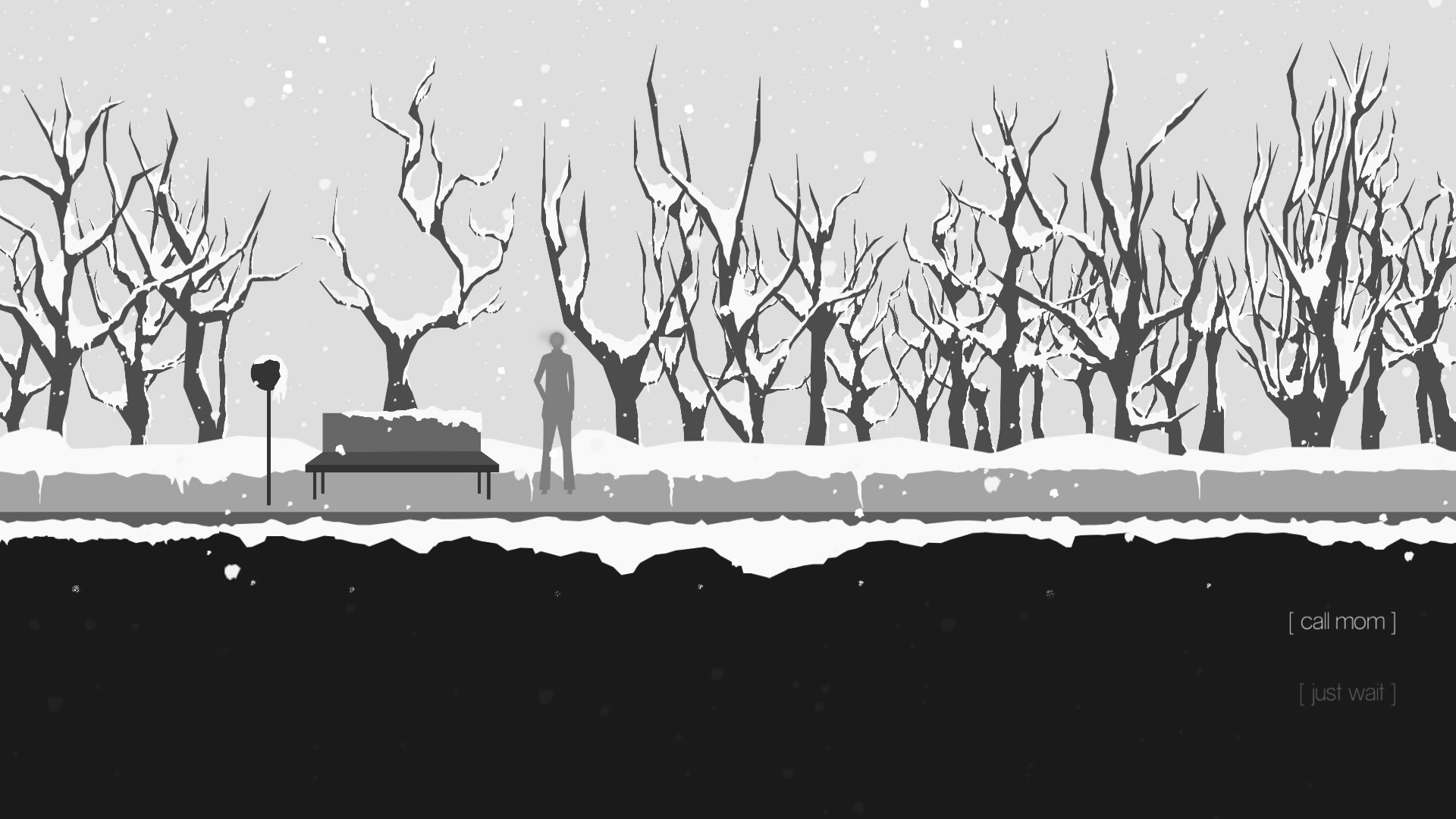 Three Fourths Home is a short-lived interactive story from Digerati Distribution which delves into the life of Kelly Meyers and her relationship with her Mother and Father and younger brother Ben.

Kelly is driving home after visiting her Grandparents house and talking to her family over the phone while a storm rages all around her. Primarily text driven, you’ll find very little game here but lots of emotional drama to keep you intrigued over the 2 hour play time.

Kelly Meyers is in a rut, problems in her own life coupled in with issues at home drive the narrative behind Three Fourths Home. You’ll speak to her mother, her father David and her brother Ben, find out information on what is happening in everyone’s life and make decisions on the conversation to drive the story forward all while driving your car through the rain. 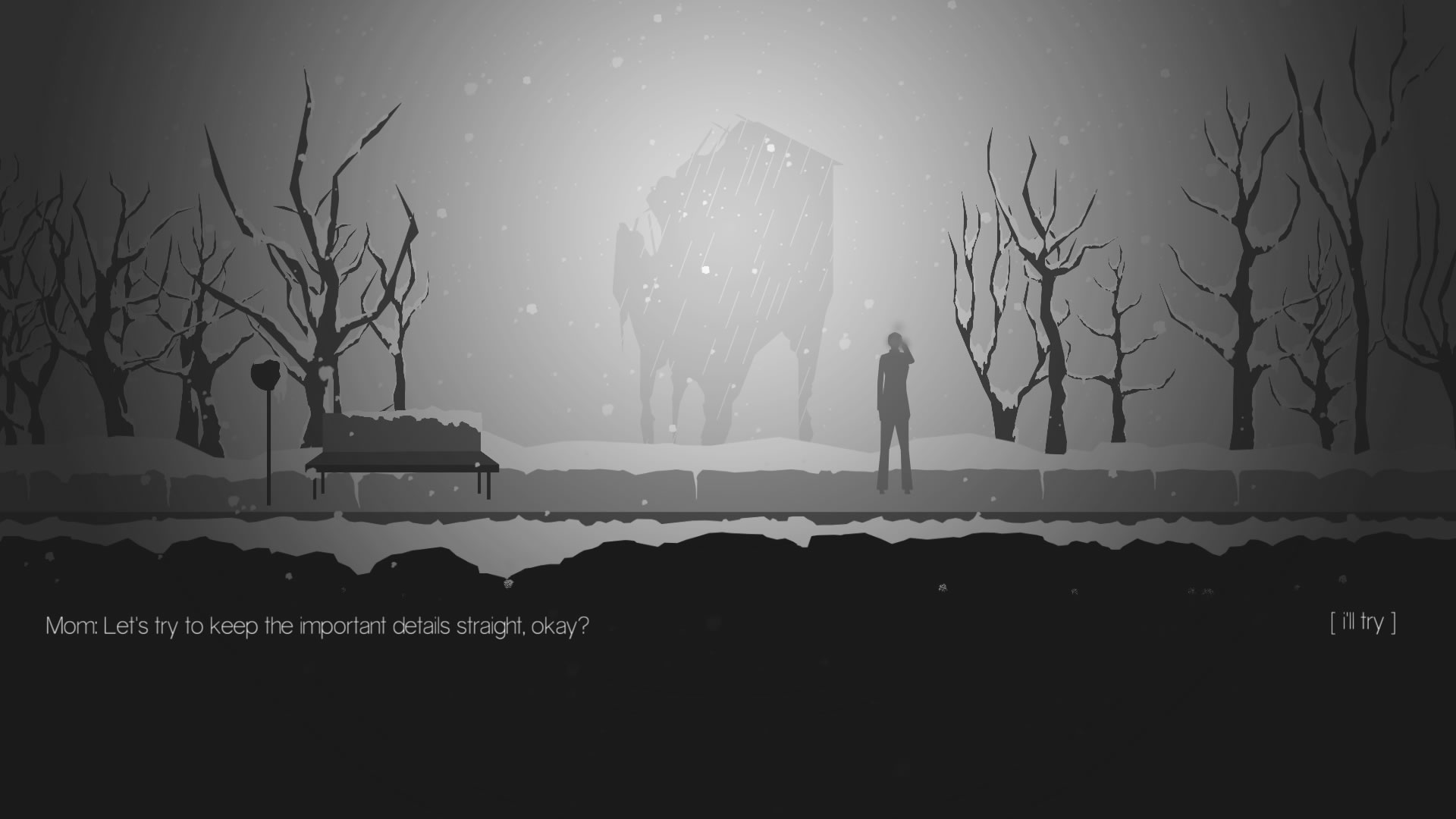 To use the term game for Three Fourths Home is stretching the definition rather thinly. What you have here is almost like a Choose Your Own Adventure Book from the 1980’s where the choices you make will move the story forward. Everything from the tone you speak to your Mum with from the job you applied for will have some effect on the direction the narrative goes in, but has no noticeable change on the overall outcome whether this be on the main story or the included epilogue. It is simply a vehicle for you to find out more about the Meyers family.

Three Fourths Home is nothing to write home about in terms of graphics, basic and minimal, you could even describe them as serviceable, as they do little more than provide the scene in which Three Fourths Home is played out on, but this only makes you concentrate on the dialogue more, while occasionally your eye will spot something out-of-place in the never-ending road. 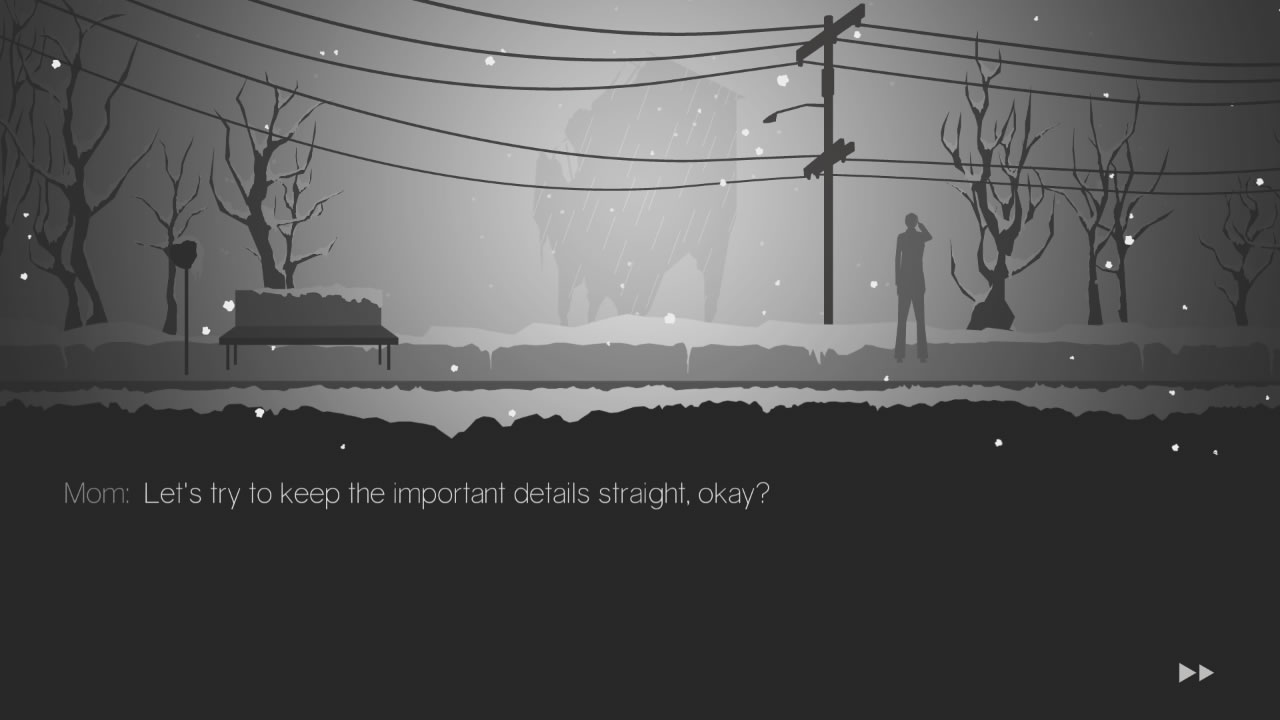 The audio design however is rather special, with the rain and wind making you feel cold while nestled in the comfort of your arm-chair, and at one point the sound design is almost magical in what it achieves but I don’t wish to spoil it for you. I would advise that you play through wearing headphones to get the full effect of what Digerati Distribution have strived to achieve as it affirms the experience that has been produced for you to enjoy. Alongside the main game there is some additional non game content that further adds to the experience and gives background to Kelly and especially her brother Ben in the form of photographs and stories. It’s worthwhile spending the time on this and going through the game again as it helps give you a slightly different perspective on the characters and brings them more to life.

Three Fourths Home has been designed to suck you into Kelly’s life and her problems, and I certainly found myself transfixed at certain points during the story, whether it be discussing her father’s drinking or Ben’s obsessing over the weather while achieving some emotional investment from the player. As far as succeeding in what it set out to achieve, Three Fourths Home is an excellent example of interactive storytelling that manages to bring rounded and well imagined characters to the table within the short time it is on the screen.

At the same time, it is not a game. Those looking for more action and even interaction in their tales will probably need to look elsewhere and in all honesty that would be a shame, as Three Fourths Home is certainly worth the meagre price point it is looking for and Kelly’s life is also one you should consider going along for the ride if not to get out of the impending storm.