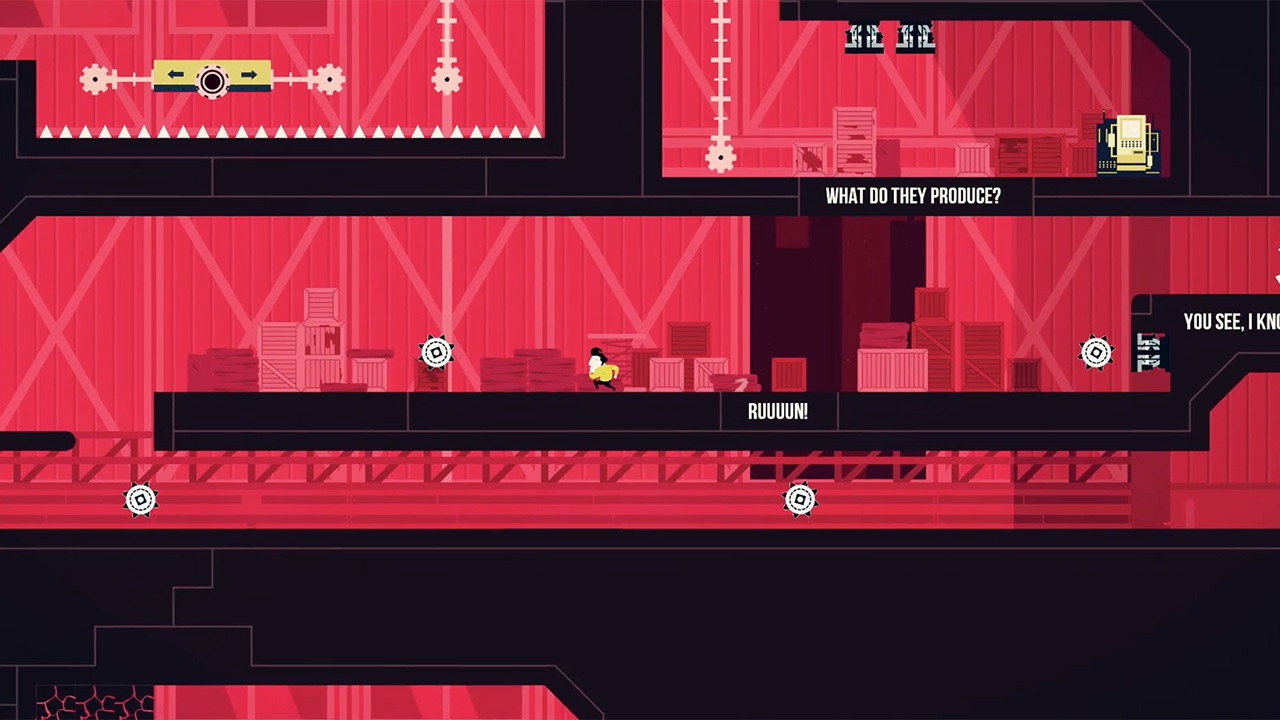 Platform games used to be very popular back in the Sonic and Mario days, you used to get lots of copy cat games some good many less than not so good. As the technology got bigger and gaming more mainstream you come across less big title platform titles as the premise is quite simple. However this kind of game is fairly easy to make and there are quite a few entertaining ones being made by smaller developers. Klaus is one such game and is one game that takes the platform down a more serious route.

The general plot behind Klaus is that it follows an office worker who awakes in a basement minus his memories. He doesn’t know who he is or where he is. The only clue to his identity is the KLAUS tattooed on his arm. He finds that he must escape from the mechanical world he currently is stuck in. On the way another player character in the form of K1 a friendly brute damaged by prolonged imprisonment who is also on a journey. You could argue that Klaus is the brains of the outfit and K1 is the brawn. 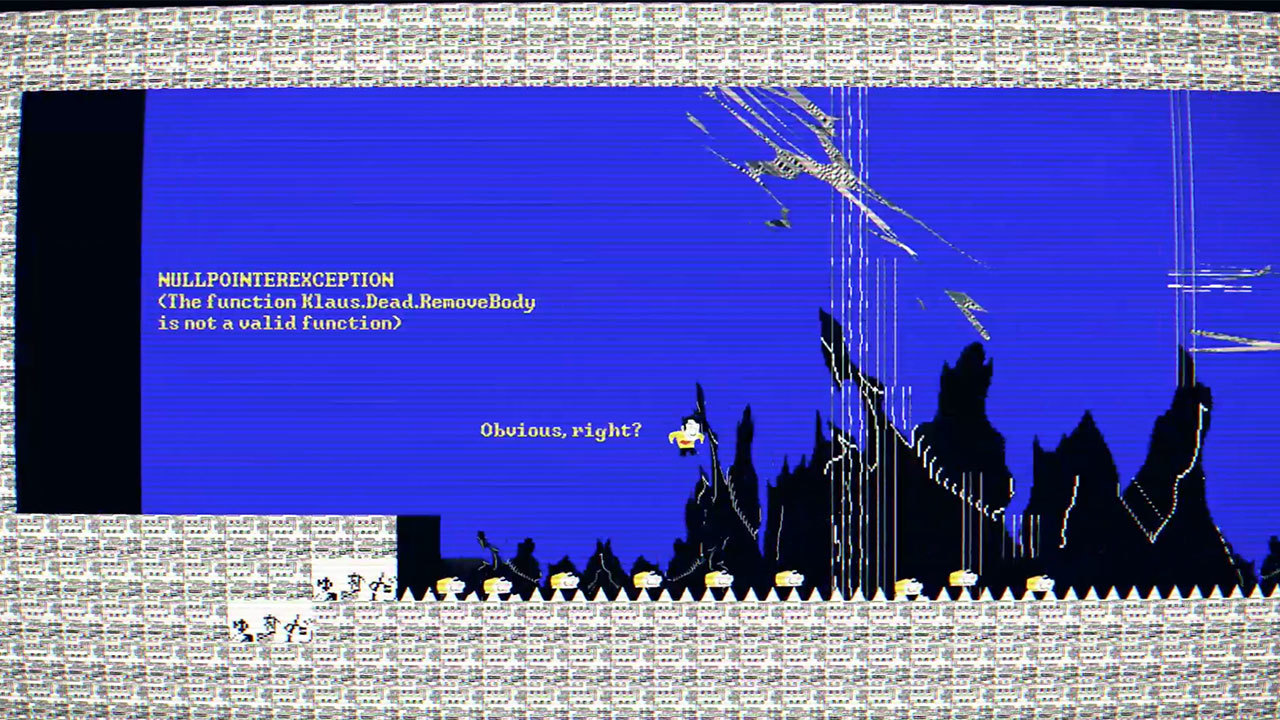 As you can tell from the screenshots the plot is unveiled via a series of sentences and words that appear across the backdrop as you progress through Klaus. There are clever instances of taking the control away from you, there’s a point where your character does the opposite to your input and in later on you don’t control him as he moves around but you do control the objects he has to use or bypass. Klaus makes innovate use of the touchpad as you use it to manipulate the various doors and moving panels. To begin with it’s quite difficult to get to grips with as you have to multitask controlling the components within a level whilst also moving your character to your desired target. The puzzles and platforming have been obviously implemented with a lot of thought and you luckily get the chance to enjoy it.

There’s 35 levels split over 6 main floors starting from the basement. Each floor his own indicative colour; for example the basement is red. The colour scheme helps integrate the issue that Klaus is not in a good place, the repetitiveness of the job is plain to see and replicated perfectly on-screen. There are bonus sections which delve into the story of Klaus in more detail. They tend to play differently to the level you just experienced requiring more strategy on your part to progress through. I think the most enjoyable level is the glitch world which plays is a completely abstract way, what you thought was good for you may no longer be the case whilst objects which hindered may actually be of some use or no use at all. 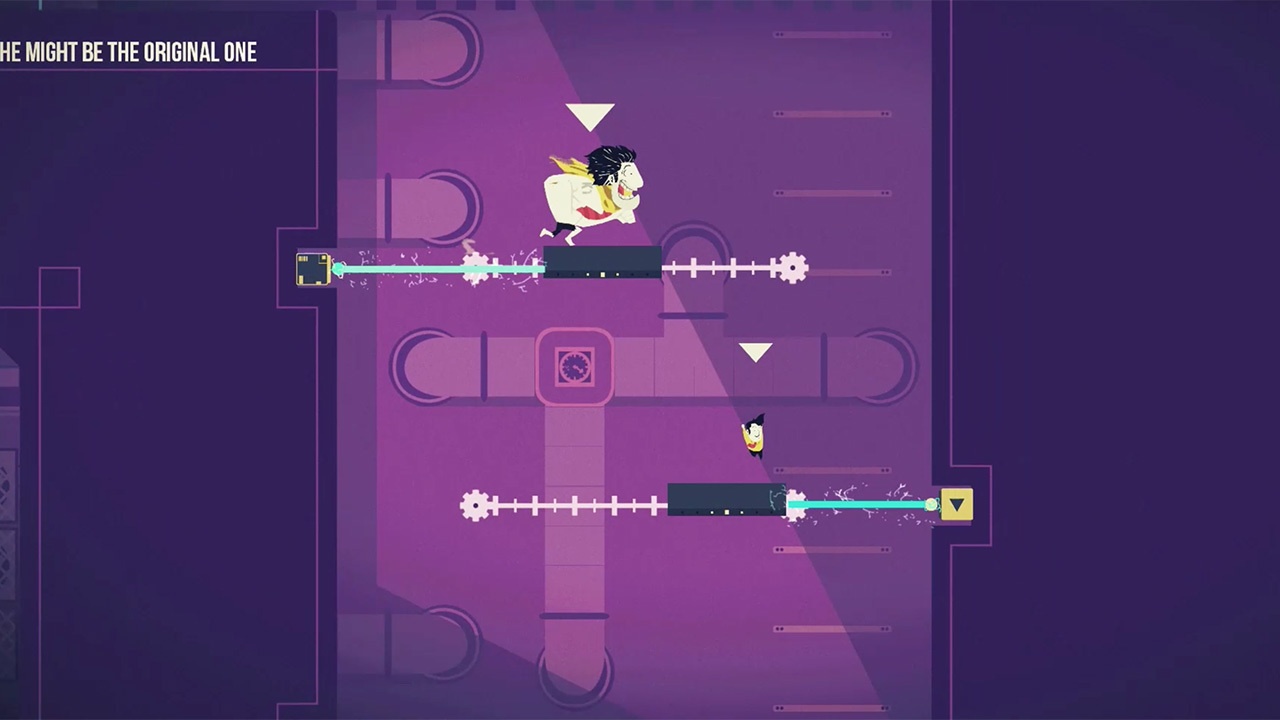 Klaus is meant to display that sense of mundaneness in an industrial world and maybe it does it too well to it’s own detriment. There are points where Klaus isn’t that enjoyable you just persevere to finish the level. At the beginning it seems Klaus is trying to hold your hand through the early sections which somewhat reduces the fun as you feel like you’re being held back. The puzzles range from easy to mildly challenging so if you like a challenge Klaus isn’t going to give you one but the puzzles themselves are well-engineered. The controls whilst engaging can be quite frustrating to get used to as you’re having to move your character as you play with one of the objects on-screen via the touchpad.

Klaus is a memorable platform game that combines a unique art style with interesting game mechanics, it’s just lacking abit of that soul which would make Klaus a more entertaining title to play. If you like your platformer games then Klaus is definitely worth a picking up to play, just be prepared for slightly less fun but quite interesting thought-provoking experience.