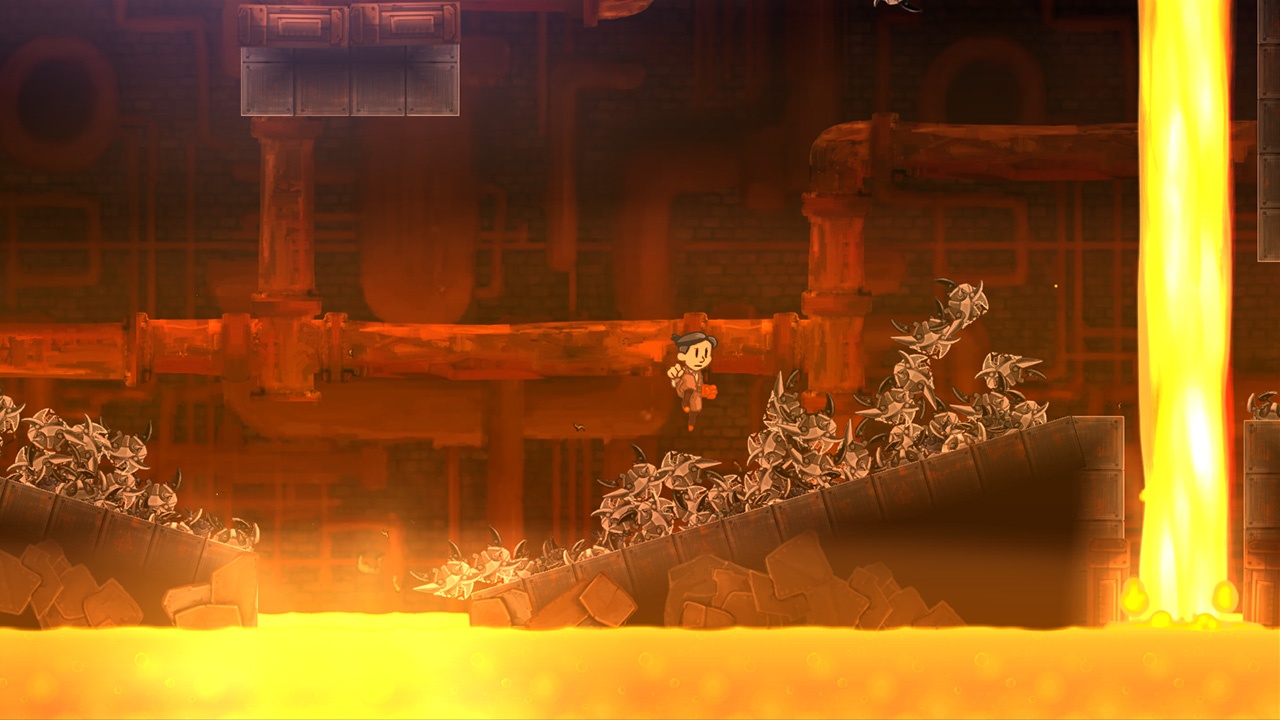 In a market filled to the brim with platform titles of all shapes and sizes, Teslagrad, produced by Rain Games, comes as a welcome breath of fresh air. Selling itself on its show stopping visuals and head scratching puzzles, this little gem of a game will keep you glued to your controller for a very long time.

The minute you load Teslagrad on your Xbox One you’ll immediately realise that this game is just a little bit different. Rather than weighing you down with reams of text or voice over dialogue, Rain Games have opted instead to tell Teslagrad’s story through its visuals.

The game starts off in a mythical land called Elektropia where a gentleman is seen dropping off a child at what we assume is an orphanage. Flash forward and the boy is now around ten years old. Some evil-looking soldiers come to pick him up and he makes a run for it. You are the boy and it’s your job to keep him safe, moving forward while unravelling the plot of Teslagrad.

From what we could make out, bearing in mind there’s no actual dialogue, the boy is a teslamancer and he’s caught up in the middle of a battle between telemancer’s and an evil king. Apparently there’s a prophecy that a young telemancer will arise who will rid the kingdom of its evil despot. No prizes for guessing who this chosen one is. 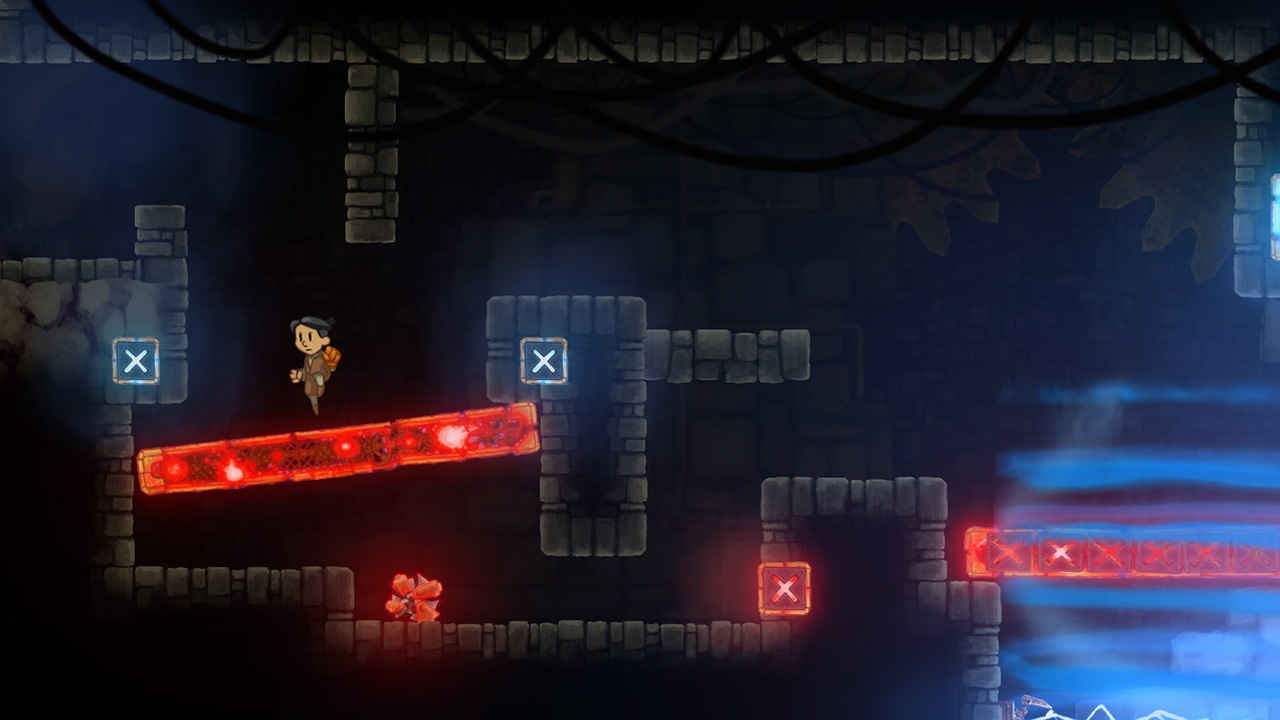 The majority of Teslagrad’s gameplay involves solving puzzles by manipulating objects through electricit . The puzzles usually involve using objects that you find throughout the levels, unlocking special abilities and combining button presses with split second timing. Overall we were very impressed by the games challenging learning curve; the puzzles were difficult enough to keep you coming back for another try but not so hard that you reach for a walkthrough.

Some of the five boss battles were, in fact, tougher than we expected. The first one against the giant trash compactor had us biting the bullet some twenty-six time before we beat it. That being said, the feeling of eventually coming out on top was exhilarating and hugely rewarding.

As we mentioned before Teslagrad’s 2D visuals are simply stunning. The hand drawn art style and its intricately realized steampunk environment work amazingly well. Together they immerse you in a dark mysterious world filled with hidden dangers and the ever-present threat of a quick demise if you miss-time a jump. During our play through we experience no frame rate drops and the game ran as smooth as silk on our Xbox One.

Teslagrad offers some ten to twelve hours of gameplay and you’re encouraged to take your time as you make your way across its many levels. The non-linear plot means you can often choose which way you go and you will often find yourself returning to a previously visited section because you have a new ability that will help you solve its puzzle. 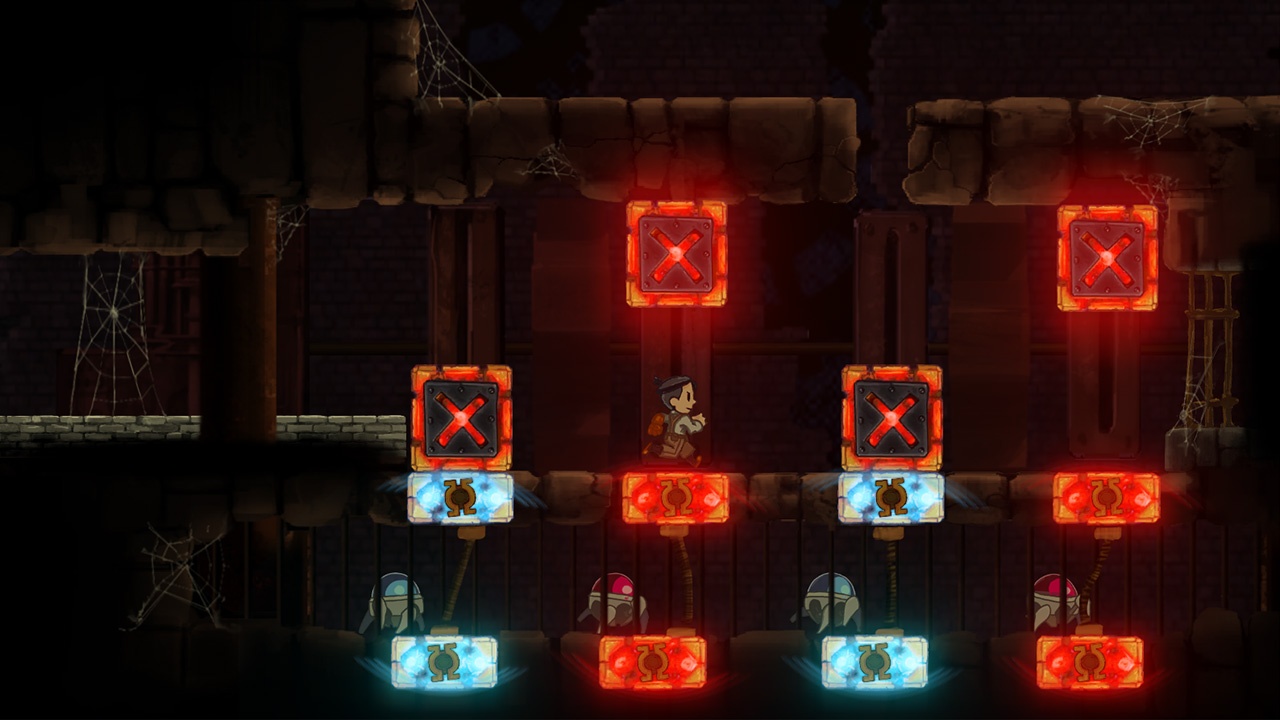 The puzzles themselves are varied enough so you’re constantly being forced to stop and think. Usually you’ll find an item that helps you make your way through. Other times, you’ll sit in front of the screen, scratching your head, biting your lip and cursing softly to yourself until a light suddenly comes on and you know you have the solution.

It’s this challenging and rewarding open world approach to platforming that makes Teslagrad such a treat to play. The game offers multiple endings depending on how you made your way across its levels. And for those that have truly mastered its many difficulties, there’s also a challenge mode with extra levels that will really test your mental agility.

Overall, Teslagrad is a remarkable achievement that will easily eat up your hours and days. As far as platformers go, you’ll be hard pushed to find one as challenging, rewarding and immersive as Rain Games’s offering. The lack of dialogue or voice overs may be an unusual choice which might initially jar with what we’ve come to expect from puzzle games. But when combined with great puzzles, jaw dropping visuals and a thought-provoking story line, it all just comes together marvelously. Highly recommended.