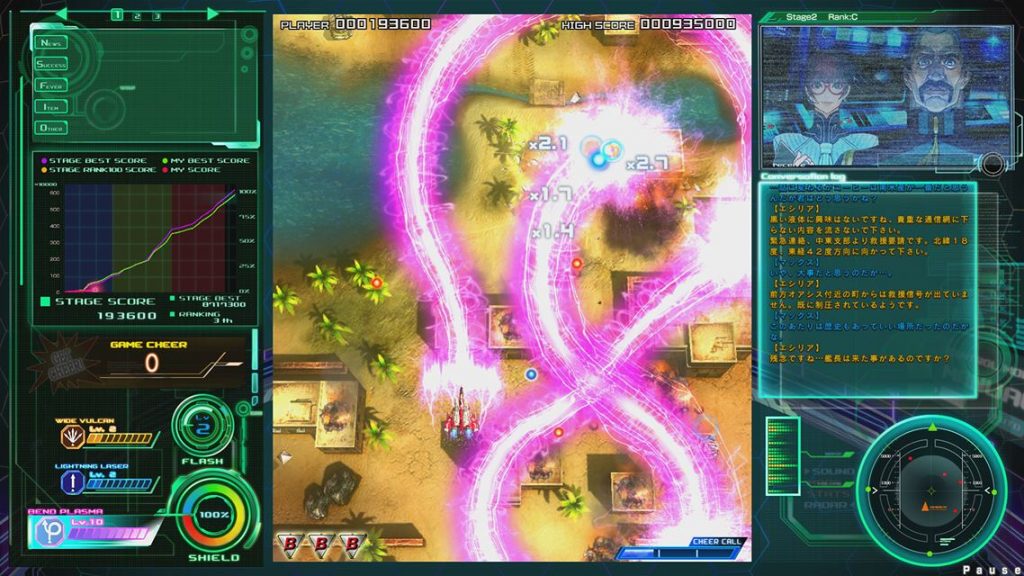 Enemies shoot at you. They actually shoot at you! That might sound relatively unexciting to anyone not versed in the way of the Japanese, shoot ‘em-up, but in an increasingly hardcore genre, finding something even remotely unique always feels like something of a mini triumph. In fairness, these more deliberate enemy attack patters have been a part of the Raiden series for years, but with the genre standard now falling in line with Cave’s bullet hell approach, it’s surprising how unique, Raiden’s faster pace and more streamlined enemy attacks actually feel.

Raiden V actually does very little new and is arguably a slightly weaker game than 2008’s, Raiden IV, but despite developer, MOSS failing to push the envelope with their latest release, it’s testament to the quality of the series that despite the lack of notable change, Raiden V still feels relatively fresh – and honestly, a big part of that really is the simple fact that enemies actually shoot at you.

It might be different for top-tier players, but bullet hell shooters naturally dictate your position on screen and actively encourage a cautious approach that will often see attack becoming a secondary concern with the emphasis primarily set upon dodging the waves of enemy bullets flying your way. Of course, defence plays its part here and you will naturally find yourself steering clear of enemy attacks as you progress, but in Raiden V, with fewer enemy projectiles on screen and the scoring system geared towards quick dispatch of enemy ships, those looking for anything approaching a decent score are going to have to go on the offensive. 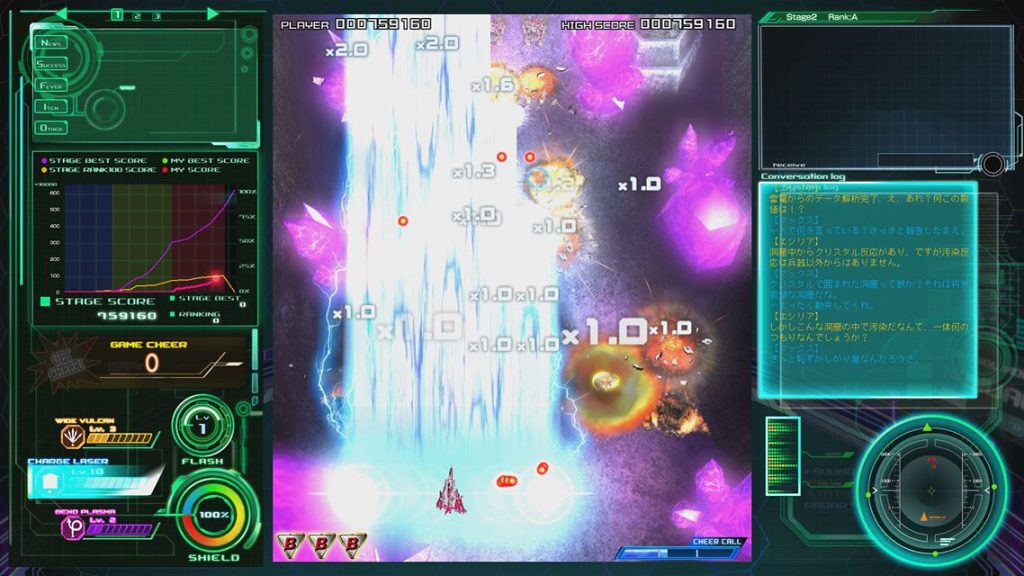 Beyond the need to simply dispatch enemies quickly, the combo meter is linked to how many enemies you can down before it resets. It’s a simple enough system, but again, it’s one that encourages you to go on the offensive and to take the fight to the enemy rather than simply dodging enemy attacks and passively keeping the attack button held down for the duration.

Yes, you will have the attack button held down for the duration while playing, Raiden V, but the use of weaponry here feels considerably more deliberate. That is down partly to Raiden’s memorable weapons system. By switching between the wide-shot cannon, the narrow laser and the somewhat infamous, ‘toothpaste laser’, these colour coded attack patters allow for an array of unique approaches to battle with each having their own pros and cons and all linked to the games’ token system that allows you to switch weapons or upgrade your current blaster of choice. The missile system also makes a return, but its implementation is relatively straightforward and is locked in at the start of each game – something that feels pointlessly restrictive. 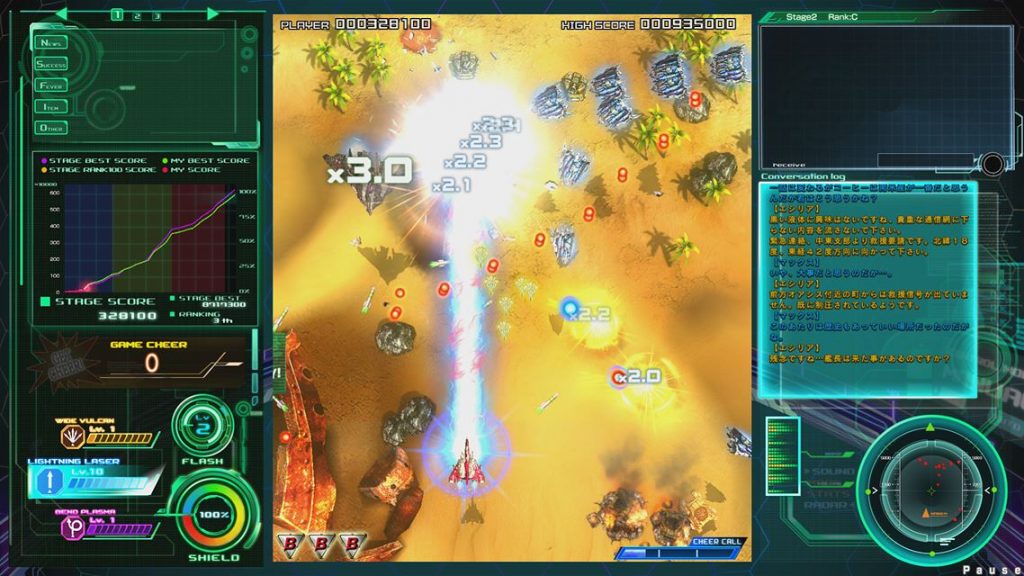 To put it bluntly – Raiden V is for fans of the series. There is nothing especially new here beyond the somewhat convoluted Cheers System that sees you build up a unique special attack bar as you play along with other players’ games online, but honestly, this odd and only partially successful system does not make up for the incomprehensible lack of traditional online or local co-op play (something that the series has always been somewhat famous for). This omission isn’t something that is likely to put all that many gamers off, but seeing that it was included in Raiden IV, it just feels like an unnecessary step backward for the series.

Despite its issues, its strange omissions and the unshakeable feeling that the series has failed to progress in any meaningful way since Raiden IV (originally released on Xbox 360 way back in 2008), Raiden V remains a superior vertical shooter, one with a unique feel, a spectacular aesthetic and a pleasingly aggressive combo and weapon system. The relatively high price point might make it a tough sell for newcomers, but for the converted (Raiden V is essentially all about preaching to the choir), this latest in a surprisingly long line of Xbox exclusive Japanese shoot ‘em-ups remains well worth the asking price.