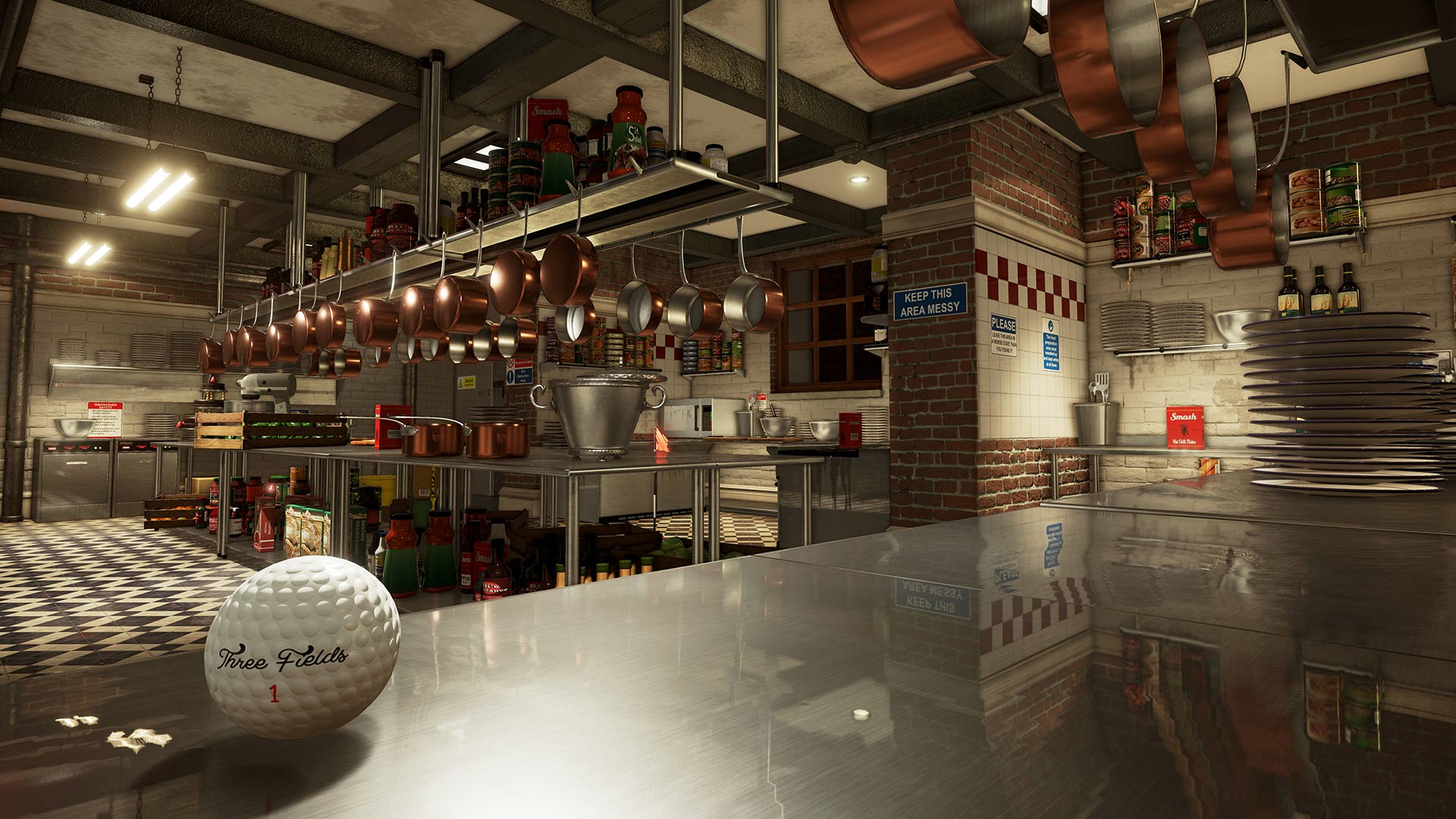 If there had ever been a video-game tie-in with Adam Sandler’s 1996 slapstick sports comedy, Dangerous Golf would probably have been it. Less concerned with the finesse and elegance of the sport, this game does for eighteen holes what Burnout did for street racing, by throwing the rule book from the golf cart and instead focusing on creating as much destruction as humanly possible.

Developed by ex-Criterion developers, Dangerous Golf takes the sport out of the perfectly trimmed tranquility of the fairways and plonks it into the least likeliest of locations. A hundred levels span French dining rooms, Australian petrol stations and American kitchens, all filled with objects that threaten to break and clatter at the faintest touch. The objective remains the same – to putt the ball into the designated hole, but where the most polished golfer would make that shot with style and grace, you’ll have to take on a much more rough and ready approach if you’re to win the hole.

This is a physics-based game that rewards havoc and chaos at every turn, much in the same vain as Angry Birds. Right from the tee-off, your small, pimpled white ball immediately transformers into a wrecking machine, smashing anything and everything that stands in its way. For every item you break, bounce off or bowl over, you’ll be awarded with points and if your ball can maintain its momentum, then you’ll receive a nice healthy high score once the dust settles. However, this is still a golf game and if you don’t make that elusive putt at the end of it, then you can wave bye-bye birdie to all those lovely points you’ve accumulated. 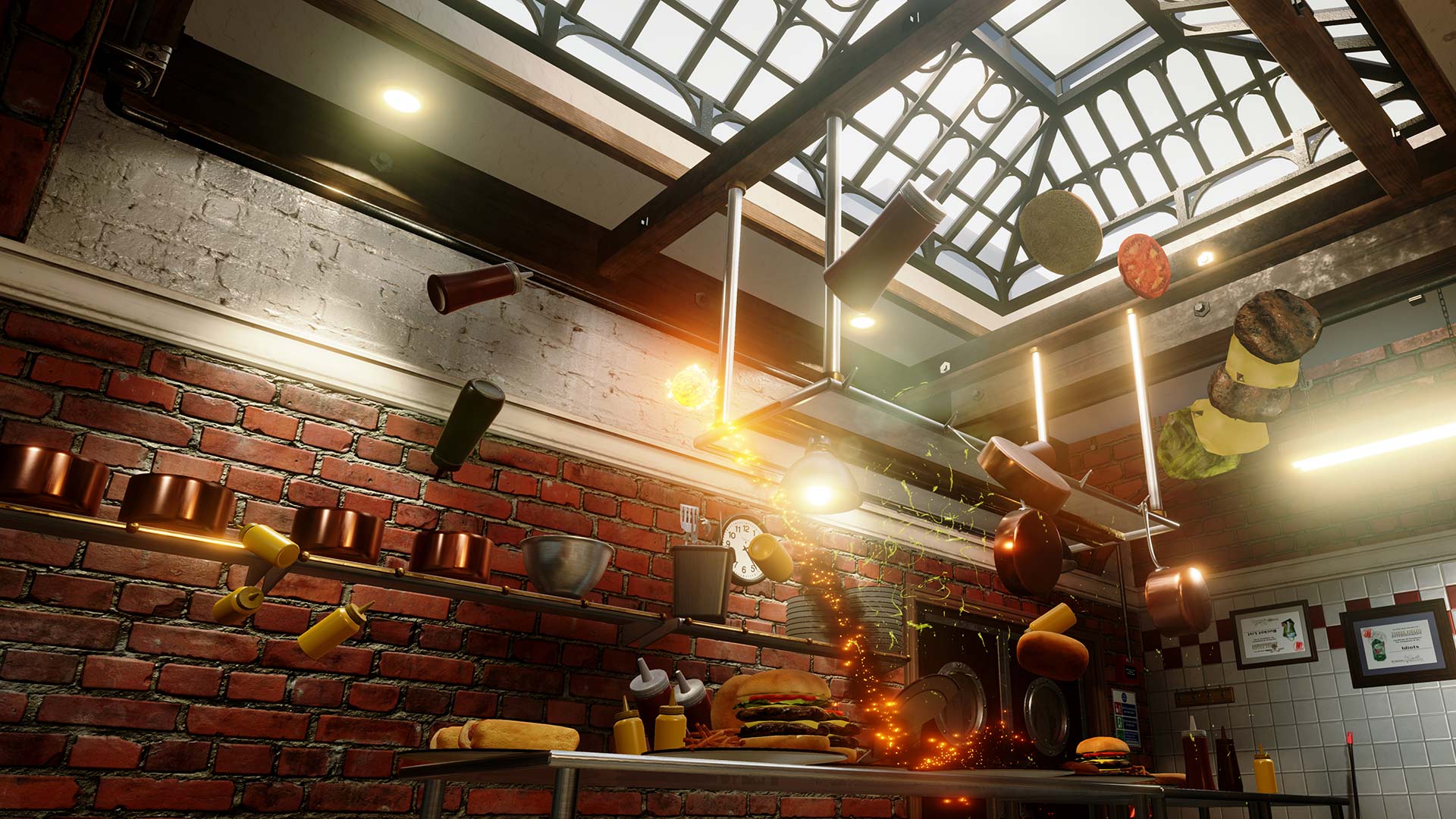 To be honest, putting isn’t all that difficult and the game doesn’t rely on swing-meters or timed touches in making its shots. Instead, the skill lies racking up as much damage as possible for gently guiding the ball to a place of rest that lines up with the hole’s flag. But with each level offering up a series of mission objectives, hidden treasures and bonus flags throughout, this can be more tricky than it sounds. After all, if you’re tasked with smashing a wine cellar dry, you can worry about breaking as many vintage bottles as possible all you like, but if the ball lands too far from the hole then making the putt is going to be an impossible task.

Thankfully, the game offers up an arsenal of power ups that can assist you on your path to become the world’s worst golfer. The most common of these is the smashbreaker, a powerful explosive boost that gives your ball some serious welly as it ricochets around the room like a small, white comet. When activated, you can also use the left analogue stick to gently nudge the ball in a chosen direction, which helps with meeting objectives and manoeuvring towards the hole.

Scores are converted into medals, which in turn unlock extra levels and allow you to progress further into the high-octane world of extreme golfing. However, the fun does not last and despite the game’s best efforts to spice things up with timed challenges and levels with untouchable hazards, the overall concept does begin to grow rather boring rather quickly. Destroying rooms of breakable objects never loses it’s fun, but the game can be just too unpredictable for it’s own good. A carefully placed shot can do more harm and good, while hitting and hoping can yield unexpected rewards to a point where you wonder where exactly the challenge lies.

As you survey the smash vases, spilled paint, broken pianos and burning petrol pumps that lie in the wake of your quick round of golf, you’ll soon realise that Dangerous Golf isn’t much of a looker. The levels may come across as quirky, but in reality they’re all rather repetitive and even a little on the dull side. Meanwhile the ball, often bouncing with a mind of its own, will tend to wedge itself in the irreversible trappings of the environment. There’s nothing more frustrating than gaining an impressive score, only for the ball to become lodged between a wall and a table just before you go to make the putt. 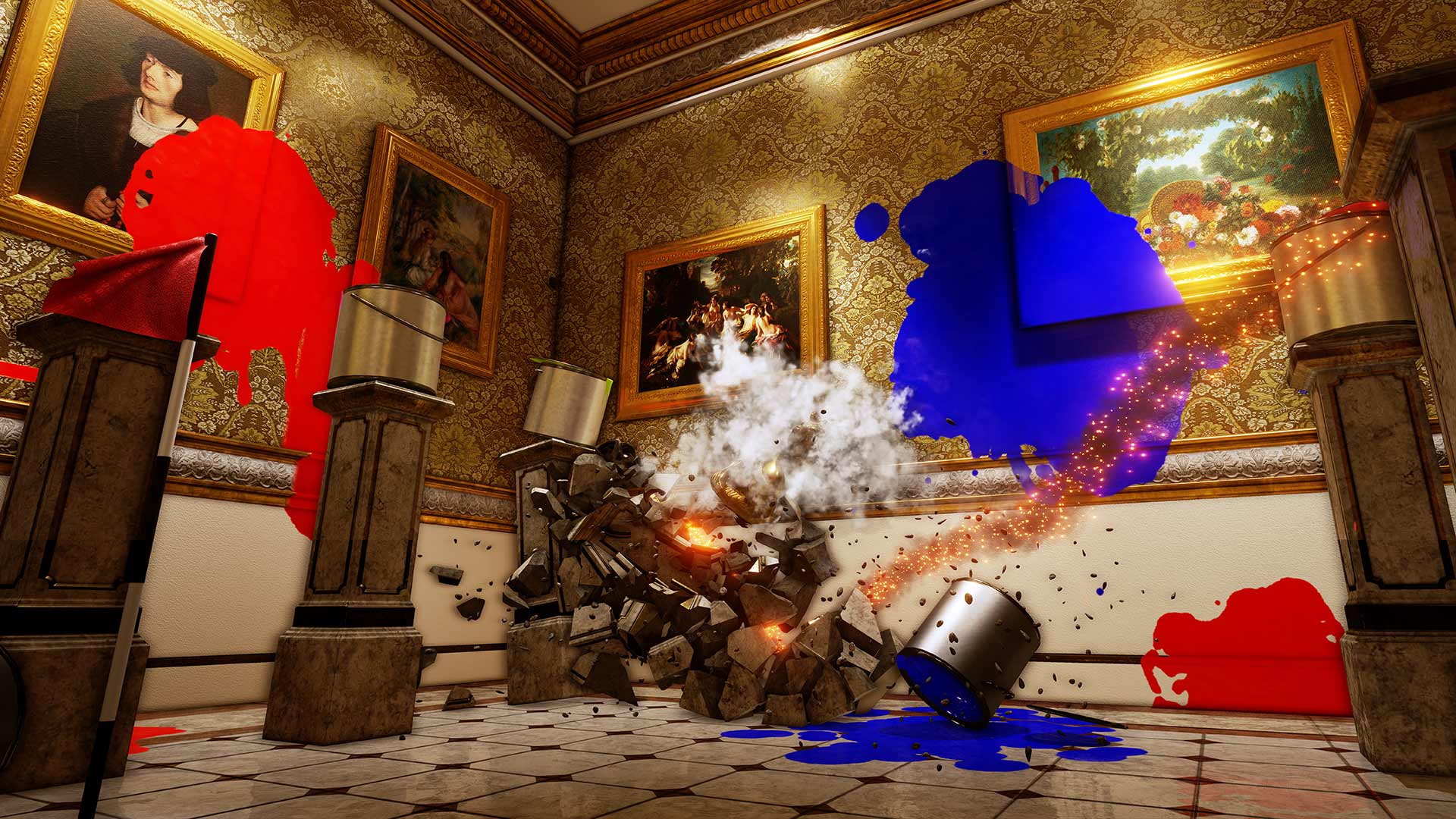 A sluggish and unresponsive camera doesn’t help matters either. Locked tightly behind the ball, any desperate attempt to follow the carnage can lead to seconds wasted as you desperately attempt to re-position. If the ball gets trapped, you’ll have little opportunity to try and chip it out, even with the help of power ups such as the laser sight. There’s little room to move the camera on the Y-Axis either, meaning that while you may fancy yourself as a bit of a Bubba Watson when it comes to your putting game, the camera has other ideas. It’s almost impossible to gauge and with putts having all the subtlety of a game of bowls, you’ll probably have more luck restarting the level altogether.

Where Dangerous Golf does excel, even in its limited capacity is with the pass-and-play multiplayer modes it offers. A couch co-op means that you and a friend can share in task of unlocking new levels, while a four-player competitive multiplayer mode brings the game back to its arcade roots, with the highest scorer declared the winner after eight holes. You can also take the game online and while it doesn’t offer much more than the local scenarios, there is potential to host your own mini Masters from the comfort of your sofa.

So forget about staying within par, going for birdies, lumbering caddies with heavy equipment, or even wearing silly attire on the fairways. Dangerous Golf is a physics-based smash-em-up with all the social graces of a bull in a china shop. And while that analogy may also extend itself to the glitchy mechanics and clunky presentation, there’s still plenty of fair-weather fun to be had with this unique take on what is normally a gentle and serene sport.