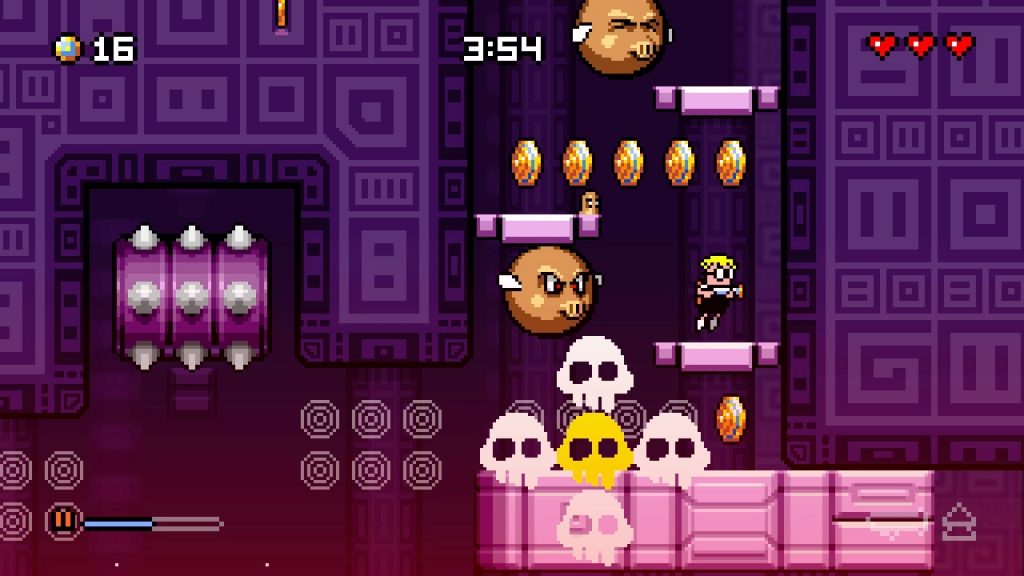 I absolutely adored, Renegade Kids’, Mutant Mudds when it was released back in 2012. With its cool, “12-bit” art style, fantastic use of 3D, brilliant chiptune soundtrack and its mechanically simplistic but hugely addictive gameplay, I wouldn’t be exaggerating to say that it was (and remains) one of my favourite games released for the Nintendo 3DS. The sequel though (ok, pseudo-sequel), well, hmmmmm, I’m still not 100% sure how I feel about it

Don’t get me wrong, it’s still a great game; it looks great, and despite its obvious lack of 3D (a bit of a bummer considering how great it was on 3DS), this remains an artistic triumph thanks to its more expansive worlds and fantastic enemy design. The mechanics are as great as ever, and as any fan of the original might expect, the soundtrack is exceptional. It’s hard though. Really, really hard.

I know. Man up, right. I should stop being a wuss and step up to the plate. I did. Loads. And you know what? I kept dying. I appreciate that this game is billed as an additional challenge for fans of the original, I mean, yeah, it’s right there in the name, ‘Super Challenge’, but there were points during the experience (one of which came in the very first level), when I had to ask myself whether I was enjoying playing the game. 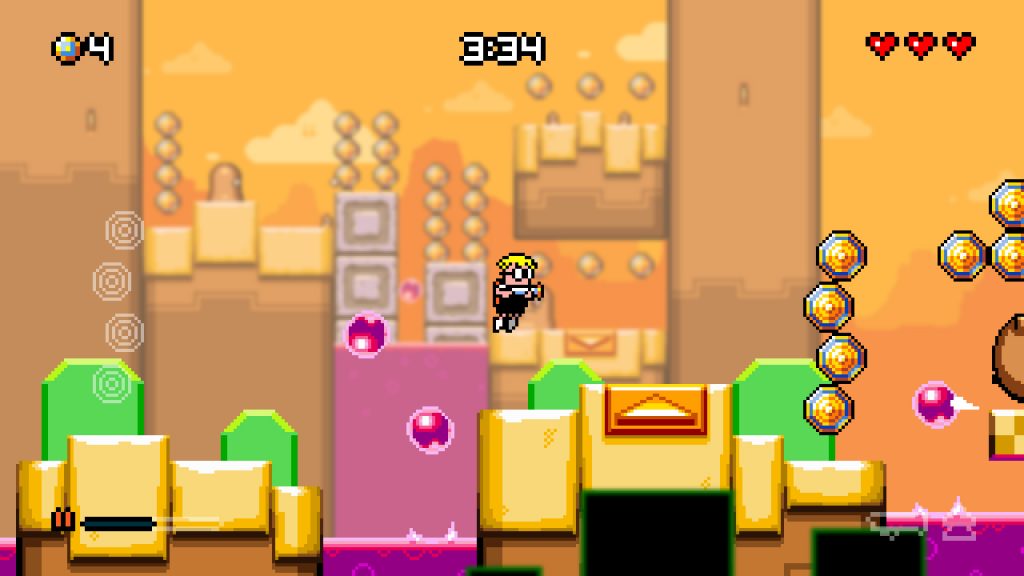 The original was challenging, but the difficulty curve was well judged with much of the difficulty was provided by the addictive nature of collecting all of each stages’ coins. Here though, just getting to the end of a single stage is a massive challenge unto itself with the additional task of collecting every coin tantamount to throwing salt into ones eyeballs.

In fairness though, the difficulty curve isn’t a harsh one because……there isn’t one. This game is nails from the word go and remains so right through to the end. There are a few difficulty spikes, but none feel out of place with the majority of stages capable of leaving you with a smashed-up controller and a genuinely terrified cat (ok, that might be specific to me). Some will love it of course, and why not. For those who love a genuinely gruelling, old school challenge, this is undoubtedly it. I feel that it’s borderline too hard at times, but again, many will feel quite the opposite. Perhaps it’s a lifestyle thing, but as an honest to God grown-up, I simply can’t afford to spend hours of my day repeating the same levels over and over again……..I’ve got stupid grown-up shit that needs doing.

That’s my problem though, and if you can get past/live with/enjoy the challenge, then this really is a great addition to the series. The gameplay has remained simplistic with controls limited to jumping, hovering, shooting and switching between the layers of each stage, but with each stage as carefully constructed as they are here, Mutant Mudds’ moment to moment gameplay remains as wonderful and brilliantly precise as ever. 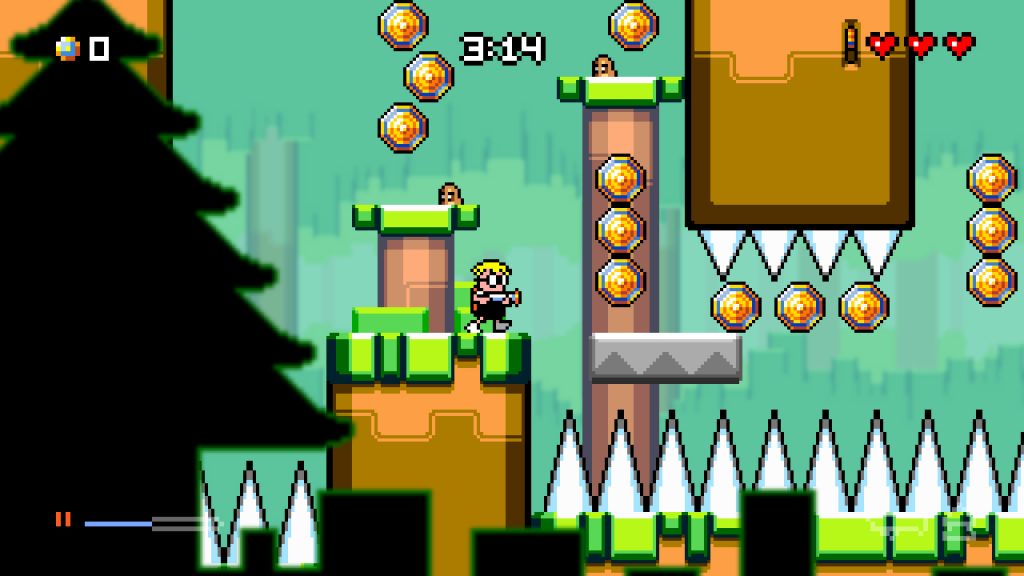 Yes, it does very little new, and there is no doubting its place as an expansion rather than a full blown sequel, but despite the high difficulty, this remains as perfectly and lovingly crafted as the original. It might be hard, but everything done here feels intentional with each death feeling excruciatingly avoidable. It can feel unfair as you die for the umpteenth time, but the fact is, when you die, you’ll know why you died and what you should have done to avoid it. This has none of those horrendously unfair, Dark Souls moments – each death is as clear as day, and while you’ll often see it coming, there is every chance that you’ll be powerless to avoid it.

While much of Super Challenge feels liked a ramped up rehash of what has come before, the five imaginative boss battles do at least provide something undeniably unique. Just getting to them is absolute murder mind; you need 100% completion on every standard and secret stage in a zone just to have a pop. Once their though, it’s usually worth the effort. Not all of the boss battles are created equal, but the majority are brilliant, offering up a challenge quite unlike anything else in the game.

With 40 stages, a great selection of boss battles and all the challenge that a hardcore fan of the series could hope for, Mutant Mudds Super Challenge certainly delivers on its promise of, well, a super challenge. It might prove a tad too infuriating for many gamers, and some of the design choices can feel unnecessarily harsh, but at its heart, this remains yet another beautifully constructed and immensely playable action platformer from the Texas-based, Renegade Kids. It could have used with a bit more in the way of original content, but as a kind of, ‘Lost Levels’ companion to the original, Mutant Mudds Super Challenge achieves exactly what it set out to do.