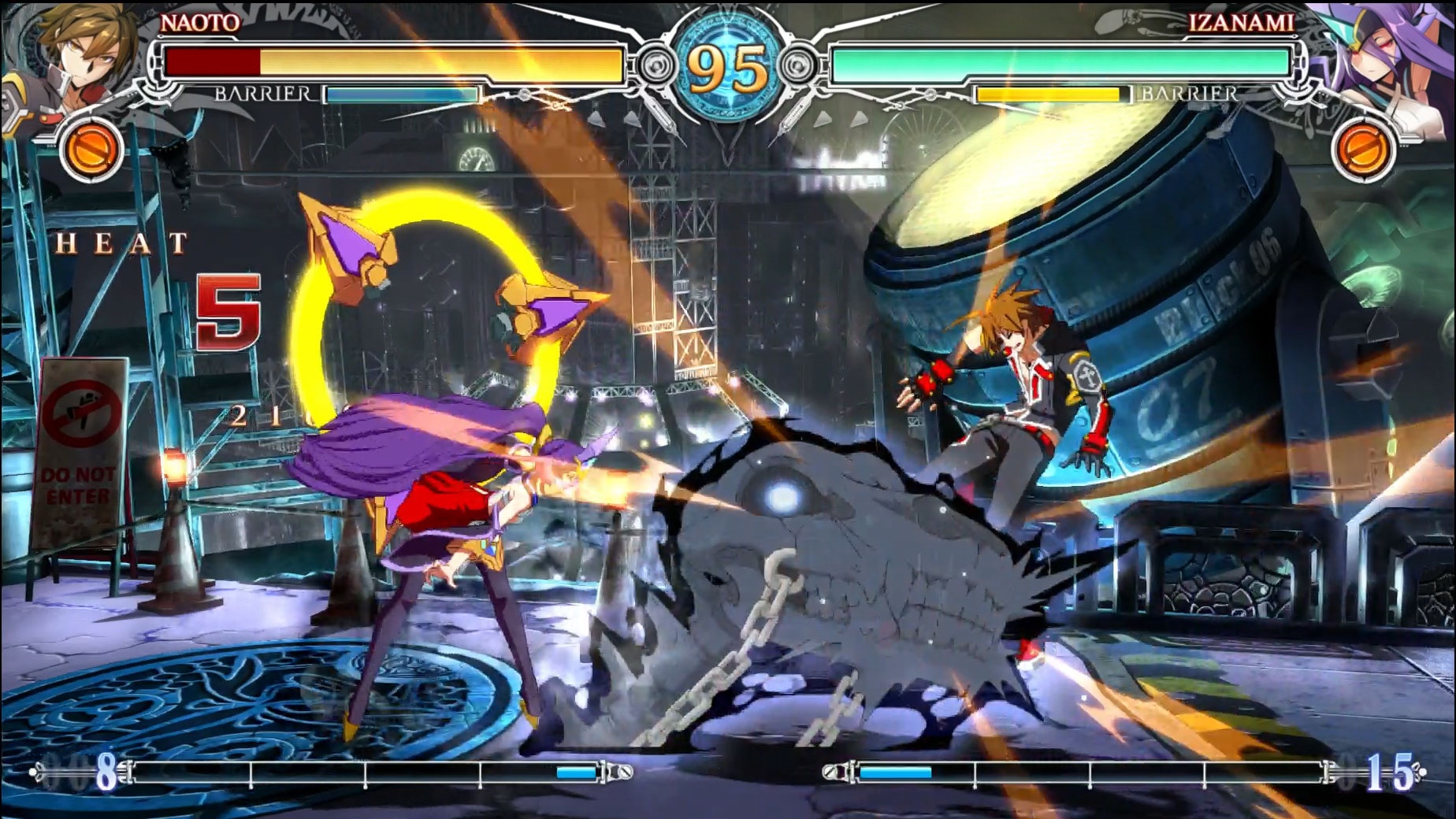 Is this the end for Arc System Works’ seminal, BlazBlue series? Probably not, but if nothing else, it’s certainly the end of the long-running Azure Saga that began way back in 2008 with the brilliant, Calamity Trigger. The fourth full game in the series, BlazBlue: Central Fiction delivers a fitting send off for a collection of games that, while never quite matching the popularity of Street Fighter or Mortal Kombat, could now be said to be the premier 2D fighter series on the market. Fans of Street Fighter and the recently reinvigorated King of Fighters franchise might argue to the contrary, but in terms of balanced, refined and almost endlessly deep gameplay, BlazBlue now feels like the series to beat.

Still, as great as it might be, the fact is, BlazBlue has never caught on in the same way as its more illustrious peers, and despite the undoubted overall quality, remains something of a hardcore curio as far as the mainstream is concerned. A big reason for this is its almost complete lack of compromise. Yes, like every game, there are options available such as the “Easy Automatic” setting for casual players that simplify the mechanics and controls, but this feels more like a token gesture, and while other fighters can be largely understood at a glance, you only need to take one look at the latest BlazBlue to know that you’re in hardcore territory. 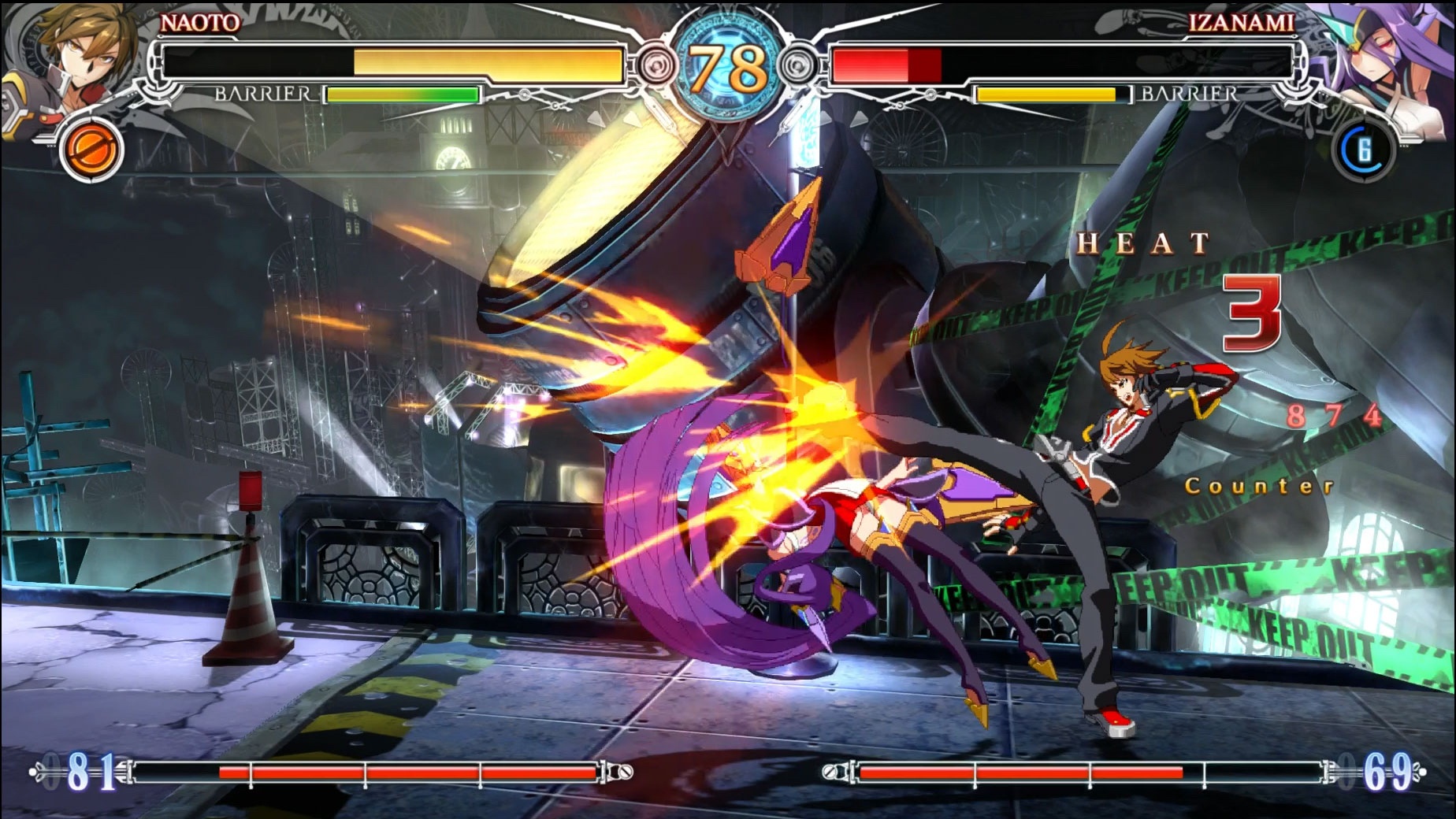 With its array of systems and outrageously busy (if admittedly gorgeous) aesthetic, BlazBlue remains a resolutely hardcore and unabashedly bonkers 2D fighter. Central Fiction is, above all else, a game made for the fans, and if you happen to be a fan of Arc Work System’s fantastically technical fighter, you’re likely to be very happy with the latest release in the series. With all 28 characters from its predecessor, BlazBlue: Chrono Phantasma Extend returning alongside 7 all new characters (one of which is unlocked with two being DLC), Central Fiction’s incredibly eclectic cast rises to a total of 35, and with the vast majority of fighters feeling both unique and expertly balanced, this is the kind of game that can eat away hours upon hours of your time with ease.

As impressive as the roster might be though, and as carefully crafted as the new systems are, it’s arguably the games’ huge Story Mode that will prove its most compelling selling point. Other fighters have story modes of course, but few, if any, have anything that comes close to matching the sprawling narrative and overall polish of Central Fiction’s exceptional and surprisingly complex Story Mode. Beyond the huge amount of content, this really is delivered like a fully-fledged anime with interactive intermissions in which you get to actively take part in the battles built toward in the narrative.

After the disappointment of Street Fighter V, Arc System Works have clearly doubled down on creating an effective and genre-leading single player experience, something that I think they have actually managed to pull off. Those new to the series will inevitably struggle with many aspects of the narrative, but with an exhaustive dictionary available for newcomers (and those looking to brush up on their knowledge), the information is available for those willing to seek it out. As always though, it’s the fans that will benefit the most with the Story Mode doing a great job of closing off the narrative started in Calamity Trigger. Some will bemoan the lack of English voice work, but this is the only negative (if you could call it that), for what is an otherwise engrossing, well-told and typically dramatic narrative.

Of course, as good as the story might be, as always, a fighting game ultimately lives and dies by the quality of its mechanics and core systems, and in case you haven’t already guessed, Central Fiction’s are both exemplary. While immediately familiar to fans of the series thanks to the central premise of its 3-button system and the accompanying depth provided by the ‘Drive’ system, Central Fiction refines an already incredibly impressive fighting system while adding a collection of relatively minor but almost exclusively successful additions. One of the most impactful is the Active Flow system which discourages players from being overtly defensive while also delivering additional benefits to more aggressive fighters thanks to an all new Exceed Accel move that is even more powerful if your character is in Active Flow. This, along with a host of other minor amendments, might not change the fundamental mechanics that drive the experience, but they do push the player towards a more aggressive style while layering on additional tactical depth for long-standing, top-tier players.

With an array of enjoyable and additive challenge modes, a solid, if somewhat unforgiving online mode that includes 32-player lobbies and a myriad of new characters to master, Central Fiction is nothing if not content rich. The brilliant Story Mode is undoubtedly the star of the show, and as always, the combination of exemplary 2D character sprites and beautifully detailed 3D backgrounds look absolutely stunning, but whether you are new to the series or a BlazBlue veteran, there is a huge amount to like about this exceptional 2D fighter. It might be tough going for newcomers, and there is no getting around its hardcore exterior, but if you’re willing to make the effort, Central Fiction will repay that effort handsomely. Arc System Works’ latest is unlikely to change the perception of the series or move it any closer to the mainstream success it so thoroughly deserves, but as a continuation of a brilliant series and a fantastic finale to a long-running narrative, BlazBlue: Central Fiction has to go down as an unequivocal success.