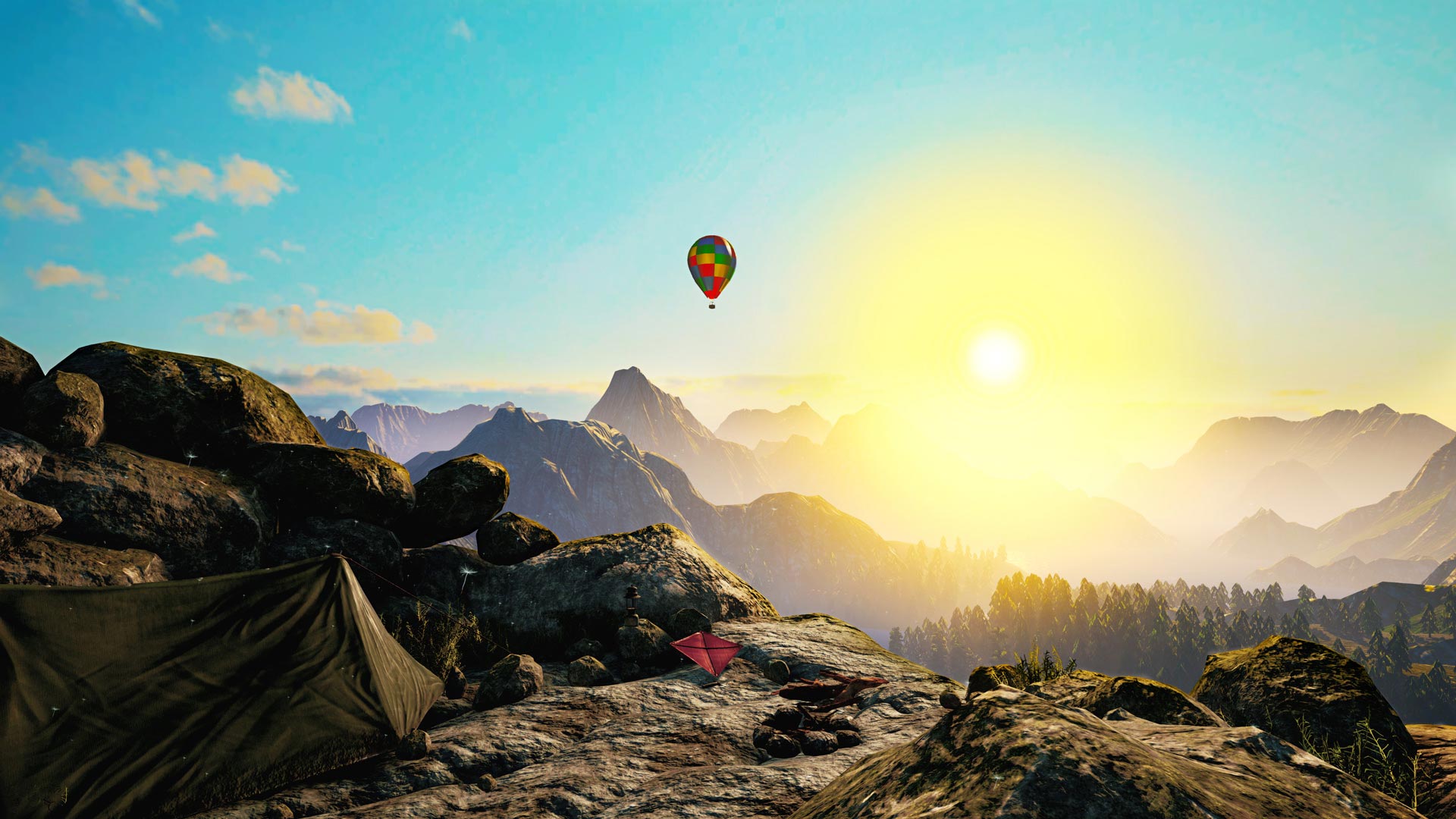 Since the release of PSVR developers have been trying their best to show off the new technology but unfortunately this had been limited to certain genres.

They have tried scaring us in various guises, being strapped to a chair in a dilapidated kitchen and stabbed to death, walking the London underground uncomfortable followed by pig masked freaks or thrilling us with close encounters involving sharks and dinosaurs, but one thing has been missing, that app or game that VR was initially invented for, something to take you from your sofa and the mundane day-to-day and whisked you to beautiful real life environments to help re-energise your tired mind, luckily nDreams have created just that and to be honest it isn’t bad at all.

Firstly, and unfortunately there are currently only three environments to visit and relax in, but you do have the choice of day or night which have small variations on the basic interactions offered throughout the experience such as lighting a fire, throwing stones/snowballs or tuning a radio, but this game is really about the views and the three available at launch are a mountain environment an exotic beach or a winter wilderness.

The mountain environment has you camping on top of a Ridge, chilling on the deck of a cabin or sitting on a jetty all surrounded by a stunning lake and beautiful 360 mountains, obviously. The beach offers a desert island with swaying palm trees, bobbing boats and brief glimpses of various beach wildlife, another jetty and a small off shore island. The 3rd and last environment is the winter wilderness which has a frozen stream, snow-capped tree’s and mountains with the added extra stunning experience of the northern lights. 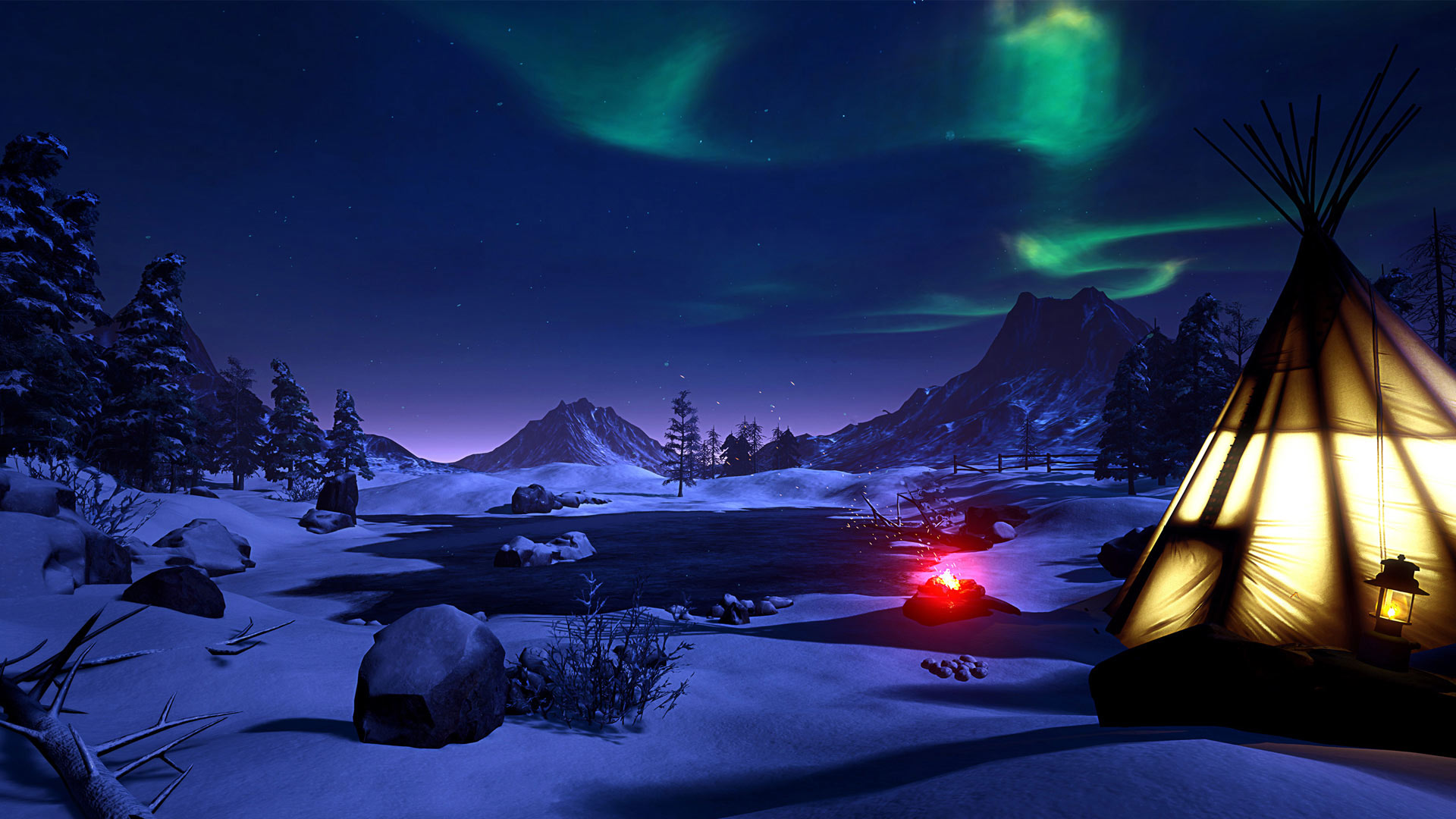 They all have three viewpoints to visit which are unfortunately and crudely highlighted by a great sky bound beam of red which in all honesty ruins the experience a little, these offer you the environments from different visual aspects and lets you interact with the specific items as stated previous, also each individual scene has what the developer calls “special events” to spot, so far I have only spotted the ones in the mountain environment which I won’t spoil for you here.

Graphically the environments are very well presented but the original PS4 has a lower frame rate which can decline the image a little on VR especially when moving abruptly, however running on the new PS4 Pro the images are definitely a lot clearer and smother but do still lack that real eye-catching realism, but I feel this is due to the limitations of PSVR not the game engine.

Once you have had the VR headset on for a while and with the added help of stunning sound effects including howling wolves, cracking fires and whipping winds you do gradually adapt and start to relax and enjoy your surroundings, you can also choose to tune in a pre-selected instrumental soundtrack on the games radio’s or if you have a Spotify account you can opt to listen to your own downloaded songs.

Perfect does give you a little out-of-body experience while sitting on your sofa, the tranquil surroundings and soft soundtrack really do help to convince your mind your there but every now and again some minor graphical issue or motion problem pulls you back into real life, but again I personally feel this is due to the PSVR limitations and intermittent camera tracking that’s frequently becoming an annoying issue with Sony’s little toy. 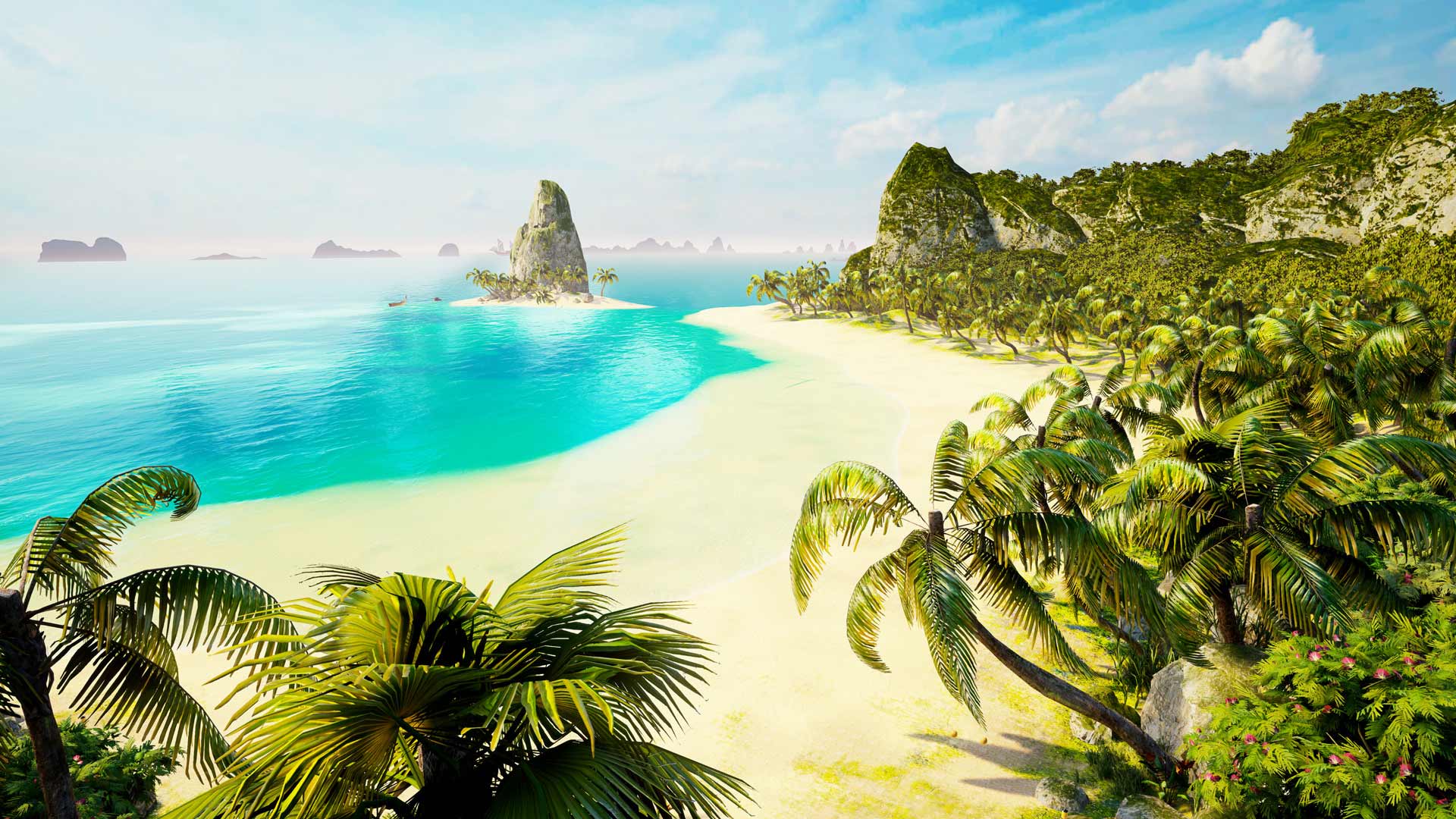 Ndreams are also spending time trolling through the internet and taking note from the online community who have highlighted some minor bugs and issues with the game (that aren’t PSVR related) and implemented some software patches and improvements since release, the online community have also requested/recommended new locations and I am definitely hoping Ndreams have more environment’s in the works but don’t plan to charge the earth for them.

With this and The Assembly (recently reviewed by myself giving it a half decent but disappointing 5/10) under their belt developers Ndreams are certainly honing and improving their craft and are looking like becoming a very promising creator for future PSVR releases.

Overall the whole package is well worth the £7.99 boarding pass price and will give you exactly what it advertises to do…. “escapism at its purist” albeit only for a short while. Perfect in my opinion is another “VR experience” and not a fully-fledged VR game but shows glimpses of what Ndreams could be capable of in the future, which is why I have decided to score it as an experience and not as a game. Good effort Ndreams