The worst thing a game can do to a player is not making him frustrated, but bored. If a game makes a player angry, they will stop playing it, most likely for a few days, before trying to do it again. A gamer will come back eventually. However, when a player is bored with a game, they will never think twice about playing it again. Developed by Pixel Night, and published by Iceberg Interactive, Empathy: Path of Whispers, is a game that is so uninteresting that I found myself eventually not even being able to complete the game due to a lack of interest.

The story is perhaps the most integral part of the game, but it’s a story that lacks any interesting drive, mystery, or development. The game takes place is some near apocalyptic state, or at least that’s what I can tell from a very rushed and uninformed opening sequence. Your role is a child guided by a mysterious man into finding out what made the world so messed up. To do this, you are transported into a dream like world filled with the memories of a city once built for industry and science, but eventually fallen into madness.

It is here that the chain of events that ruined everything started and it’s up to you to figure it out. This is done by finding certain memories, and triggering them so you can move on to each area find the answer. While it may sound interesting at first, the main quest is heavily sideswiped by the thoughts and actions of various side characters.  Some we only hear a few times and never hearing them again but none of them are interesting. Sometimes they give key information about the plot, other times it’s just about the state of things. There is a key problem with this method: this is telling, not showing. Bioshock shows the story of Rapture, and its collapse, not just by the audio diaries, but by the grand artwork and utter ruins of the city. The city in Empathy doesn’t have that because what we’re seeing isn’t the real city at all; just floating parts of it inside a mindscape that doesn’t change nor looks destroyed. There are no bodies, no signs of destruction, or looks of decay. The world is pretty much a standard case of “everybody disappeared into thin air”. We’re told what happened, but we don’t see how it happened. We’re not shown images, or ghosts, or animation, or even a flashback or two. The only exception is when we play as a past character for brief moments, but those are few and far in-between. The story doesn’t hook anybody because all it does is drag on without anything happening to keep up interest. 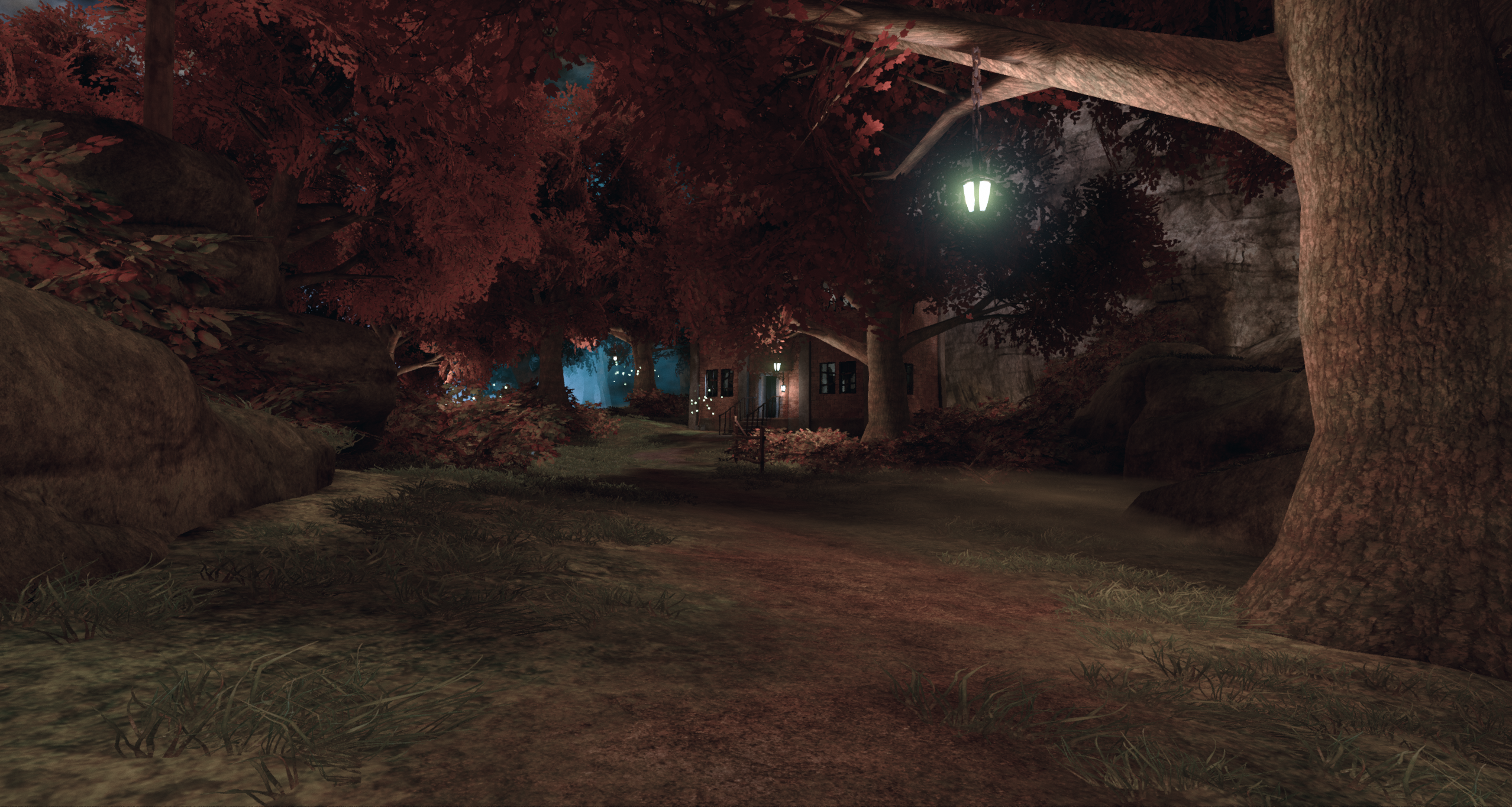 Art wise, the game is good, and it’s perhaps the one aspect of the game I like. There is something to be said about the game’s jumbled up design of floating islands that serve as different parts of the city. It feels very otherworldly, especially the outside of Atlas Park which has a giant statue of the said titan holding the park. You can tell the designs and modeling of the game were given real focus into making it look very industrial and detailed. Objects are well crafted, and the small animations we get from the environment, such as fire flies, do well to capture a chilling and mysterious atmosphere.

The music has a series of tracks that help bring that chill. When I played the park level, the music started making me feel like I was being watched and I kept waiting for a monster to chase after me.  I was waiting for that Amnesia-like feel of danger and horror (Sadly, this didn’t happen). However, when it became apparent that there was no actual “danger” (Except falling, but you just get teleported back to where you fell) the story got boring.  I felt the music affected me less and less. One thing that did stay constantly disappointing was the voice acting. It ranges from somewhat average to very bad, with the actors displaying very little emotion except for a few instances. The dialog is also very weak and cringe worthy, either trying too hard to sound poetic and mysterious or not trying enough by acting very dull at various times. It’s like hearing a series of monotones going on about their lives, but there is no emotion behind the speech that it feels dull. Since the game focuses on voice acting to be the key teller of the story this only hurts the game more. 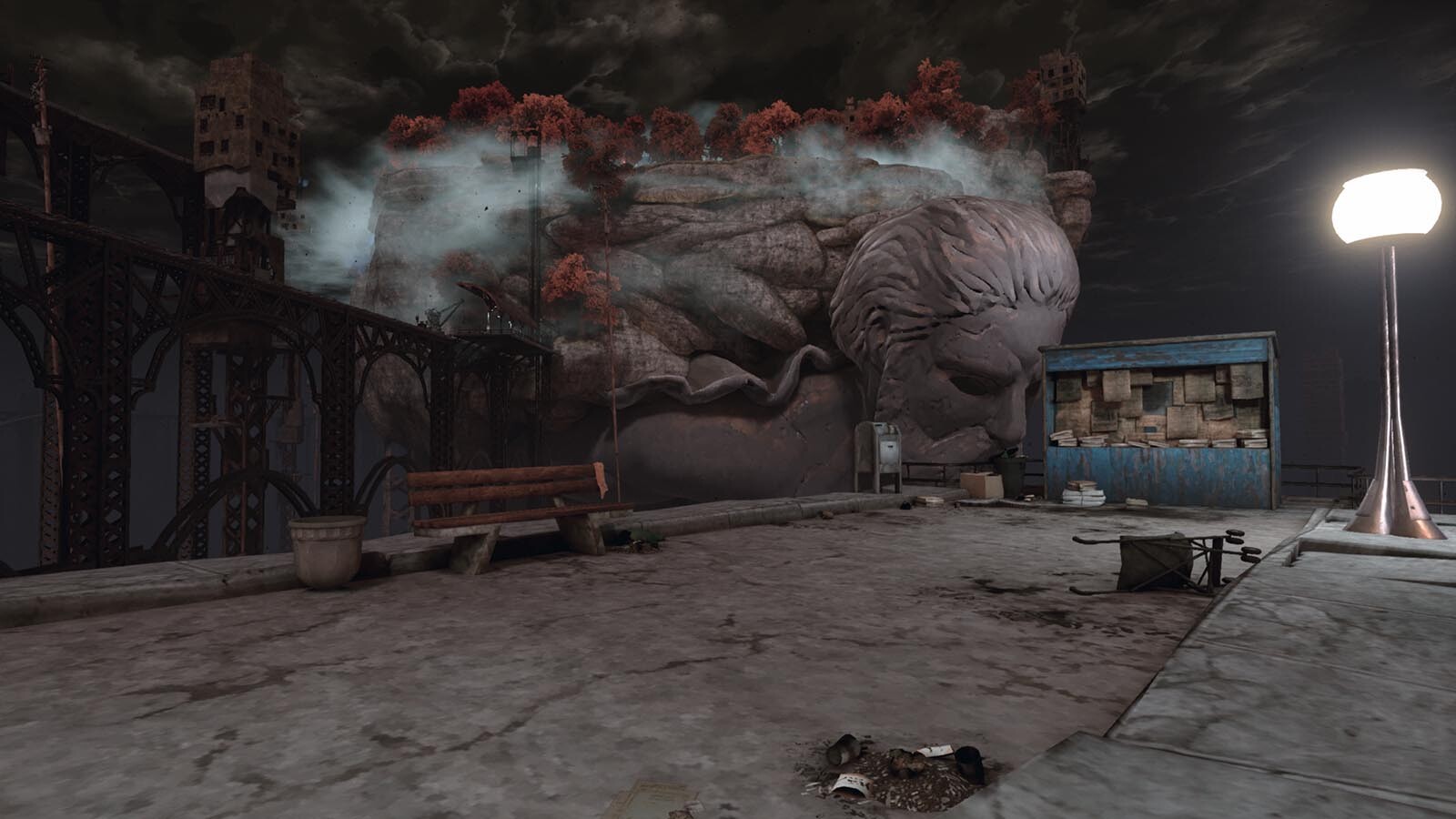 Perhaps the biggest sin that the game has is the gameplay. It reminded me of Dear Esther, only Empathy gives you puzzles and tasks to do instead of just wandering around while listening to a voice. Most of the time, you are trying to find and listen to memories of various characters located by finding objects that are distorting inside reality. Using a device called the E-15P, you find the right frequencies to unlock the memory and hear the thoughts of that memory’s holder. You need to find all of them in each location to not only figure out the main mystery, but find a way to unlock what’s blocking you from continuing the game. This includes a lot of backtracking, and I mean a lot of it. You’ll spend a full half an hour just trying to find the memories you missed while trying to gather the items you need to continue forward. The E-15P has a radar system, but it’s not that very useful most of the time. Without an interesting story, any sort of danger to keep you tense, you find yourself just doing a simple adventure quest.  (No character interaction, no other forms of gameplay, and no real risks). The lack of a good gameplay experience makes the game boring and I found myself dozing off somewhere in the train station before I finally stopped playing.

I have no doubt that the makers of the game were trying to combine a few interesting aspects from other games and make their own unique twist to it. Bioshock’s story of a grand industrial city fallen from chaos and Dear Esther’s style of storytelling of past events with voice narrative are two that come to mind. Yet, the game fails in doing the most important thing and that’s keeping me engaged in the story and wanting to continue it. This is due to poor narrative design and limited gameplay which makes me give Empathy: Path of Whispers a 3 out of 10.