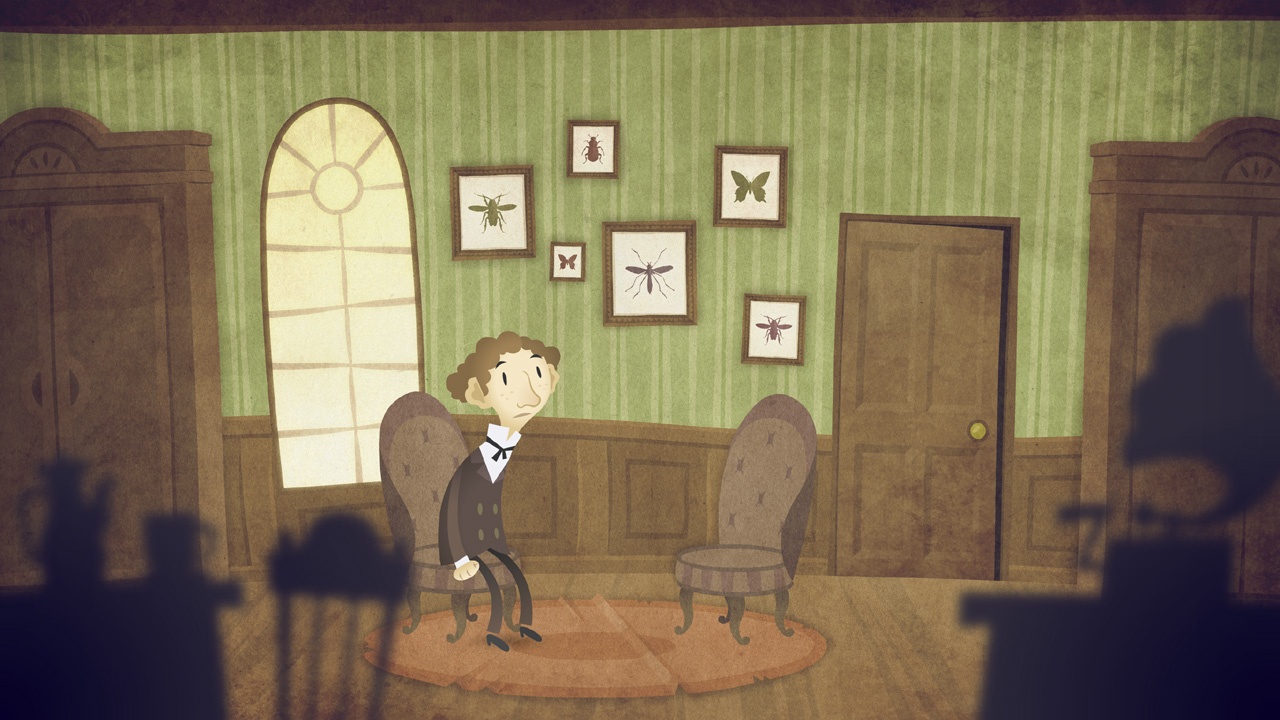 The Point-&-Click genre is known for its liberal blending of Adventure themes and challenging puzzles. Often, those “puzzles” consist of figuring out where to use certain items, how to combine objects in your inventory, and deciphering dialog options or characters’ needs. The Franz Kafka Videogame sets itself apart by eschewing a lot of the usual Point-&-Click tropes in favor of a vast assortment of satisfying puzzles. Flagged on Steam as a Noir, 2D Puzzle Adventure title, perhaps Franz shouldn’t be labeled as a Point-&-Click at all, though it shares many similar themes with other successful titles in the genre.

Based on the musing of writer Franz Kafka, the historical figure, The Franz Kafka Videogame is an eccentric, chaotic peek into the life and mind of a psychologist circa 1920s. Our protagonist is referred to only as “K.,” whose quest for new employment takes him on a journey into the absurd and surprising. With pieces of intriguing — if dated — psychological theories, this title invites players to explore the complex mental workings of not only K. himself but also his patients and other characters he meets along the way. He is joined by his canine companion, a clever and composed fellow I lovingly nicknamed “Railroad” for the duration of my play-through. Imagine my joy when, just a few challenges into the game, I was met with a train and railroad-themed puzzle. 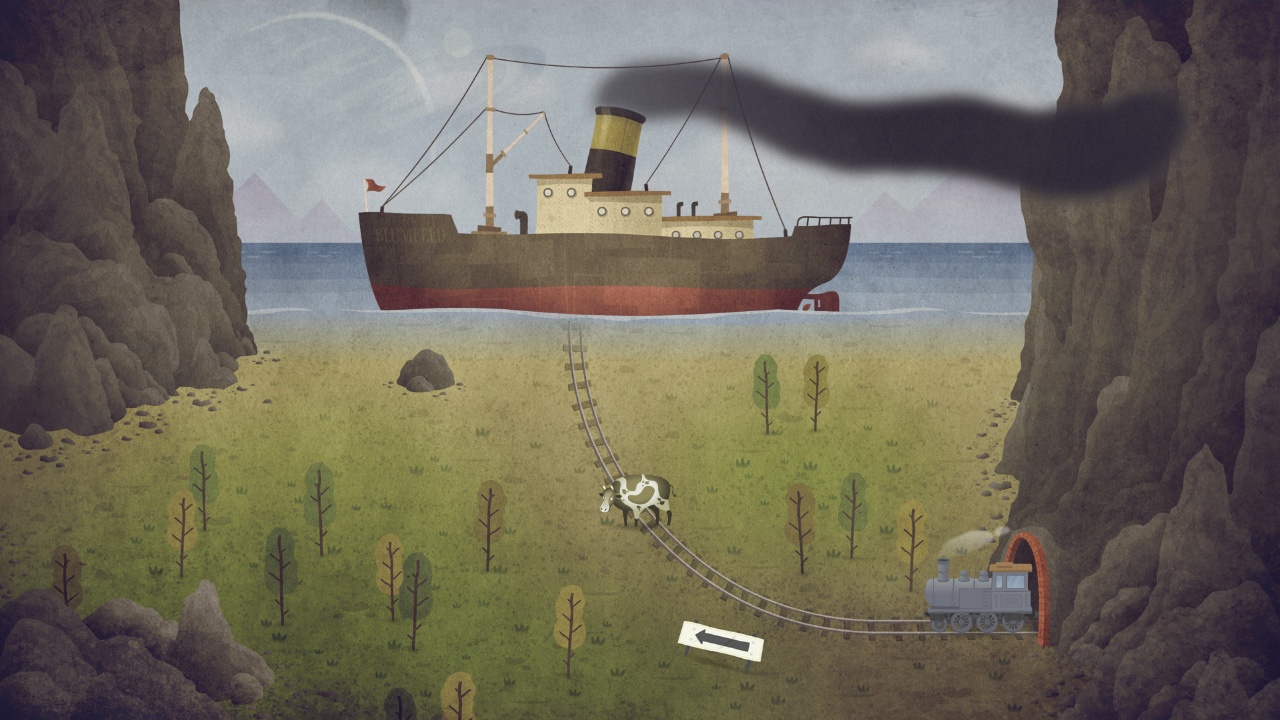 Without a doubt, this title excels in the puzzle department. I was shocked at the variety displayed within even the first hour of play time. Challenges involving words, railroad switches, alphabetical conversions to numerical amounts, and even an incredibly challenging slider puzzle were all included. Often, the interactions between K. and the rest of the cast in this game are downright bizarre; it certainly challenged the norm, and I enjoyed delving into this acid-trip-worthy world. Given the surrealism that is prevalent in The Franz Kafka Videogame, I found myself far less concerned about the underlying storyline and trying to get it to make sense. Instead, I eagerly awaited the next challenge, hungry for another deeply satisfying puzzle.

The art style and soundtrack are both keenly suited to the general ambiance of the world. I would have enjoyed a separate slider bar for the musical score and sound effects in general, but ultimately it was a minor annoyance. The music feels appropriate for the 1920s, bizarre dreamscapes, and surrealism in general; the cartoon graphics, both for the landscape and the characters themselves, was equally satisfying. It’s a cute combination without seeming too comical; given the 2D, somewhat side-scrolling dynamic it’s no surprise that the graphics aren’t demanding, nor full of special effects. 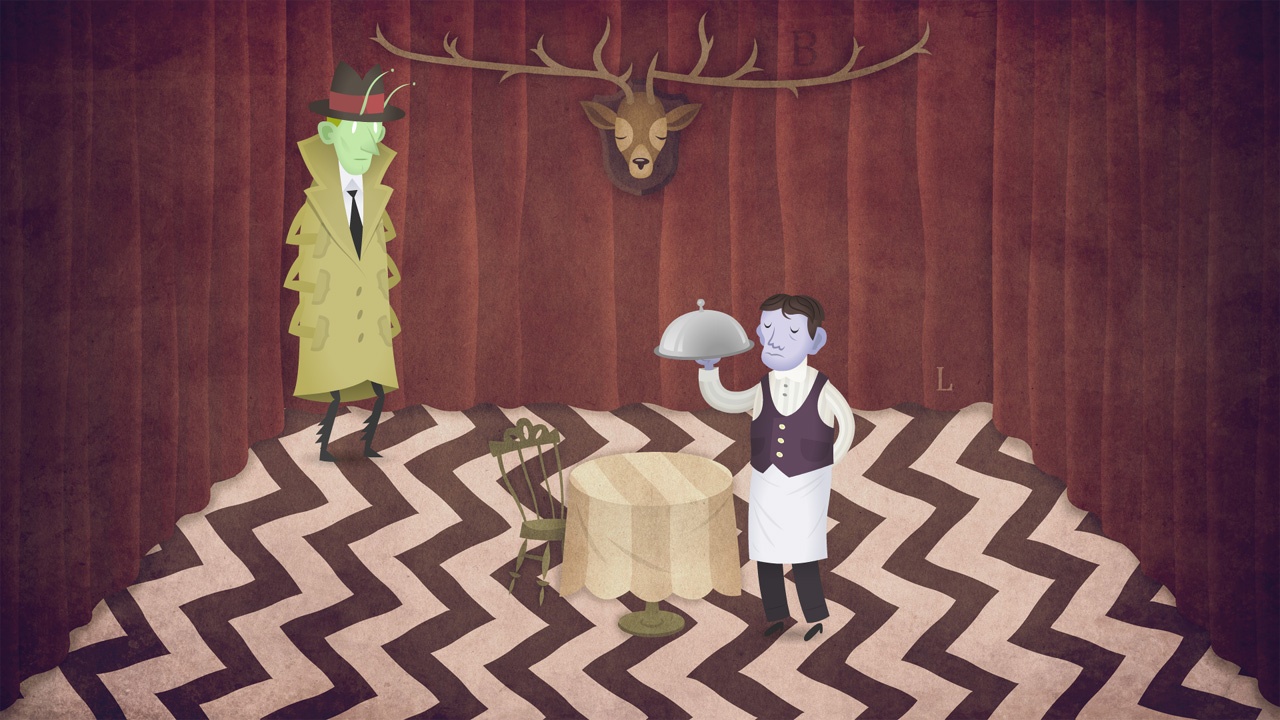 The Franz Kafka Videogame manages to blend an Adventure genre decent storyline with rich, elaborate puzzles. These challenges offer a degree of variety that is rarely captured in even the most ambitious of Point-&-Click titles. K. comes across as an intriguing if an unusual type of personality, which seems to do justice to his historical legacy. The writings and ideas that Franz Kafka left behind make for perfect surrealism fodder and the Devs at Denis Galanin (mif2000) did a fantastic job of weaving the sometimes madman-worthy musing into a riveting story. The graphics and soundtrack blend to create a compelling, original atmosphere, and I didn’t encounter any bugs or glitches during my gameplay.

Ultimately, if you’re looking for a challenging Puzzle game with some story as well, look no further than this title. Although it shies away from some of the standard Point-&-Click mechanics and themes, The Franz Kafka Videogame more than makes up for that subdued quality with high-quality challenges. And while the replay value is minimal, since a second or third run through the game can’t recapture the novelty and excitement of the first puzzle resolutions, Franz is certainly a can’t-miss sort of title for fans of mind benders, psychology theories, and abstract thinking.