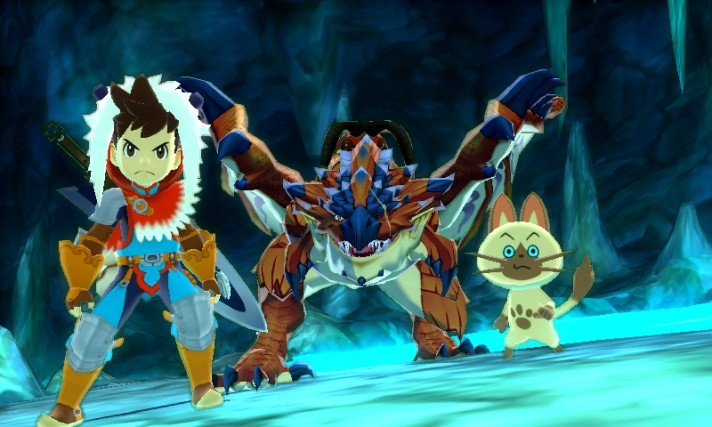 Capcom’s long-running and hugely successful Monster Hunter series is fantastic. It has a huge amount of depth, an incredible collection of beasts to battle and some of the most robust class and combat mechanics of any game out there. Problem is, as fun as it is, the barrier to entry is steep. Very steep. Recent releases have made it slightly easier for newcomers to get into the game, but honestly, Monster Hunter is the kind of game that really benefits from having a guide. I don’t mean a paper guide like a walkthrough – I mean an actual guide. I’m not kidding either. Playing online, things are made so much easier if you are able to team up with a  group of hunters that know what they’re doing. From making the most of the equipment and items at your disposal to the tactics required to take down the games’ myriad of monsters, working as a team really is the way forward. How many of us are in that position though? How many of us have a friend both well-versed in Monster Hunter and blessed with the patience of a saint? Not many I’m guessing.

Still, Monster Hunter, despite its somewhat obtuse nature, is a series worth persevering with, and for many, this far gentler RPG-inspired offshoot might well provide the kind of introductory experience required to send them down the Monster Hunter rabbit hole. This game after all is undoubtedly Monster Hunter at heart, but with the trappings of the series moved into a more standardised RPG template, the systems are subsequently easier to manage and far easier to understand. Despite the all the menus and array of options one would associate with an RPG being present and accounted for, this is a much more simplistic (noob friendly) experience. Monster Hunter veterans might find it a tad too twee, but for those intrigued by the series, Monster Hunter Stories might well deliver the perfect introduction to a series that can often be as befuddling as it is brilliant.

Rather than training as a Monster Hunter, Stories has you training as a Monster Rider and, let’s be honest, a professional egg thief. After creating your character using the games’ decent selection of character creation tools and getting to know the inhabitants of Hakum Village and yes, the array of pun-loving Felyne knocking about town (adorable talking cats for those not familiar with the series), you are sent off on the Monster Rider trials and your first opportunity to try out the games’ unique RPG mechanics. 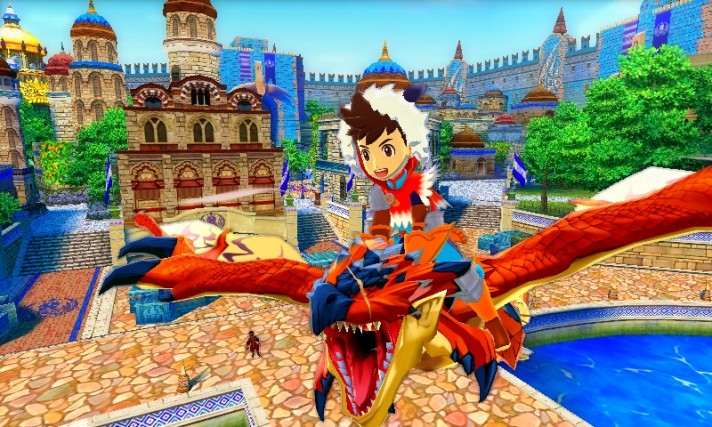 It does improve though; once you get past what is essentially a very long-winded tutorial, you are let loose upon a vast (by 3DS standards) and genuinely beautiful world. The core story is nothing to shout about, but the writing is decent (if unsurprisingly vanilla) and the art design, consistently brilliant. The 3DS has never been a technical powerhouse, and at this point, it’s probably a long way behind the mobile phone sitting in your pocket, but as is the case with so many top-tier 3DS games, it’s amazing what some developers have been able to get out of the ageing hardware.

Developer, Marvelous have done an especially great job. With its cel-shaded art design and somewhat cutesy character design, it arguably doesn’t push the system in the same way that the mainline releases do, but that doesn’t make the game any less impressive from a visual perspective. Seasoned hunters might find the art direction too kid-friendly, but if you can get on-board with the almost chibi-like design, Monster Hunter Stories delivers one of the better looking games on the platform.

From a gameplay perspective, the battle system, which mercifully allows you to avoid combat in the field, is relatively simplistic but undoubtedly robust. Similar to the elemental system you’d find in the likes of Pokémon, Monster Hunter Stories employs a rock/paper/scissors system that incorporates Power Attacks, Technique Attacks and Speed Attacks. With a combination of your character and your current monster, you need to choose the right kind of attack for the enemy in question. While you can only choose your characters attack type, if you do get lucky and align with your beast’s choice of attack, this will lead to a much more powerful combined spell.

The battle system also incorporates the series’ famous use of unique character classes, although here, the number available is much more limited and linked to specific weapons. Whether you go for a Great Sword, a Sword & Shield, a Hammer or the Hunting Horn, they don’t have as big of an impact as they do in the mainline games, but they do deliver a bit more in the way of variety and depth thanks to the unique skills linked to each. 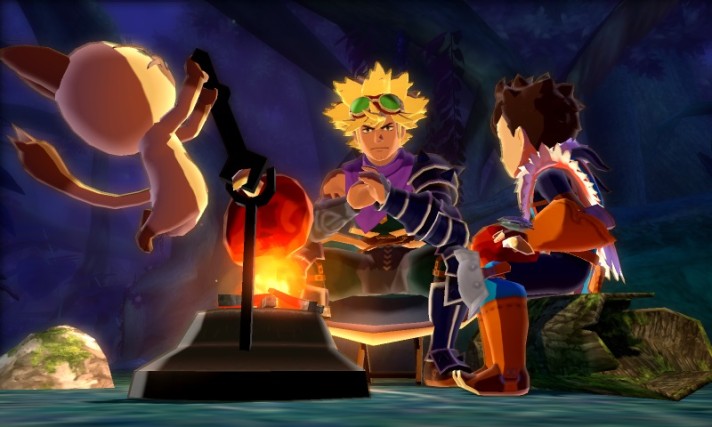 What really makes this game tick though is the whole egg thievery thing I eluded to earlier. At certain points along your adventure, you will come across Monster Den’s. These are essentially dungeons, but at the end of each, once you’ve defeated the big boss, you can steal one of their eggs, take it back to the Monster Stables at your village and have it join your team (once it has hatched of course). Its equal parts awesome and terrible, but hey, I guess it’s better than killing them.

It’s when you’ve amassed a decent selection of these monsters that the game really gets into its stride. Whether it be choosing which five monsters to keep in your party or building up Kinship Points in battle that allow you to pull of impressive special attacks and abilities, it really is these relationships with your monsters that make this something at least partially unique. There is nothing revolutionary to be found here, but this relatively unique shift in focus for one of the world’s biggest gaming franchises does make for an interesting and largely successful experiment.

Everyone assumed that the Nintendo Switch would mark the end of the Nintendo 3DS, and while it may well do in the long run, right now, the Switch’s success seems to be having little adverse effect on Nintendo’s evergreen handheld. It might not be especially impressive from a technical standpoint, and few (if any) give two craps about 3D, but as long as games as good as Marvelous and Capcom’s, Monster Hunter Stories are being made, the 3DS will have a place in my pocket (or bag). It lacks the polish, scale and ultimate ambition of the mainline releases, but as a more noob-friendly alternative, Monster Hunter Stories succeeds at both taking the series in a new direction and delivering a more welcoming entry point to this brilliant but often brutally unforgiving series.