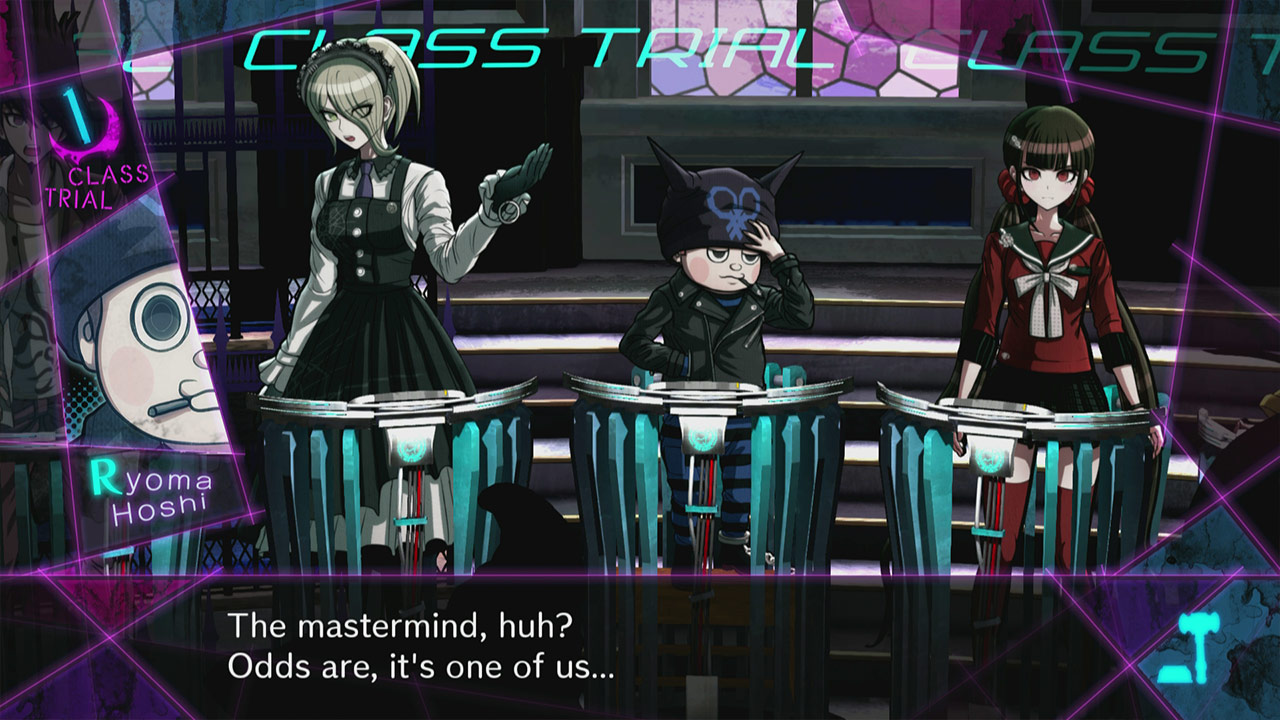 Remember when Battle Royale came out, it was about a bunch of students put on island where they had to kill each other until one was left and declared the winner/survivor. There’s been a few similar titles over the years such as the Hunger Games series which tries to add a few more layers to the subject, but Battle Royale is a classic. Well Danganronpa V3: Killing Harmony is the gaming version of Battle Royale, so there’s a lot of murdering to be had, so you better be prepared to get your hands dirty (well cleaned up so no evidence is left).

So the Battle Royale-esque plot goes like this; You are kidnapped and taken to a secret high school hidden from society along with 15 other students. You play as Kaede Akamatsu otherwise referred to as the Ultimate Pianist (the other students also have an ultimate skill, some sound more usual than others but they all have a purpose). You have to survive, but to escape the other students must die/be murdered, it’s quite the dark concept. With elements of a Japanese RPG and Phoenix Wright, Danganronpa V3: Killing Harmony is a very bizarre game in both delivery and look, but that is part of the charm. There’s also Monokuma, a bear who appears to enjoy the killing as much as the investigation that goes into it afterwards, he is supported by his little bear kids who increase the strangeness ten fold. 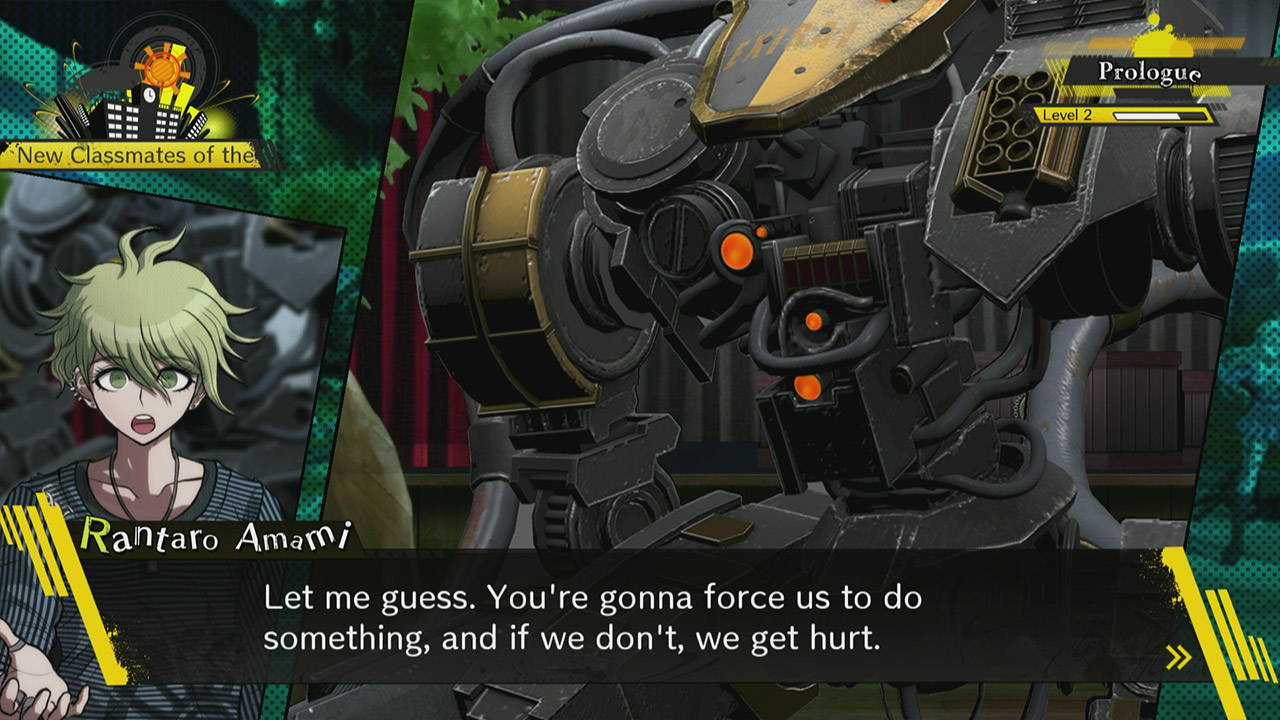 During the day you travel around the school talking to your fellow hostage schoolmates whilst trying to uncover more details about your predicament and the murders that are occurring. This is where the Phoenix Wright part of Danganronpa V3: Killing Harmony comes into play. There are class trials after someone is murdered, at these trials the killer must be identified, if the correct student is chosen then they die. You would hope after the first death and subsequent trial your fellow classmates would try to not kill each other, but they don’t so you will be involved in many a trial to determine who the culprit is.

During the trials there are several mini-games that ‘help’ you, for example, Mass Panic Debates have you trying to quieten down two students so you can let another one get their point across, Mind Mine has you trying to uncover an answer by erasing coloured blocks whilst Debate Scrums split the group into two sides and you have to find a way to win the argument. During these class trials, you sometimes may have to lie to get your point across or help some of your student friends towards the truth. It’s the most interesting part of Danganronpa V3: Killing Harmony, whilst there are areas that are padded out it’s a thoroughly involving experience. 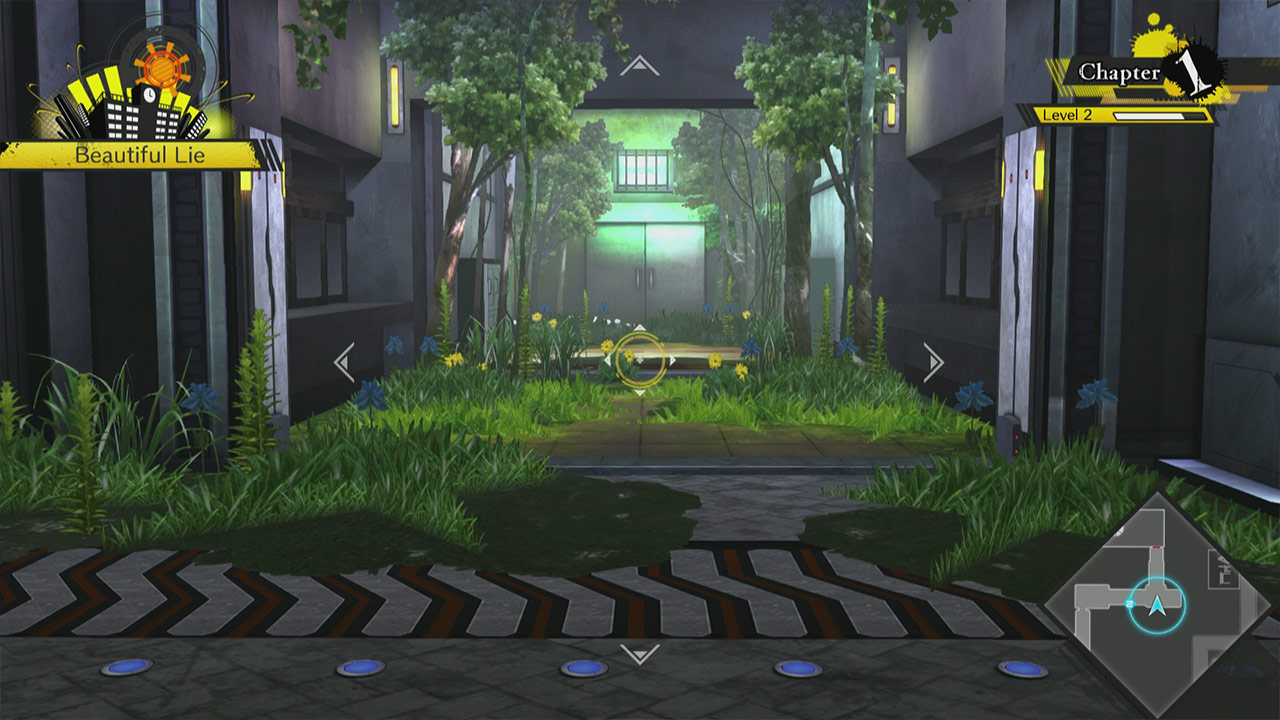 Graphically Danganronpa V3: Killing Harmony is very Japanese, the characters are all very different from each other and have very different personalities but like a lot of Japanese RPGs the majority of the females are sexualised. There’s a mixture of very loud weird characters but there are also so quieter reserved kids, it makes up a good mixture of people. The Monokubs are annoying especially after the first few hours but they add even more craziness to the proceedings. There is a lot of dialogue in Danganronpa V3: Killing Harmony, it’s tempting to skip much of it because there are many attempted jokes, generalisations, and random information but you shouldn’t. The prologue is overly long at the start but the other chapters of Danganronpa V3: Killing Harmony get better as you progress through.

Danganronpa V3: Killing Harmony is a unique experience, where you will be drowned in Japanese culture interspersed with craziness and chaos that leads to an engrossing story.