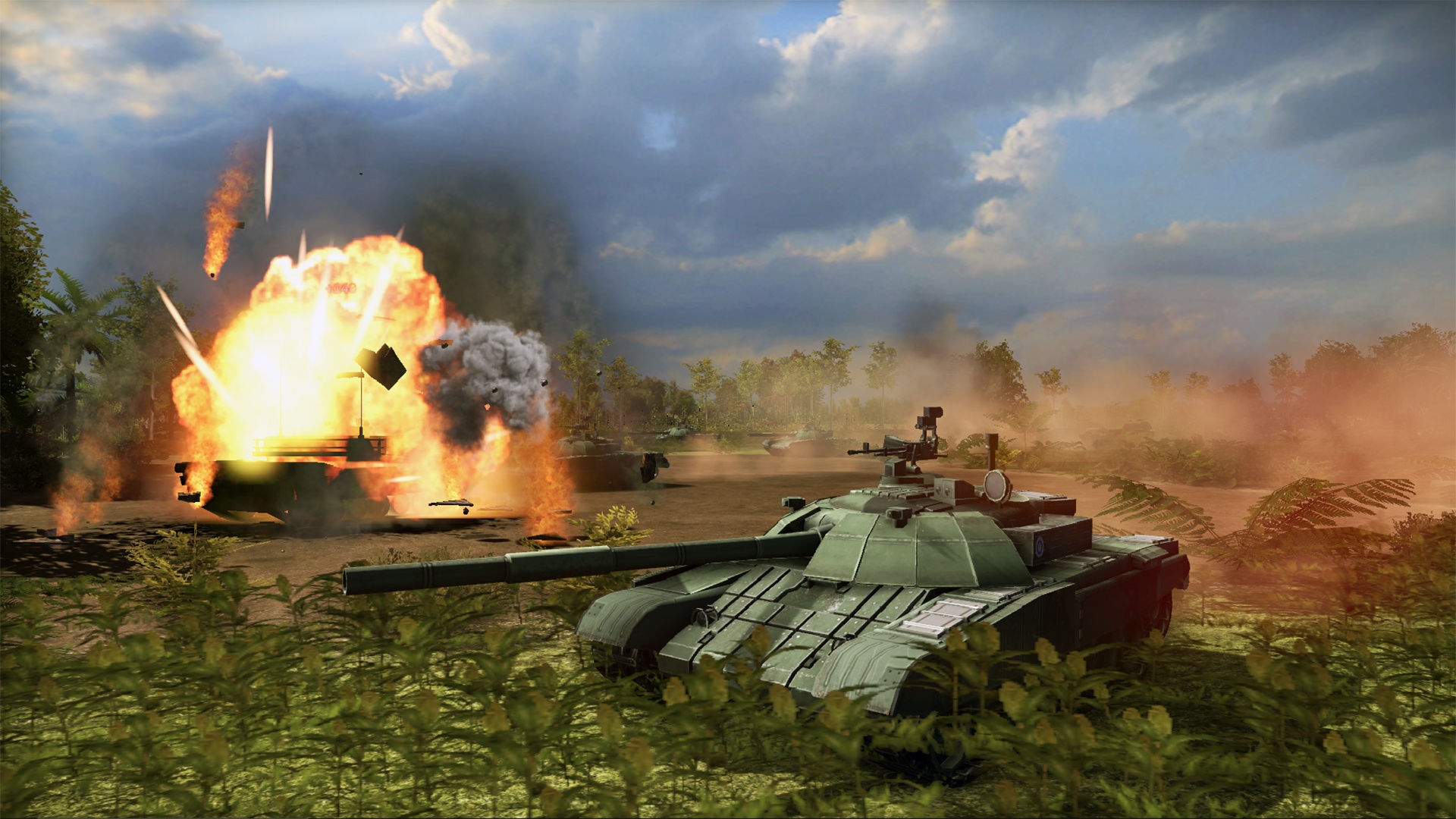 As someone who was once a huge fan of real-time strategy games, having not played a single one since the release of Command & Conquer 3: Tiberium Wars kind of killed my interest in the genre over the years, with my interests in the strategy domain turning towards the turn-based genre. Nevertheless, the Wargame series by Eugen Systems has always grabbed my interest, even though Red Dragon is the first game that I play. With that said, please keep in mind that everything you read here comes from someone who has no previous experience with this series.

If you were to boil down Wargame: Red Dragon to its very essence, you’d find that it is a real-time strategy game, where you control a military battalion while trying to defeat an opposing force by causing as much damage as you can to your enemies, and by capturing various command zones that are laid out in each map. In order to do so, you must choose your roster units and deploy them by spending points. Before each battle starts, the game time is paused until the players have placed all the units that they want to on the battlefield, and once they’re good to go, the race for the command zones begins in order to be able to deploy reinforcements.

There are over 1200 different units in the game, from over a dozen of different countries, and even more so with the Nation Packs for the Netherlands, Israel and the REDS. Each unit is not only different in terms of visual design from all the others, but each one also has their own unique attributes. While this might be somewhat intimidating for new players, as someone who is also a new player, the game does a pretty good job in simplifying things by assigning each attribute value to a certain colour based on how good that attribute is (like red means it’s bad, while green means it’s good). 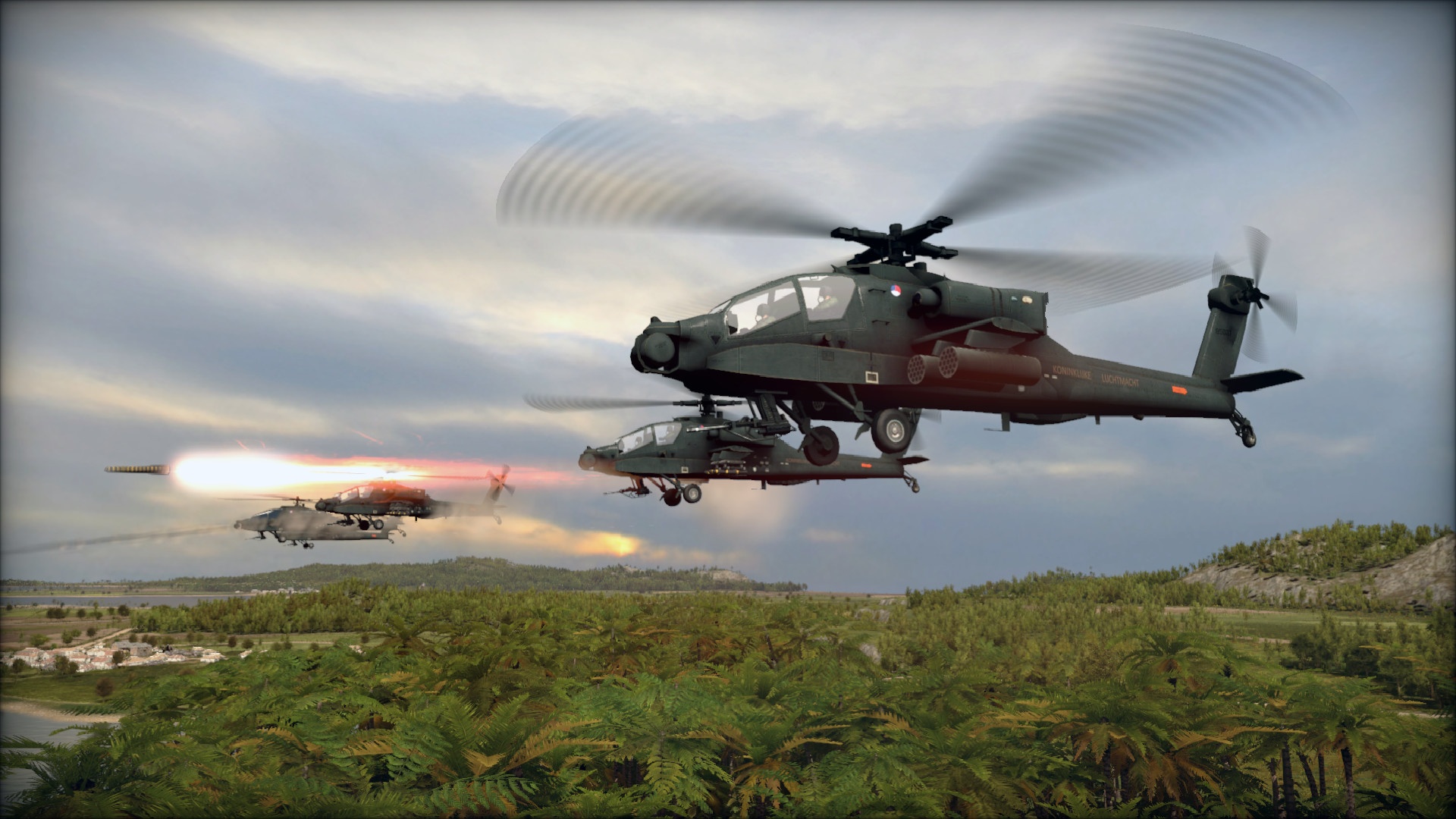 The strength of Red Dragon is on its vast and epic confrontations, and it is very likely that this is the best state of things, when considering that the biggest feature of Wargame: Red Dragon is the introduction of naval warfare and naval units, which brings a whole new battlefield to the table. This brings up a whole other matter, and that’s the fact that, even though the game features hundreds of different units, the game boils down to exploiting the vulnerabilities and weaknesses of the opposing forces. Ideally, your forces should be composed of units that can counter any type of unit that the enemy might throw at you, and, therefore, spotting the enemy first means that you are able to fire first with the adequate counter.

While this might not sound too surprising at first, in practice it means that there isn’t really any best unit, as in, an unstoppable force that no army can rival. This also means that even a group of your best armored vehicles can easily be destroyed from a forest where an enemy anti-tank squad is hiding, or from a long-range artillery barrage, thanks to enemy scouts tracking you down. In the end, if you get completely slaughtered on your first matches, like I did, you’ll quickly realize that this is a game where you need to be proactive, and where you need to always be one step ahead of your enemy, because, otherwise, “by failing to prepare, you’re preparing to fail”. This really should only be a concern on multiplayer, as the AI seems to lack in creativity and it usually just resorts to fast strikes and tends to move units through the roads, which makes them predictable and vulnerable.

While the game features 5 different campaigns, with each providing a series of unique scenarios, the online multiplayer has always been a huge thing in the Wargame series, and in Red Dragon that is no exception. The game still has an active community and it should be easy to find a match at any time. If you’re like me, playing online will most likely result in a much more tense and thrilling experience, mostly because you know there’s someone else that’s actually playing against you, instead of some AI making the rounds in one of the campaigns. Now, one of the things why PvP seems to be such a huge thing in Wargame, is because you can customize your own army through some sort of deck builder. The great thing about it though, is the fact that you can combine units from different countries, but the game rewards you for sticking with only one of them, or for making a specialized army, like an armored division, by making the cost of your unit’s deployment cheaper. It’s actually pretty well put together, and it allows players to play around with the game’s variety of units, as well as reward them for taking risks. 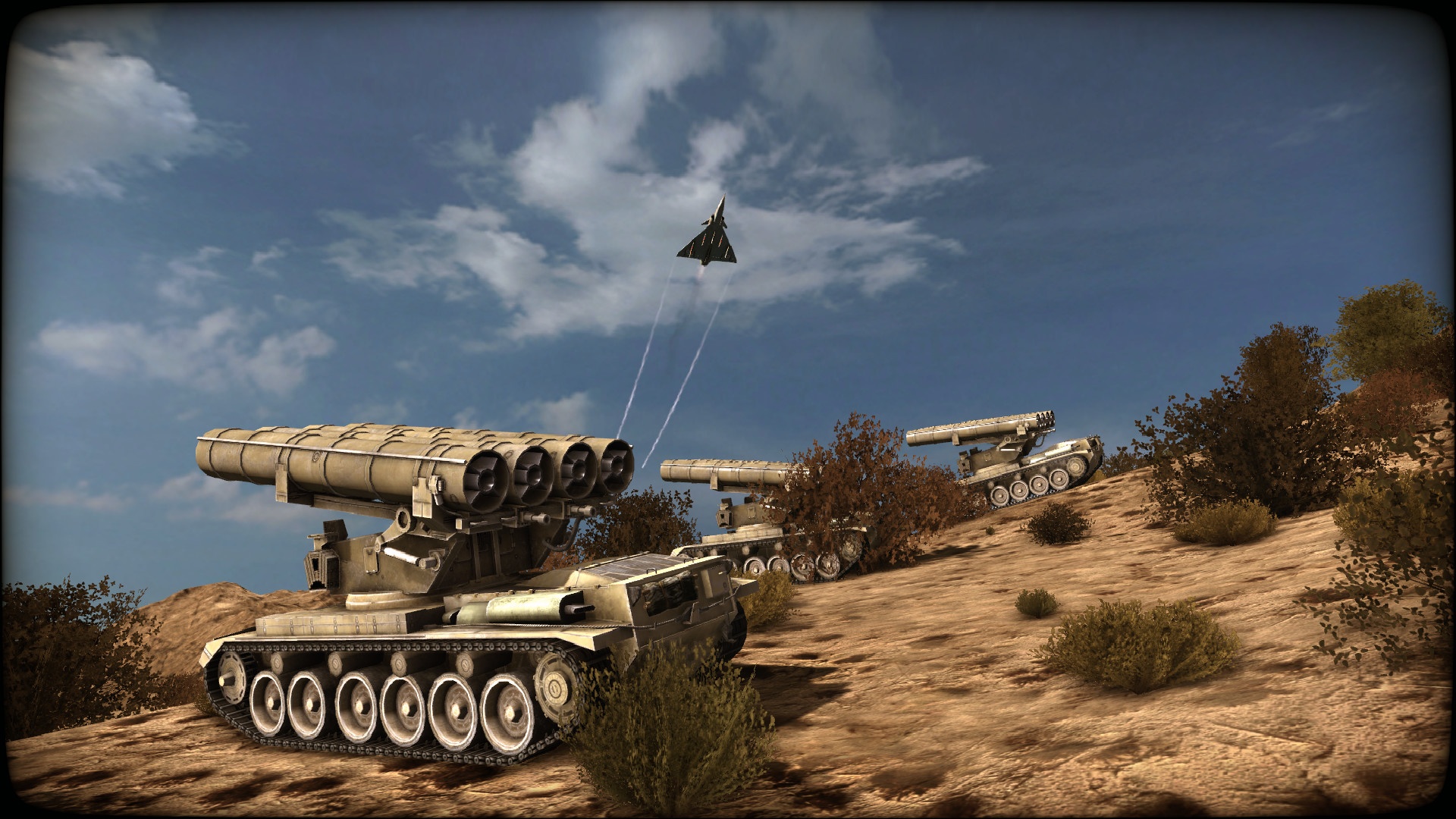 If there’s one thing that I find it to be a shame in regards to this game, is the fact that the game looks and sounds superb. Yes, it’s a shame the game is like that because you’ll most likely never get to appreciate the show, thanks to the fact that you always need to be on top of things, looking out for enemy movement, managing your units, and so on. The chances of you arranging the time to admire the scenery during a multiplayer match are pretty slim, but when playing one of the several campaigns you can go ahead, pause or slow down time and watch the fireworks. With that said, the campaigns are decent enough, even though you can clearly see that they’re not really the focus of the game, but they should be more than enough to acquaint newcomers and those that find themselves having a bit of trouble when playing skirmish/online?

Wargame: Red Dragon is certainly not your typical RTS, but it’s quite possibly the closest thing, and the most accurate, that you’ll get to an actual real-time military conflict strategy game. By featuring real military hardware, and by making use of their individual differences, as well as by making use of the geographical layout of the various maps, it creates a diverse playing field for players that manages to keep things extremely engaging during the most part of battles. It’s rewarding, enjoyable to watch, tense, it has tons of variety and replayability, and the DLCs are more than worth it if you enjoy the base game on its own.