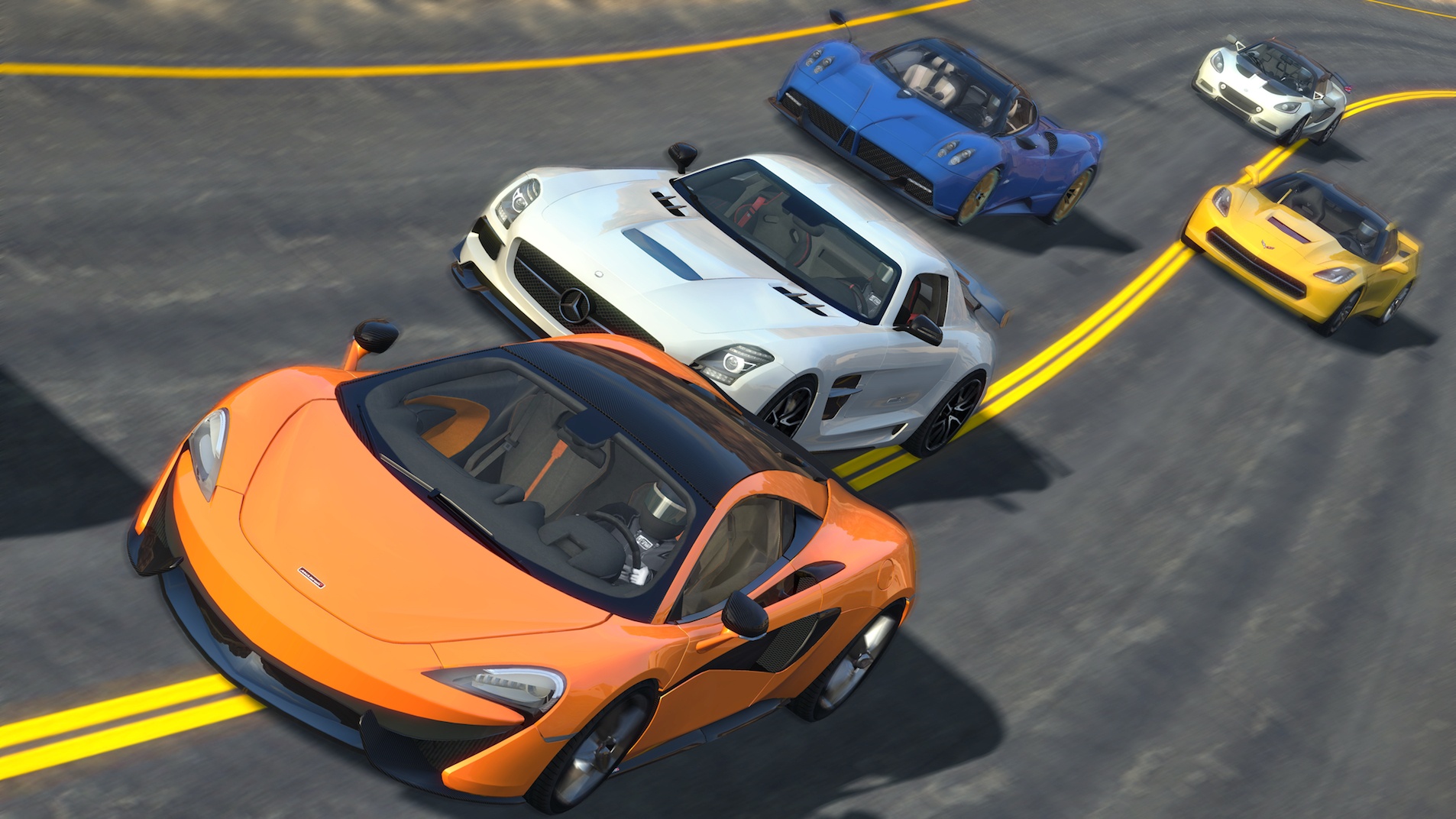 Anyone who’s been in the game for a while (the metaphorical game of life, because apparently I’m that pretentious this early on) has come to know and love/hate collectors. They exist in literally every hobby facet, from the guy with some rare stamps to the dude with a signed copy of the Monster Manual 1st edition. Collectors are sometimes fascinating, sometimes impressive and, well, sometimes overbearing and obnoxious. But they exist, and their joy is not out of using what they have, but merely observing what’s in their possession. I, myself, am a game collector of sorts, with a large Steam library full of unplayed titles, but I like having it. And, for the car collectors who like to dream, the Nintendo Switch finally has the game for you,

Gear.Club Unlimited is the solution to everyone who’s been looking to have an endless parade of beautiful, exotic cars and lacks the space and funds to accomplish as such. Starting from the very beginning, this game lets you choose a “modest” first vehicle (I went with a Camaro because God knows I’ll never afford one) and then throws you into gorgeous races along various coastlines, cities and terrains. The name of the game here, folk, is style over substance, and that’s more than ok. The purpose of this game is to become the best racer, sure, but the main objective is to get as many ludicrously expensive cars as possible.

Now, it’s to be said that, due to hardware limitations, the Switch isn’t crystal clear as some consoles and upgraded PC rigs, and this is true. The cars, from the Bugatti to the BMW, are all quite shiny and look the best out of all the four wheeled wonders I’ve seen so far (especially compared to the Monster Trucks I witnessed recently). The angles delivered both in the garage and out on the track really compliment your car, and you don’t have any sort of crash physics that make your baby start to look dinged up and shabby. But, truth be told, they look as good as they can on the Switch, which is saying a lot for a Tegra customized GPU. Having said that, I can get 12GB of dedicated video memory nowadays and cars in Project CARS 2 look like I stole them fresh off the lot. Gear.Club Unlimited delivers the best looking vehicles they can with the hardware they have, and, if you’re enough of a snob to need something better looking, you seriously have to move on to a different console (and probably a different game). 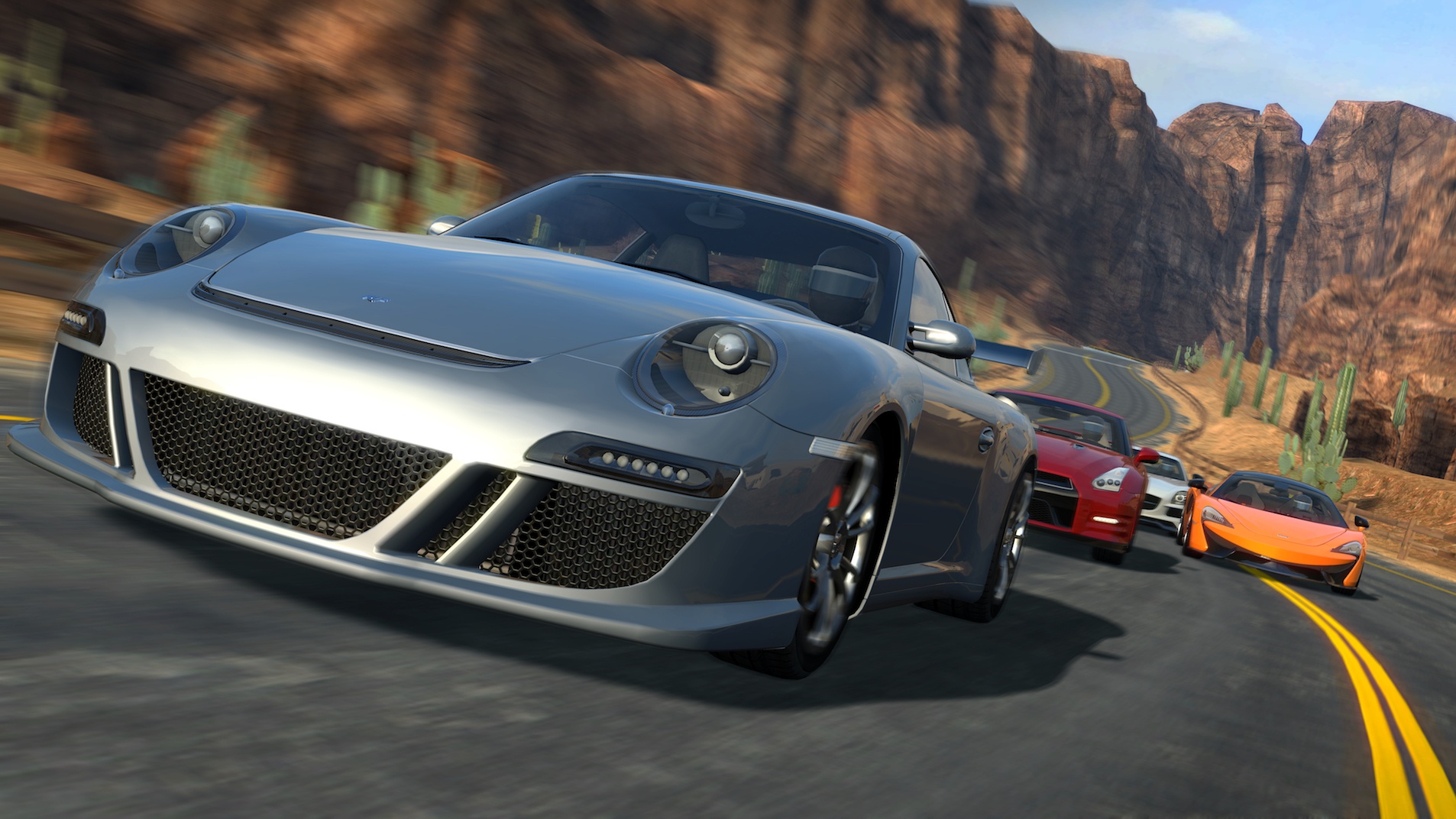 Race-wise, Gear.Club Unlimited delivers a good variety of courses and tracks without necessarily focusing too heavily on the racing itself. Most, if not all, of the tracks are relatively straightforward, giving you plenty of room to accelerate to triple digits in no time flat, often touching 200kph in an average race. The AI are competent and careful, almost as though they understand they, too, are driving hundreds of thousands of dollars worth of machinery. When you slam into them (or the walls), your car careens a bit but there’s never a chance to flip over or destroy the engine block. For some reason, I really appreciated that: destruction sits better with the Burnout franchise, and I wouldn’t be able to enjoy the race as much if I was worried about paying out of pocket to repair my mistakes. In fact, I will go on record to say that Gear.Club Unlimited has some of the most relaxing races so far on the Switch. Floor the gas, use a little bit of brake work for tighter corners and you’ll forget you’re even in the race with other cars or players.

The races, again, are vessels to carry you to three things: enjoyable scenery (check), unlocking new areas and unlocking more car upgrades. The customization you can put inside your garage is actually pretty spiffy, as you unlock different sectors and workshops to improve your engine, gear box, brake pads and just about everything else. While there isn’t the level of fine-tune detail to customization as some people might want (you don’t have brand choice in tires, for example), there’s still a ton to add on and the option to max out a single vehicle if you fall in love. It’s a double edged sword in terms of upgrades: you put all your eggs in one basket, you get a dope ride, but you also limit yourself from unlocking new cars because, well, you just dumped all your funding into a single car. And you’re going to want to unlock new cars, because holy hell are there a lot of them.

One of the new areas that chronically unlock in Gear.Club Unlimited are the dealers, and I love this situation. Stepping into a manufacturer specific showroom and seeing all the beautiful cars they have to offer is something I did a lot as a child with my father, and this isn’t quite the same but it still evokes the same ideas. Get up close and check out what’s on display as the newest and most expensive cars you can imagine spin and wink in front of you. If you have the patience to run the races over and over, or simply don’t waste your cash on the brand new treads every time you have the option, you’ll be able to unlock new cars every couple of days, though the fat cash infusion you get from leveling up really helps. Remember that Gear.Club was previously a mobile game, which accounts for a.) the lack of faster cash, b.) the slightly easier courses and c.) the minorly subpar graphics. As far as a “mobile” port goes, everything still delivers well (and looks a ton better than it did on my iPhone), but the need to grind to get cash sometimes really got me down. 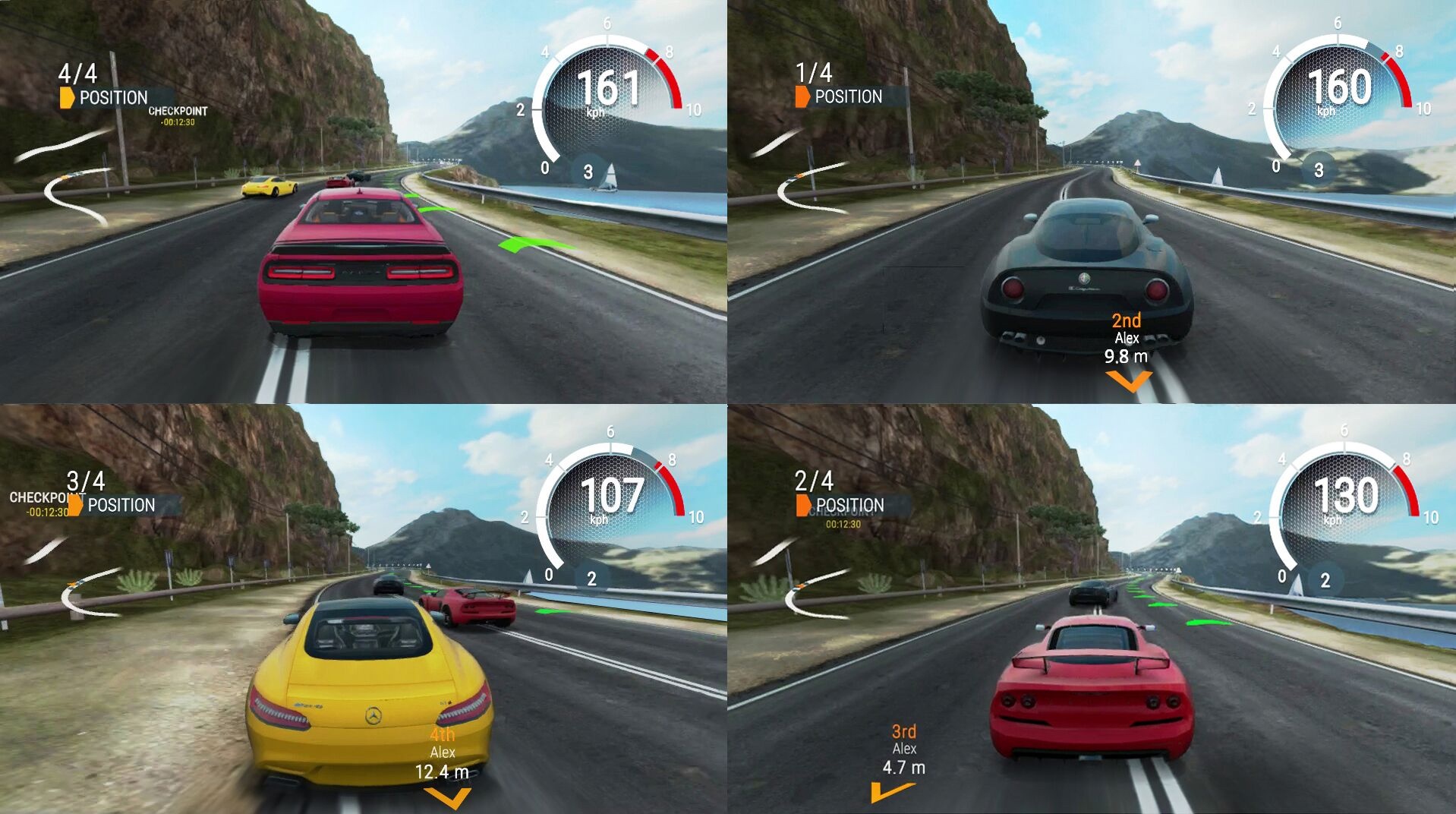 Lastly, the atmosphere of Gear.Club Unlimited really matches the message of the game. Your music is sometimes a bit more upbeat and “driving,” but there isn’t anything here that screams white knuckles and nitrous. You’re driving to unlock more cars and explore more areas. You can get in close to be in the driver’s seat or do a close over-the-shoulder viewpoint, but you won’t be far above so you can check out the other racers. You’re here to drive, and you really only want to care about yourself. Get more cars, spend more time upgrading them, and take it for a spin.

Gear.Club Unlimited falls into a strange category simply because it doesn’t commit one way or the other enough. It’s too realistic to be a crazy racer, but not enough to satisfy serious gearheads. I think it’s perfect for gamers who casually enjoy pretty cars but don’t flip through the Blue Book every other week. If you’re basically looking for a relatively large game (about 4GB) to hold all the cars of your dreams on your Switch, then Gear.Club Unlimited is the place to sign up.