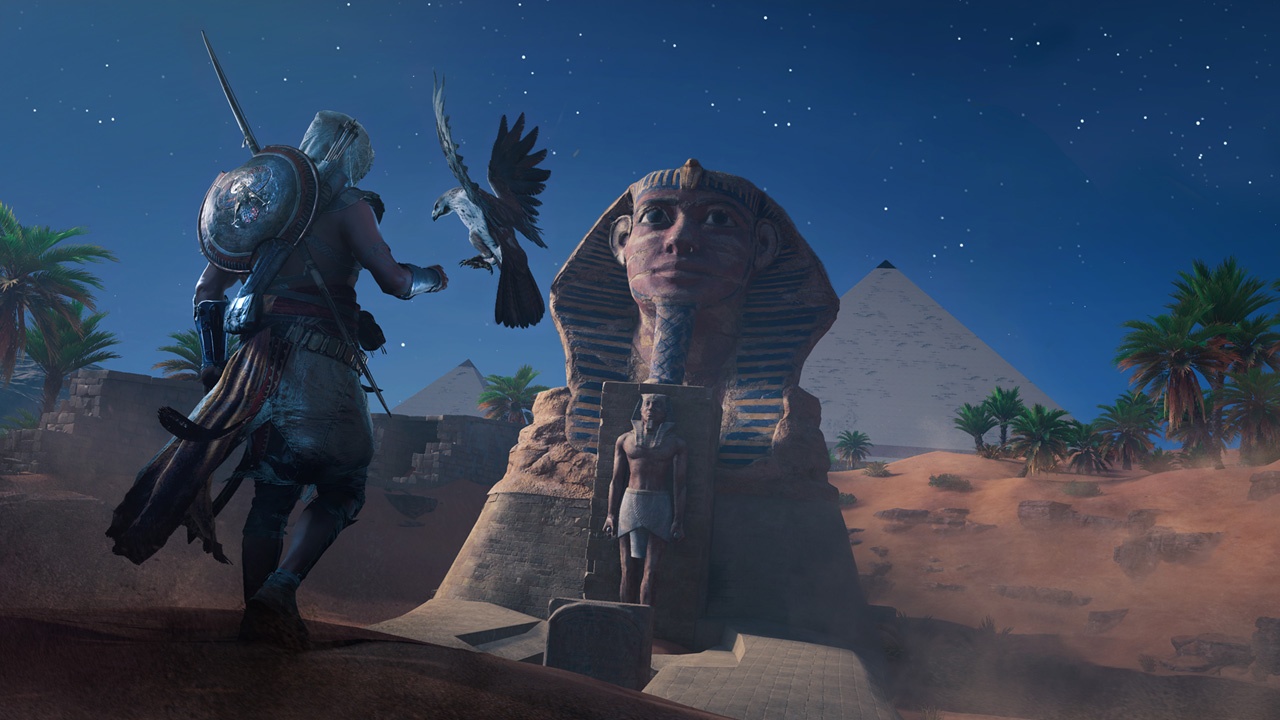 Throughout the last two decades, I have witnessed franchises rise and fall, seemingly within a blink of an eye. Colossi of the industry, such as the highly popular Need for Speed, are now at their lowest point of their existence, as every new addition to the franchise, seems to be much worse than the one which came before it. And while the aforementioned Need for Speed is still alive and ticking, the same cannot be said bout those, who we have already lost, such as the Medal of Honor series, and Dead Space.

It is sad to see the big hitters of the industry disappear within a single moment. However, the ill fate of disrepair and irrelevance, is not always fatal, as some, such as Call of Duty, have managed to scratch and claw at the critics, and public alike, and have ultimately reclaimed their rightful spot on the top of the mountain. And the recently released Assassin’s Creed Origins, just like Call of Duty World War II, was meant to revitalise the series, and bring it back it back from the slump, within which it currently resides.

Back in 2015, Ubisoft initially announced that the rightful sequel to Assassin’s Creed Syndicate, is not going to come out in 2016, as the publisher has decided to give the developers a little more time, in order to ensure that the follow up will be of utmost quality. As both Syndicate, and Unity, were so buggy that they were borderline unplayable. And while one additional year of development, could do wonders for most titles, it has not served much of a purpose when it comes to Assassin’s Creed Origins.

Assassin’s Creed Origins, just like Unity and Syndicate, is rife with a myriad of glitches, bugs, and other imperfections, which ultimately hinder the enjoyment of the title. Within minutes of starting my playthrough, I have witnessed my guide, ride his camel straight into a donkey, which in turn has died, and was fired over a building, like a North Korean rocket. And not so long after that, my own camel, has stepped into a scenery, and started pacing while walking on its rear legs – but that’s nothing new. 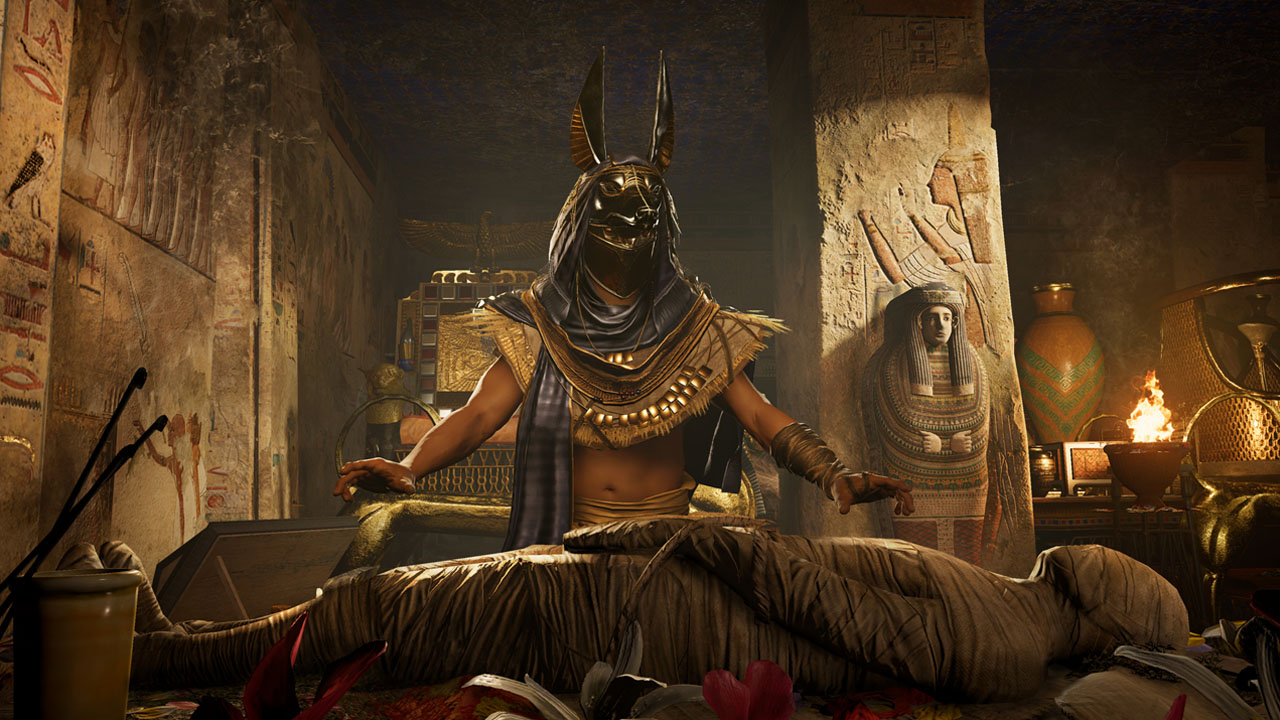 The fact that Origins, just like its predecessors is riddled with bugs, will not surprise anybody. But what will make some take a step back, and hang their heads in disappointment, is the fact that it is filled with technical glitches which have been there since Black Flag. Wheels of carts and carriages are always clipping through the floor; characters’ hair constantly looks like it is about to fall off – like a cheap wig; during cutscenes protagonist’s limbs clip through his armour – just like his weapons. And the list goes on, and on, and on – as it seemingly has no end.

While being riddled with glitches which are soon going to be a decade old, Origins also carries a handful of brand new, but equally irritating bugs. Such as the one where corpses which are related to the main objective of any and all missions, usually come in multiples, so when the title at hand requires you to confirm a kill, or bring back a body for a ‘’proper burial’’, you’ll have to spend some time digging through the decaying flesh, until you get to the right cadaver. And this glitch is at its worse, especially when you need to deal with multiple corpses, like in the mission where you are required to retrieve dead bodies of farmers who have been ravaged by angry hippos. As in that case you don’t have to bring back just one corpse, but 4 different ones, and when I’ve played it, each body had at least one double.

One could say that on a technical level, Origins is just as bad as its predecessors. However, I’ve played through Syndicate and Unity, within a week of their respective release dates, and they were both nowhere near as bad as Origins – at least on the PlayStation 4. And seemingly the only thing that separates Origins from Unity – which to some is one of the worst game in the series – is the fact that Origins seems to run relatively well, as frame drops are rather rare, and even when they occur they are not as sudden as in Unity, or the recently released Need for Speed Payback.

Within the fifteen or so hours, I have fairly enjoyed my time with Origins. But sure enough, I have not enjoyed my time spent with Assassin’s Creed as Origins, is more like a cheap copy of the Witcher 3, rather than an addition to the beloved franchise. And this is mainly due to the change of the in-game combat, as it is not longer as fluid as it was back in the days of the Ezio trilogy, or even Syndicate. It is much more brash, and brutish, as it concentrates more on shielding, and defense in general, rather than attacking. You are constantly being reminded on the importance of your shield, and how you should always keep your guard up no matter what. And while such approach to combat was baffling to me at first, I’ve understood why Origins is so instant on you defending, when I had to fight a larger group of enemies on the very first time.

Within the previous paragraph I have mentioned that Origins’ combat is not as fluid as one would expect it to be. And while I have initially attributed it to the change of the combat system in general, it has to be said that while such statement is partially true, it is not absolutely correct. And that’s because it has been mainly implemented to mask the unresponsiveness of the title at hand. 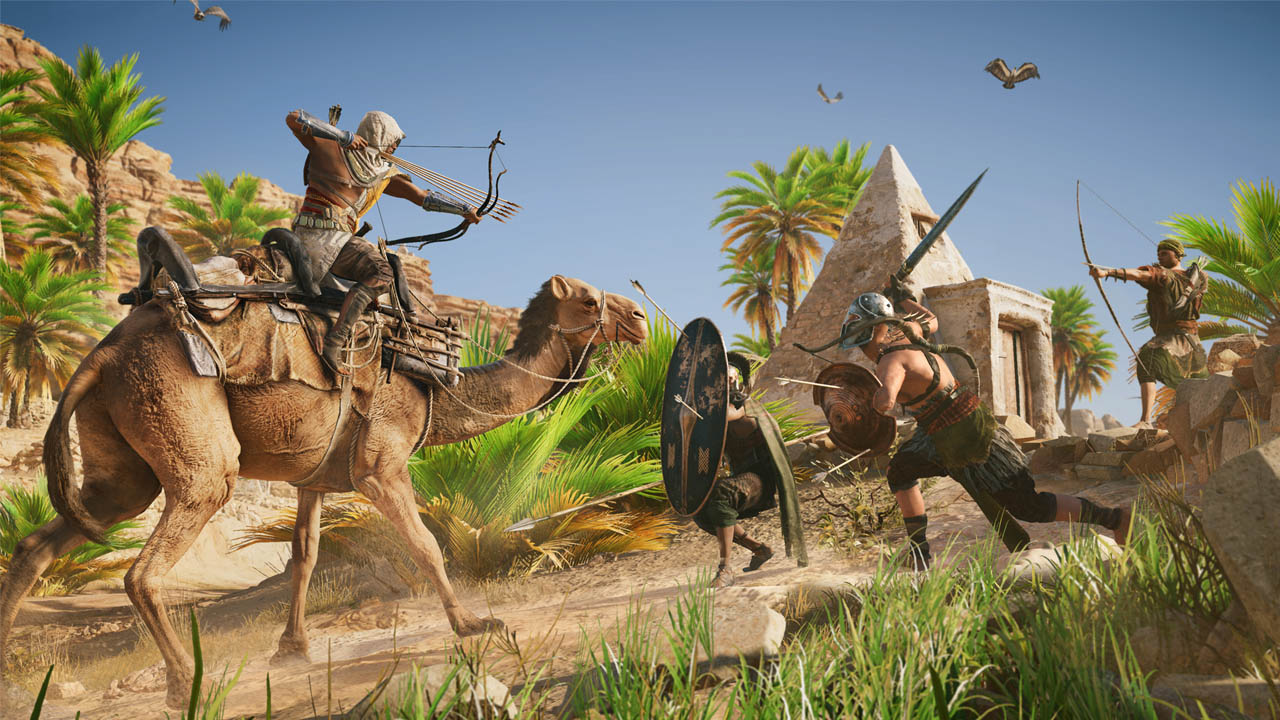 Titles such as Arkham Knight, Shadow of Mordor, The Witcher 3, and Dark Souls 3, all allow one to attack, block, evade, and parry within a blink of an eye. And while Arkham Asylum was the first to implement such incredibly crunchy, and responsive combat mechanic, it was not the last. However, while some developers have managed to replicate the brilliance of Batman’s acrobatics of doom, others, such as the recently released Origins, has failed so dramatically. As when you are in combat, each of your actions, especially shielding, can take up to a second to be carried out by the protagonist. So, if you want to bring your shield up after a series of strikes, then you are out of luck. Because by the time your character will begin the action, he will already be at the receiving end of a vicious flurry.

Some of you could say, ‘’yeah, it’s pretty bad that you can’t defend instantly like in Dark Souls 3, but why would you? All previous Assassin’s Creeds were all about parrying and not defending’’. And such statement is more than correct, but the thing is, in Origins, the only way to parry is to do so with your shield. So, before you can start worrying about parrying, you have to get hit a couple of times, finally pull up your shield with L1, and then parry your opponent’s next strike with circle. Oh, and if that doesn’t sound idiotic enough, the you also need to know that you first need to unlock the ability to parry, which is simply ridiculous.

Ubisoft really went out there when it comes to Origins, as some design related decisions, are pulled out so far out of the left field, that they deserve to die out within the ice-cold walls of a Stalinist gulag. The game at hand is full of needles crafting, which has been visibly ‘’borrowed’’ from the Far Cry series, and all the skills which have been a standard for the series for years have been locked behind an unnecessary skill tree. You want to be able to parry? – one skill point, you want to be able to do finishers which are the staple of the franchise? – that’s going to be two big points.

The state of Assassin’s Creed Origins is so chaotic, and disheveled that one can only lament when thinking about the future of the franchise. Ubisoft has clearly tried to reinvent the wheel with this installment, but instead of tightening the bolts, and polishing the rim, they have smashed it with a sledgehammer, cut it in half with a blow torch, and ultimately set it on fire. And what makes it even worse, is the fact that it is an incredibly drab and soulless experience, and while paying through it, I have cared so little about the main protagonist, that I don’t even remember his name. And even when discussing the title with friends, I referred to him as Bakayoko, as his name is somewhat similar to the one of Chelsea’s defensive midfielder.