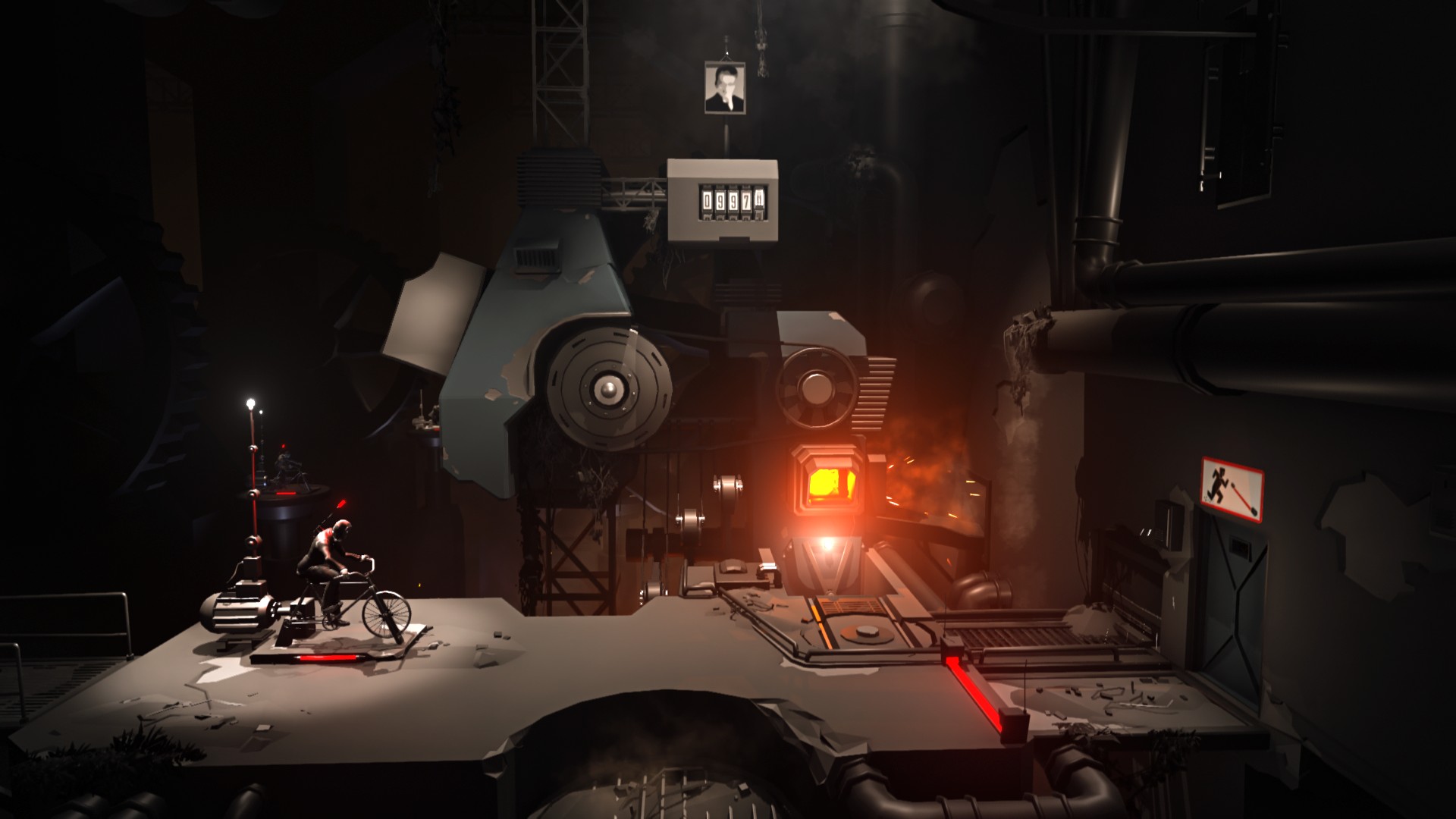 It’s been several months since I first took a look at Black the Fall on the PC, and I can’t tell if my initial findings were totally off base or completely on point, because a lot of the game has been unchanged when it comes to porting to the Switch. Now, since I Am Setsuna was well received and now Black has arrived, I think it safe to say that Square Enix has faith in both their indie titles and also their being released onto the Switch. Still, I’ll do my best not to recycle my own words too much in terms of re-review.

For the uninitiated, Black the Fall is about a dude who’s apparently a cog in a giant machination of a company, and that may or may not be a metaphor for the current workforce life (it totally is). Black attempts to escape and go out into the arguably broken world in a quest to find purpose in his life and freedom in the new regime. It’s bleak and depressing, but Black’s journey is a stabbing shaft of light in an otherwise unending world of awful. Though his name is even Black, proving that light gives shadow, regardless of where it shines.

The puzzles are all completely the same, so if you’re not fed up with Inside, Limbo or any number of other titles, Black is the vehicle for you. In fact, the fact that the aforementioned titles haven’t been released yet on the Switch may yet be a boon for this game. Almost every puzzle scenario is one that is self-contained and must rely on a number of mechanics in order to progress forward. Black’s ability to control other prisoners is still one that raises a ton of ethical questions, but it gives a lot of interesting affect in terms of how to solve problems. By delegating different jobs to people from afar while also keeping yourself alive and safe from very harsh bullets and guards, you end up with a combination of stealth and puzzle solving in the same swing. It’s enjoyable, but it also gets pretty stressful at times, which is not something that I always look forward to in terms of a puzzle game. 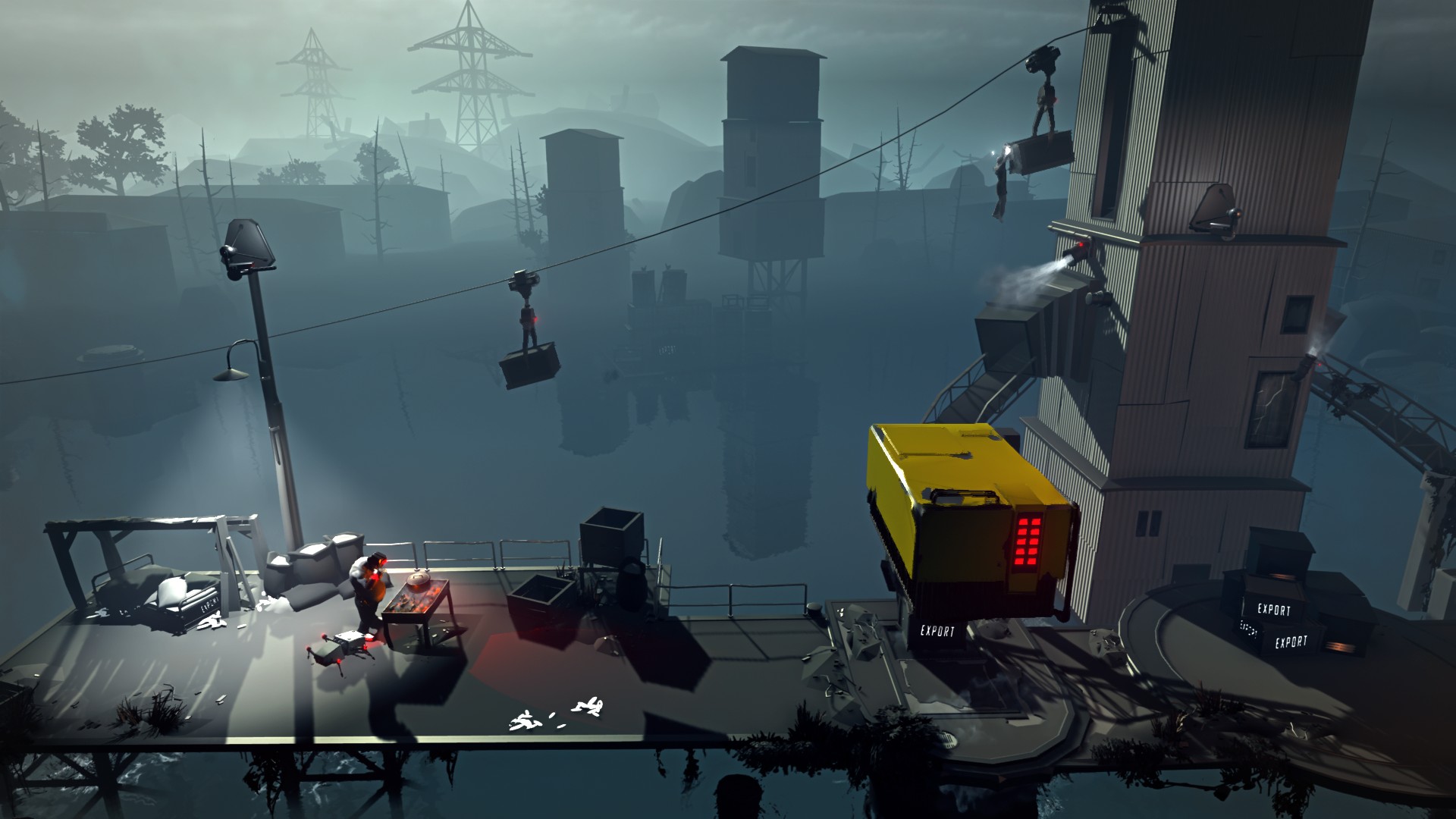 The autosave feature is still a nagging burden on my shoulders, but at least the Switch has the ability to go into sleep mode and stop you right where you lay instead of kicking you back to the start of the chapter. There wasn’t any need to fix this, but man, I hate repeating myself. I didn’t totally want to go back to Black the Fall simply because I had already played it once and wasn’t sure if things would be different this time, and, surprise, they really aren’t. But every game deserves a second look, especially when a good amount of time has passed and there’s potential for growth and evolution. The fact that my observation that something is better because of a hardware decision and not the game actually changing is frustrating, to say the least.

However, in terms of technical aspect for the Switch, Black the Fall does a couple of great things. First and foremost, the install footprint is significantly smaller, and it feels like it has been optimized for the Switch. My PC has always been a gaming rig by default, but it’s also a home media center, a workspace and a storage unit. Since I have to put on so many hats just to play games on Windows, I don’t always think I have the best experience, and so I didn’t factor that into my Black the Fall review previously. However, it runs so smoothly on the Switch, and I can see that some puzzles actually work much better now that there isn’t stuttering hesitation on anyone’s part. Also, I get killed way more easily when trying to avoid turrets because I don’t have the benefit of a second of lag possibly saving my ass. Take the good with the bad, right?

Additionally, the development team has given players a better range of adjustment in terms of audio, meaning that the score and sound effects, one of my biggest gripes, are finally balanced and give a much, much better atmosphere to the game in terms of music and sound. I can appreciate the really sinister moments, as well as soft situations where you can feel Black wrestling with his own identity and the despair of the world vs hope. No need for a surround sound situation, the Switch’s stereo setup finally delivers what I’m sure the game hoped for us all to hear. 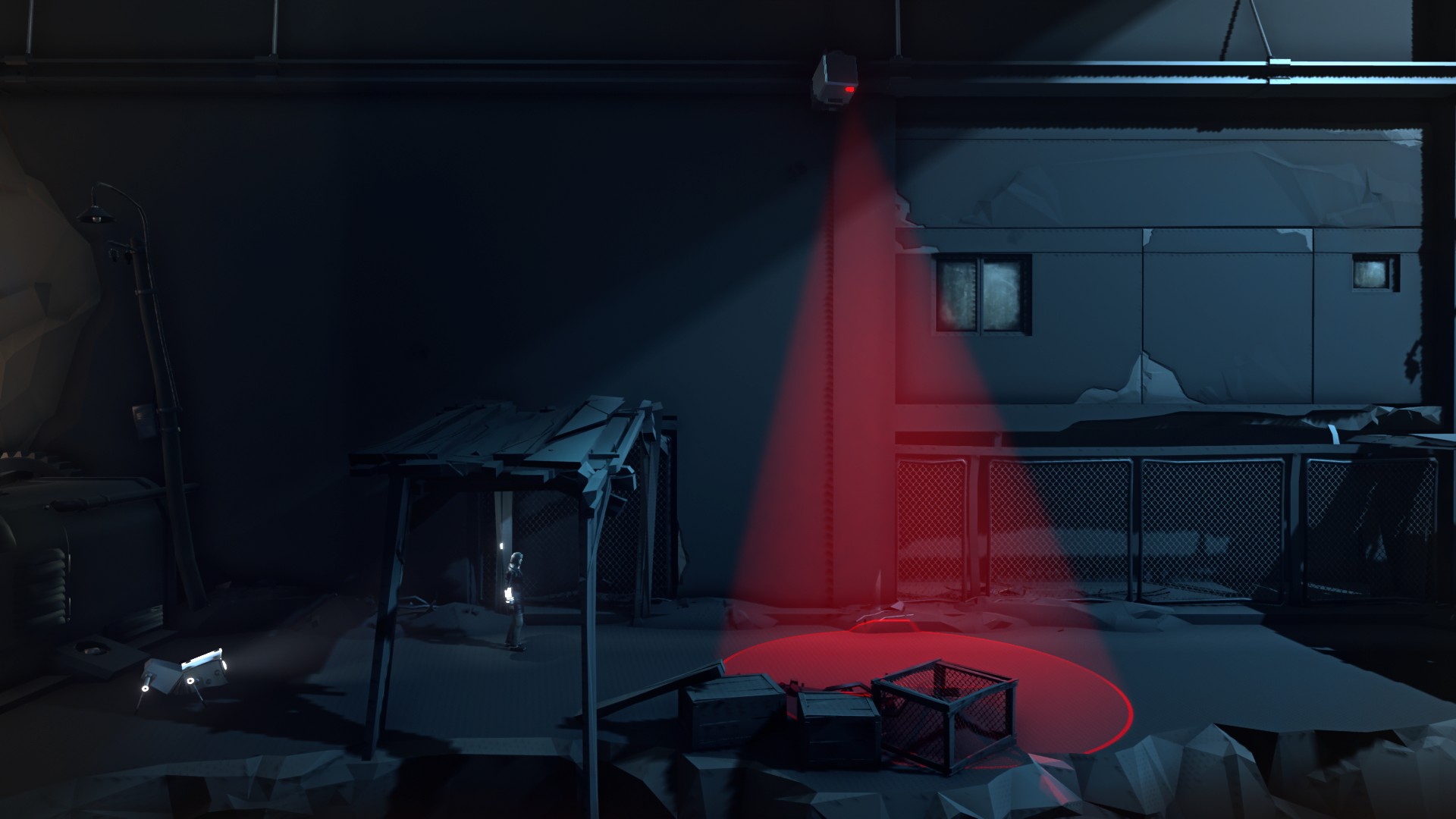 And yes, there is rumble, and there’s a rumble sensitivity slider that simply made my entire night. Some folk really enjoy the deep, sharp rumblings that the controllers deliver, but it’s always been too noisy and jarring for me. To finally be able to reduce the “noise” so that I don’t have to turn it off entirely but still enjoy subtle feedback is such a breath of fresh air. If nothing else was changed in the port, I would have been thrilled with this minor inclusion.

Black the Fall is still a compelling and interesting story, and the puzzles are still a pain in the pass, but the Switch is a great place to finally experience it. If I had to choose between playing it on this console and playing it on the computer, I’d choose the Switch without hesitation. This kind of appreciation and consideration without rewriting the whole game is exactly what I’m hoping to see more of from the studios as we move forward. Kudos to all involved. So if you’re ready for soul-crushing disappointment over and over again, get ready to take The Fall.