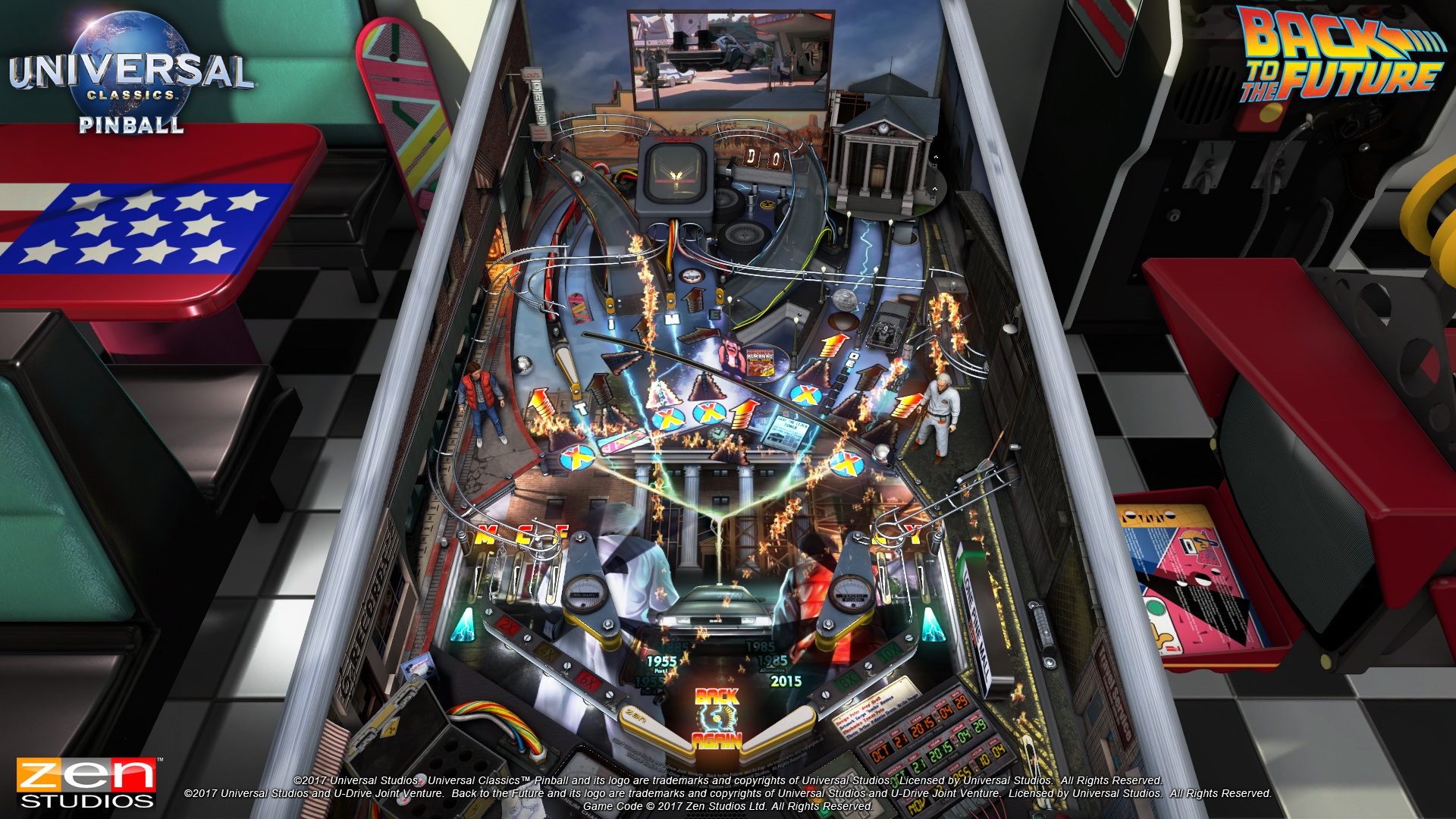 Far from sitting out and just having tables that are independently good, Zen also went ahead and partnered with some larger IPs and groups to create tables based around a slew of ideas that are awesome but, for one reason or another, don’t have a pinball table all their own. Maybe they were just outside of the pinball era, or maybe there are actually tables that exist but don’t necessarily do the IP justice. In any case, I’m happy to take a look here at a triple pack of Universal Studios movies that come to PInball FX3 in the forms of Jaws, Back to the Future and E.T.

Jaws, perhaps one of the most iconic of the movies listed above, only does a relatively good job of translating into a pinball table. There are a few different reasons for this, but let’s first take a look at the good. The table is relatively small, which adds to the claustrophobic nature of the movie itself and the encounters with the infamous shark that makes everything so grand and scary. Robert Shaw as Quint stands above the table, giving grim advice and spouting quotable lines the whole while as you try and navigate the marina in search of the infamous shark. There are plenty of spaces for the beast to hide, even on a small table, and you must eventually lower yourself in the dive cage to try and ferret him out, before eventually dealing with the beast himself. It’s got a suspenseful soundtrack that keeps you tense throughout the entire play, and I really enjoyed the colors and design of the table, overall. If you decide to play in enhanced mode with all of your FX powerups activated, this table quickly becomes a killer on high scores and crazy XP gains. 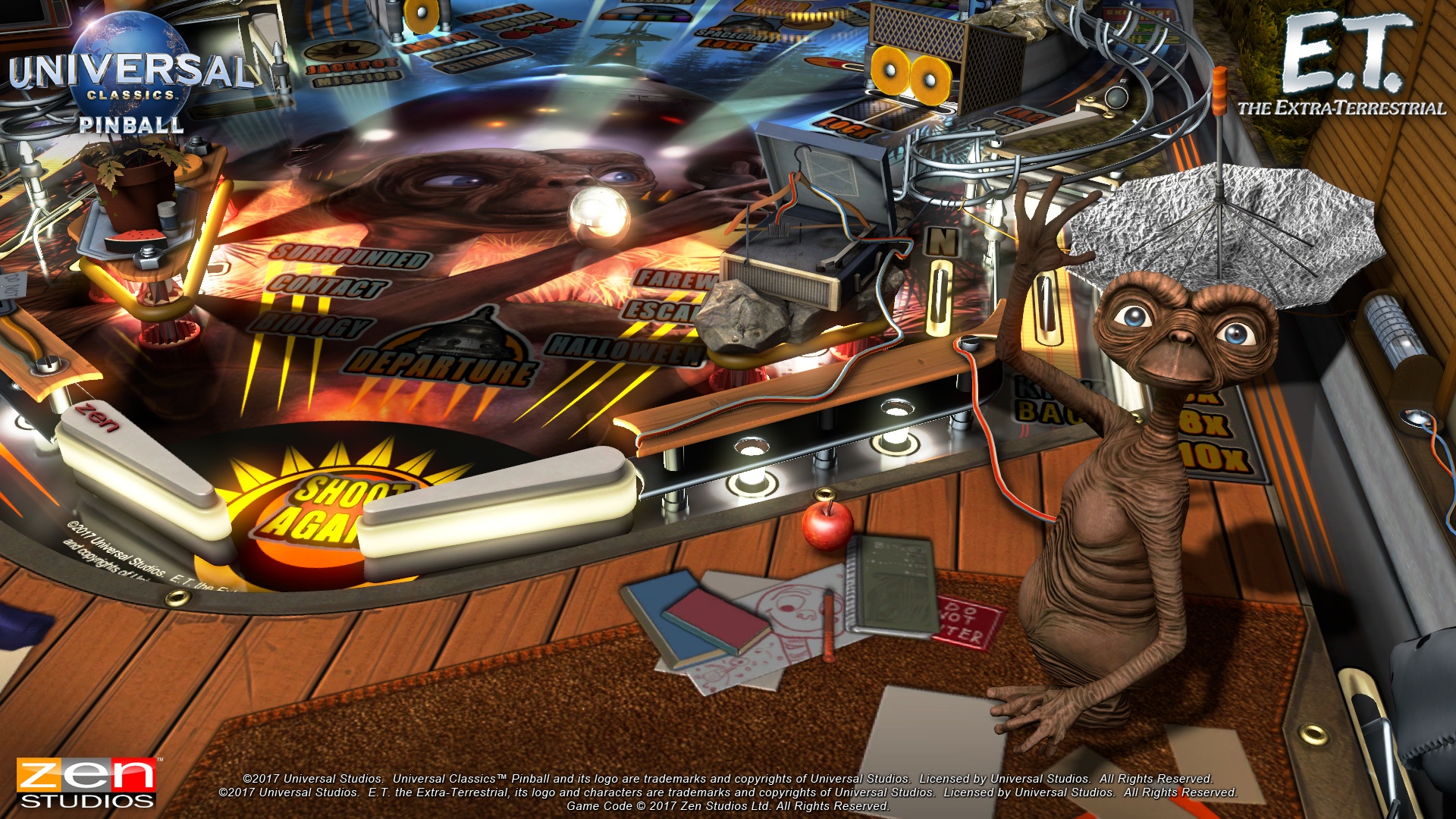 The problem comes from the iconic shark himself. Sure, in the movie, you don’t actually see Jaws until the very end, and all encounters with him earlier are done with off screen cuts or only small pieces of the gargantuan beast actually appearing. But this isn’t the movie: players aren’t going to want to sit at a pinball table for an hour and a half until they finally see the shark. As it is, you don’t have to play nearly that long, but far longer than you’d like if you actually want to see a great white appear in literally any fashion. It’s cool when the table starts rocking with the motion of the ocean, or when you start chasing spotlights to try and find the fin of the shark as it breaks the water, but there’s no big payoff unless you play with both skill and patience, not something everyone is going to employ on a table like this.

Back to the Future is in the completely other direction, with the Delorean, Marty and Doc Brown being prominent and consistent parts of the game from the drop. Focusing on a combination of the first and second movies, the Back to the Future table is also a bit smaller than I’d like, but uses space well in terms of ramps and setup. BIff and Older Biff do a wonderful job of blocking the ramps in an on and off fashion (like the buttheads they are) and activating different missions came across like a breeze. I don’t know who they got to try and capture Christopher Lloyd’s voice, but they did a pretty decent job. This board was incredibly generous in terms of replay and ball saving, and I activated the hoverboard multiball without even trying. Speaking of which, activating the multiball was almost eerie, since there is a reminder not to see your past self when time traveling, and yet here I am, playing with both my present and past shot on the same turn, and it definitely felt a bit weird. I still rocked out some good scoring as a result, but you have to understand the uncomfortable nature of it all. The visuals, again, are something to behold, and I do love the things that Zen is able to do with these digital tables that you simply can’t see on physical ones. The flux capacitor and the model town hall, sure, but having Marty zoom onto the table on his skateboard to start off the game? That’s just class. 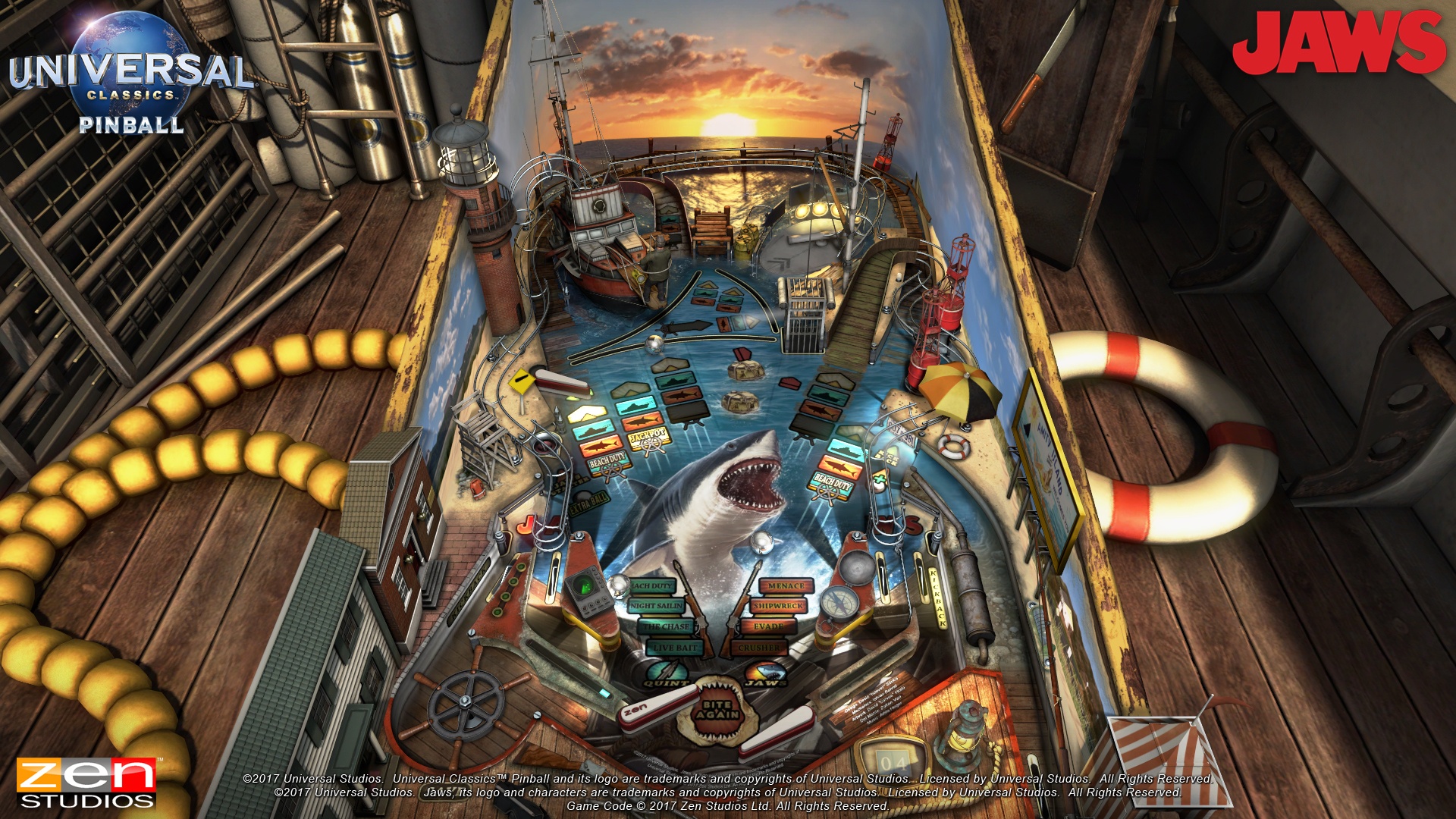 Lastly and, surprisingly, my favorite, the E.T. board is solidly built and performs wonderfully from start to finish. The titular alien is standing right over the right flipper from the very beginning, with Elliot guarding the left, and the three of you work to get E.T.’s spaceship moving so that you can take part in the different missions. This table has worked overtime to not only capture the essence of the movie on the table itself, but also to make it look like you’re playing it in a child’s room, which is such a whimsical touch. Every mission that is unlocked feels like it’s pulled from the movie, be it hunting for candy on Halloween to trying to dodge through the cornfield. It’s a childlike mentality to be in this game and simply relax while you’re playing, like a trip through time that a Delorean couldn’t provide. There are plenty of good ball saves, and there are a total of four flippers, making the game pretty madcap but also incredibly easy to make the ramps and shots in time. At one point, during an “escape” mission, my ball flew into the void, but, instead of a normal save or no save, E.T. used his powers to levitate the ball back into the center of the table. I actually found myself grinning at the way this was handled, because it’s just so pure and fun that I appreciated it on a level I didn’t know I needed. This was a loving dedication to a movie that really made childhood for a lot of people from the 80s and 90s, and I appreciate the touch that Zen gave to the whole thing.

All in all, this is a really decent package of tables, and collectors will find hours of fun with unlocks, leveling and the competitions that happen regularly when you’re as invested in pinball as you want to be. If you’ve completed your table backlog and need more to roll around on, look no further than the Universal DLC pack.