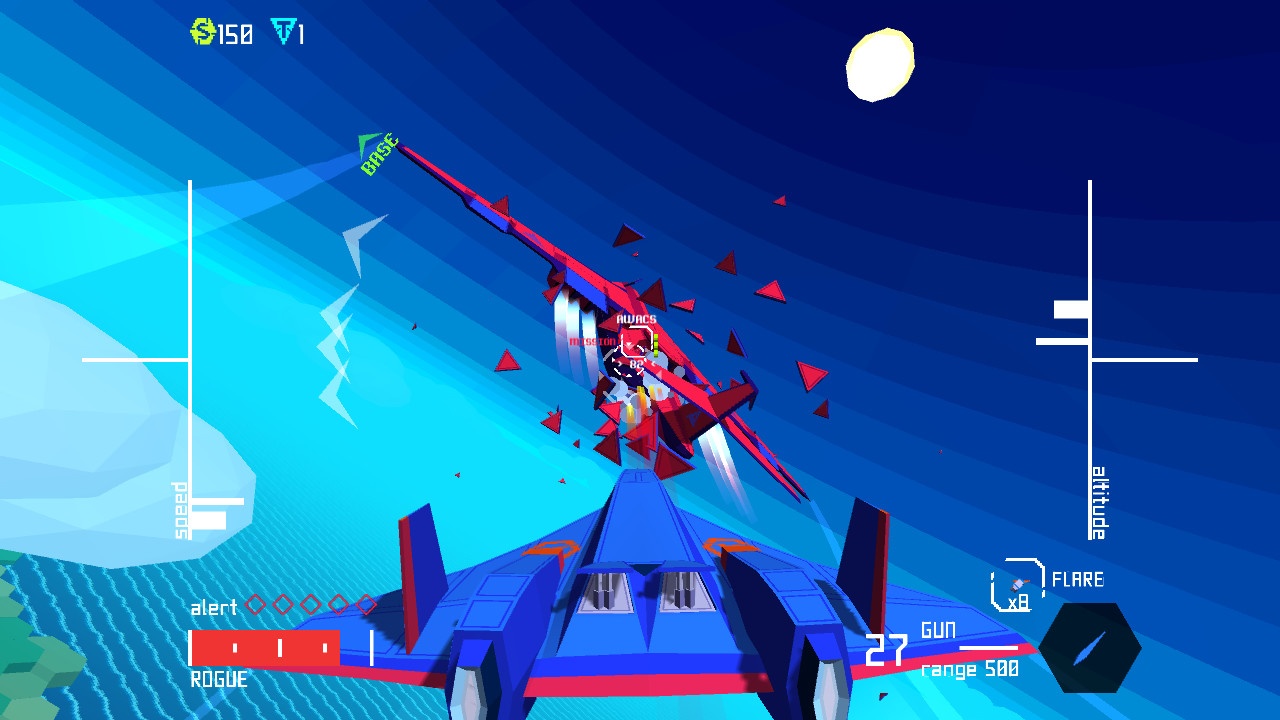 Sky Rogue is quite possibly one of the most fun flying games that I’ve ever had the pleasure to play. The game combines the satisfying and responsive gameplay feel of an action flying game, with the permanent death and the persistent upgrades that are so prevalent in modern-day roguelites.

From the very start, the player has access to an endless mode, and a free flight mode, besides the main campaign mode. The game also supports split-screen multiplayer, which I haven’t got the chance to try, but I imagine it can be pretty fun in later missions. The thing that surprised me the most was probably that the game has Steam Workshop support, and you can actually download custom made missions and aircraft, which includes various fighters from the Star Wars series, real-world models, as well as numerous that were made up just for the sake of it.

The way the game works is that you’ll be going on a mission at a time, and you’ll have specific targets that you need to destroy before you can go back to your carrier and call it a day. However, the islands where the action takes place tend to be filled with enemy structures, such as hangars and anti-air gun emplacements, and enemy carriers also tend to hover around these places, launching fighters until you destroy them. These are secondary targets, and you’ll be rewarded with credits and tech points by destroying these, and, sometimes, taking out enemy carriers and aerodromes can also make your life a whole lot easier. 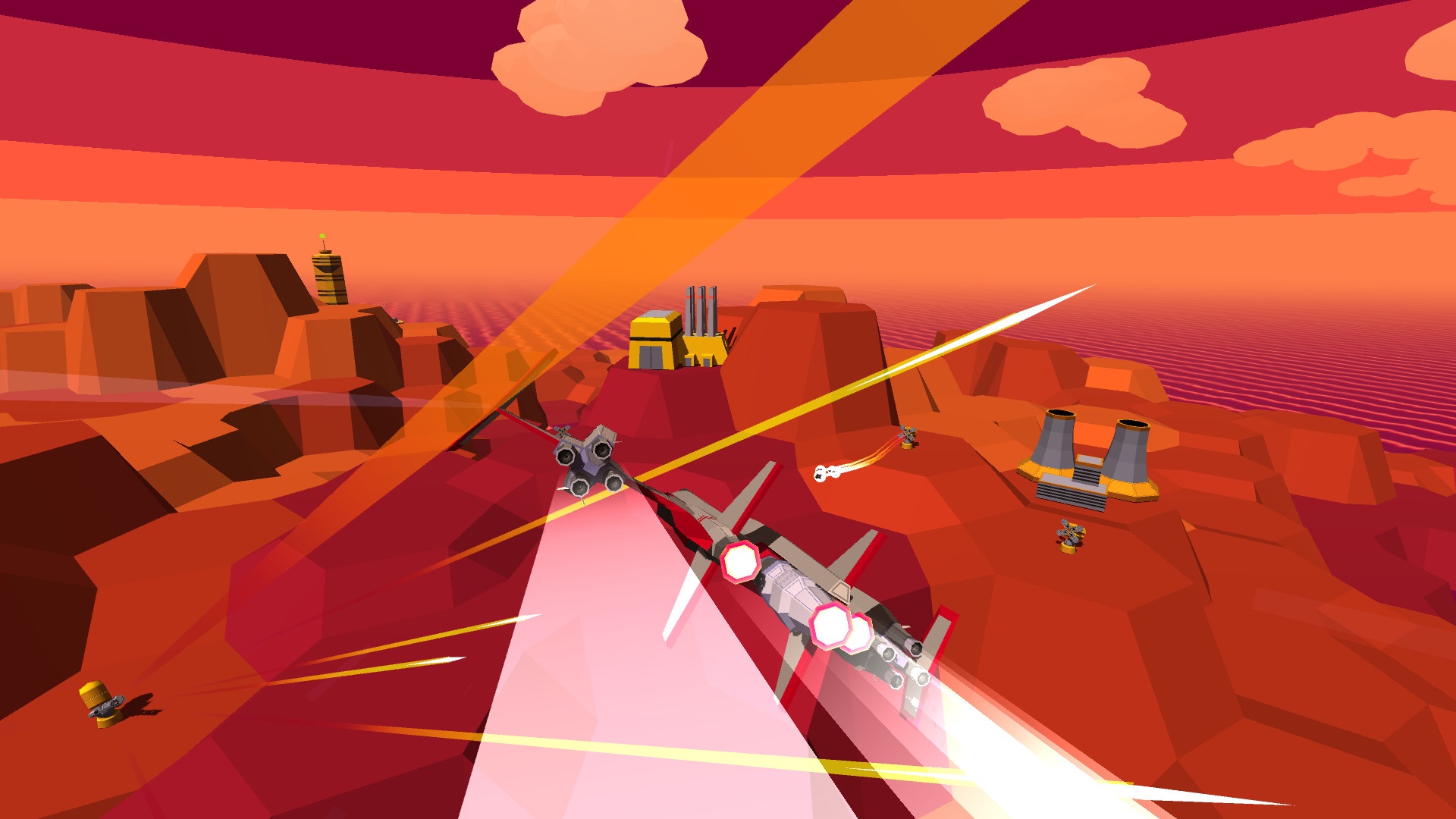 This is how the game manages to insert persistent progression across missions, and runs, by giving you the chance to upgrade your arsenal, which includes your weapons, countermeasures, as well as different aircraft types. These upgrades carry over from mission to mission, but, if you die, all your upgrades are lost. However, when you die, even though you start over from the very beginning, the number of tech points that you gathered on your previous mission will allow you to research new weapons and aircrafts, so death is not really the end. I personally like when games do this, they reward you for staying alive on a single run, but they also reward you when you die, by giving you new things for you to use on your future runs.

That’s pretty much what the core gameplay loop of the game is, complete the mission objectives, attempt to destroy as many enemy targets as possible, go back to base, buy some upgrades, rinse and repeat, and this is perfectly fine. The game handles perfectly, and each different type of aircraft handles very different from one another, so there’s plenty of room for players to find what’s most suitable for them and what they feel most comfortable with. Very much in the same way, the weapon variety also allows you to come up with different approaches on how to deal with enemies, from going head on and unleashing a rocket barrage, to locking onto a target with a long-range missile and leading it to its destination, the game provides you with plenty of tools to deal with the various different adversities. 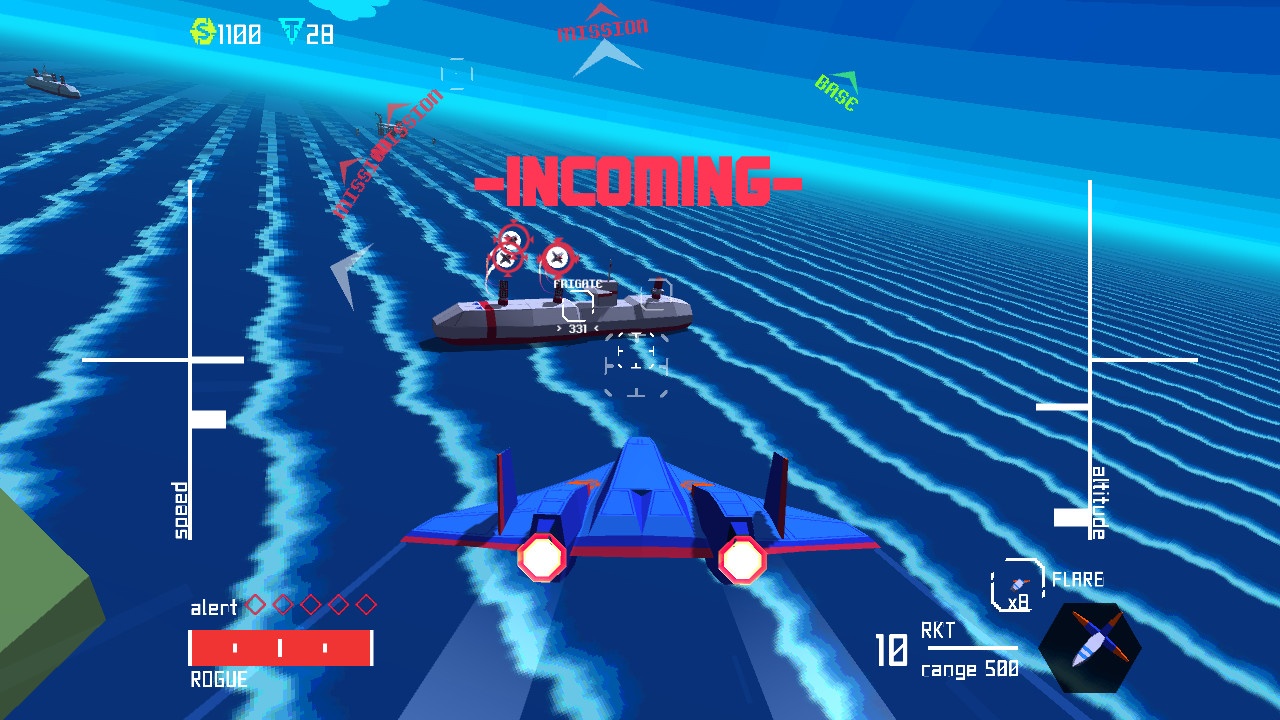 Given the game’s huge amount of diversity in terms of ordnance, you’d be correct in assuming that unleashing destruction is the best thing to do in this game. Flying above a carrier and destroying its four engines, while getting chased by a bunch of enemy jets, is clearly exciting, especially when you’re trying to dodge both flak cannons and missiles that are locked onto you. Still, I must admit that destroying stationary targets doesn’t feel remotely as satisfying as destroying enemy aircraft, as buildings just tend to flatten, while explosions in the sky are always a sight to behold.

The excellent gameplay, shooting, and handling, is greatly complemented by the game’s low poly aesthetic and its superb soundtrack, which is a weird mix of instrumental and electronic. As far as sound effects go, namely the way weapons sound, these feel more retro, and I must admit that I’m not really the biggest fan, but they get the job done. If you ever wanted to play something that’s just plain fun, this particular indie take on the arcade flying formula is probably the best that you can get right now, thanks to its combination of polished gameplay with roguelite elements, even if it can feel repetitive after long sessions.