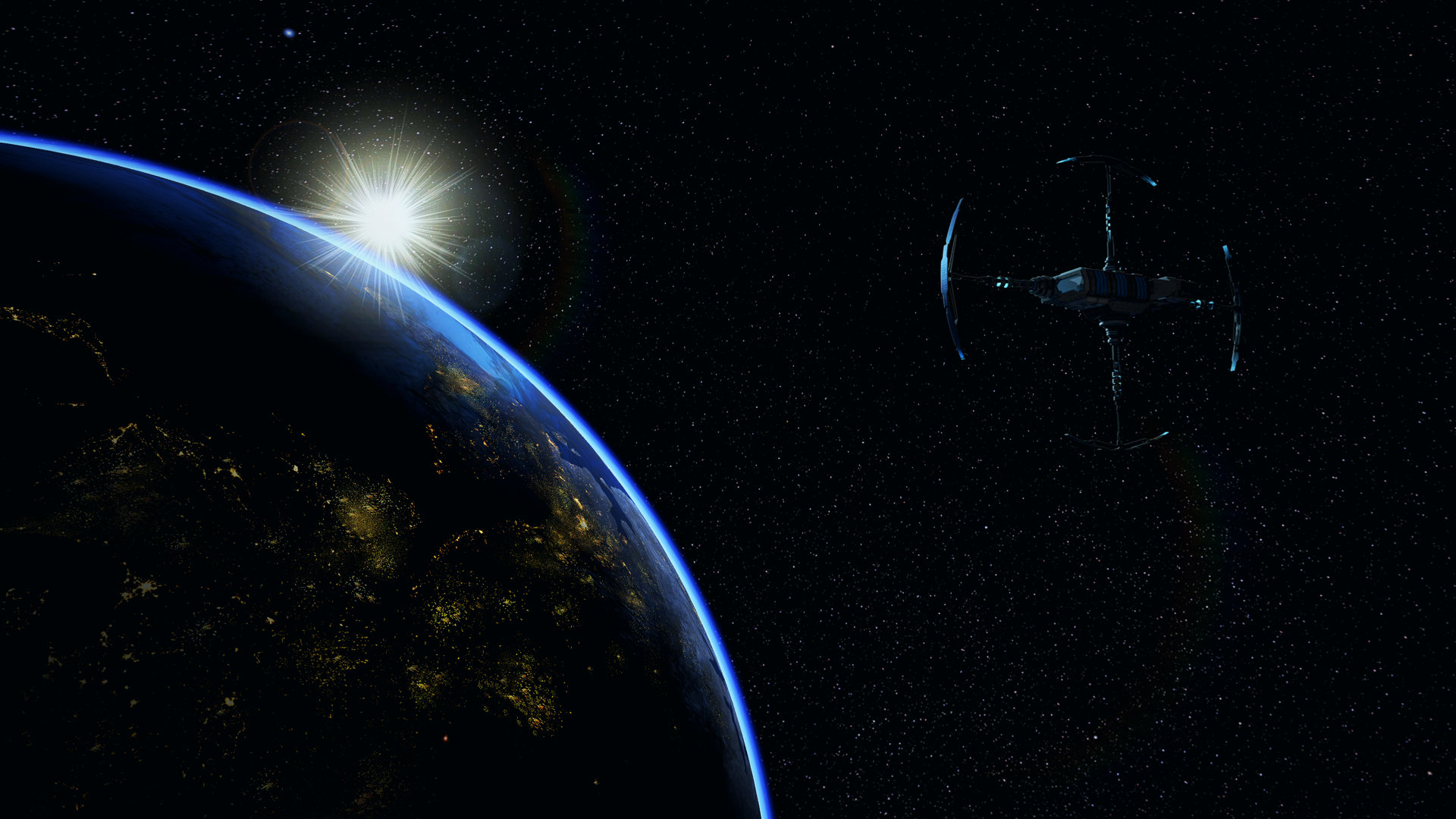 Over the last few years there has been endless “stuck on a deserted spaceship” game’s.  The sublime Alien Isolation and last year’s decent Syndrome come to mind. Sadly, The Station won’t be cracking any moulds or reinventing the genre but what The Station does do is create a slow-paced occasionally tense story through simple exploration.

The Station is a Kickstarter success story, listed back in 2016 it exceeded it’s initial $10.000 request finishing with a nice $5.000 on top and now the developers have fulfilled their promise in delivering a beautifully realised abandoned space station and an intriguing story. But to be honest with the team consisting of triple A staff from some of the big boys in the gaming industry with such titles as Destiny, sleeping dogs, Deus Ex, Bioshock and the original PlayStation classic Crash Bandicoot under their belt then the whole premise, design and subtle gameplay in The Station shouldn’t surprise you.

The basic concept is simply discovery through exploration. The space station has suddenly malfunctioned losing all the various necessities needed to function like navigation, communication and more essentially the ability to cloak.  You play a recon specialist sent onboard to discover why this has happened especially as the crew we’re in the process of contacting the first alien species we have found. However, the twist is that the newly discovered aliens are currently amid a civil war and having the space station dangerously adrift above the warring planet with no way to defend or communicate with the alien race below can only lead to catastrophe, so you need to discover the reason for the space stations sudden blackout and find its missing crew members. 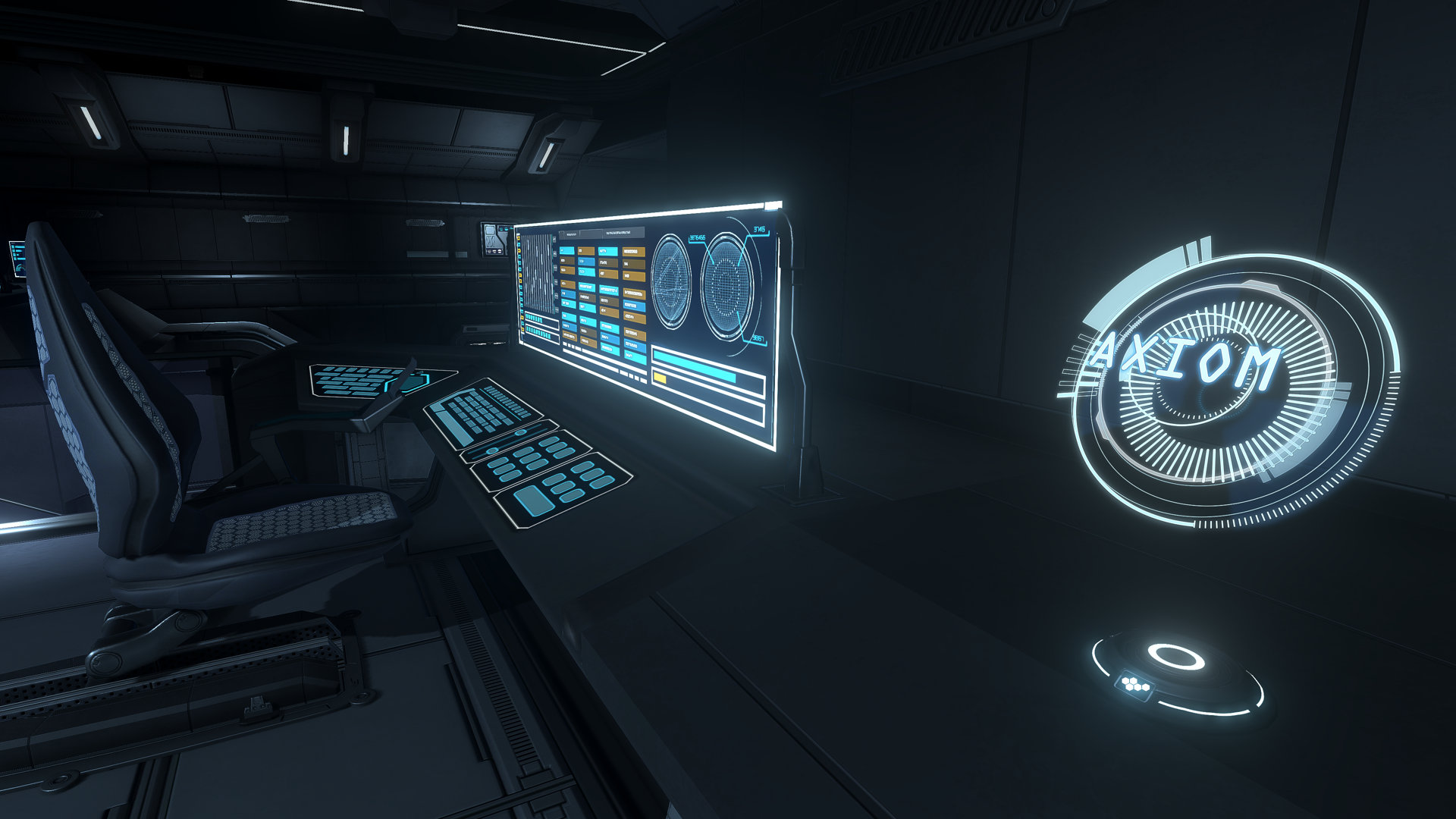 Graphically it is nothing original but there is a beauty in its simple and clean finish with the standard go to futuristic neon colours and emergency flashing lights throughout the station, but with that comes a great degree of visual variation (no copy and paste rooms and corridors here). The overall design of the ship is very well done with multiple rooms and area’s over two decks to unlock and discover. The developer has claimed each room holds a small nugget of story information to be found among the various interactive objects so be sure to check everything.

Throughout the game there are audio logs to listen to with small but interesting words of wisdom along with some valuable information via crew conversations. Other less important comments pop up as text and it works surprising well giving a brief in-site on the day-to-day interactions and relationships aboard the space station. Also, there are many documents and emails to read (these aren’t overly essential but it will help flesh out both the story and playtime).

Controls are nice and simple leaving you to wander the lonely corridors in peace and relative ease (no Xenomorph tracking you here). They consist of R1 for picking up the various interactive objects and holding L2 with it to move the items for closer inspection. L1 or O is for zoom with ducking also mapped to L2, R2 is for running and the triangle button is to enter the A.R.M (Augmented Reality Menu) which houses the Hud information like maps, inventory, collected voice logs and objectives.

The sound is this game must be especially commended because every environmental noise, sudden bang or simply your boots on the varying floor types has been implemented brilliantly and really adds to the overall presentation and heightens the gameplay experience. 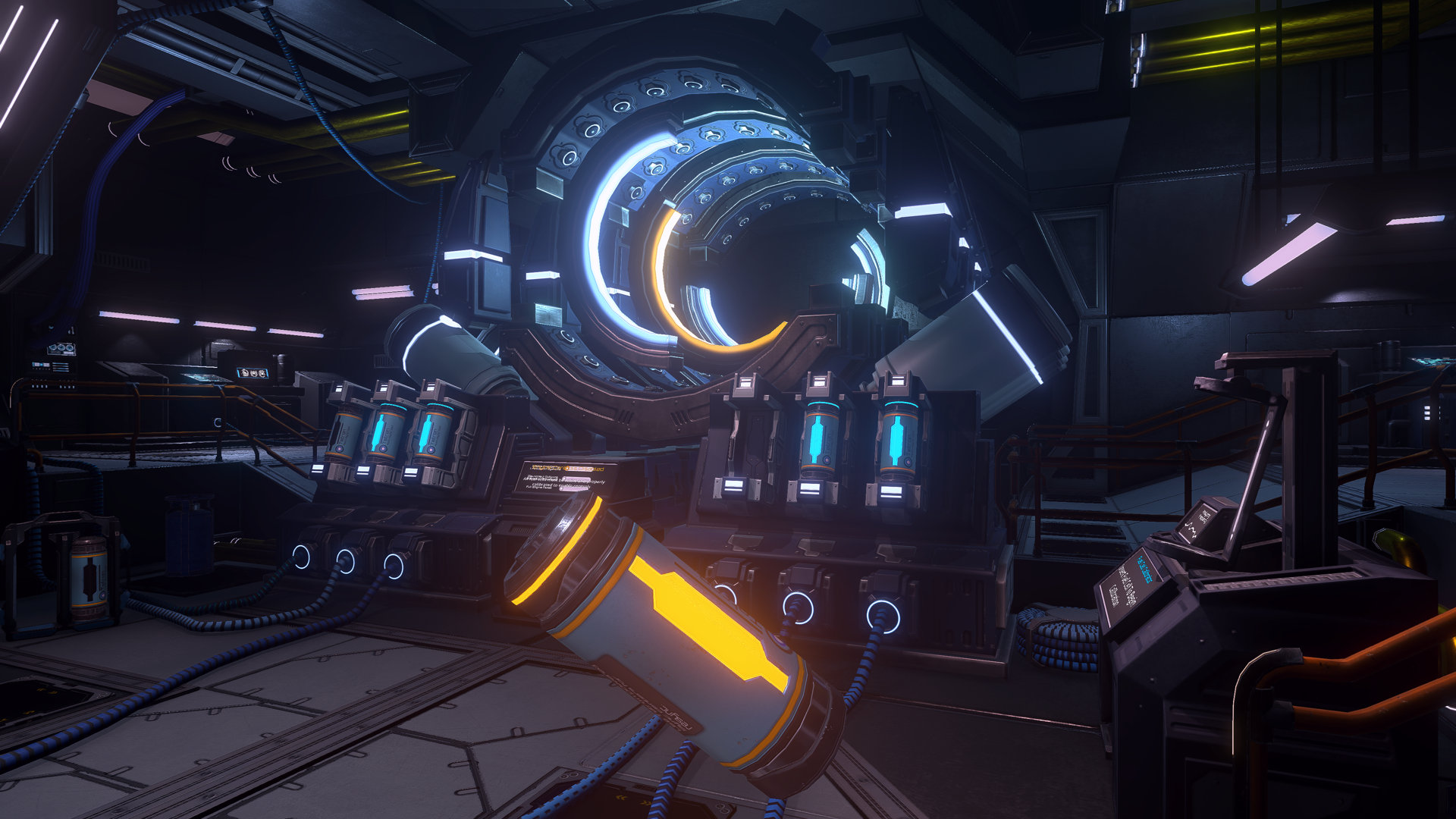 Unfortunately, The Station does have some minor negative points. The first is the frame rate which on various occasions dropped considerably especially during the running elements. Also, as good as the sound is every now and again I would get a little blast of what sounded like static, I have no idea if this is part of the game soundtrack or just an occasional sound bug, but as I’m playing a week or so before release there is every chance these minor issues have been addressed with the now all too familiar (and guaranteed) day one patch. Also, gameplay time is around two to three hours dependant on how strict you are in reading everything on offer so asking £15.99 seems a bit steep.

Another impressive aspect to The Station is the added extra of an external web address (www.ExploreAxiom.com) which has various documents and notes relating to the space stations original mission, it’s crew and the discovery of the Alien race and it really sets the tone and backstory of the game before you start.

Overall The Station is a very slow-paced exploration title requiring about 2-3 hours of investigating and environmental puzzle solving to unfold the story, but those willing to put the time and effort in will be rewarded when you eventually reach its conclusion as it’s has a nice little twist. It may be a little simple on the graphical side compared to likes of Alien Isolation but when you consider the small team and limited budget supplied via a Kickstarter campaign you can’t fail to be an impressed. I must say I had no moments of boredom during my playthrough and I can say it’s one of the most interesting and unexpected story conclusions I’ve played in a video game for a long while. I only wish there had been a PSVR option because The Station just screams VR.