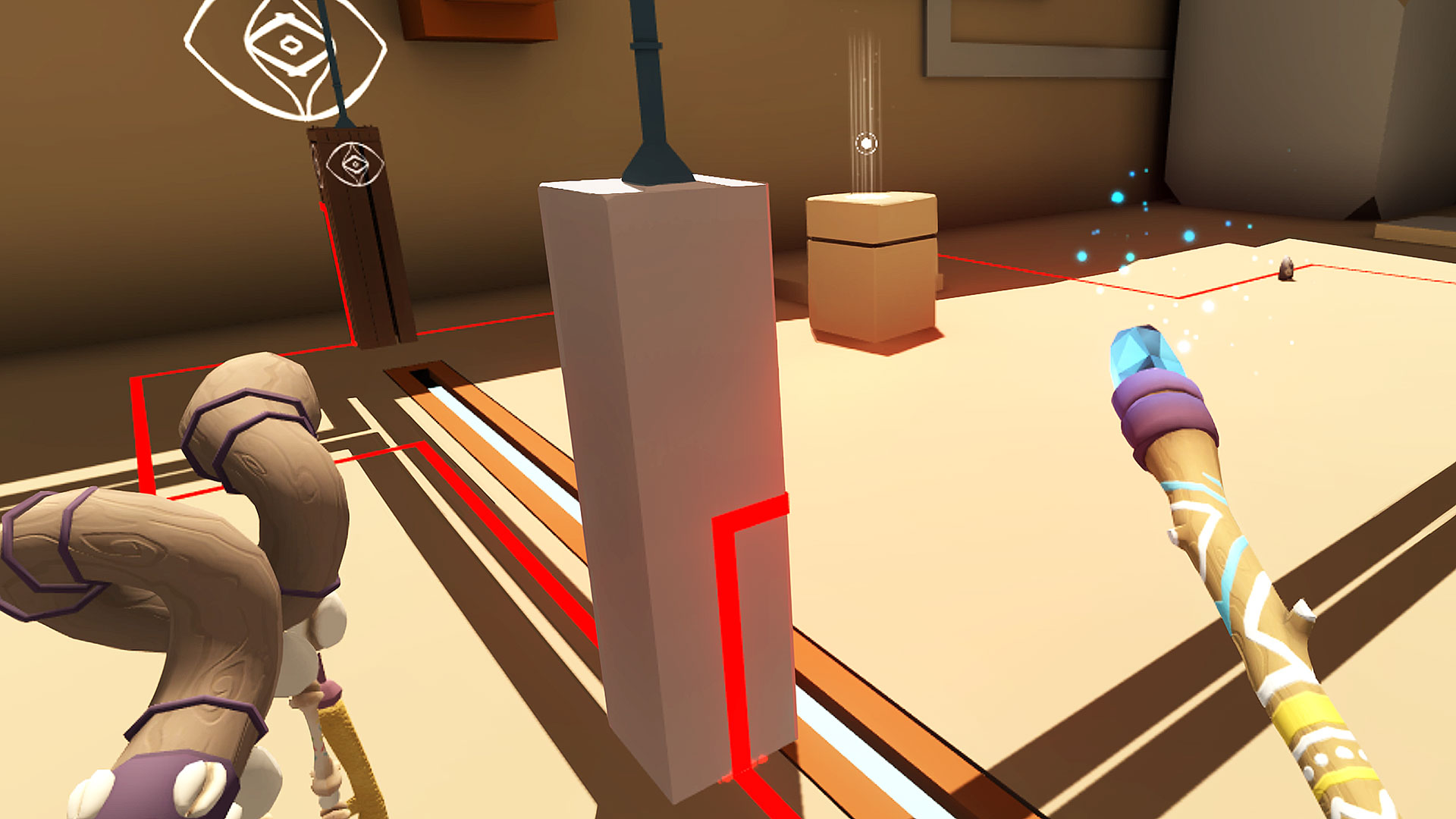 Rangi has finally arrived on the PSVR after enjoying relative success on other VR platforms. From developer Funsoft it challenges players to solve environmental puzzles by moving certain objects into specific positions to connect coloured lines while admiring the beautiful African inspired surroundings. ‘A sliding puzzler’ is the simplest way to explain its game mechanics but Rangi has so much more to offer.

You play a Shaman called Guriki who has been tasked to delve into the mystical world to retrieve the stolen lifeforce of the music giants and restore rhythm to the world. Throughout your journey you will find yourself in various stunning environments that all demonstrate the developer’s heritage and love for the African culture. Every level oozes an ancient African feel, the walls and ceilings (if applicable) are littered with symbolism and imagery with a Tribal soundtrack that gently and beautifully compliments the visuals making it a gaming marriage made in heaven.

Graphically Rangi could easily be compared to the stunning visuals of thatgamecompany’s classic’s Flower and Journey. It has a cartoon style animation with a hint of cell shading and the puzzles obviously share the same gaming genes as the brain frying puzzle title ‘The Witness’ but luckily not its requirement to have a Stephen Hawkins level of genius to complete. 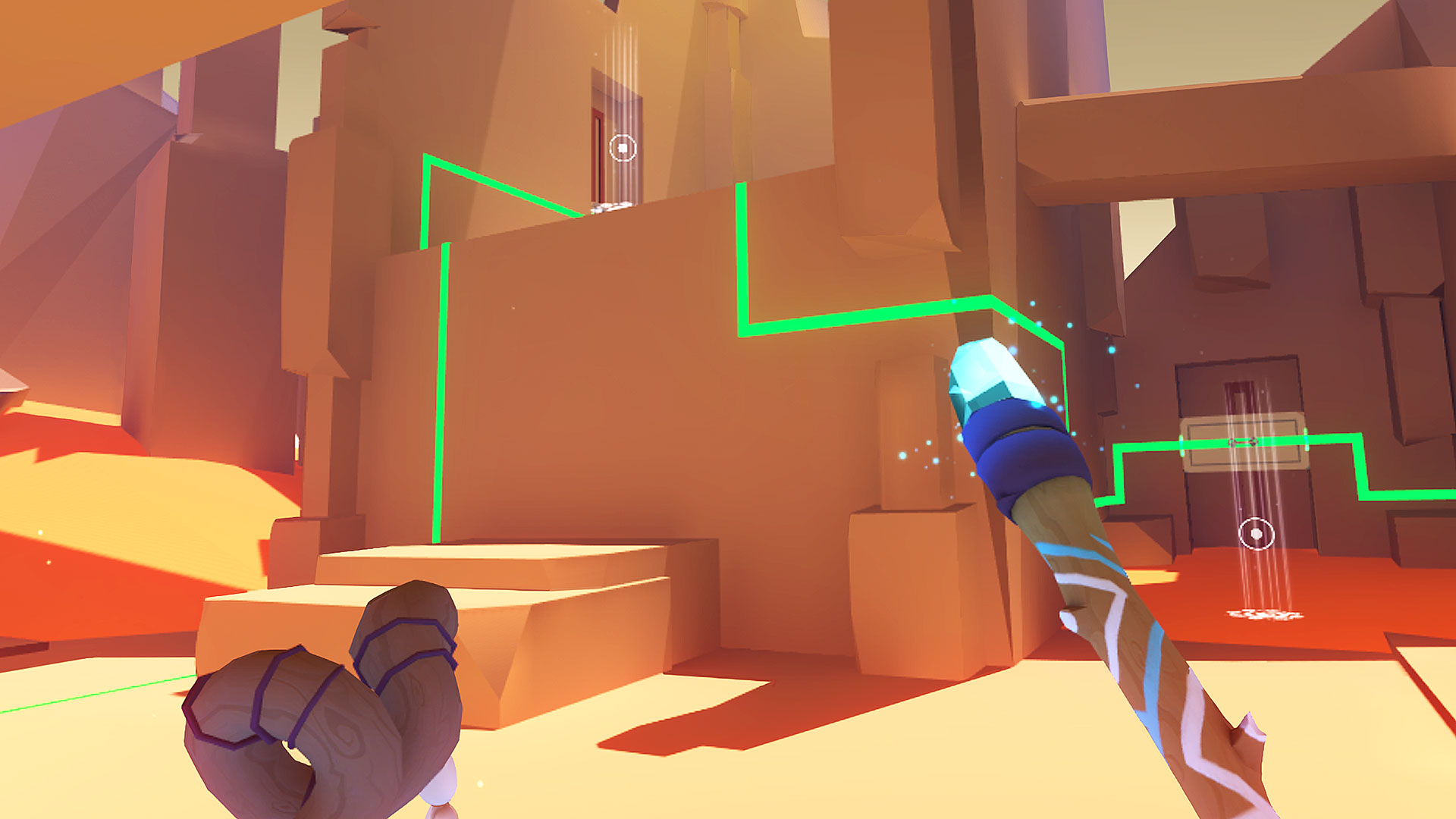 Most of the game you will spend solving the ever-increasing challenge puzzles that are all centred within ancient temples, but every now and again you can view the wider world in small VR flight sections and it’s just stunning. And because Rangi isn’t a timed puzzle experience you can just stop for a second and admire the beautiful African Vista’s. As previously said the puzzles involve mainly moving tiles or blocks to reconnect coloured lines to activate ‘Raiders of the lost Ark’ style mechanisms resulting in the opening of the next room/area and subsequent puzzles. As you progress these challenges become more advanced requiring you too often teleport between rooms to solve one bigger puzzle.

On occasion there is a refreshing change to the game’s puzzle aspect requiring you to reconstruct fallen statues or activate switches but all inevitably lead you back to joining the mythical coloured lines. Later levels also have you manoeuvring past death inducing obstacles and platforms including buzz saws and moving spike walls giving it another little Indiana Jones feel too it’s gameplay.

Movement in Rangi is as basic as it can get probably down to its origins on more simpler hardware. Onscreen there are highlighted spots for you to aim your controller beam at and teleport too.  These have been strategically placed by the developers to give you the optimum viewpoint to solve the 360-degree puzzles.  Moveable objects are also highlighted and can be moved or turned into their various positions by holding the trigger button and placing where you think they should go to allow the coloured lines to continue their paths. Teleportation is not my favourite of movement options and unfortunately Rangi offers no alternatives but the game has obviously been designed to allow the player to stop and admire the varying surroundings so other options would be unnecessary, however the later levels do increase your need to move quicker due to the many environmental death traps waiting to send you back to the beginning of the level. 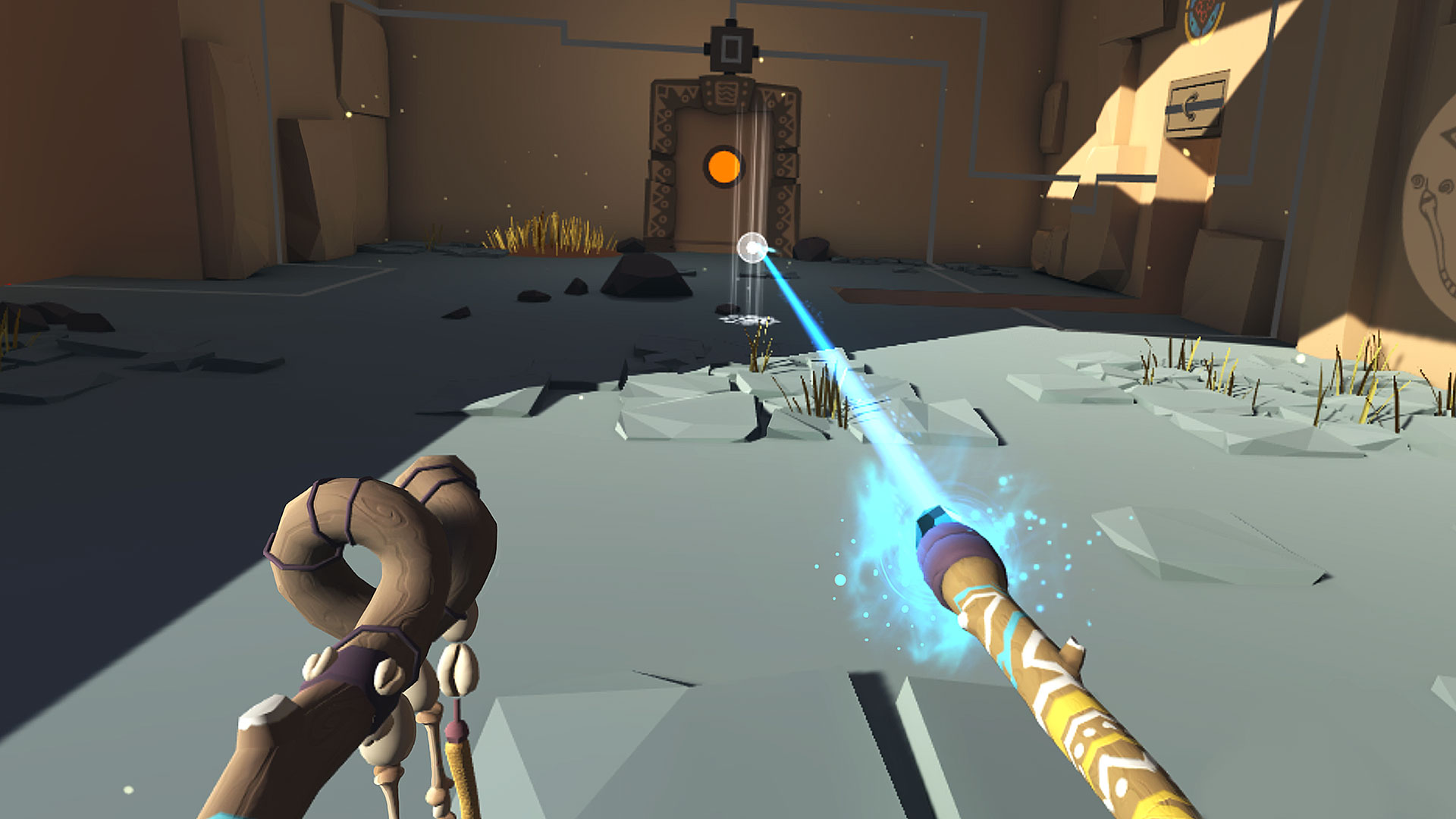 Rangi does however offer multiple controller options as you can play with either the Dualshock or single/double move controllers, the second move is redundant and is only used for a gimmicky onscreen club that plays no importance in finishing the game. Throughout the game there are various ancient artefacts to collect if you wanted to earn all the trophies and you will find most are clearly visible and easily obtained if you look around and visit every teleportation spot, but be aware trophy hunters there is NO platinum to be earned in Rangi.

Overall Rangi is an object based puzzler requiring a decent level of visual awareness and patience to solve the twenty-two levels of placement puzzles. It’s been beautifully rendered and incorporates the stunning African culture through its symbolism, art style and music soundtrack. It has near perfect VR implementation with only a little occasional tracking issue on some of the bigger puzzles but as with all VR titles this may be down to hardware set-up and not necessarily the game mechanics. The only real negatives must be the omission of checkpoints especially in the later levels as many of the puzzles can become quite lengthy to solve.It also has a short playtime and lacks any real draw to replay once initially completed. I finished it during one sitting in just over 4.5hrs and certainly don’t feel the need to play it again as within that time I did achieve almost all the trophies and saw almost everything Rangi had to offer. But to counter that negative must be its price, currently it’s on the PSN store for £7.99 which seems exceptionally reasonable for such a beautifully crafted slice of VR puzzle solving.